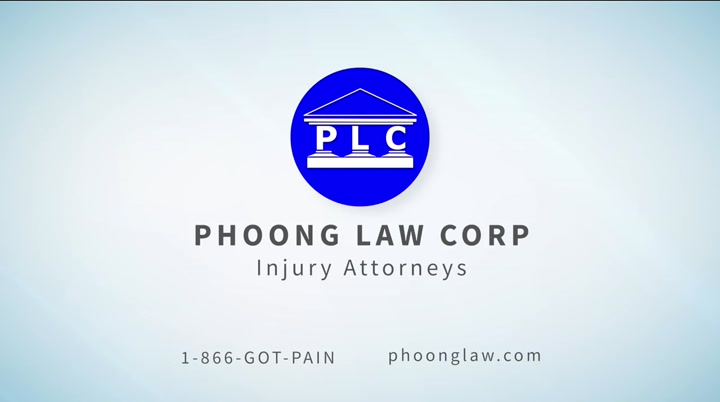 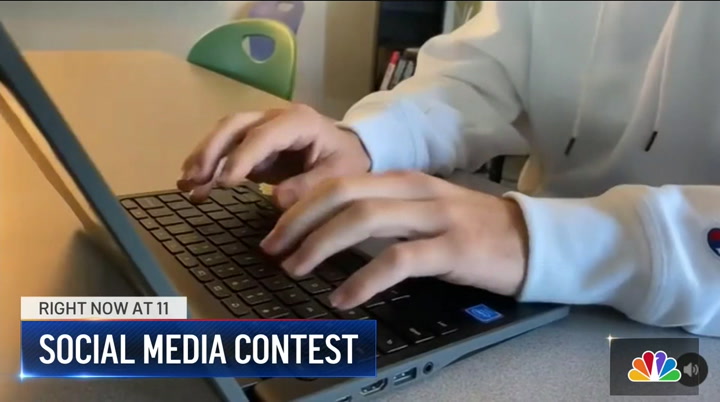 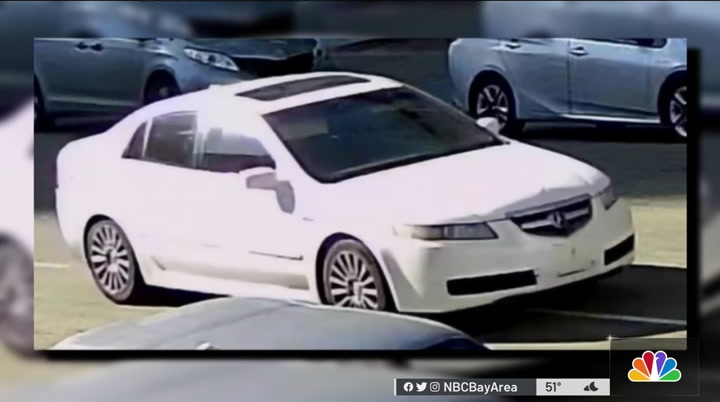 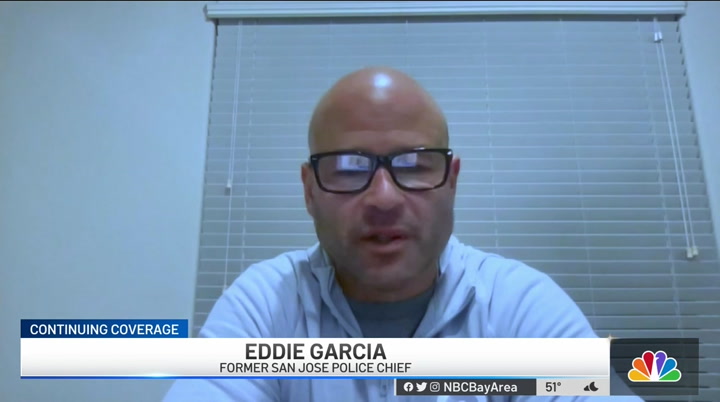 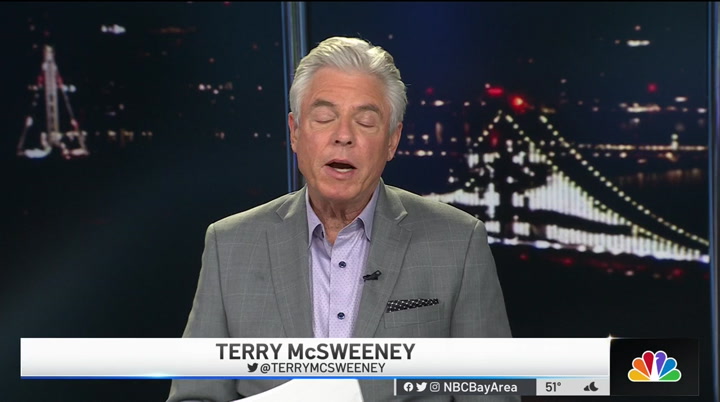 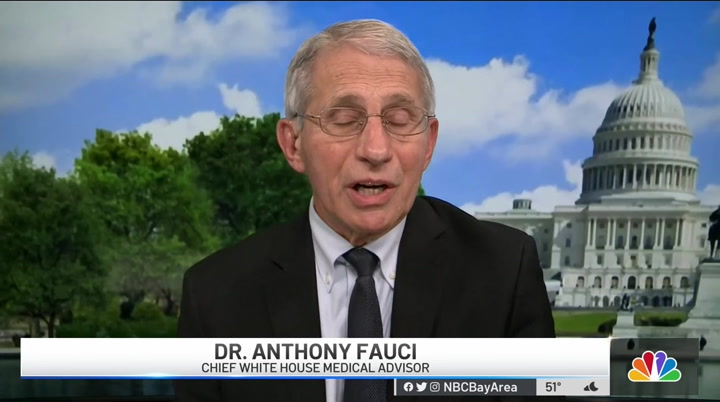 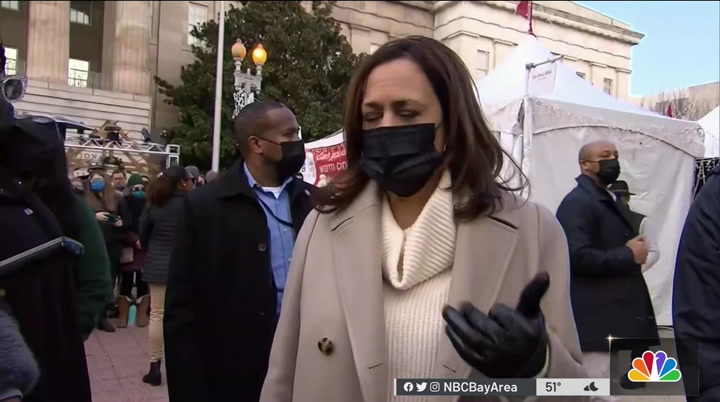 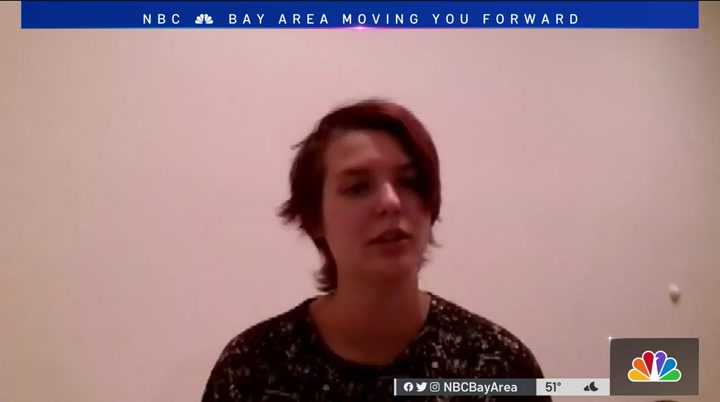 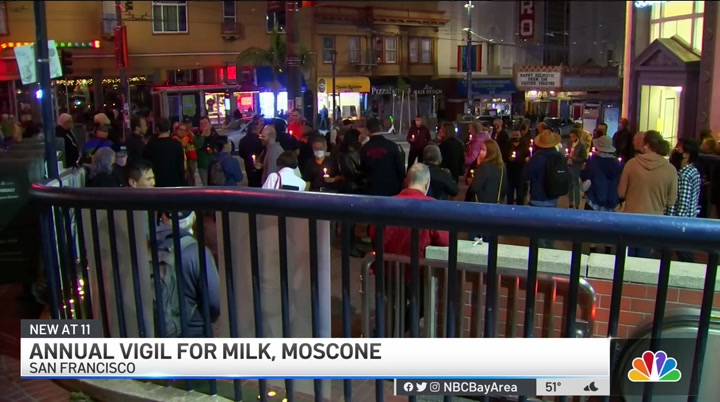 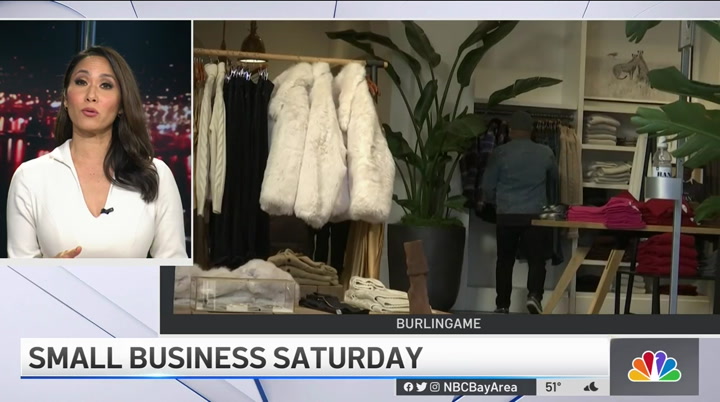 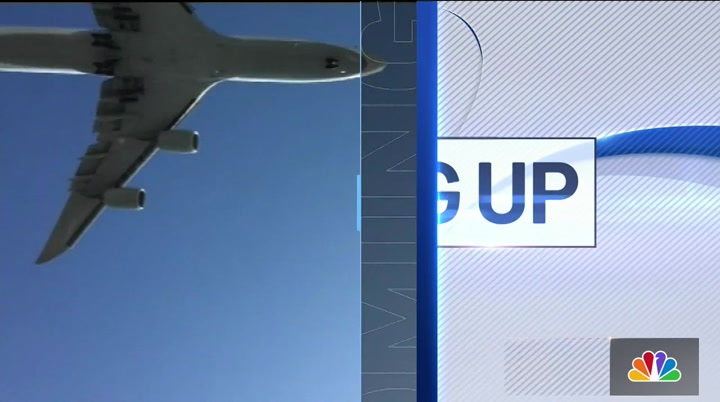 mrs. claus the shopping boss here to help you merry savers decorate with the best bargains ever! ross has savings on everything you need to get the party started. because who waits for shipping anymore? or guests?! i love saying yes to more merry for less at ross!
11:12 pm

mrs. claus the shopping boss here to help you merry savers find the best bargains ever! when you have the world's longest list you go to ross so you can work that budget and get those savings. i love saying yes to more merry for less at ross.
11:13 pm 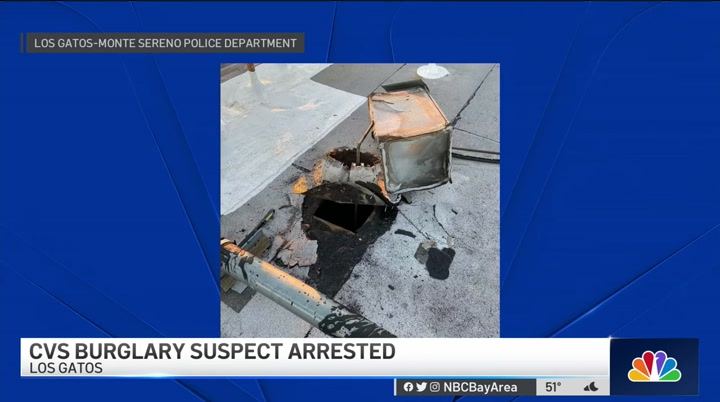 almost 80% of people who stow away on an aircraft fall to their death or die from hypo thermia. tesla wants to make it cheaper to deliver cars to customers, according to internal e-mail, they have delays in receiving cars, sometimes for
11:14 pm 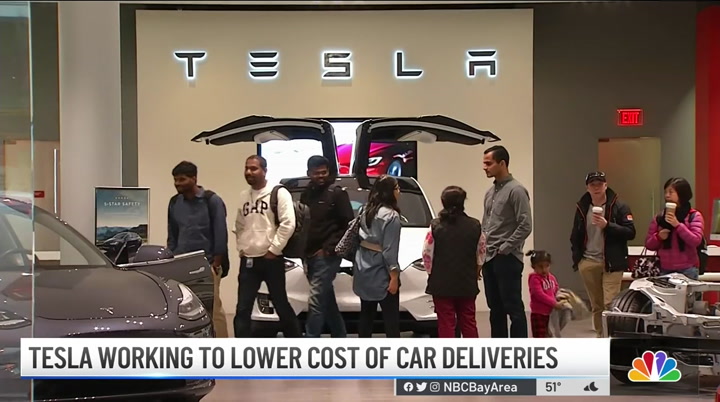 months and ceo is looking for look at ways to help meet the sales goals when delivery drop dramatical wli in the first few weeks of the next quarter. >> this is cool. an oakland fire house with bragging rights today in honor of its all-female staff. this is the picture of the crew manning fire station 19 today. it's not typical that the crew was all women but was today. the department tweeted the thanks for all of them for being an inspiration. >> you know what, autry, it's becoming to look a lot like christmas. >> you might as well sing it. you can sing very well. >> look at the 5 and 10, do you know what it is -- forget it. live look downtown after just a drive-through event last year, christmas in the park back and look at that tree, wild.
11:15 pm 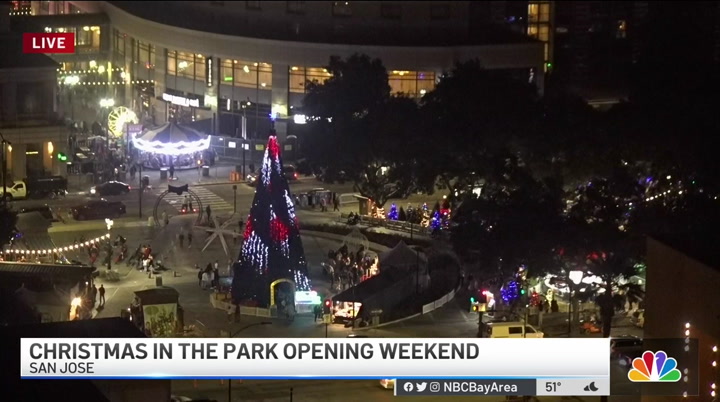 >> beautiful. >> you can do it in person but also they brought back the drive-through experience some people really wild. >> beautiful. the gingerbread house, back after a year off because of the pandemic. the team has been working for months putting together this magical life-size victorian. today marked the ribbon cutting ceremony for the edible art. >> looks beautiful and delicious. library book checked out from the boise public library in idaho is finally back on the shelves. the "new chronicles of rebecca" was checked out in 1910 and just returned this month. the circumstances are a bit of a mystery at this point. librarians don't know who checked it out or returned it. they say the book was returned
11:16 pm 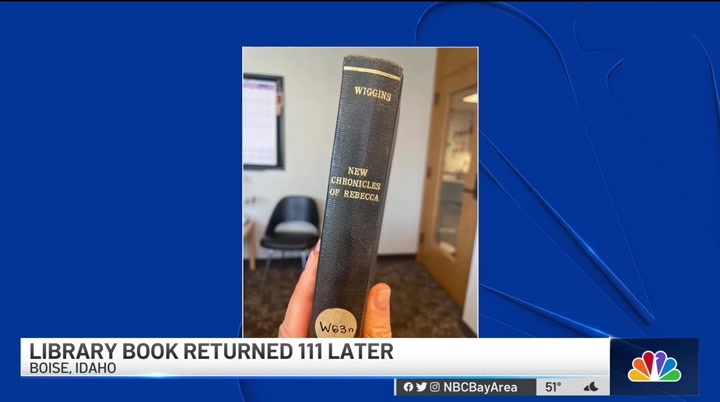 in very good condition. the boise public library went fine-free a few years ago. at 2 cents a day it would have racked up $108 late fee for being 111 years overdue. >> tell the lady at the library, it was a slow read. i couldn't keep going. one page at a time. >> and they decided to return it when the fees were over with. >> when the fees wrap up. >> expensive. check in with rob mayeda many i'm distracted by the tree behind you that is going wild. >> you could put it on the tv and watch it all. >> yes. >> add the music soundtrack that's probably playing right now. >> yes. >> quite a sight in san jose. by san jose standards, 51 degrees. may feel chilly outside. not too bad. not much in the way of patchy fog as the christmas tree continues there and christmas in the park it other spots of the bay area pretty nice. still upper 50s near san francisco without much fog and not much wind.
11:17 pm 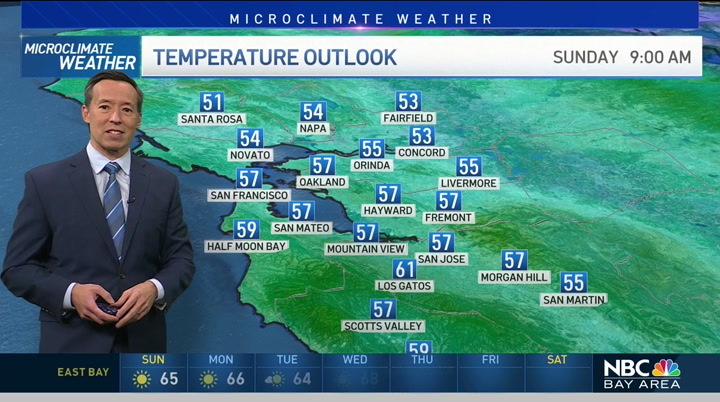 dublin, 48 degrees. in walnut creek, 50 degrees. with high pressure sticking around air quality and patchy fog will be the top issues we will be watching. you may notice tomorrow around the bay area a little bit of the haze settling into the valleys. moderate air quality for tomorrow. stay tuned. we will see if the numbers get high enough to warrant any winter-time spare-the-air alerts monday and saturday. from city camera view, not much in the way of fog. we don't expect much tomorrow morning. starting off in the mid 40s to mid 50s. by noon tomorrow, we are in 70s south of downtown, san jose. the santa clara valley tomorrow a range of temperatures from 70 to 75 degrees. it will be gorgeous. upper 60s to near 70 in oakland. no matter where in the bay area, we are talking upper 60s to low 70s. we have the vikings versus 49ers, the game with playoff implications coming up.
11:18 pm 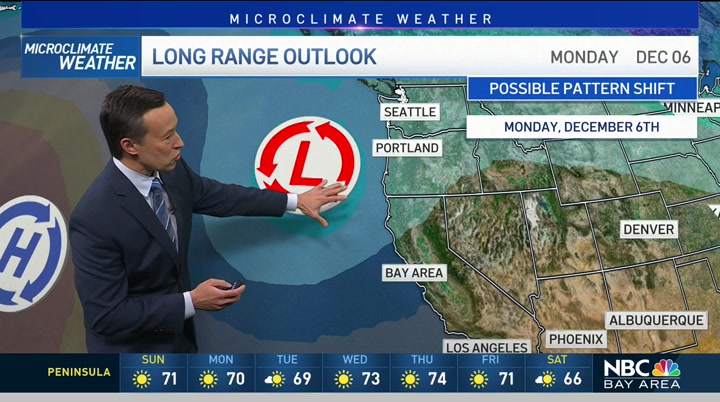 temperatures in the 70s. mid 60s towards 5:00 with mostly sunny skies. over the next couple of days we will have to watch more of the fog setting up inland from the central valley. light offshore breeze, may bring more into the east bay valley. clearly there's no rain here. you have fog, you have air quality issues, had is the likely source, high pressure kind of centered right over northern california in the bay area. it will trend a little stronger towards thursday. then we are hopeful it will back off just far enough to allow for a chance of seeing some rain or showers move down into northern california. so for now the best chance we may begin to see, any rain chances in the extended forecast, you might have to wait until about next monday. but stay tuned on this. some recent model runs have pushed more of this inland, which could involve gusty winds. so keep an eye on that forecast. we know we are on cruise control for the next seven days. not much change. mid to 60s in san francisco.
11:19 pm 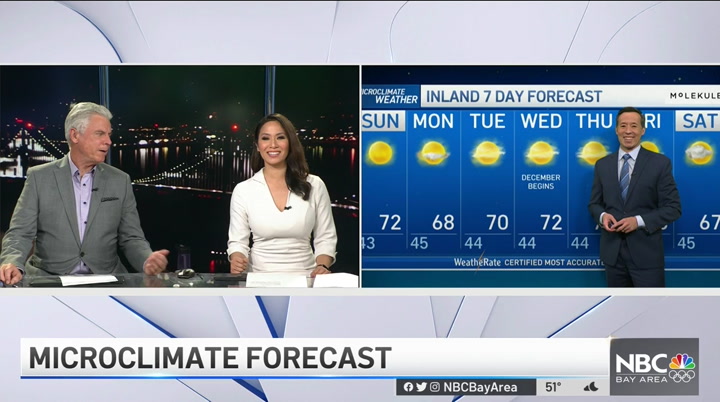 we are already into december. look at the temperatures, it is not going to feel like it. 70s for most of the valley for the middle part of the week. next weekend trending dry, and towards the ten-day forecast is where things get interesting. we will continue to fine tune that part of the forecast as we get towards next weekend. this weekend ending with a few areas climbing into the mid 70s. back to you. there's december for you to wrap up the year. >> right. my goodness. i was telling terry, it is snowing in boston where i came from. we are enjoying the 70s and 60s. >> glad to be back home? >> i'm glad to be back home but i actually want rain. i'm like, come on, let's bring it. >> that's a good point. >> ten days from now. a check with anthony flores. huge college football games being played all over the country but not a great year for bay area sports, but a chance to go out on top. >> there you go. >> that's the way i look. >> stanford trying to pull off a major upset in the season finale with notre dame. the chances of making it to the college football playoffs, stick
11:20 pm 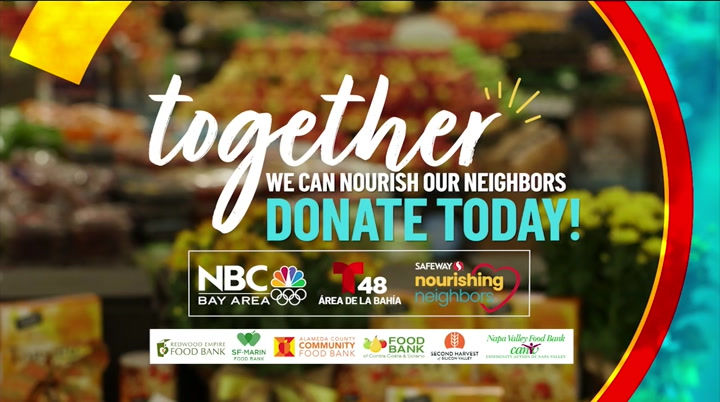 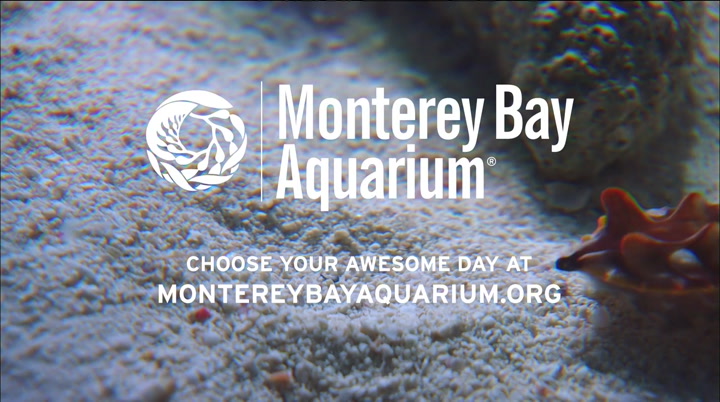 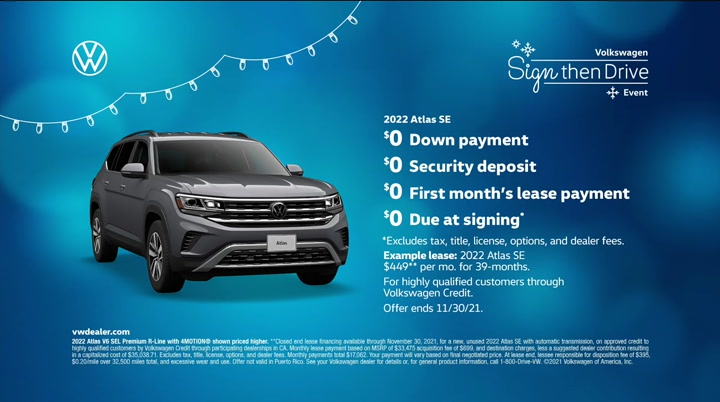 welcome back. i'm anthony flores. it has been a rough year on the farm. last weekend stanford lost. today they were trying to play spoiler against the fighting irish. taking on the fighting irish, notre dame ranked sixth in the season and playing like it. the cardinals' defense making a play. jonathan mcgill with the interception, returning 23 yards inside the 15 yard line. two plays later, austin jones powers his way into the end zone but it wasn't enough. noter deem beat stanford, 45-14. the cardinal end their season on a seven-game losing streak finish the year 3 and 9. cal on the way to take on your honor cla. the second quarter, chase garber calls his own number. he scores on the short touchdown run. cal grabs a 14-10 lead, but ucla
11:24 pm 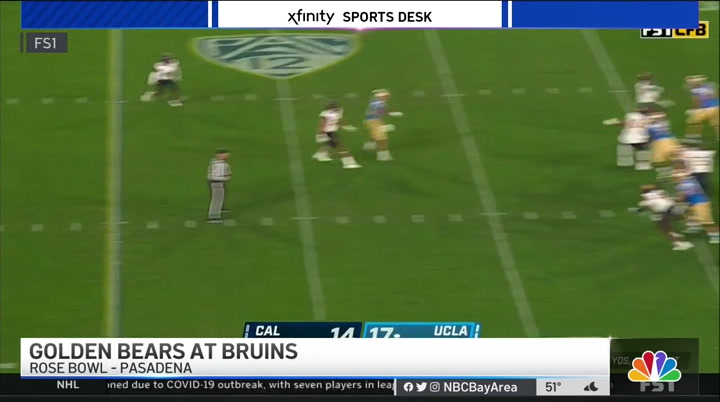 would take control of the game by rattling off 32 unanswered points. the bruins beat the bears, 42-14. cal closes out its regular season next weekend against usc. a big game for the 49ers tomorrow at levi's stadium. the red and gold will host the minnesota vikings. both teams are 5 and 5, and if the season ended today they would both be in the playoffs. now, there are still seven games to go, so the winner of this one has the inside track on locking down a spot in the postseason. now, they haven't played each other since the 49ers beat the vikings in the playoffs in january of 2020. >> i know we have a different defense coordinator but a similar style and similar defense. schematically i think it is similar, and usually there's a lot of turnover in three years. but go back and watch the games and there's still some of the main guys, especially on their side of the guy and you can see our guys, too. >> it will be an electric atmosphere. they're a good team, they're hot
11:25 pm 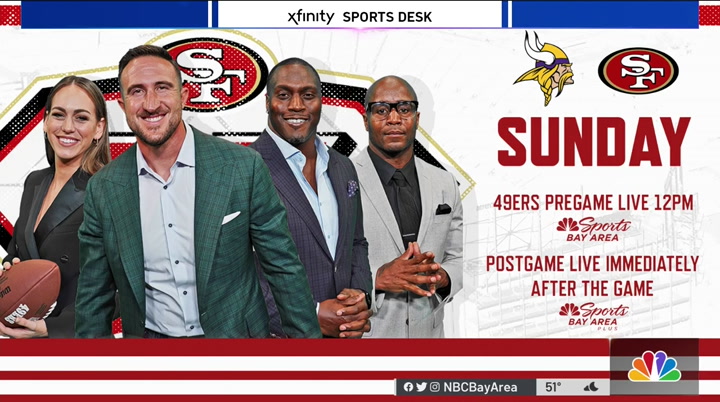 right now so we know what we're in for. >> check out dmng bay area "49ers pregame live" at noon. division five championship, top-seeded aragon taking on st. francis. this is our very own robert handa shooting the highlights. the sharks thinking upset. st. francis lead, 14-10 at halftime and then the dons would dominate. they used their size to control the trenches, out scoring the sharks. they win at 48-14. it is their first championship since 1994. we are back after this. the xfinity black friday sales event is happening now on xfinity mobile. now new and existing customers can get our best wireless deal of the year - up to $1,000 in savings - for a limited time only. on the most reliable network nationwide, plus nationwide 5g. act now and save up to $1,000
11:26 pm 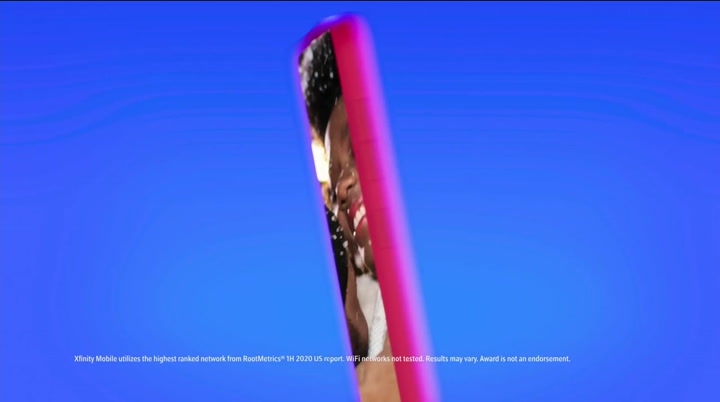 with xfinity mobile. so you can go all out on gifts for the family - during our best wireless deal of the year... the xfinity black friday sales event. click, call or visit a store today. i did some early shopping this year. one for you, one for me. awww. i love it. i got us a little something, too. yeah? yep. one for you and one for me. i love it! oh! actually, that was.. i love it! i like red. current eligible gmc owners get over 25 hundred purchase allowance on 2021 gmc sierra light duty crew cab models when you finance through gm financial. we are professional grade. gmc
11:27 pm 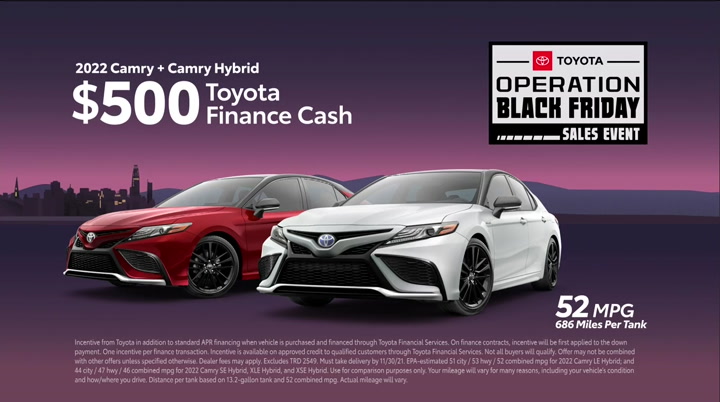 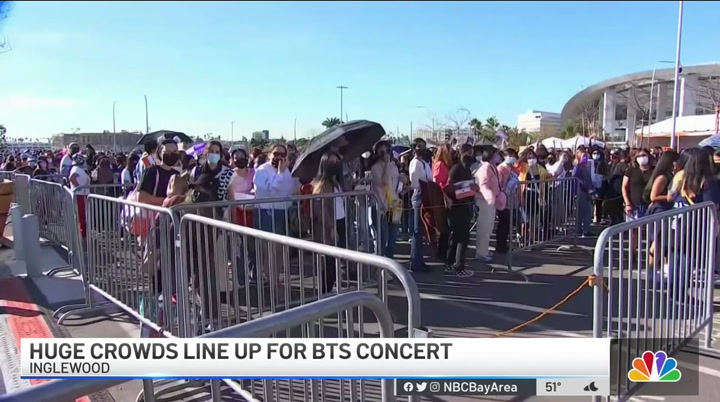 fans waiting for the korean popn l.a. it was their first live show since 2019. fans showed up early to buy merchandise ahead of the sold-out show. some came all the way from south korea. >> "saturday night live" is next. call 833-317-4673 or live chat at calhope.org today.
11:29 pm 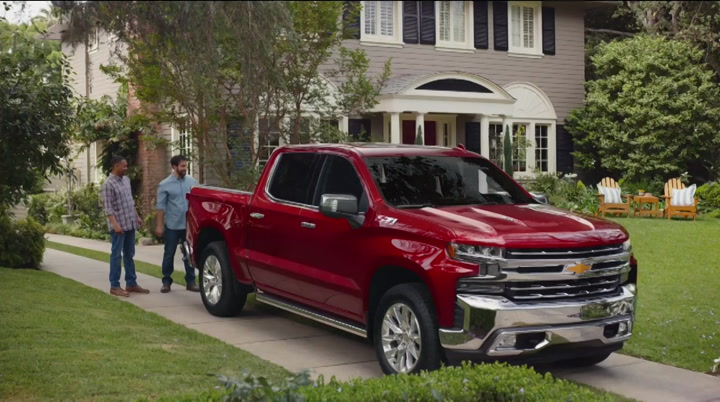