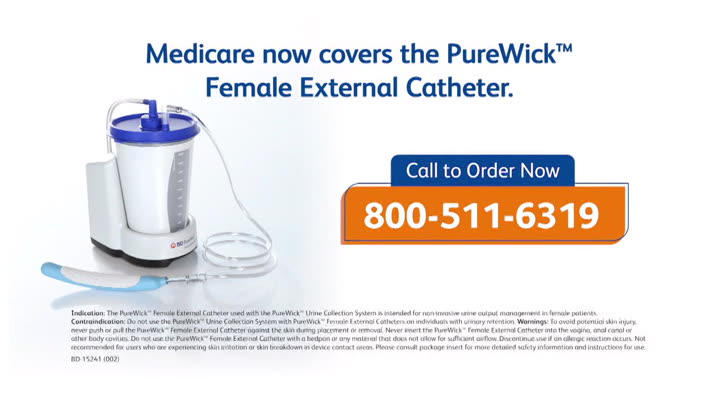 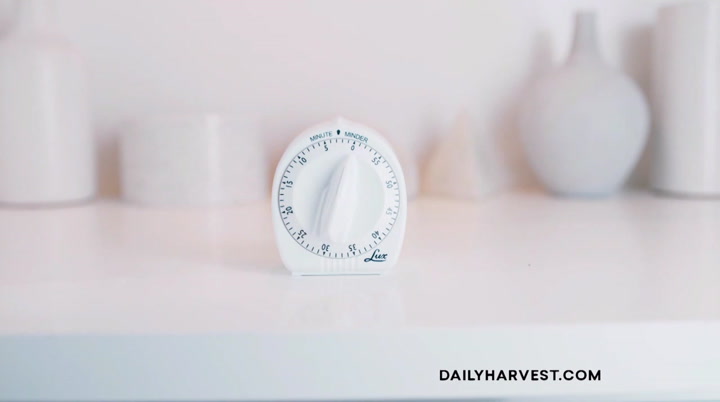 do you have a life insurance policy you no longer need? now you can sell your policy, even a term policy, for an immediate cash payment. we thought we had planned carefully for our retirement. but we quickly realized that we needed a way to supplement our income. if you have one hundred thousand dollars or more of life insurance you may qualify to sell your policy. don't cancel or let your policy lapse without finding out what it's worth. visit conventrydirect.com to find out if you policy qualifies. or call the number on your screen. coventry direct, redefining insurance.
1:43 am 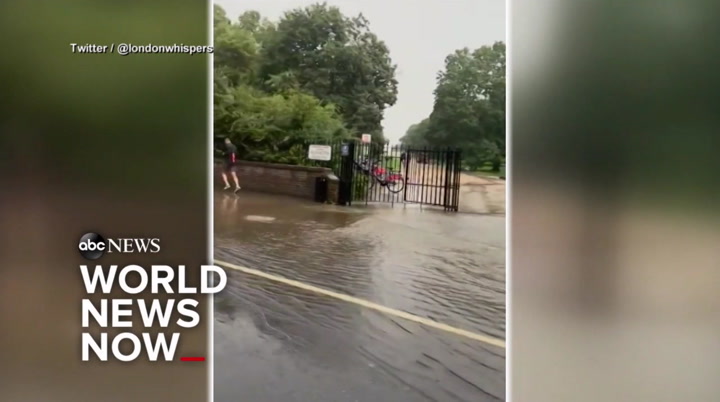 back, now, with flooding in london, after what was described as slow-moving, thundery downpours. one online commenter connecting it to england's soccer loss, saying it's not tears, it's real. a patient got a kidney meant for someone else. two care give givers are placed administrative leave. the kidney is compatible and the patient is recovering. burger king workers in nebraska decided to have it their way. they all quit. now, the world is taking notice. abc's christine sloan has their story. >> reporter: this morning, workers at a burger king in nebras sign outside of the restaurant, sign outside of the restaurant, before walk out the door. >> they wanted to put up a sign to say, there's not going to be anybody here. and a kind of laugh to the upper
1:44 am 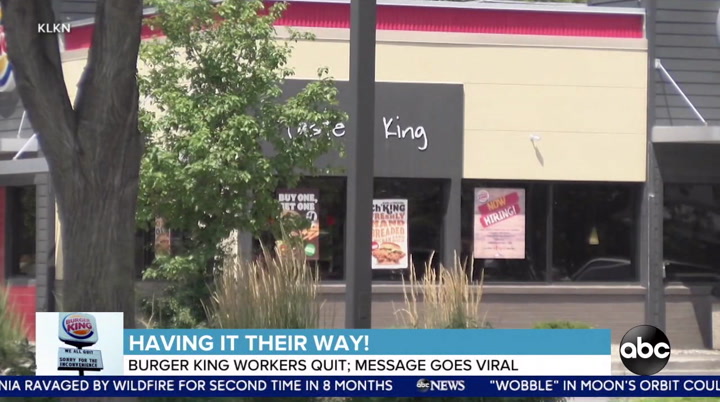 management. >> reporter: they banded together and quit to protest the long hours, lack of staffing and poor working conditions. the kitchen topped 90 degrees with no a.c. the general manager was reportedly hospitalized for dehydration. >> i knew what was going on staffing-wise. and we were waiting for more people to come in there. and i was going to fully quit then. but nobody -- we got nobody. >> reporter: burger king is not responding to our request for comment. a mcdonald's employee in kentucky quit in a similar way last month. >> people are not afraid. they go on twitter and tiktok. they are making workplaces know. >> reporter: it's not just fast food. americans across the economy are quitting their jobs in record numbers. a record 4 million workers in april alone. why is that? and what can companies do? >> i think what we found is during the pandemic, the service workers are the ones that didn't have a choice.
1:45 am 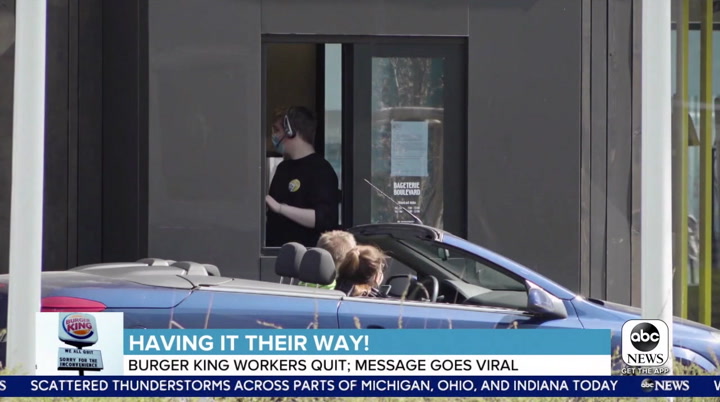 they can't work from home. now, people are saying, paying me enough. i'm being exposed to health hazards. >> reporter: some companies are changing their policies to adapt to the time, offering perks and some mcdonald's franchises, for e services, money for college tuition and other benefits to attract and retain workers. a recent survey found 95% of workers are considering changing jobs. and 92% are willing to switch industries. but experts say, talk to your boss before making any drastic decision. workers now have more leverage than andrew? christine, thank you. that was a wild way to quit. speaking of which, "that's wild" is coming up. we're talking about goldfish the size of footballs. >> thing of nightmares. the homeowner that found dozens of bowling
1:46 am 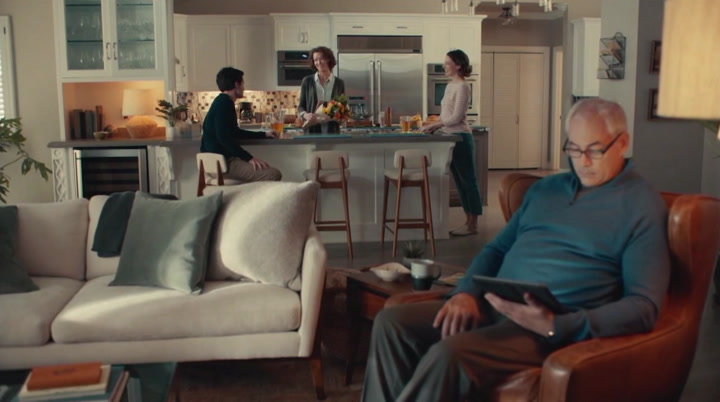 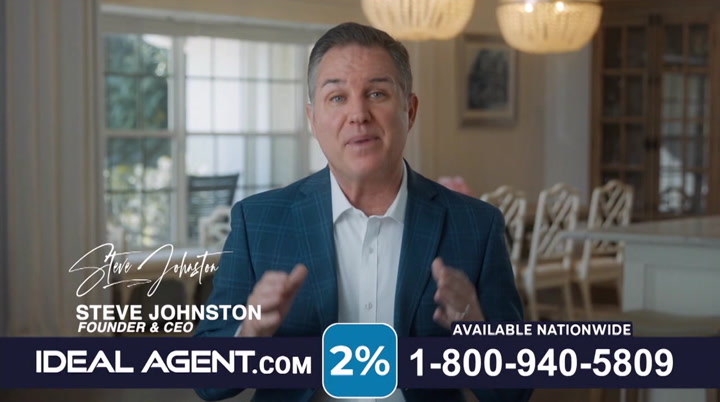 [female narrator] a message for children: it's hard to be stuck at home right now... but we want to say thank you... because you're being a big helper. when you stay home... you're protecting other people from getting sick.
1:48 am 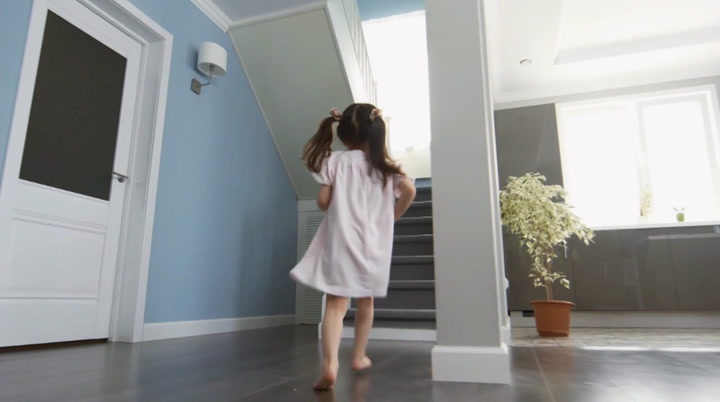 by calling a someone you love who's stuck inside, you're giving them a smile... and they need it! when you wash your hands- for like the hundredth time today... you're keeping your family safe. and by being brave... you're helping us all be brave. we know it's not easy... but helping will make everything go back to normal again as soon as possible. you're part of a big family of helpers around the world. and you're making a big difference. find ways to help children feel safe at unicefusa.org/covid19. that's unicefusa.org/covid19.
1:49 am 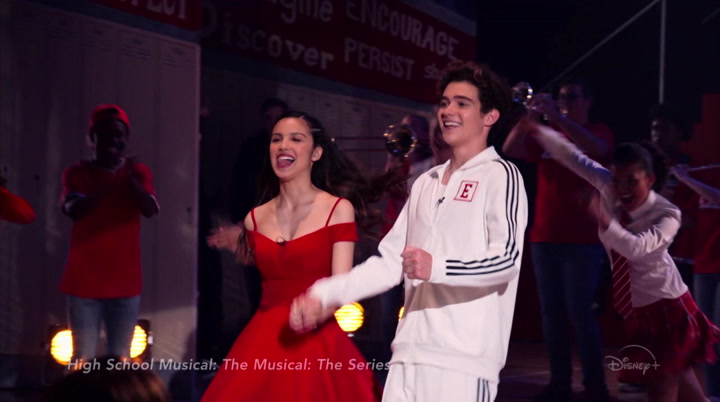 ♪ ♪ ♪ once you dig in you'll find it coming out the other side ♪ a man in michigan found himself a good time, once he started digging in. >> that is if your idea of a good time is finding dozens of bowling balls buried under your porch. will ganss was bowled over by this one. he joins us with more. >> reporter: that's my idea of a good time. we reported on the story that found 46,000 bucks in the floor boards of their attic. we also told you about the new york couple that found prohibition booze in their walls. this next find is right up our alley. while renovating his home, david olsen is having a ball. actually, he's having 158 of them. the michigan husband and father demolishing the concrete stairs
1:50 am 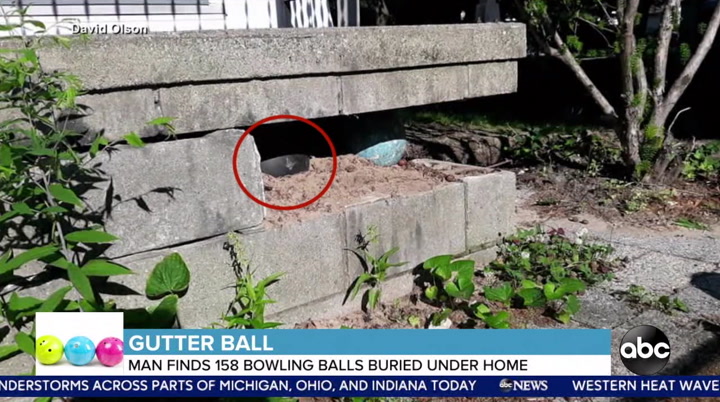 behind his home, when he uncovered something odd in the dirt underneath, a bowling ball. david not thinking much of it at first. perhaps just a ball or two to help fill some space. but it wasn't just one or two. turns out there were plenty to spare. >> it became mind-blowing. it felt like a paleontologist where you see it and they have the brush and they're dusting the bones off. >> reporter: four hours, david unearthing the mostly unfinished bowling balls. >> they're packed in there pretty tight. i had to wiggle some of the sand to get them loose. >> reporter: many without finger holes. but some labeled. brunswick bowling products, a local bowling manufacturer. how did the balls wind up underneath david's house? he thinks the original homeowner who built the house back in 1959 must have gotten a good deal on the scrap bowling balls from the brunswick factory and used them under the home instead of sand or cinder blocks.
1:51 am 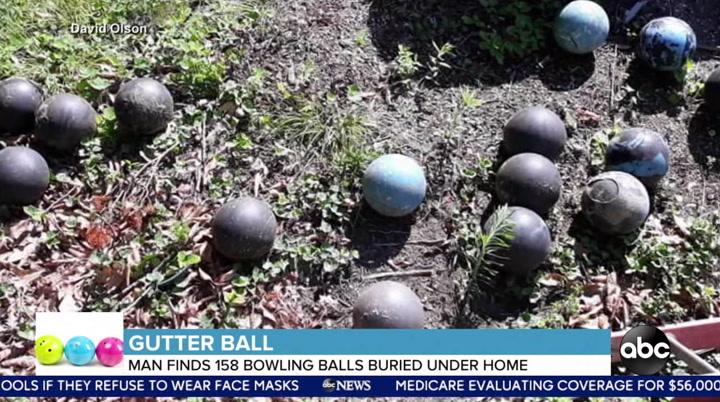 and although he's been living in the house for two years, bowling is up the olsen family's alley. david's grandfather worked at the brunswick bowling factory for 50 years. and it's his grandmother who encouraged him to share this story. the bookost ha2,40 shar.or n alth he says the entire house. >> for now, i think i'm happy with the 1258 i got out already. >> reporter: yeah. that seems like enough. what does one do with 158 bowling balls? some will be edging for landscaping. he donated eight of them to a nearby church. and he is giving some of them to his stepfather to use them for custom furniture legs. >> or the trash is another place. landfill, maybe. >> reporter: i feel like we're burying the lead, though. no pun intended, burying. can you tell these people what your top bowling score is, andrew dymburt? >> 297. >> reporter: 297.
1:52 am 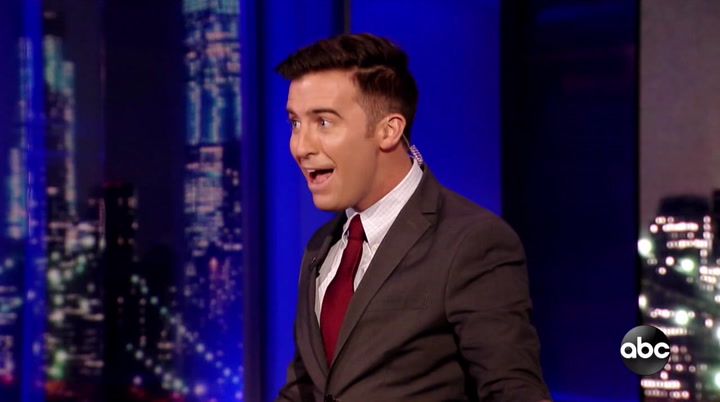 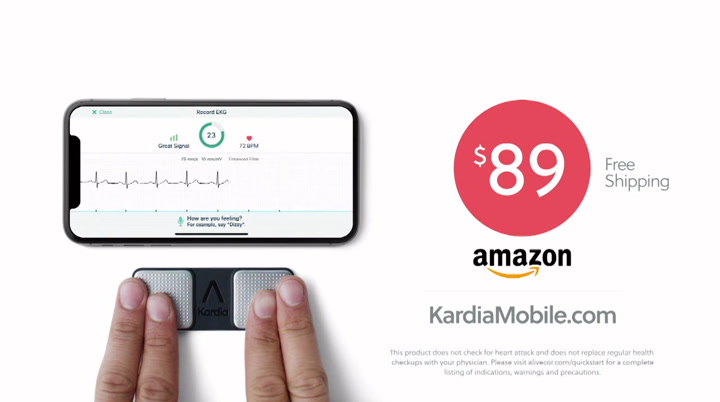 you've been investing in your home for years. making monthly mortgage payments doing the right thing. well, that investment can give you tax-free cash just when you need it. learn how americans 62 years and older are accessing $100,000s in tax-free cash with a reverse mortgage loan to pay bills cover medical costs create emergency funds and more if i thought a reverse mortgage was just some kind of trick to take your home i wouldn't even be here. it's just a loan. call now to get your free information kit! look, reverse mortgages aren't gonna work for everyone. but, if you're looking for some extra cash for whatever reason. your home's equity just might be the right talk to aag for the best reverse mortgage america's leader in reverse mortgages is ready to help you reach your retirement
1:54 am 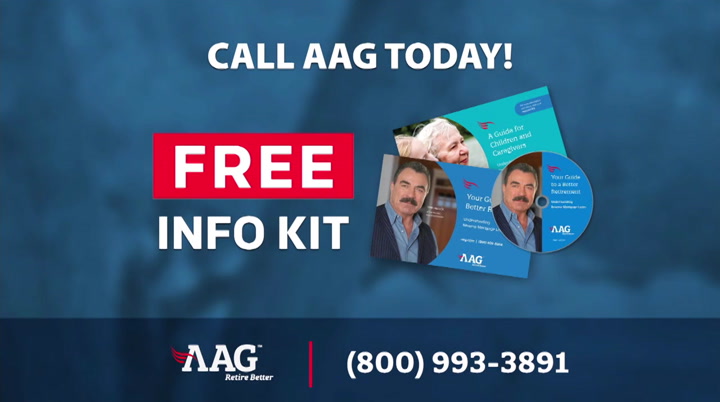 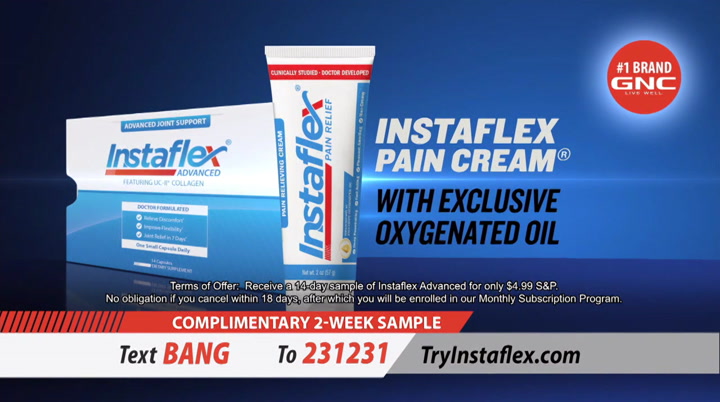 ♪ time, ♪ time, now, for "that's wild!" and our new hats, hello. >> it's chewsday. get it? chew. like, lions, they chew. >> oh, i'm good with that. and will, too. >> cranky, look at you guys, we've got some good stories coming up. 're celebrating what could be the world's smallest cow. this rare dwarf cow is from a farm in bangladesh. and she is drawing quite the cr >> 2-year-old randirandirandirai
1:56 am 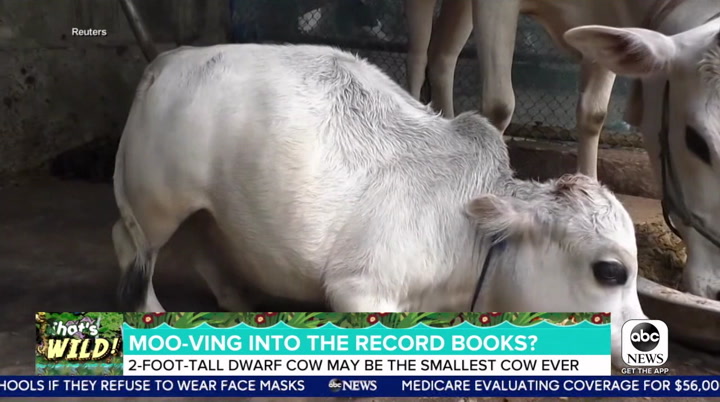 inks at all, 26 inches long and isn't expected to get any bigger. >> so cute. >> puppy for life. we're going to move on. to some of the world's biggest goldfish. >> the goldfish are usually no more than two inches long. you'd know this if you've ever been to any carnival or played any of those games, but officials in burnsville, minnesota, are pulling some out of a nearby lake. they are the size of normal fish or footballs for reference. >> they are eating mcdonald's. they were pets of locals and were released into a lake, where they had enough room and food to continue to grow. >> and unlike goldfish that you win at the carnival, they didn't die after two days. >> right. >> while they appear as harmless as pets, if they're released into the wild, goldfish actually wreak havoc on the habitat by outcompeting the native species. >> let's pour one out for the goldfish that we have killed collectively as a generation.
1:57 am 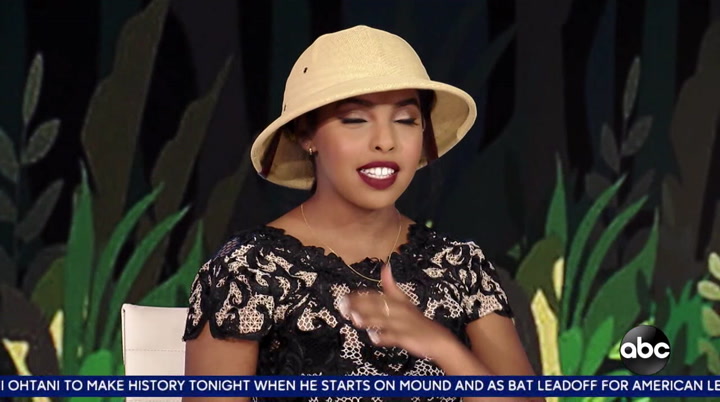 >> the ziploc bag. this thing ain't making it home. >> i want to show my mom. it died at night. the next day, the smell was so bad. >> yeah. >> that's wild and next, taking fly fishing to a whole new level. we're not talking about goldfish. >> not at all. the utah division of wildlife has dropped thousands of fish from the sky. it is an effort to restock hundreds of bodies of water that can't be reached by truck. >> that plane holds hundreds of pounds of water and can drop 35,000 fish in a single flight. >> and if that smells fishy, don't worry, it doesn't hurt the fish at all. wildlife officials say the air slows down the fish and they fall gently, similar to leaves falling from a tree. finally, beating the heat like only a panda can. >> so, this panda at the moscow zoo figured out how to cool off in the sun by taking a dip in a nice refreshing pool. >> i know. russia's capital is in the middle of record-breaking heat. we are, as well, with temperatures hitting almost 90 degrees.
1:58 am 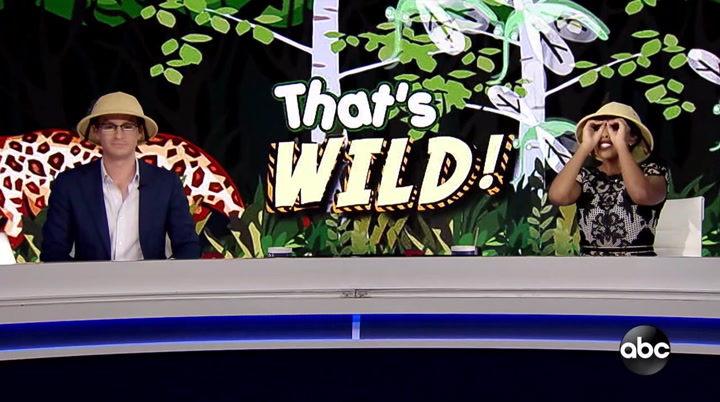 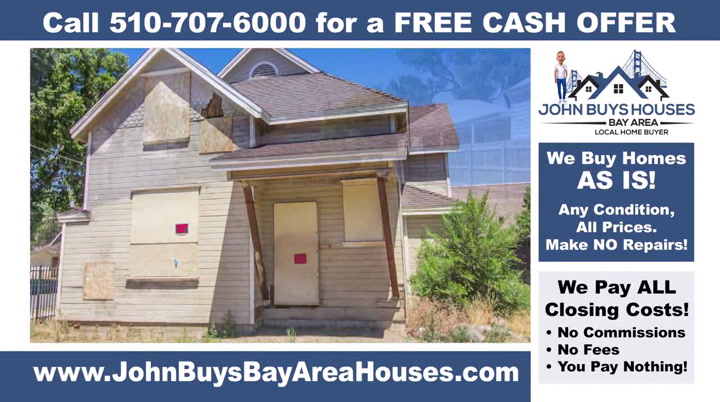 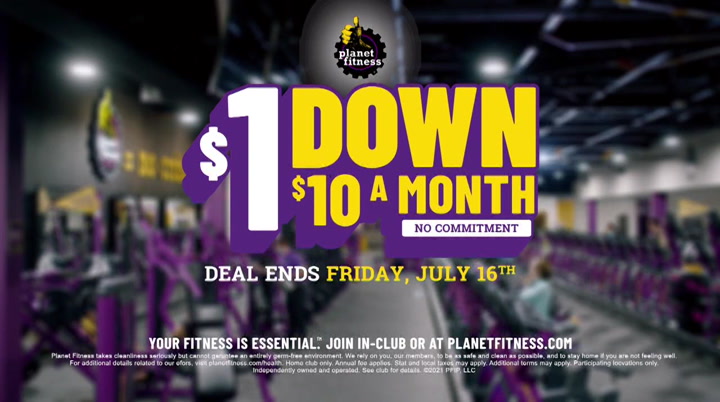 >> announcer: it's "live with kelly and ryan!" 's today, television, film, and broadway star, kristin chenowe chenoweth. plus, we will meet a young math was from new jersey as we kick off our "live's amazing kids week." also your comments and questions, direct from the "inbox." all next on "live!" ♪ ♪ [cheers and applause] and now, here are kelly ripa and ryan seacrest! [cheers and applause] ♪ ♪ >> kelly: hi. >> ryan: deja vu. hello. how are you? hi, calais. so nice to see you. >> kelly: so nice to see you. >> ryan: just
left
right
Borrow Program
tv