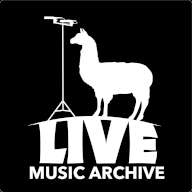 The Hotfoot Quintet/Quartet was active from 1978 through about 1994. During that time they recorded three albums, “Barbecue on Broadway” for Wildebeest Records, “Dog Bite Your Hide” for Markessa Records, and “Hotfootin’” for Butler Records. The band toured throughout the United States and Canada and appeared at many folk & bluegrass festivals. The two mainstays of the band, and the bands core were Bob Frankon lead vocals and guitar and Roland Kausen on Mandolin and tenor and lead vocals.

The band included, at times: