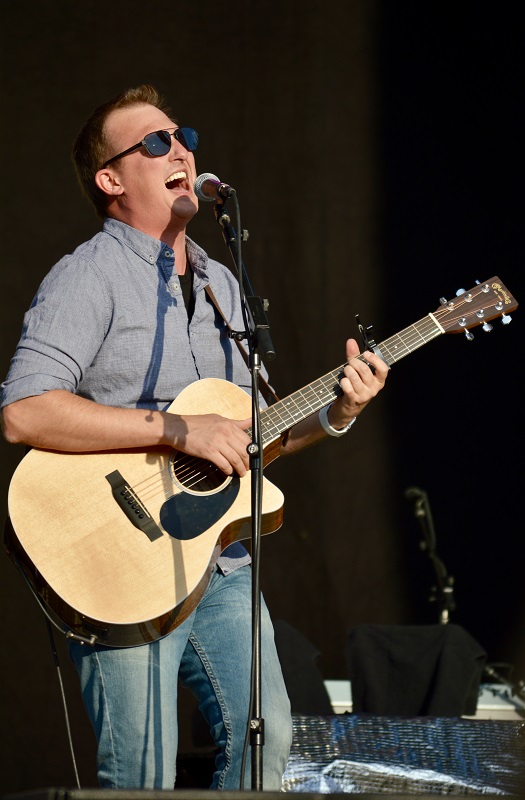 
Raised in the historic gold rush hills of Calaveras County, Grover writes songs that tell stories of love, loss, and frontier mischief. He lives twenty minutes out a decrepit one-and-a-half lane road in the wilderness of the Sierra Nevada foothills with his wife, daughter, and dog, and when he’s not touring he teaches high school Drama and English. He has self-produced four albums, including The Frontman, The Optimist, and an acoustic album From the Pink Room, which was named the #2 album of the year by music site Independent Clauses. Through grassroots promotion (and a little luck with the algorithms) he’s been heard by half a million people on Spotify, and had his songs streamed over 2 million times. Grover performs live with his band The Lampoliers (Josh Certo, Anthony Delaney, & Marshall Henry), and at least once a year he tours a different region of the United States, performing acoustic shows and house concerts. He’s recently opened for America, Birds of Chicago, The Charlie Daniels Band, and Austin Lucas, and he's currently booking house concerts throughout the US.

Writing to inform you that we grant permission to record and upload any live performances by myself (Grover Anderson) and my band (Grover Anderson & the Lampoliers) to Archive.org.