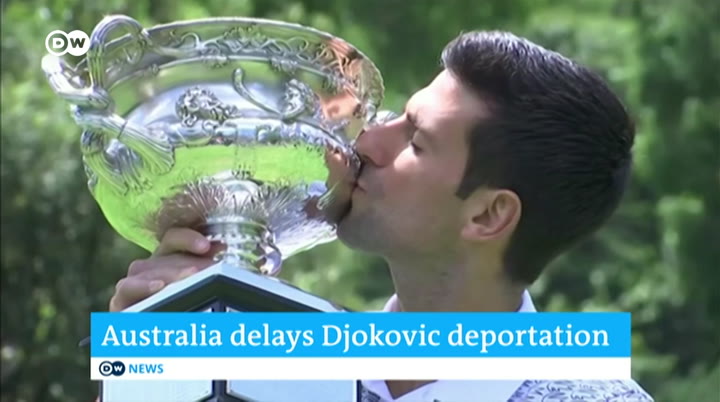 ah, the internet knows all legal challenge. against the rejection of his visa, he travelled to melbourne to take part in the striving open. but he was detained on arrival. immigration officials say he fell to provide evidence of coven 19 vaccination or medical exemption needed to, into the country. you're watching data, but he needs he can get a lot more news on a website to be found at d. w dot com. on the 1st anniversary of the attack of the u. s. capital president biden, to de accused, former president trump of pushing lies and holding a dagger at the throat of american democracy. biden said that trot refused to stop the rioters because he refused to accept that he had lost the election without mentioning truck by name. biden spoke to the defeated former president in a language that he understands all to will. in blistering simplicity, biden said trump was and remains a loser. and a liar,
6:01 am