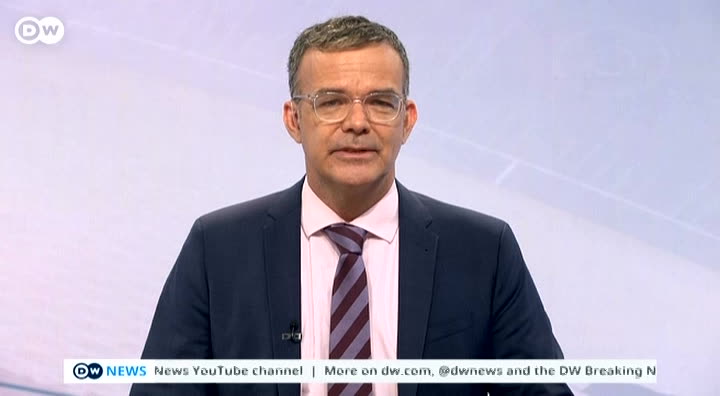 investigative, look into the kidnapping of a serious human rights activists. don't forget, you can get more news information around the clock on our website at w dot com. next, spicer ones who's me? what secrets? why behind me was discovered new ventures in 360 degrees and explore the fascinating world heritage site, the w world heritage 360. now how does the virus spread? why do we panic by and when will all this? just 3 of the topics that we covered in
12:16 pm 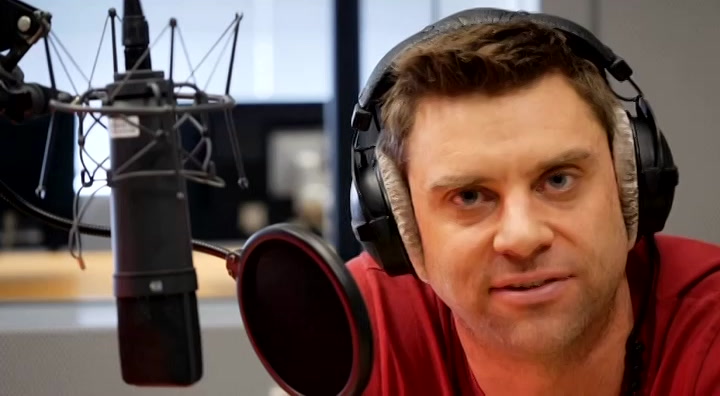 a weekly radio. if you would like any more information on the kronos virus or any other fine topics, you should really check out our podcast. you can get it wherever you get your podcasts. you can also find those w dot com slash science i me, her dream was for a democratic and just a theory under my name is human rights from the law. oh, as a lawyer, she documented the atrocities of the syrian war that made her enemy on all sides happening. i just want the truth. i want to know what happened to resign and my friends, me in 2013 resign sites with kidnapped along with 3 colleagues by
12:17 pm 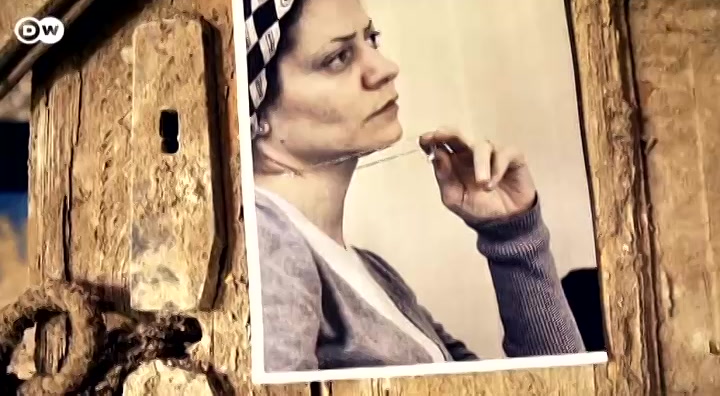 unidentified assailant. induction was turning points in the ceiling resolution for we've dw investigated unit delve deep into the case. we spoke with dozens of witnesses, analyze, satellite imagery and come through interrogation records to show that not only did the assad regime target activists but a rebel group did to me. in our search begins in paris. we meet nadine hoody, i know who we lead to terrorism program and human rights watch. when the uprising against the assad regime began in 2011 creat involved,
12:18 pm 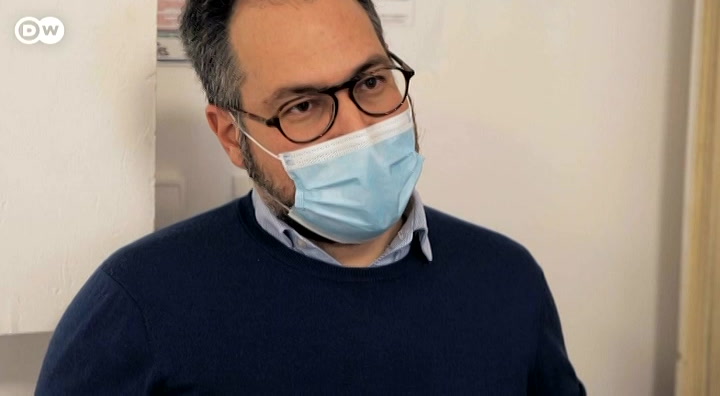 he was in close contact with verizon. with organizing protests across syria. she became a key source. she had this sort of softness, almost frailty, to her when you met her at the beginning and you're like how she's doing this very dangerous job. and then as soon as you spoke to her, you immediately discovered the sort of steely courage and principles. the assad regime launched brutal crack soon against protesters and arrested horrors of opposition. figures resigned with forced into hiding, but she continued to speak out while underground, not even over 100000, board harsh th are the bits of the international community can ever defeat the people who have a dream and say, in the future. in 2013 rezani sled
12:19 pm 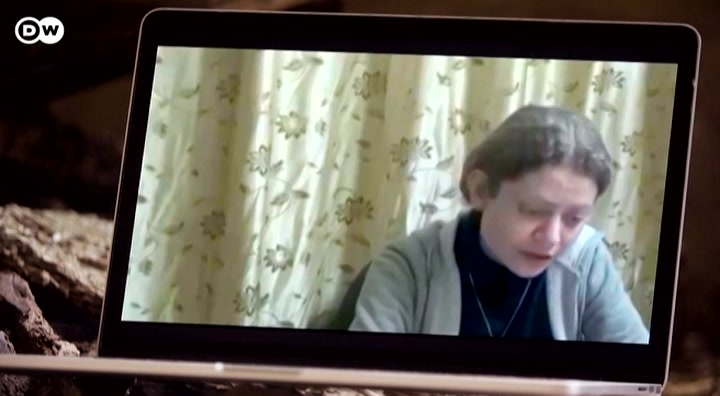 a tight grip in damascus for neighboring duma. the town was under the control of various arms opposition groups. together they fought assad, but often each other to the hard line militia group j. islam increasingly had the upper hand. the duma was the last place resign was seen alive. the search for clues brings us to turkey. in temple we meet with a close friend and colleague resign. she fled with her to duma. osama the start tells us it was pure luck that he was not kidnapped with her. he had just left their office only a few minutes before the abduction. to this day, he wondered whether he could have done more to find his friends. the arrival in duma, he said was not easy, particularly due to the armed opposition group,
12:20 pm 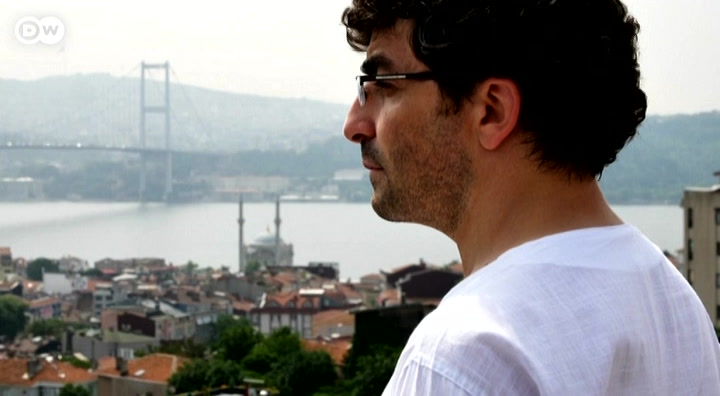 jayce lam, saddle that they felt threatened by we were in the field of human rights and we documented human rights abuses. we wanted to promote democracy and human rights. now women change, others move on to dance. when they told them i read it, but the activists were not deterred. they continued to push for a flourishing civil society. the resign also began investigating harrowing claims against the hard line militia that the pained and tortured civilians in its prison. i remember that she insisted on visiting the detention facilities that were run by asia. and she would go, i mean, if anyone who knew or that she could be insistent, you know, she, she just really knew no fear. rezani life was threatened armed men
12:21 pm 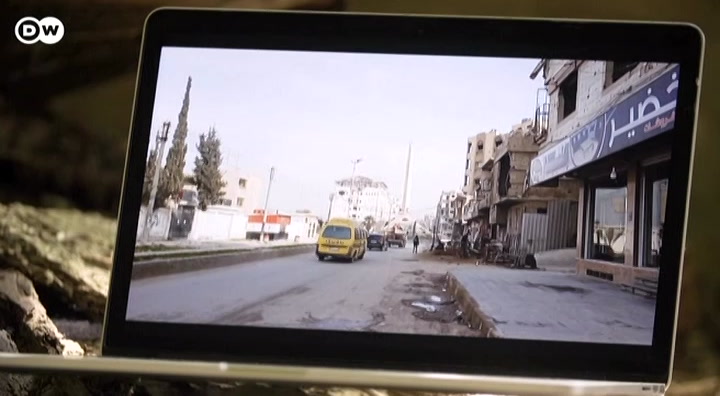 shot in the air outside her office and left a threatening letter on her doorstep. leave duma in 3 days or i will kill you. the phrase was repeated 5 times. investigation is only through our sources inferior. we identified the author of the threat letter to be in a statement we obtained exclusively. he speaks about how a g 's slum associate instructed him to threaten resign. and what one to media told me that this girl is an agent could have brought us to court on charges . so i told him if she was an agent and working against the country, why don't you do something? why don't you kidnap or are you afraid of her? he said, no, we are not afraid of her. we will bring her down. but now we want to threaten her. when the dean hoodie learned about the threats he urged resigned to leave duma,
12:22 pm 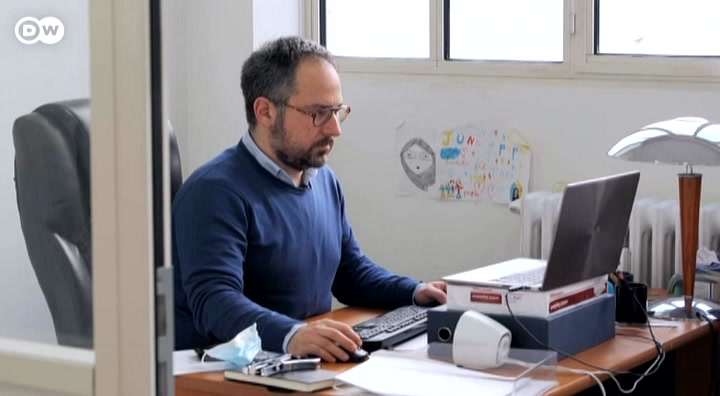 he was worried for her safety. i mean, there's just, she responded the next day saying, i am not going to move. we did not do a revolution, lose thousands of souls so that such monsters can come and repeat the same in just history. these people need to be held to account, just like the regime. on december 9th, 2013 armed men stormed her office late at night. they kidnapped was on, along with her husband hummadi, human rights activist, simila julio, and lawyer museum hummadi. the latter was on the phone with his brother when the kidnappers arrived. it has been a month now while they were talking about his brother heard loud noise and someone shouted in to the classical arab making believe to be enemies of god called or nauseum replied to calm down them. this is not going yes above my head. then the
12:23 pm 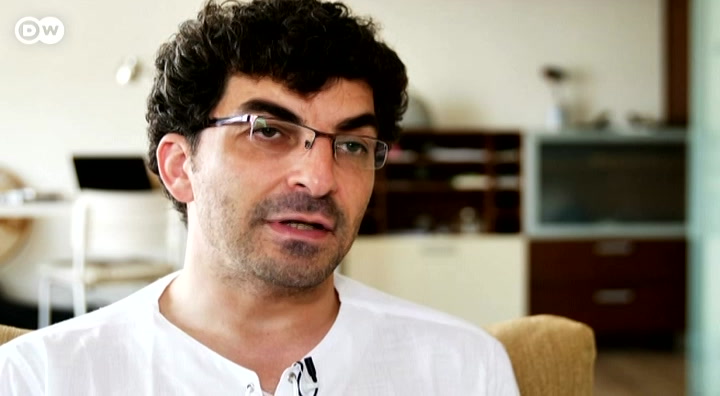 line went dead by them. oh sama shows us photos from the crime scene. drawers are ransacked, and files and computers taken. this will soon lead us to the 1st clue. one of the stolen computers can be traced to an ip address used by jason alice lam, back because they were, they were late and they were other leads. he tells us, but no one would earnestly pursue them. and none of the other armed rebel groups would come to aid the activists. this young man didn't do anything. okay. was scared scared of a confrontation with jason alazam. the kidnapping of it was for me, announced a moment where the higher the arm of the sort of armed uprising dominated to this day, the hard line rebel group denies that they couldn't have to resign. we searched for
12:24 pm 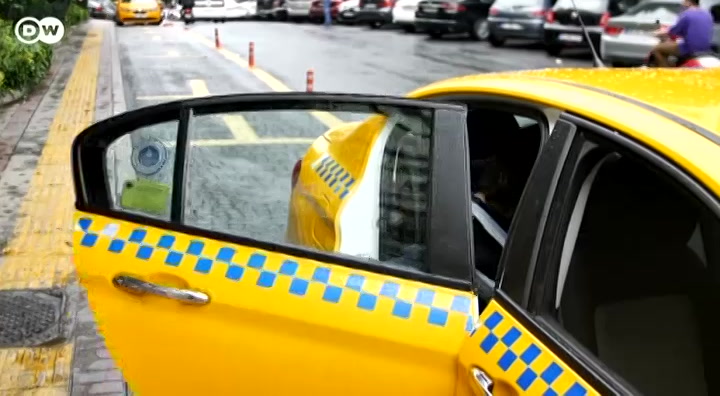 former members of jason lawn who now live in turkey. in the process, we establish contact with the men who investigated the kidnapping on their behalf. he is willing to meet with us, but would only do so on condition of anonymity. if i investigated the kidnapping on behalf of jason august law, i think they wanted to clear themselves. but as i gathered more and more evidence that implicated them, they suddenly started threatening me. and so i had to plead. he said that many witnesses were threatened and even murdered by the group, and that j. alice lum, helped the main suspect flea after he was detained. he is convinced they are guilty . i'm 100 percent sure that j hollis long is responsible for the kidnapping. but the most important clue, the testimony of a young woman she had met resign in a prison run by the rebel group only a few months after the kidnapping,
12:25 pm 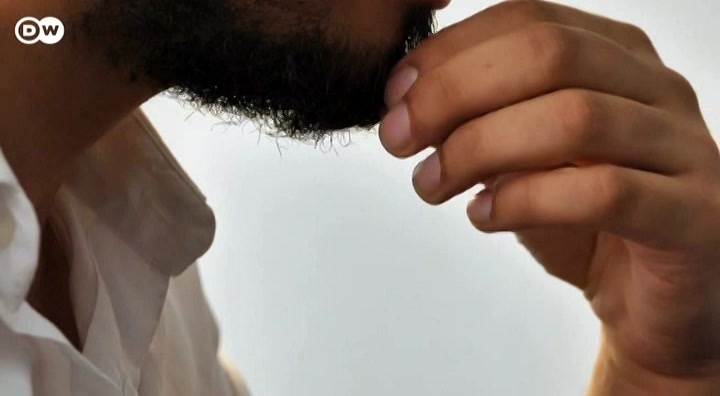 minnow assemblage. and we had heard the name of sunday to know what they once brought her to an interrogation. and how do i know she refused? so they beat her and she fainted. they asked us to bring her back into her cell measure when she woke up with no, i saw her green eyes and she was tall and slim, weedy when a have it like him in the family. a couple of them did a back in berlin. we find another witness who also saw resign in j salami the prison on the 2nd to how much that the that the him. we investigate both accounts using satellite imagery. they show that resign was held on the premises of a repurposed agricultural facility in the center of duma, the so called l talbert. prison is controlled by only one group jayce. so i really think that if we had to syria to confront these limits militia with our findings, spokesman, hands about actor is willing to speak to us without conditions. he denies any
12:26 pm 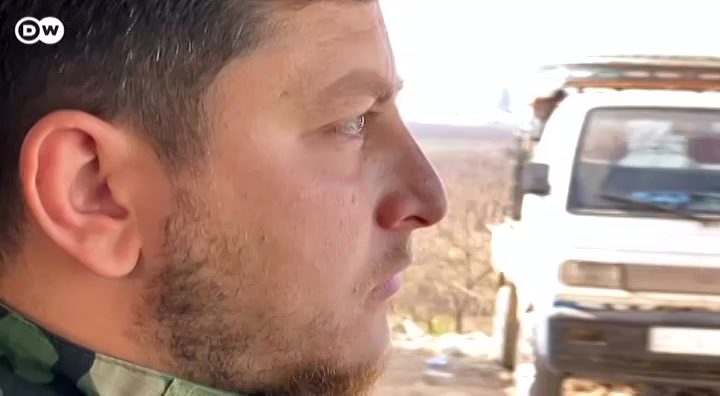 involvement in the kidnapping, and instead blames the assad regime and other g hottest groups. we meet him in northern syria where remains active. it's up in his office. we confront him with the testimony of our witnesses, who saw resign fortuna in their prison. his answer is short. they are all liars. he claims that they never had any of the activists in their custody. couldn't money a day. and alicia lamar lever claim. jason, on his lawn is responsible for rosie don, who needs this appearance is not being in marshall. rather, they're taking a little dana to acute jason, there's not any, literally, people who make sudden claims who do not want to reveal the truth or unveil the perpetrator in our head of the it is
12:27 pm 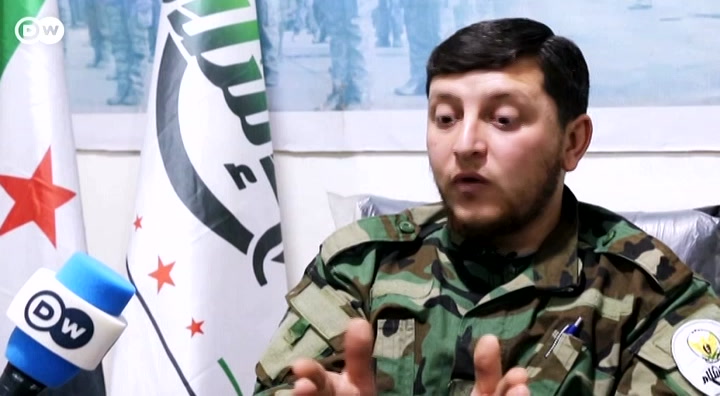 a political client to accuse jason of his mom of kidnapping and active and civilian and with me, and i will not sure when i would have said. meanwhile, french authorities are also investigating al islam for alleged war crimes and have even arrested a senior member of the group. in paris, we meet with theory and human rights lawyer, marvin doorways, together with lawyer came on backtock. they have filed criminal charges for their findings implicate the rebel group. the only problem is proving it in a court of law in regime. and they said, the slam still have a lot of power or an influence and capacity to intimidate and threaten the victims and the witnesses. so this really is a major concern for us because any prosecution, successful prosecution will also have to rely on this kind of testimonial evidence day and night work to track down. other witnesses include may hope at the court
12:28 pm 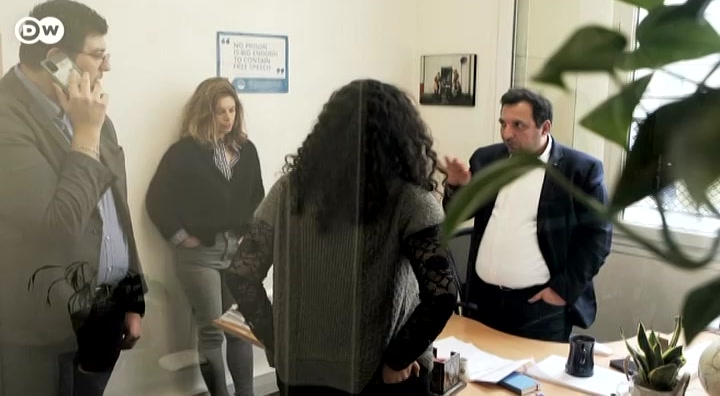 will soon issue an indictment in a case that is no longer fully about read on site and disappearance, but also about torture, summary executions and the use of child soldiers. it is time to, to say out loud that the syrian population has also been victims of other groups who pretended to be fighting for the revolution, but to who also turned against the population. this was what was alerting about. and this is was why maybe she died and we think that it's also as a heritage to her and to the many others who had the courage to say this, that is very important. so continue the me, i guess
12:29 pm 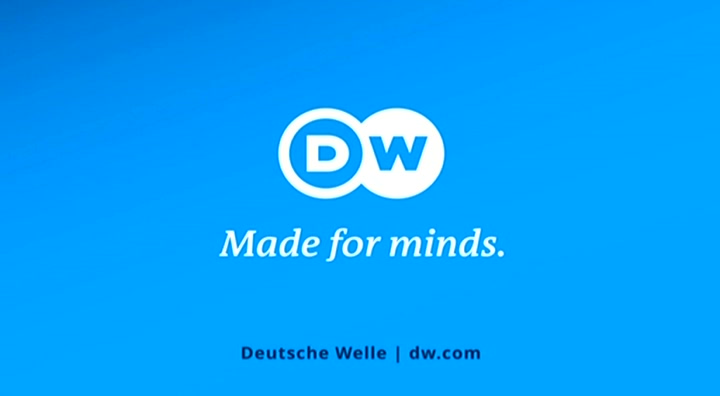 the do you like it? do you want it? okay, then put the pedal to the metal and let's ride the read on d w, the 77 person group. we need the musician black process to discuss the genre. important in modern africa is up for me to put my own. so are you feeling? i'm not i'm 60 minute d, w you know,
12:30 pm 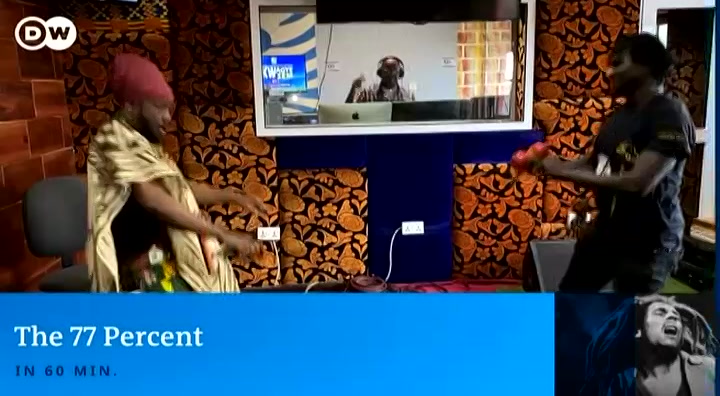 since a day in football games i have oh yeah. the we are living during the most extraordinary time in history for the electric.
left
right
Borrow Program
tv