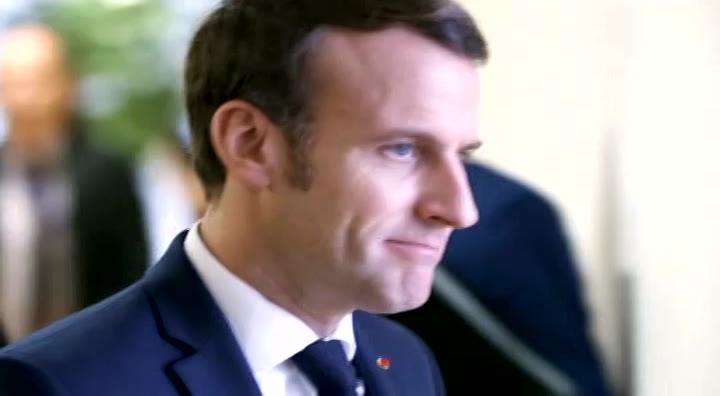 the trees and power plays and the lines is behind the scenes of the summit. starts august, 5th on d, w. the news on next, spicer welcome to the program. record breaking floods have killed at least a 150 people in western europe. boast of the death or in germany's west was a disaster areas stretched between the towns and the rescuers are searching for another 1000 people in town. devastated
12:01 pm 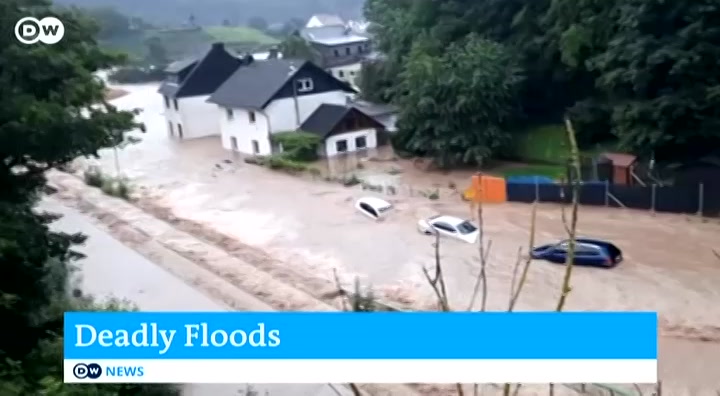 by the waters. also neighboring countries are affected by the flood. belgium declares tuesday morning victims, but the worst was the country has ever seen. 20 people are known to also on the show, the security situation in afghanistan worse and as taliban fighters capitalized on the u. s. troop withdrawal. people are caught up in the fighting, desperately looking for a way out of the me as i think is when you've understood this is d. w. news on next, spicer, welcome to program. record of breaking floods have killed at least 150 people in western europe. most of the deaths are germany's west, where the disaster areas stretches between the towns of hines burg air, stop and are of either near the border with the netherlands in belgium. more than
12:02 pm 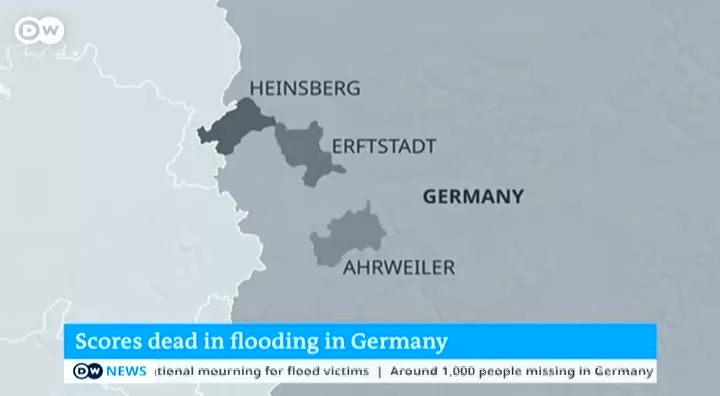 130 people have been confirmed dead and more than a 1000 are still missing. president frank folder stein mire has promised support for victims, families, and to the damage towns. his torrent filmed on wednesday, used to be a stream. it's a fight if you would have thought possible, western germany what comes next? it's even harder to take in a drift. in many places, the waters are starting to recede and clean up. operations have begun, but the floods have left a trail of devastation and residence in shock. because like i said, that was my apartment. i'm trying not to think about it, but it's, it's really dreadful. stigma. another sort of speculation. and it's not just property that has been destroyed, emergency work as a warning that as
12:03 pm 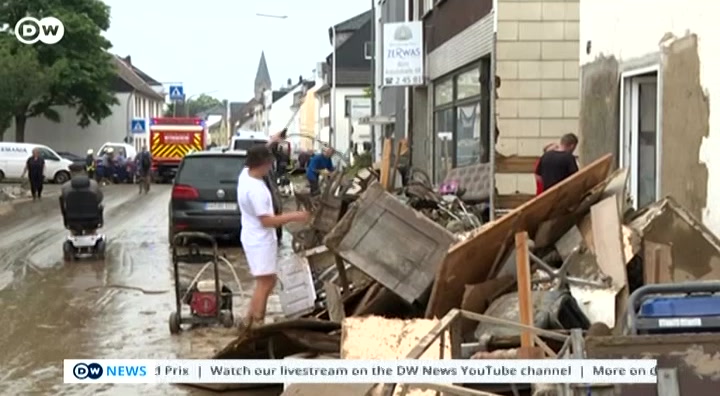 a comb through the wreckage, more bodies could be discovered. many people are still stunned at the speed which the water suddenly rose. so fast, we watched the water rise and insane current. i knew it was in english toys. more minutes we saw 2 people clinging to those columns over there. we shouted from above the hold on because it took 3 hours for them to be rescued at the board. some spoke of the trauma of having to escape before the water rushed into the houses. we're going to me for bombs. we weren't given any warning here. i had between 10 and 15 minutes as much money as i left my apartment, the water was up to here. many communities are still without power and water. it for the damage could run into billions of euro's. people say they have no choice
12:04 pm

other than to start picking up the pieces but it's obvious that it will take a long time.
left
right
Borrow Program
tv