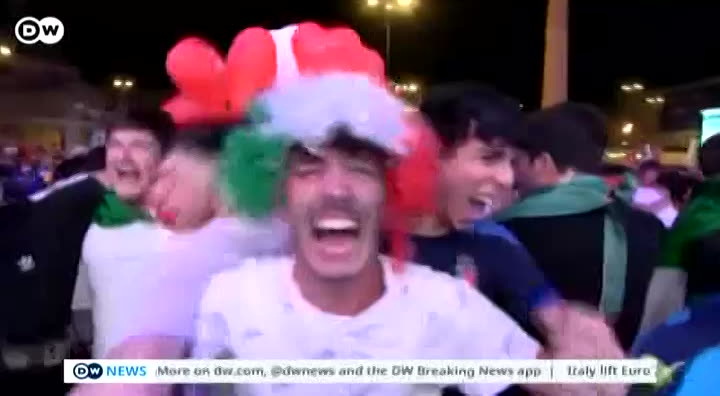 the news the news going was right in front of them. then suddenly we agreed to postpone the olympic games that took your 2020. from of course, during the qualifying ground for sports heroes. helped down during
6:16 am 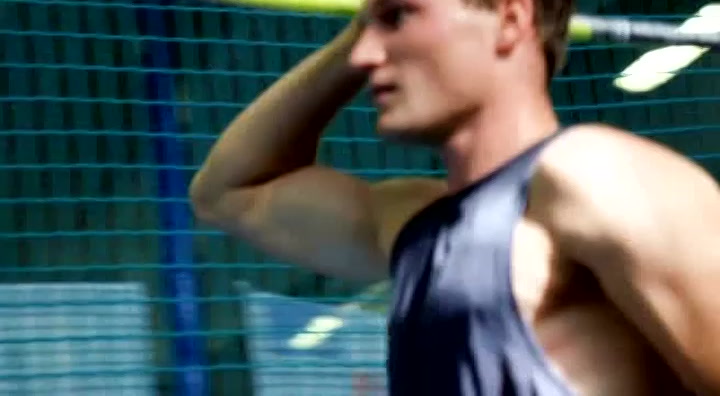 lockdown starts july 19th on d, w. ah . every day, jewish life in europe that's rarely shown away from politics, the middle east and anti semitism. it was important for us as fontaine years leak over and capture what's going on with alice bona is one of the most significant jewish film producers in europe. i felt it was important to have this perspective to tell the story of europe, jewish communities as we traveled across the continent to eve kugal, mine has always played a big role in our family. he's editor in chief of the magazine talk lists and he's written so many articles that we discussed together over mealtime. so i was really key to the. 2
6:17 am 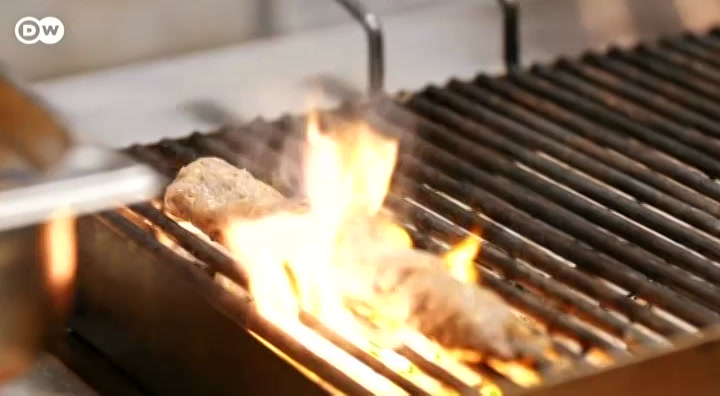 who's who's we're now meeting a woman with a very unique family history and she grew up in east germany in east berlin as a socialist in a family. the vehemently rejected 2 days. and now she has
6:18 am 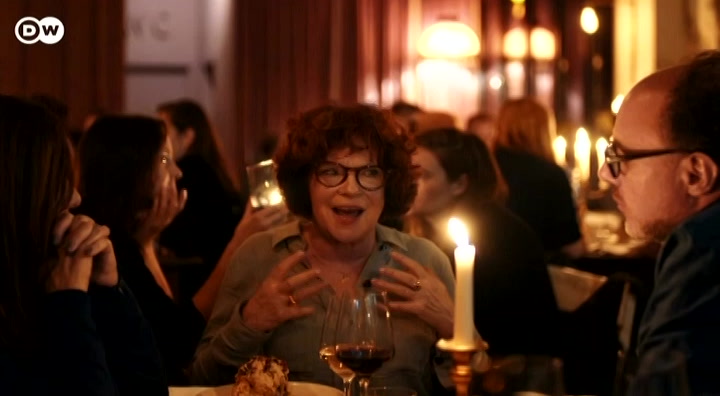 a very strong jewish identity. when my mother came from a very german family, a jewish family that had assimilated the temper when they couldn't get baptized enough to get rid of the jewish. and so i wanted to belong on boys. they didn't want anything more to do with judaism and all the funny traditions. and it had a slight air of protestantism about it as well as of the whole. but actually victor klemperer, one of our more famous relishes wrote in his diary that he couldn't get rid of his jewishness. yeah. same article cardeana. you would just go by the seminar and it was the same with my mother. my father came from glee and levine and the former austro hungarian empire, embedded in lived with his parents in berlin showing infertile district. and he grew up very interesting time. he said to his father,
6:19 am 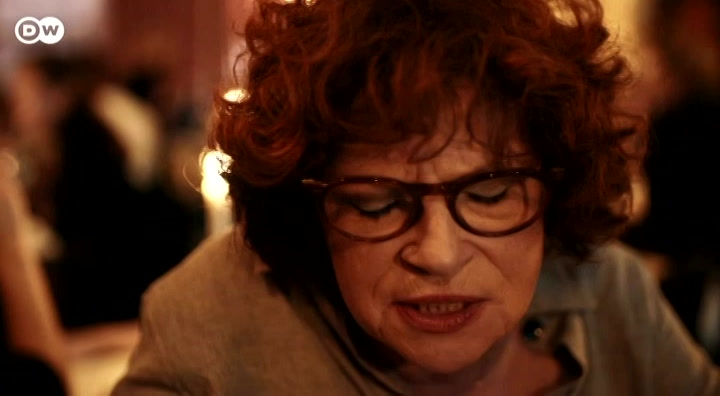 i know what i think the bar mitzvah is the last thing i'm going to do for you, and then you can stick it on across the street. there was the central committee of the communist party on below plot. that's now rosa roxanne burke plot. will you just switch to the other side of the street like the better there and decided to join the movement than there were also many, many jews. there is, he went into exile in 1933, and then florida in the spanish civil war and the french resistance and so on with a gun in his and it's in the us. and so when he came back to east germany, it was the question of cognitive resonance. he had to be on this side of socialism or everything he'd done, there would be meaningless. in socialism, religion was seen as unnecessary, superfluous and reactionary. there was no longer a jewish culture, it was reduced to religion. that meant when they returned to germany,
6:20 am 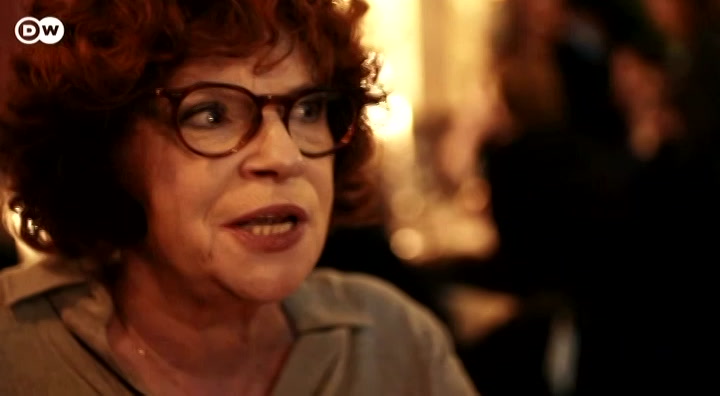 they weren't allowed to be jews anymore. they had to leave the jewish community if they wanted to become some that we also had relatives from west berlin, who always came to our house for dinner on saturday. it was funny because as a kid, i only knew about judaism indirectly. for example, my mother would tell me and sonia had just left the temple and imagine this greek ample, him with columns and stuff and clean fish. and i didn't know what it was. i didn't think it was anything bad. i just thought it was something they had their dot net backed in and don't tell them their pork in the goulash. there was always little things like that. so we didn't celebrate shabba. but it was a ritual that they would come to us after templeton campus, which com. okay, so let's say you're having white white wine. yes.
6:21 am 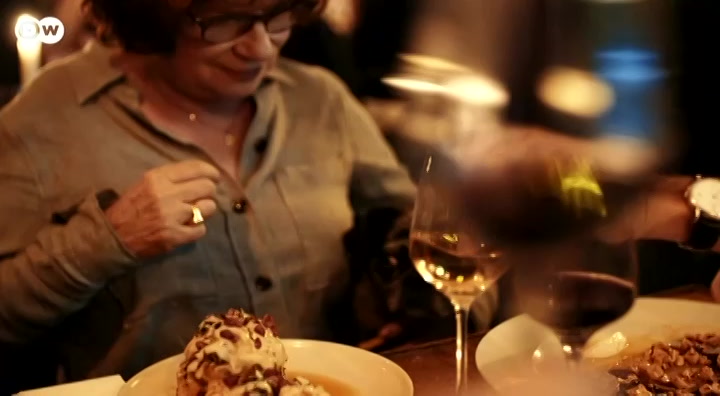 i am so much. i was, i was in the middle and i are on our way to poland and, and feeling pretty queasy about it. that's totally understandable. your parents, a holocaust survivors from poland with a history like that. it's no wonder you feel that way. yes, it's painful response. i found the journey very inspiring so far. as a journalist, i spent a lot of time grappling with a problem today isn't enough. here we've seen diversity being experienced in
6:22 am 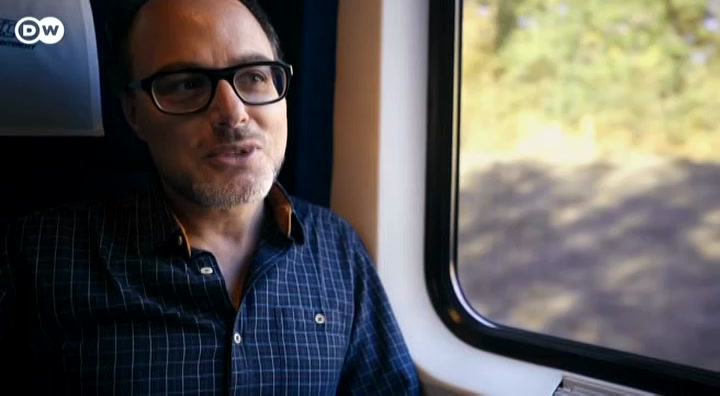 a totally different way. i'm talking to you all i know is judaism is a lot of us, it's vibrant, broad lipstick and it's something that really is on about every day. it's only when you specifically ask people about it that you get into questions of anti semitism and debate about the middle is all about losing my good that i never would have thought that judaism could be live openly. and i really thought more say and even more so. and it makes me think, because the way i grew up was very different in berlin, and there was a huge security presence everywhere. outside the kindergarten, the schools outside the synagogue. but in the community center line, the house, there were huge numbers. the security guards, mainly israelis class, and sure. there were a few in france to guarding the jewish site,
6:23 am 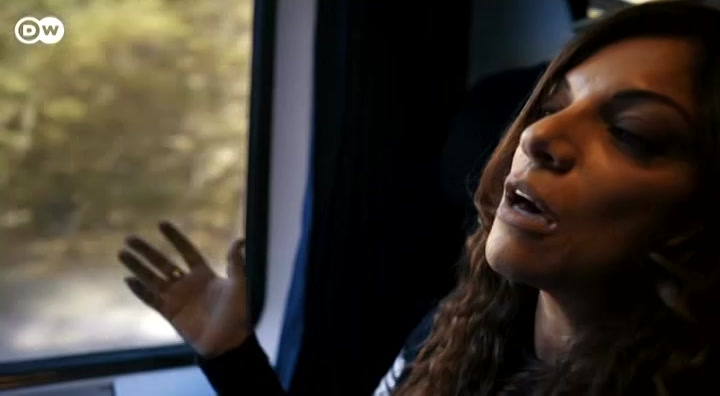 but i didn't find it nearly as and it was very impressive when we were in religion, which is my hometown. we saw young israelis opening is this is making art launching startup. and it's a cool thing to do and they themselves are very cool. excellent. but i still think they don't have the confidence that jewish people in france just i don't think they can live that life will help the standard i've capital a lot in poland and eastern europe. and i'm curious to see how things have changed in recent years. especially the building of new jewish community, all my stuff and i hope to learn something by talking to the people father. and that's what i'm most excited about at the moment. we could talk, you know, how poland is developed. and i suspect that there's growing right wing population,
6:24 am 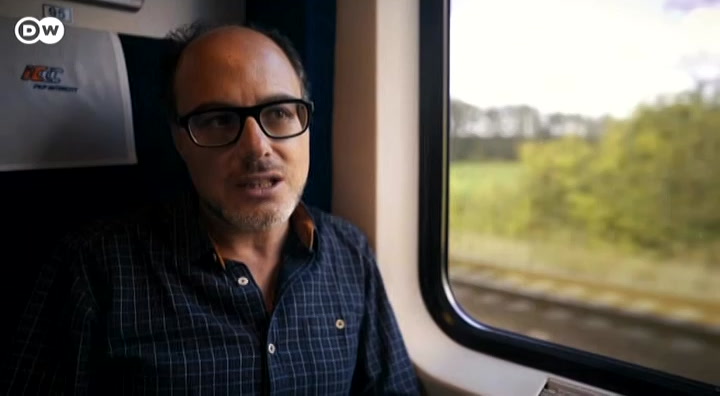 the tax on democracy and liberalism, or another movement that directly targeting do days. i'm going to have to shift. i'm very curious about that. a lot of the news, a lot has changed here in recent years in terms of jewish life and how it progressed well on our way to the jewish school. and we saw that as 30 percent jewish and 70 percent non jewish children. yes, it's nice that there are jewish schools here again at all voting and fish in sad to
6:25 am 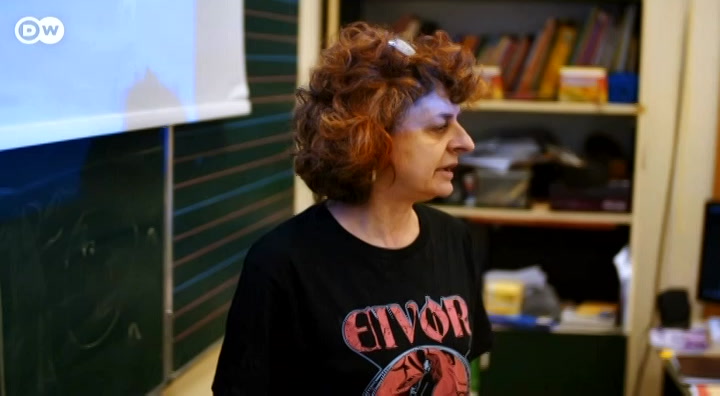 say to one they don't have to write down the prayers, but we have somebody meeting so we have to do and come and see every friday went on forever forever. forever, once i'm celebration, we don't celebrate tunnel, we go through the jewish kind of, we are close for jewish holidays and in the curriculum. and in the celebration we only have church. they learn 3 hours of jewish subjects, 3 hours to schedule. so it's additional 6 hours, which is the last, personally for small like significant amounts and they feel it. they know they're in school. the impossible to ignore the fact so and it's very important for jewish community between among the children. is there any timing issue between on this
6:26 am 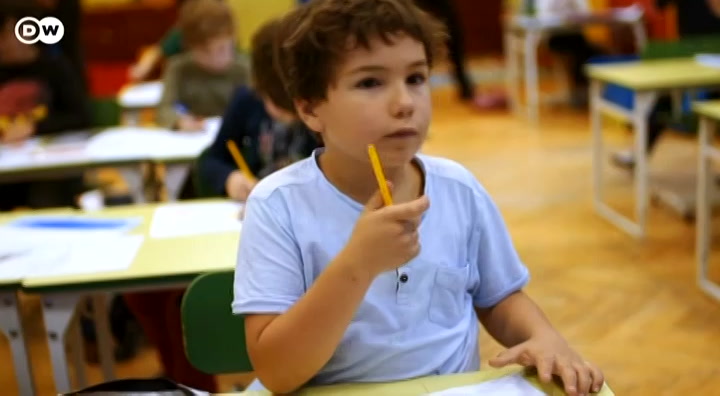 level on jewish kids have problems with the other one saw? no, no, it's never tells me they grow up together. they know each other from being 3 years old girls, they start in kindergarten and usually they just grow into the next level. so this is model of exactly what nations show today is. and also because people from now, they are our ambassadors in the high school and when they go to the, the, they almost have nicer schools here than we do in switzerland. i'm impressed that the school have a totally jewish character. even though the majority of the children aren't jewish in our school, it's the complete opposite. we're now entering the only synagogue and was told that wasn't destroyed during the 2nd world war. so they were to end all of these.
6:27 am 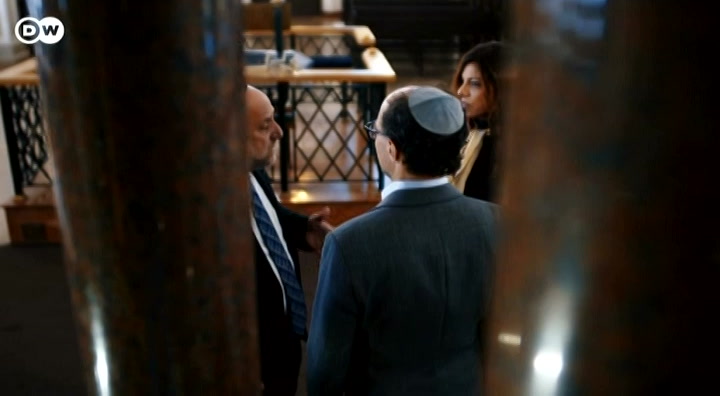 so as in full and a half a dozen times in the, in the 70s or eighties, which wasn't the most popular thing to do as somewhat supposedly normal american jewish way from one island. and by the late seventy's, the meeting young pulse had recently discovered the jewish identity, which really introduced me to a whole world, which certainly you know, 30 years, no one was talking about. and that is how come there and he just left him home today. september 1st 1939 world war 2 begins. at that point, there are 3 and a half 1000000 jews in poland. the heart, the soul cannot see world. only 5 years later, 90 percent 90 percent no longer a live having been murdered by germany and accomplices. statement a sort of mystic most people will say, well, how many g survive? 10 percent survive? meaning that in poland after the shot after world war 2 there were still
6:28 am 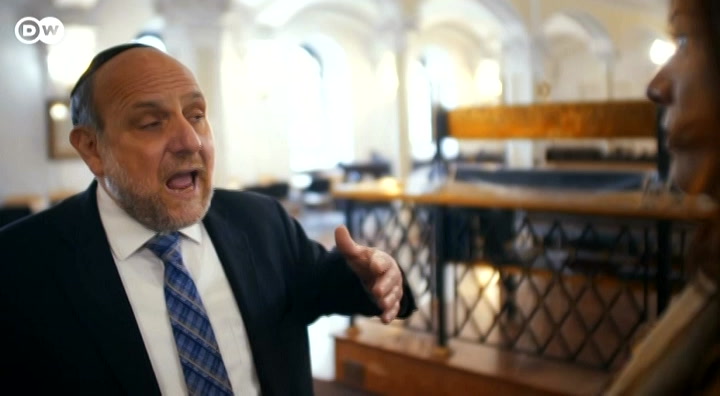 350000 jews, colon more jews in poland and 1946. in the and then the u. k. today, where are they? the vast majority of the polish jewish survivors let forward the 25 years after world war 2. if you wanted to feel safe saying the statement, i image you. a couple 100000 left tens of thousands stay a small proportion, but still tens of thousands. who then had children and grandchildren. many times, not even telling them you'll ever jewish this deep, dark family secret stasis cheek of 50 years. 39289989 fall of communism at which point the not so young survivors are confronted with the question. do i feel safe enough today to tell my children, grandchildren, feds, colleagues, neighbors that i'm really jewish since 1900. 89, we don't know how many, but since 1989,
6:29 am 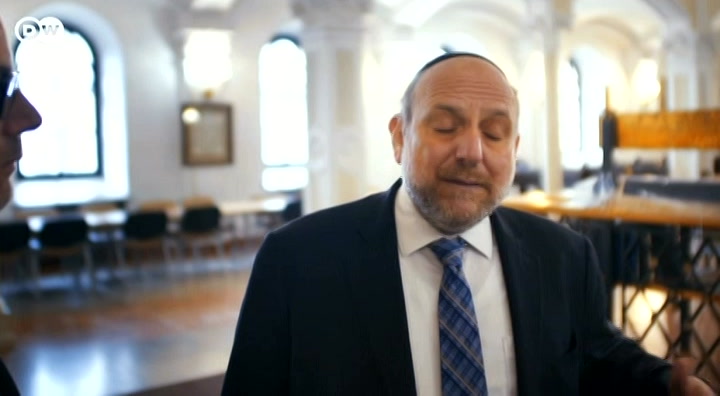 thousands and perhaps even some tens of thousands of polls have discovered their choice. and that's the story of jewish. poland today. how many jews that living here in vasa and in point right now? so i can say that without a doubt the number of jews that live in warsaw, poland. nobody knows because of the fact that people are still discovering. i spoke last week in the small town, not famous. and they asked me very much to come. there was a group of intellectuals. they wanted to hear about judaism, said, you know, i'm also go to a small place. i get in the car, the prison picking me up and he turns to me it says, you know, i'm also something like jewish. my great grandmother was jewish. my mother's mother's mother was jewish. so i looked at what i said, you know, you're not something like jewish. you are jewish. and so how many jews are there?
6:30 am 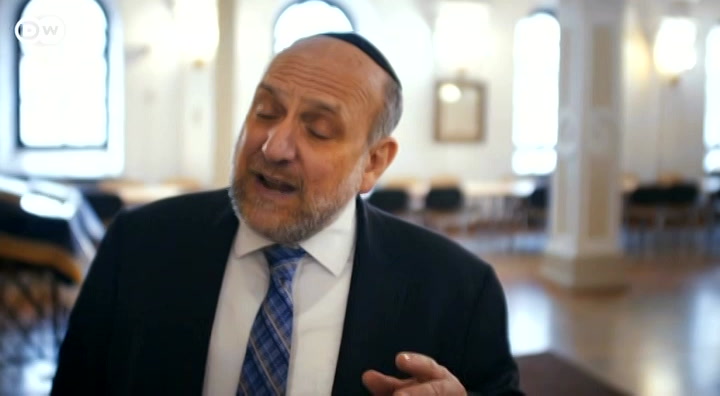 and i don't know, but as plus one ah, in heal my sponsor, the cemetery is where the resistance fighters of the 1942 was. so cancer uprising, a barrier to science here, helix. this is where the commander is buried through, died in 2009 on kelly monic edelman. he was a doctor and a hero, montane of resistance,
6:31 am