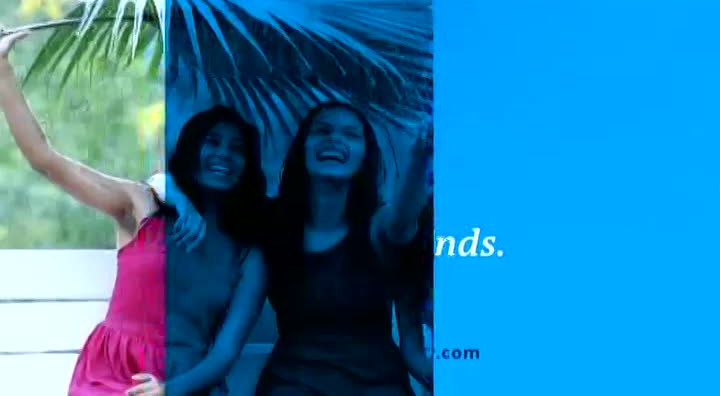 [000:00:00;00] the who's this is d, w y were from berlin. vital aid to experience is thrown in doubt and un member state feud over how it should be delivered. a security council resolution allowing supplies to reach the war. one country from turkey to expire, or russia says it needs to be renegotiated. also coming up on the show, a man hunted underway for the assassins of the president of police. they, these men are part of the hit twice, kill there's over now,
5:01 pm 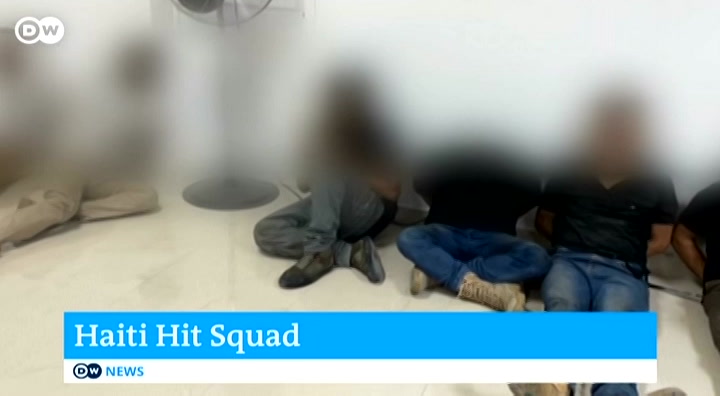 louise in his home. they're searching for more suspects and their motor heavy artillery on display as the us and ukraine wrap up several days of wargames at the black. held despite objections from russia. we'll look at what this show was 4th means for russian relations and going where no woman has gone before the united arab emirates select the 1st woman astronaut training worker turned in. ah, me. hello, i'm claire richard's been a very warm welcome to the show. a future of a vital lifeline to syrians is in doubt. un resolution allowing international aid to cross through turkey into syria as rebel held. ne is set to expire, and russia is blocking its renewal and ally to the syrian government. moscow says
5:02 pm 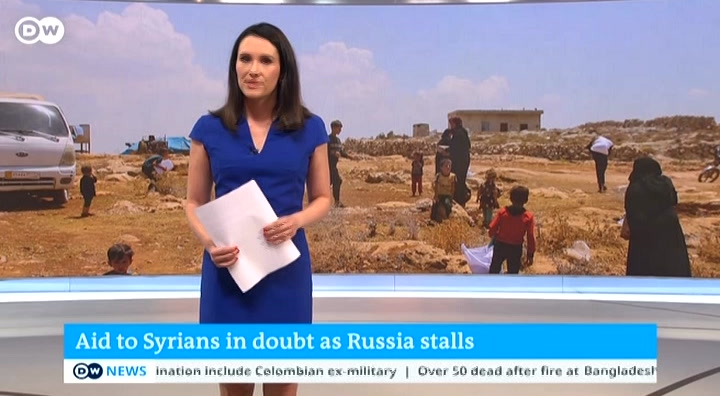 the aide operation violates the country sovereignty 8 organizations. they, it's a lifeline to millions of civilians. he left the capital of a disputed province of the same name in the northwest of syria. elizabeth, the last stronghold of the opposition malicious and syrian president assad wants to bring it back under his control. for a 1000000 people are stuck there in the hospital. they are fighting another battle . this one against the corona virus vaccine, the scares only 46000 doses have been administered since may. the only way to get more vaccines is from across the turkish border. but in eat live, people don't believe the regime will help them in their fight against the pandemic on the hotel us, if we don't trust the regime, they have promised in the past to deliver vaccine. and now they promised again. but here in the liberated areas, we never received anything i experienced with them goes away back. they want the
5:03 pm 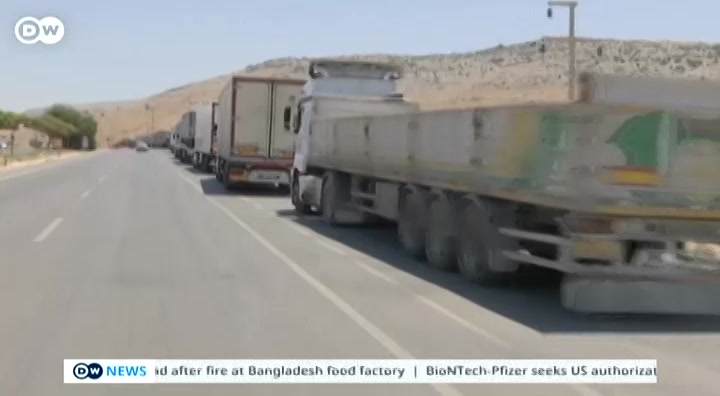 syrian population to start and die. joe was shot saudi. currently 11, getting supplies through a back door. the only open border crossing from turkey called jill. you there bought a house on the syrian side, some $1000.00 trucks make the trip once a month. some of the money comes from europe. the un organizes the shipments. it's an ongoing war. it's an active front line. this been shelling every single day in the last year. they've been multiple as strikes and other missile attacks in these kinds of conditions. it's very difficult to get agreement between the parties to the conflict safe route into evil. it is through turkey, but aside and s l i russia i want to block the entry point. you commission for
left
right
Borrow Program
tv