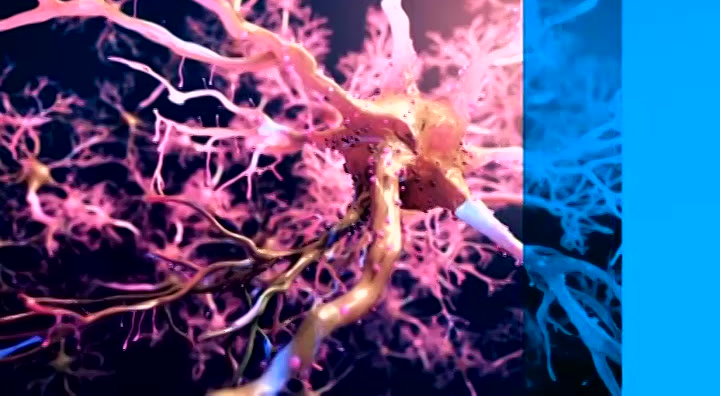 [000:00:00;00] the who's this is the w news live from boldly and at least 4 people are dead. is devastating . wildfires tear through cyprus, neighboring country standing fire fighting plains, dozens of houses, and whole groves of ancient olive trees had been destroyed. also on the program, thousands of troops in 5 fighters dropped into search was divided. deadly must live in japan. the forecast is warned that more heavy rain is on the way and england thrash ukraine to cruise into the euro,
5:01 pm 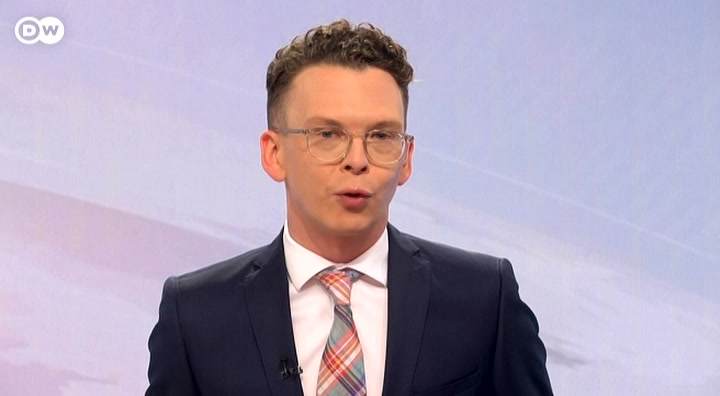 202075. while the goal is to free line close to today, the major injury in the gulf me i'm jared raid. thank you very much for your company. we begin in cyprus, where the worst wildfire wildfires in decades on the mediterranean island have killed at least 4 people. raging fires have wrecked dozens of homes and destroyed pine forests. an ancient olive groves, the victims off or to be egyptian farm workers. the you and israel have stained water carrying planes to help tackle the places. let's get more now from d. w radio correspondent nathan morley,
5:02 pm 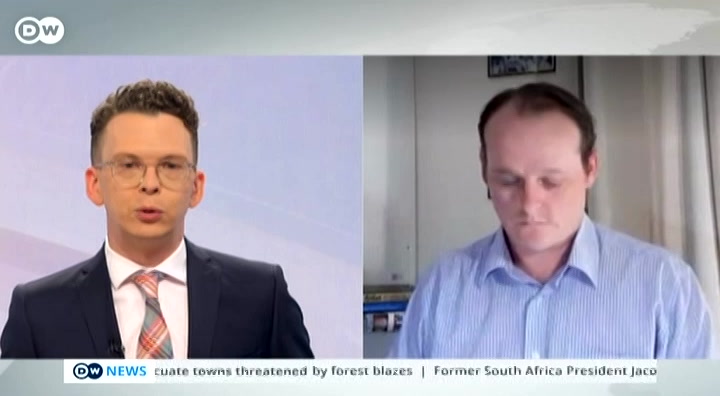 who's in the town of napa on cyprus. thanks very much for joining us, nathan. tell us how bad are these 5 exactly. what your assessment well, i think they are pretty bad as far as cypress is concerned. we've had to deal with wildfire so many years. obviously we're in a very will climate country. we have temperature at the moment around 40 degrees celsius. so the scrub land is, is very dry, but this particular fire, which broke out yesterday around mid day in the mountains spread very quickly. the fire was out of control within a few hours and then there were mandatory evacuations. and we were hearing property cause being burned, and then within the same day, by early evening, it became apparent that it was out of control in those kinds of perimeter around 35 kilometers. so it's massive. it is
5:03 pm 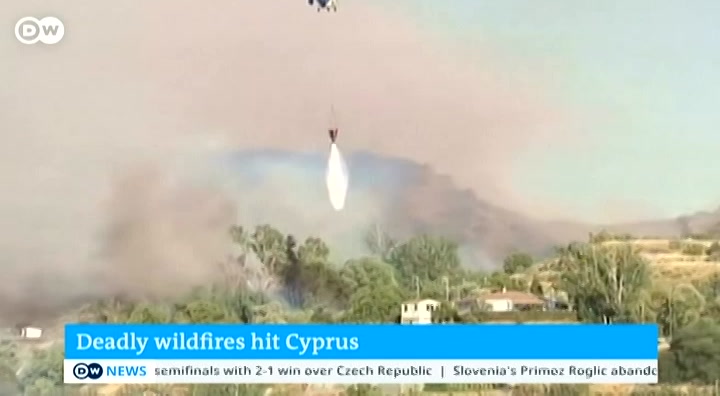 a very big like an out of control fi that spreads so quickly. of course this is meant that the fire fighting, if it has had to become international, helps been brought in. tell us more about that. yeah, indeed. we're dealing with it until mid mid afternoon yesterday, then it became aaron that this, this, this wasn't, it wasn't working when needed international help. now the latest i have is the 2 planes that live from greece, with a crew of 25. some of them on the ground was some of them in the already i had the call to the royal that was the british was stationed already here in the, by that dropping water up in the mountains and also across from israel are also here as well. the are in union are also killer considering other options depending on how things go. and nathan, we understand that the period of storage is have been making some statements. what
left
right
Borrow Program
tv