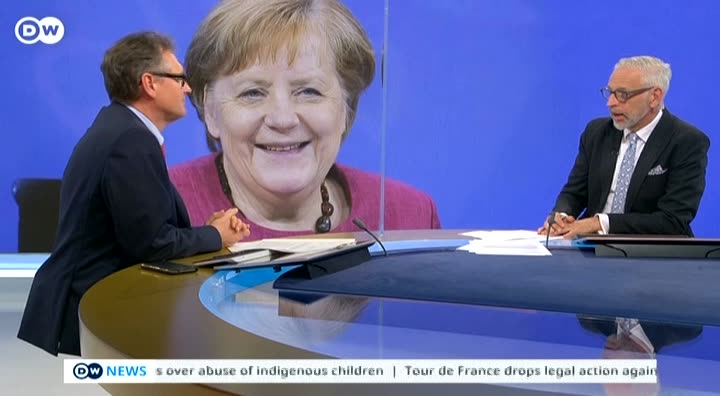 the queen. so presumably the last visit of uncle america as a chance to the u. k. just run made through they the most important topics that we'll have covered. i think from the british point of view, what's important is that britain is thinking about opening up again after the in the course of the qur'an restrictions that have been in place. and obviously, britain like all other europeans and probably or other people in the northern hemisphere. i want to go on summer holiday. and so it's very important that they are actually welcomed in the holiday destination is mainly here in europe. germany itself, so far as defined britain as a country where a variant of concerned adult of very and adult mutation is on the rise. and as a result, people from britain at the moment, not a lot of trouble to germany. and in fact, germany has tried to impose these restrictions in the hold of europe or rather to
3:01 pm 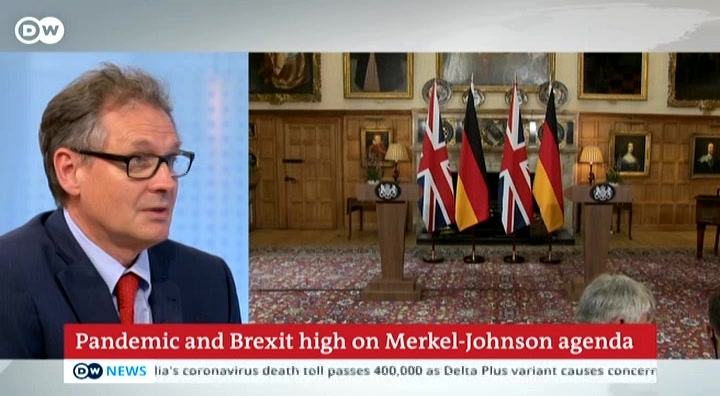 persuade other european countries to impose similar restrictions. unsuccessfully so far, i think what barbara johnson is hoping is support from i'm going to knock for in fact, taking away these restrictions, allowing free travel in europe also for britons. and in fact, one has to say that this variant is also on the rise in germany, and it makes no sense to keep people from britain out of germany if, if in germany the delta variant is also spreading quickly. so i can imagine that some sort of concession from the part of germany is possible that speaking about concessions just yesterday with germany interior and saw the over as quite harshly criticized the u. k for allowing the football games, wembley stadium to happen in front of large audiences of it was 40000 against germany. expect it to be $60000.00 in the semi final and fall. do you think that as kind of put a damper on this actually the interior minister was very careful not to mention
3:02 pm 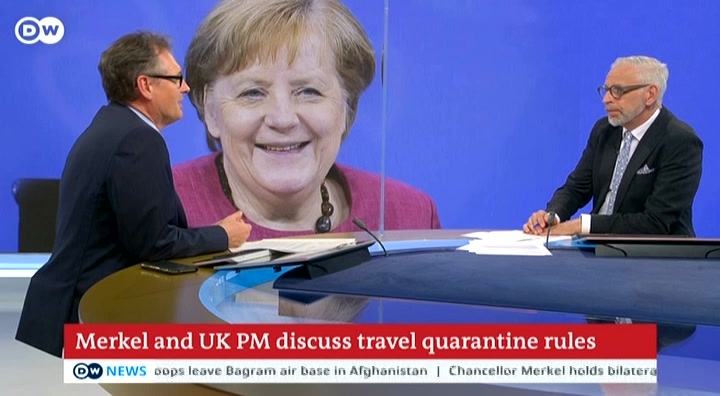 britain in that sense. he criticized waive the early in the european association, holding them responsible and said it was in fact irresponsible to allow so many thousands of fans to assemble without any restrictions without. well, they're obviously the tests and people are being called onto where mosse and so on . but in fact, that is not a really managed to restrict the spread of infections that we've had, as we've heard. and several reports, for instance of scottish found that return from london with infections. so yes, that is a matter of concern, and i'm sure i'm going to mca, who's someone who is on the side of caution and this matter has done so for more than a year. i'm sure that's something that she's concerned about as well as her interior minister. they would have talked about that, but obviously that is something that is between the u. k. government and if it's a sovereign decision on their part,
3:03 pm 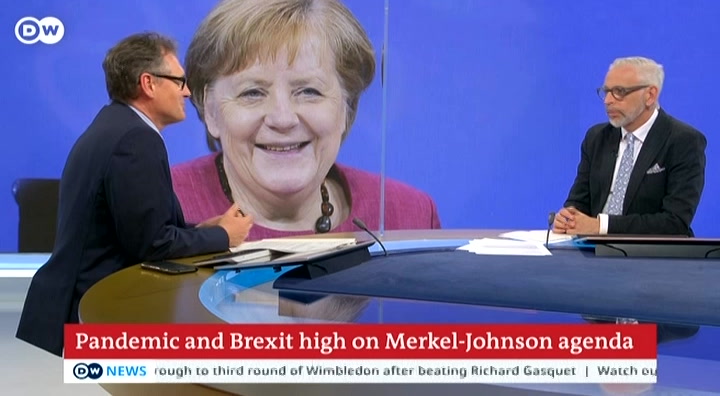 but obviously it has some impact on the head of europe since that will be european fans who will congregate in london in the next couple of weeks. we don't know exactly which trans. yes, but there will be from these last few quarter finals that we're going to be watching tonight. and then the next couple of days it will be a sizable car. that's for sure. and i'm just being told that we have big mass now in london, not in london, just outside of london winds of castle waiting for uncle michael to arrive after the press conference to have tea with the queen. bigger. tell us how significant is that? that the queen is receiving the chancellor today is definitely significant. and we also know that it means actually quite a lot of fungal america for her being viewed in the u. k. as a bit of a fair well to us. she's probably not going to come again to the u. k as a child, and she has met the queen before she has met to just recently actually at the g
3:04 pm

7 summit in cornwall and she told us afterwards this.
left
right
Borrow Program
tv