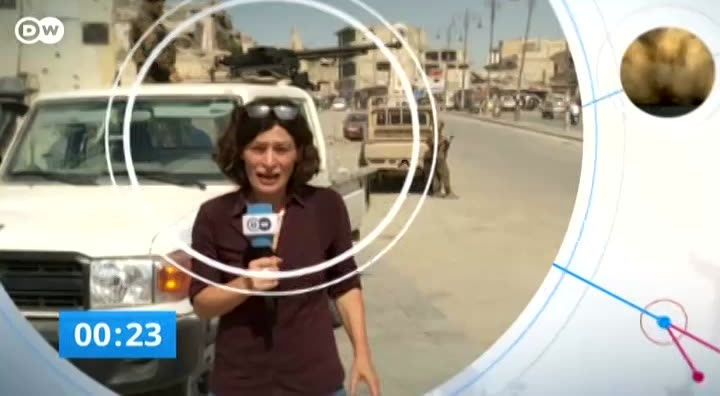 [000:00:00;00] ah, ah ah ah, this is the w news lied from berlin, president, gigi, and paying hail china's rise as irreversible as it holds lavish celebrations, mocking 100 years since the founding of the chinese communist parties. she tells a huge crowd in beijing that the era of china being bullied is gone for also in the program, europe in union launch, the digital covert certificate system aimed at making travel easier. but allies fear a lack of coordination between members,
3:01 pm 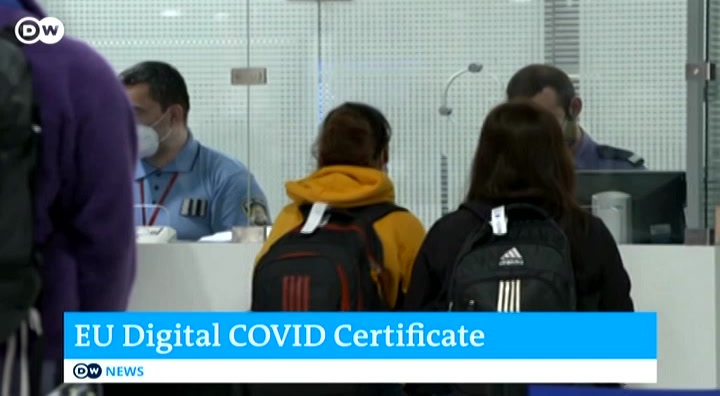 states could lead to long queues and chaos. plus the dangers facing young migrants trying to reach europe. the w goes to serve you to find out what's being done to shield them from human traffic. and police brutality loss could more face future have prevented florida's deadly tower block collapse. i feel sad that people didn't really stamp up and say it's time we need to, we need to pay attention to this and our other residential blocks and danger of suffering this same phase. the me i'm going to have as welcome to the program, china as president, she jan paying has struck the fine tone as celebrations, marketing the 100, the diversity of the countries communist party at
3:02 pm 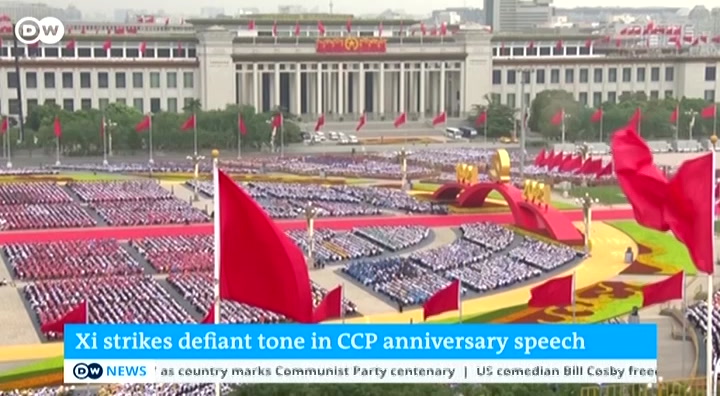 a major event in canada and square g called for the countries really cation with self rules, taiwan. he also warned that anyone attempting to bullied china would quote, get their heads bashed of service. see the comments veiled threats to western countries. and i've criticized china for human rights abuses and crack down in hong kong. she's our long speech, follow the military fly of a common salute patrick songs in honor of a ruling communist party but has been a turbulent century for china under that party. it started with a secret meeting of 53 people in shanghai in 1920 mom or 2 in one and has since been transformed into a colossal instrument of political control and power. some 902000000 members across the country for decades. the people's republic of china was essentially close to the rest of the world. on the founding lead miles on today, the ones in poverty nation is the world's 2nd biggest economy. but on the trying as communist party,
3:03 pm 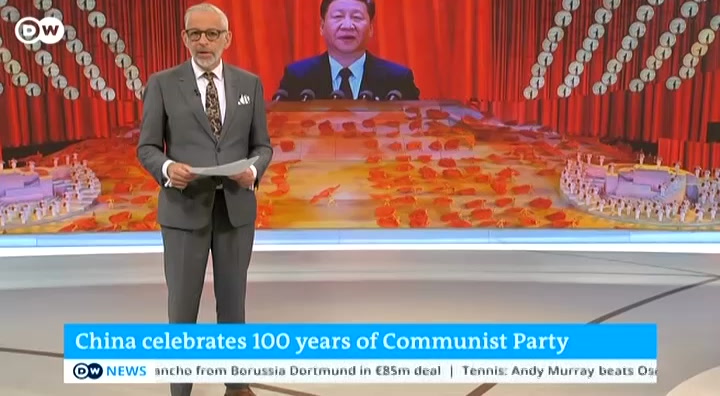 that transformation has come out of cost. today tourist builds play this lake, but 100 years ago it was a small group of marxist to sort out. this is alex, but they had convened in shanghai, but the fear of spies. so they move their meeting to boat on non who lake 100 kilometers south of the city is where they found it. the communist party today, man who receives visitors from all over china content that meant that it is the communist party that stands for and has brought us the good life. we have to day to day to take the household for month. the government has built an impressive museum on the shore visitors. i told the story of the party that has tirelessly fort we're the nations of the chinese nation.
left
right
Borrow Program
tv