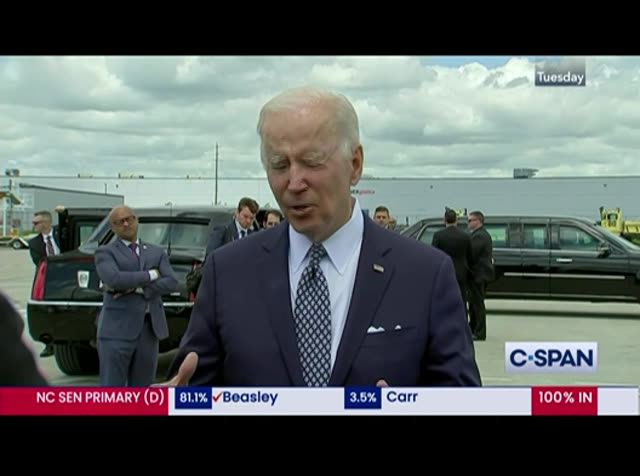 terror. it's real. i know you don't want to -- not you, but people don't want to hear me saying. he's the president, he's a democrat. but the intelligence community has been saying, it's what the military has been saying for a long time. there's nothing we can do about -- there's nothing new about this. nothing new about this. and look, there's a lot of people like this murderer who committed this act who are susceptible. who are just lost and don't know what to do. and they're easily taken. they're easily sucked in. we have to admit it. i don't know how we don't admit what the hell is going on. anyway, thank you very much. [captions copyright national
3:33 am 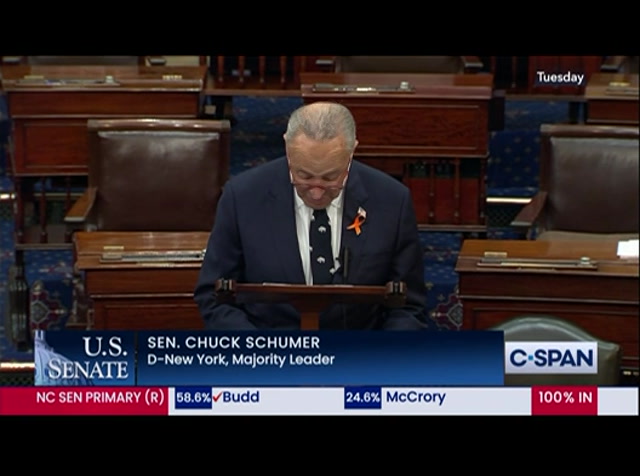 experiencing on a daily basis . a higher prices they are experiencing at the pump. >>
3:34 am 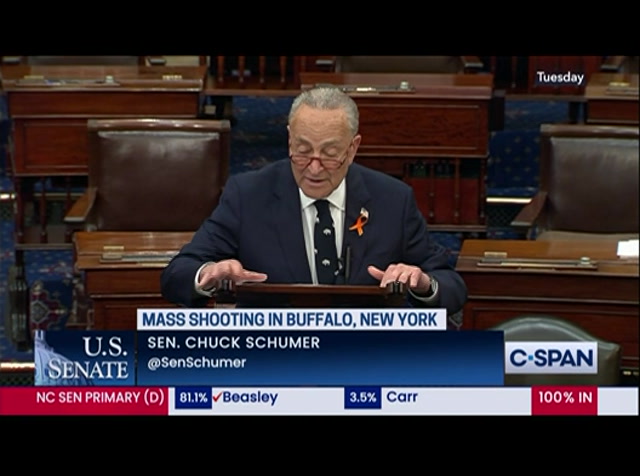 who lost his dad on saturday because his dad was at the store buying his kid a birthday cake. just heartbreaking. it was also with anger that somebody could act with such horrible, evil -- with such horrible evil. and yet despite all that, it was hope -- hope -- that somehow, some way this beloved community will find the will and the grace and the courage to cohere. i know, i know in my heart of hearts that they will. to the people in buffalo i met today, i say this -- all of new york and all of america stands with you in this hour of deep darkness. we love you. we hold you in our hearts, and
3:35 am 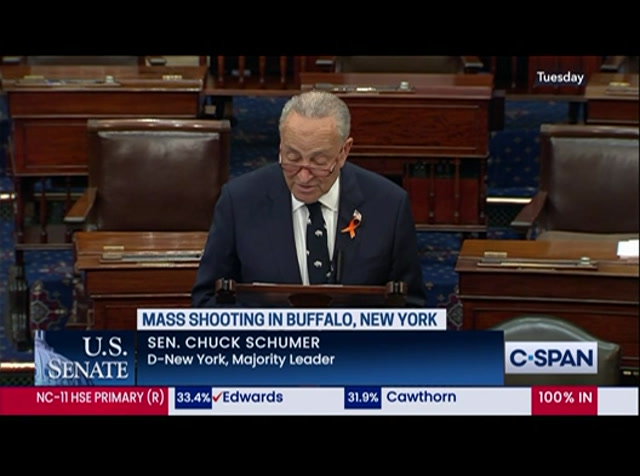 we pray for each and every one of you. we will be with you in spirit at every prayer service and every march and in every moment of silence. today we are all buffalonians. i just don't know what could possess someone to bring violence to a place like the east side. i just don't. but what we do know is that each passing day -- in each passing day, new and frightening details emerge about the lengths to which the shooter planned his attack. we know that the shooter chose tops supermarkets in order to target as many black americans as possible. it's a supermarket i know well. i helped bring it to the east side decades ago because they were a food desert and needed a supermarket, and i persuaded the owners of tops to open one. and as the years grew, that supermarket became not just a
3:36 am

supermarket but a community convening place. and when it awful man went to tops to shoot -- to do his terrible shooting, it was like putting a dagger in the heart of the community because the supermarket had repeally meant much more than a supermarket. and we know through online posts that the terrorist -- that's what he could be called -- likely visited the tops market months ago in a reconnaissance mission to map out the store, to observe the security guards, even to find a parking spot. we know all that. we know that he had gotten away -- had he gotten away, he intended to carry out more shootings at another store. and one other thing we know, madam president, we know that his reprehensible views, his racist, white supremacist views belong to an extreme ideology of hate that's increasingly finding
3:37 am 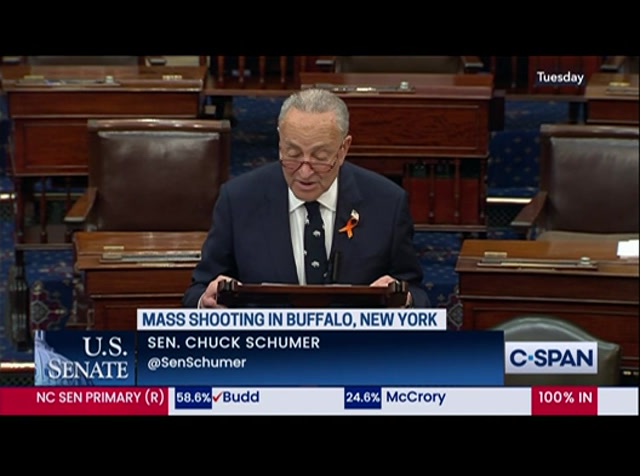 home in the american mainstream. in buffalo, the president was right to strongly condemn these views with the whole nation watching. all elected officials -- all elected officials -- should do the same. the great replacement, or replacement theory, used to be something found only in the darkest corners of deranged minds and in the deepest trenches of the internet. but today, sadly, indisputably, you don't need to go online anymore to find white replacement theory rhetoric. you can find it in cable -- on cable tv, from the comfort of your own couch. and perhaps no network has had more impact in propagating and normalizing the rhetoric of replacement theory than fox news. to follow up from my remarks yesterday, this morning i sent a
3:38 am 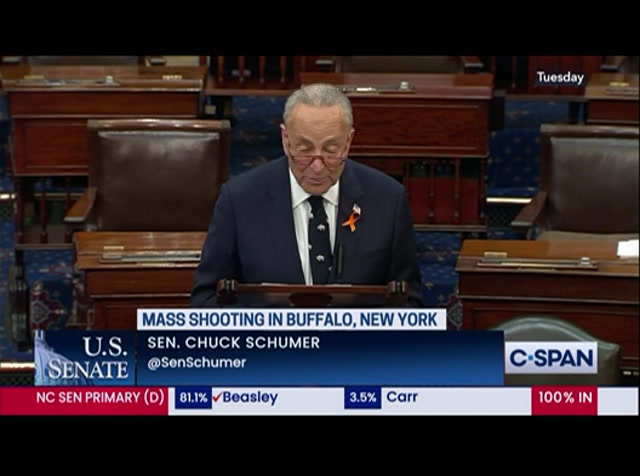 letter to rupert murdock, to fox news executives, and to tucker carlson, imploring the network and mr. carlson to sees their amplification of replacement theory on their network. a -- according to one study, mr. carlson has used rhetoric echoing replacement theory on at least 400 episodes of had is show, which has -- of his show, which has a nightly audience of three million people. it is dangerous and un-american for one of the biggest news networks in the world to amplify conspiracy theories that are eerily similar to those cited by the buffalo shooter. and to those who think this is an exaggeration, to those who refuse to acknowledge that fringe white supremacist views are now increasingly out in the open, i would simply ask them, where were you on the night that thousands of white supremacists marched openly on the streets of
3:39 am 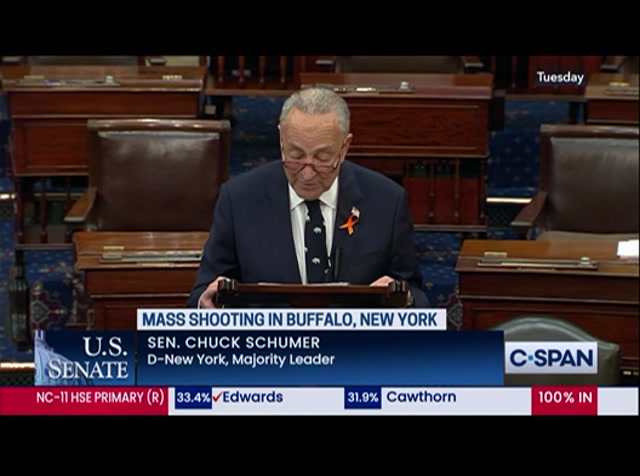 charlottesville bearing torches and chanting, you will not replace us? that's what they said -- you will not replace us. where were you when thousands of insurrectionists stormed into the halls of this capitol, waving confederate flags and donning sweat shirts about the holocaust? where have you been during any trump rally, where the republican standard-bearer goes on and on about undocumented immigrants steeling the 2020 election, a message parroted by countless maga republican candidates across the country? and where were you when a white supremacist shot up the walmart in el paso, a synagogue in pittsburgh, spas in atlanta, and a black church in charleston? or at a grocery store in buffalo , new york? it would be the easiest thing in the world to denounce something as evil, vial, and un-american
3:40 am 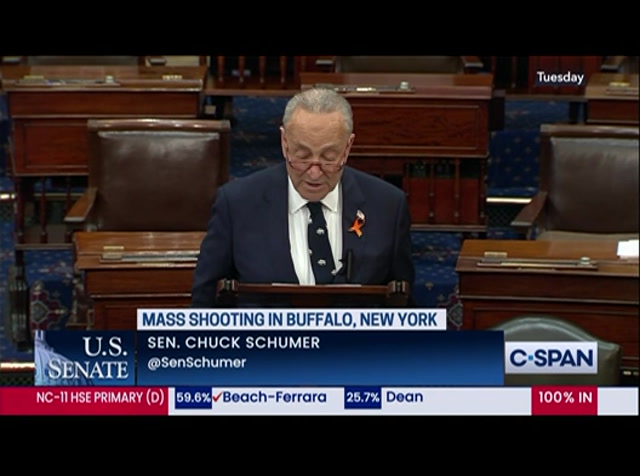 as replacement theory. to its credit, this week "the wall street journal" editorial board acknowledged that, quote, politicians and media figures have an obligation to condemn such conspiratorial notions as white replacement theory. while that is necessary, it is hardly sufficient, and too many maga republicans refuse to do even just that. and lafs night -- last night, tucker carlson did not do that either. he deflected and refused to acknowledge that a clear connection exists between the messages on his shows and some of the views championed by these mass shooters. he dismissed the shooter's 180-page rant as the product of a diseased and disorganized mind, while omitting that the shooter's mind was diseased and warped precisely by online conspiracy theories that are echoed regularly on his show.
3:41 am 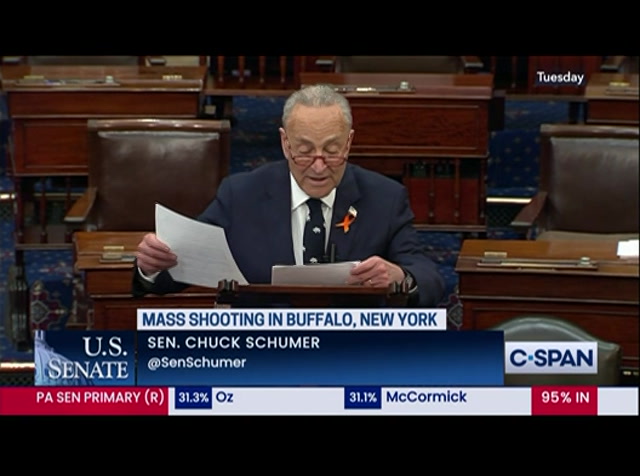 the plain fact is that the shooter responsible for the violent murder of 10 innocent lives espoused the same false and racist conspiracy theories that tucker carlson has pushed to his audience 400 times, and which far too many maga republicans, including former president trump, are happy to amplify. tucker carlson, and indeed all voices of influence in this country, should come out and not just condemn racial violence, not just condemn racial theory, but refuse to give these false and racist conspiracy theories a platform. let me say it again. anchors like tucker carlson, and in fact all maga republicans, and all voices of influence across the political spectrum, should not just -- not just condemn racial violence, and views like replacement theory, but further refuse to give these false and racist conspiracy
3:42 am 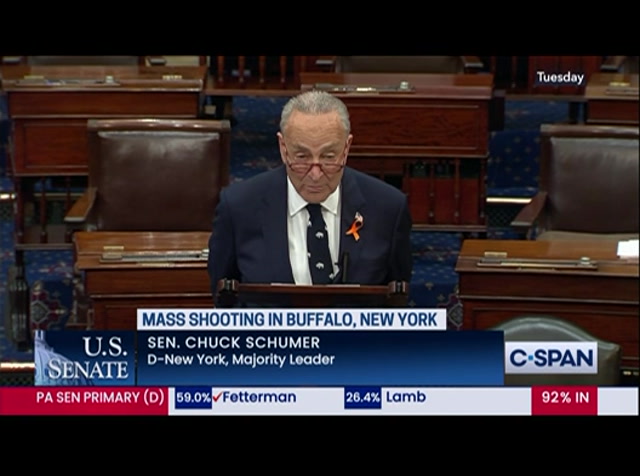 theories a platform whatsoever. it is horrific to see that most on the hard right haven't done that to date. until we unite to stop views like replacement theory, stomp them out of existence, until we ban together to call these vial conspiracy theories what they are, white supremacist propaganda, we cannot find closure to the attacks like the one we saw this weekend in buffalo, new york. and communities across the country, especially communities of color, will continue to live in fear that at any moment they may be targeted by violence, just because of who sherry beas,
3:43 am 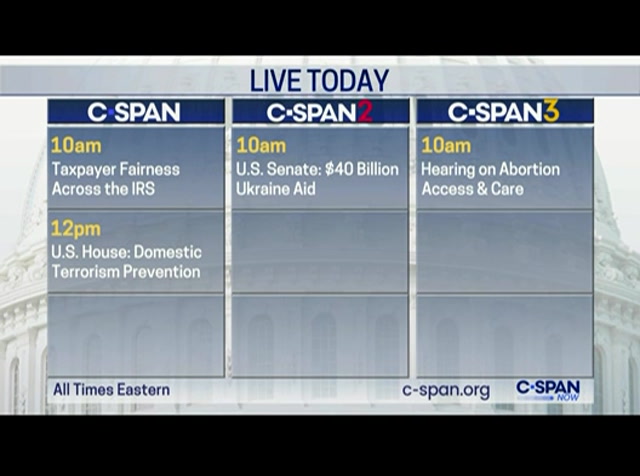 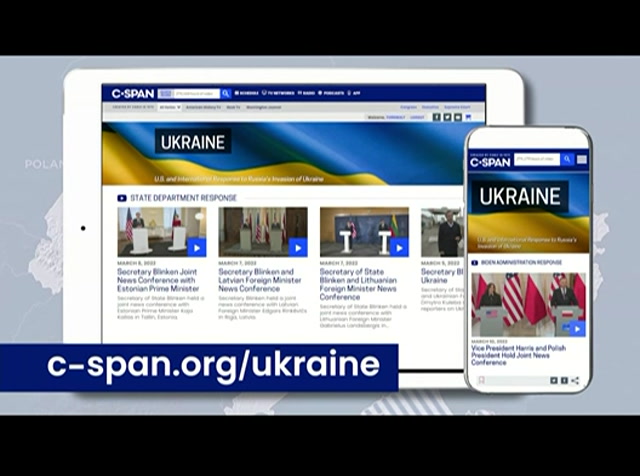 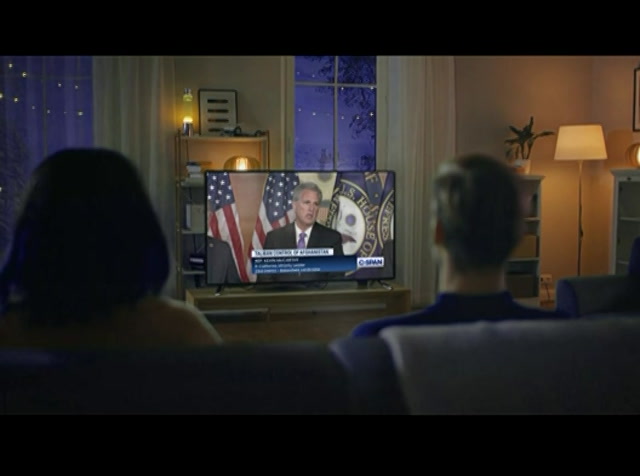 Senate Majority Leader Schumer spoke on the Senate floor about his trip to Buffalo with President Biden to honor the vicitms of the recent mass shooting there.