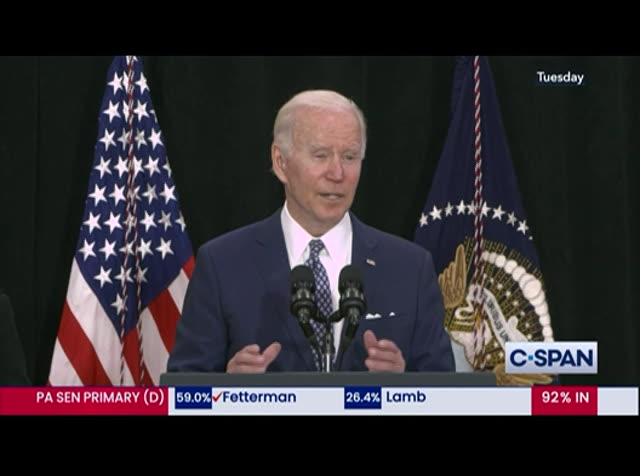 no joey, he's a heap of faith and my grandmother would say spread the faith. thinking of you. hold on to each other. stick together. we'll get through this. we will make buffalo and the united states a better place to live . [applause] >>
3:30 am 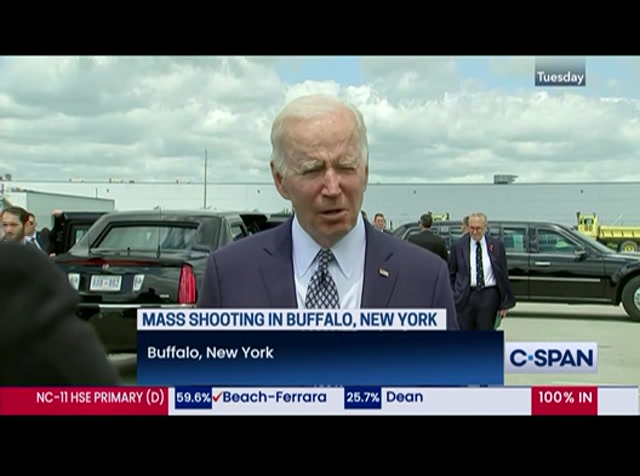 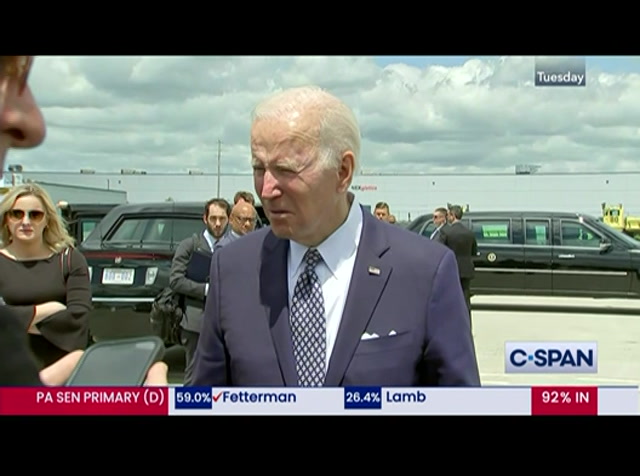 >> what can you don on -- do on executive action? pres. biden: not much on executive action. i have to convince congress to go back to to what was passed years ago. reporter: what do you think about next steps in congress? do you think there's an opportunity for more movement there in. pres. biden: the answer is, it's going to be very difficult. but i'm not going to give up trying. reporter: [inaudible] pres. biden: we have enough laws on the books to deal with what's going on now. but we have to deal wit. look. part of what the country has to do is look in the mirror and face the reality. we have a problem with domestic
3:32 am 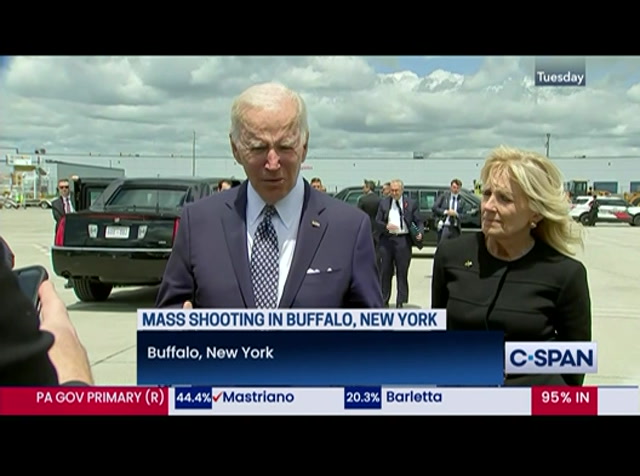 terror. it's real. i know you don't want to -- not you, but people don't want to hear me saying. he's the president, he's a democrat. but the intelligence community has been saying, it's what the military has been saying for a long time. there's nothing we can do about -- there's nothing new about this. nothing new about this. and look, there's a lot of people like this murderer who committed this act who are susceptible. who are just lost and don't know what to do. and they're easily taken. they're easily sucked in. we have to admit it. i don't know how we don't admit what the hell is going on. anyway, thank you very much. [captions copyright national
left
right
Borrow Program
tv

President Biden said America "has a problem with domestic terror" before departing Buffalo, New York, where he and the first lady met with families of the victims of a mass shooting. When asked if it was time for a domestic terror statute, the president responded: "There are enough laws on the books to deal with what's going on now. We jut have to -- we have to deal with it."