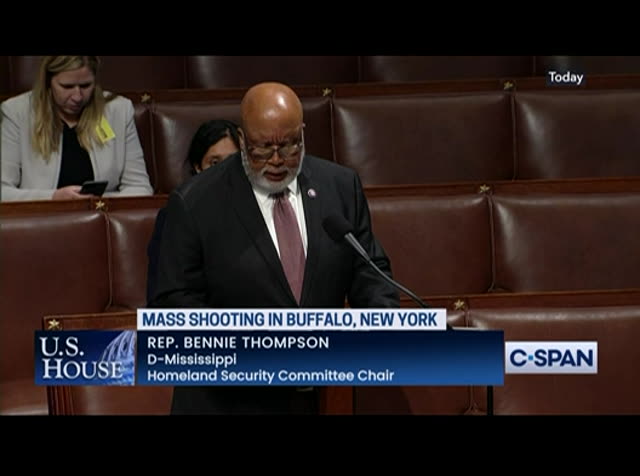 extremism. the fbi director told congress domestic terrorism is metastasizing through this country and is not going away anytime soon. the intelligence community has recently warned that racially motivated violenct extremism poses the most lethal domestic terrorism threat. while americans may not see i do i on what -- eye to eye, there seems to be general agreement that public places and houses of worship in particular need to be more secure. >> or what purses does the gentlewoman from florida seek recognition? >> without objection the gentlewoman is recognized for one minute. >> high-rise today in outrage over the buffalo massacre. can-americans was just -- who was just shopping cannot go
1:45 am 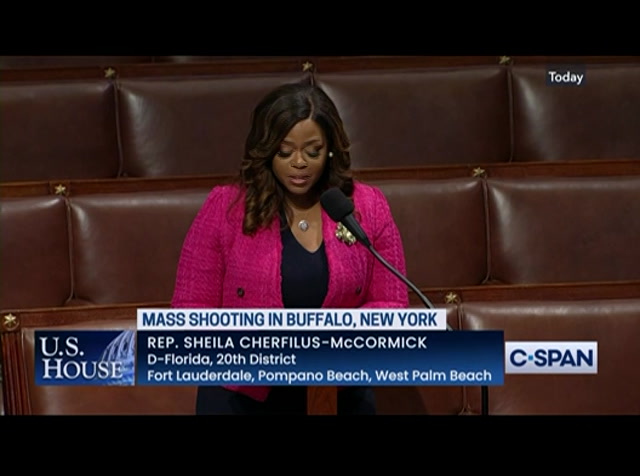 unavenged we must punish the vile predator for to the fullest extent of the law. this white supremacist committed an act of domestic terrorism, specifically targeted a black community because of its rhetoric, such as a false white replacement theory pushed by the previous administration. mrs. cherfilus-mccormick: he was also empowered by social media went sites -- websites such as twitch and discord, which do not correctly filter his hate comments. we must watch the growing levels of hate and make sure such an act never happens again we need a national background check law to prevent radicalized individuals from getting their hands on military-style assault weapons. a single tragedy of this magnitude is a travesty, by allowing all of these shootings to become normal ietzed is a crime againstle.
left
right
Borrow Program
tv