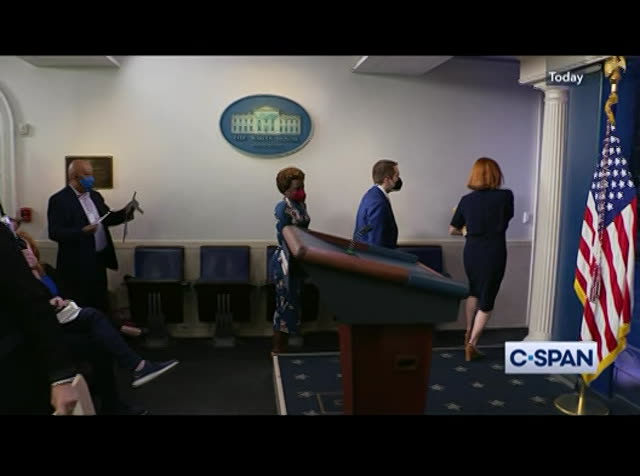 >> former secretary of state and four-star general colin powell died today due to complications from covid-19. mr. powell was the youngest and first african-american to serve as chair of the joint chiefs of staff. colin powell died today at the age of 84. vice president harris reflected on his life. vp harris: it's going to be very windy so i thought i would take a moment to talk to you about secretary powell.
5:01 pm 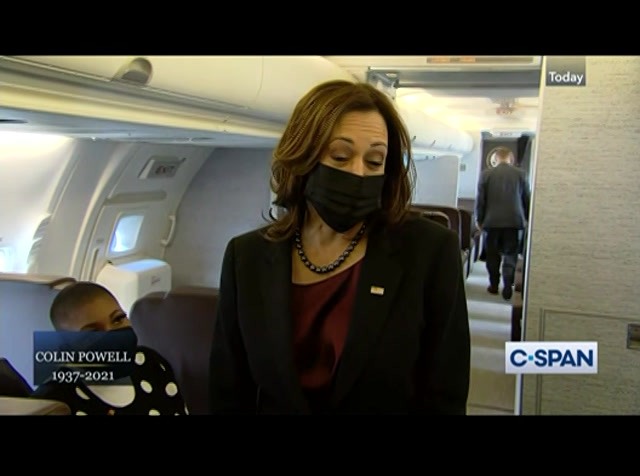 what an extraordinary public servant, american patriot. i last saw him in july at a small dinner that the president posted for chancellor angela merkel. secretary powell and i had a chance to catch up. what an incredible american. he served with dignity, with grace. he was the academy of what it means to be strong, but at the same time so modest in terms of everything he did and said in a way that it was never about him, it was about the country and people who served with him. we talked about the challenges of this moment. as you know, he was very supportive of the president and the work we needed to get done.
5:02 pm 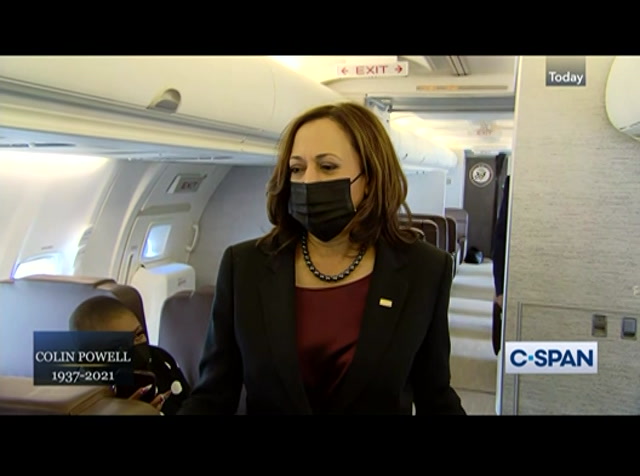 he was the first black person to be chairman of the joint chiefs, the national security advisor, to be secretary of state. every step of the way when he filled those roles, everything he did and the way he did it, he inspired so many people. there has been a lot of conversation about that, young service members and others in our nation and around the globe have noticed what his accomplishments meant as a reflection of who we are as a nation. that is important to take away, which is that he broke so many barriers and they were not easy to break, but he did it with dignity, with grace.
5:03 pm 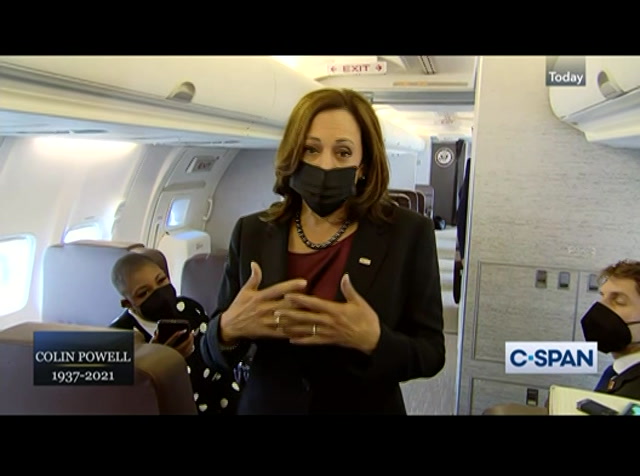 because of what he was able to accomplish, it did elevate our nation in so many ways. may he rest in peace. >> what's your message for americans who know that he was fully vaccinated who remain skeptical about getting the vaccine? despite the fact he did have the cancer diagnosis as well. vice pres. harris: what happens in terms of his health situation is exactly what the doctors have told us can happen, in terms of people who are immunocompromised. today is a day to reflect on the life of the man and his extraordinary service, not to politicize the efficacy of vaccines. thank you all so much.
5:04 pm 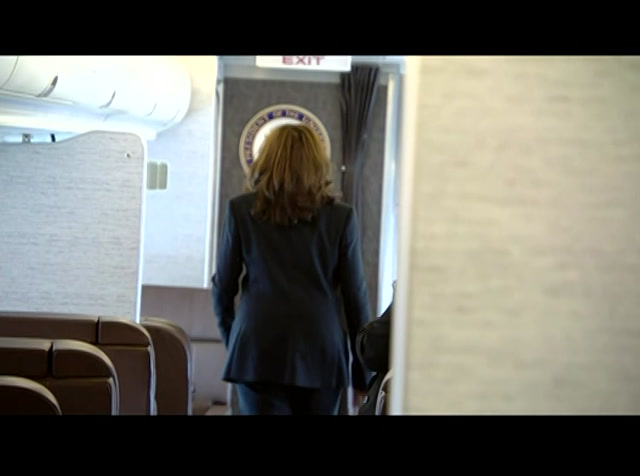 >> this week on the c-span networks, the house and senate will be in session. watch on c-span and c-span2. we will have live coverage of several congressional hearings on tuesday. the senate finance committee considers the nomination of tucson police chief chris magnus to be the u.s. customs and border protection commissioner. at 7:30 p.m. eastern on c-span two, the january 6 committee will vote to refer stephen bannon to the justice department for criminal intent for his refusal to appear before the committee. on wednesday at 9:30 a.m. eastern, the senate foreign relations committee holds a confirmation hearing for a few nominees, among them nicholas
5:05 pm 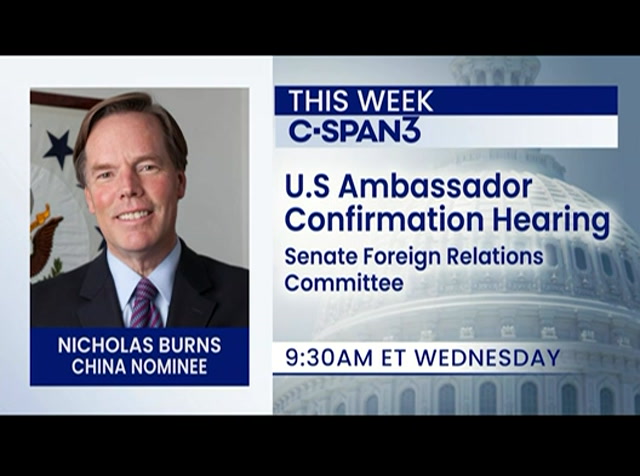 burns, who president biden nominated to be the u.s. ambassador to china, and the former congressman and chicago mayor rahm emanuel, who is up for u.s. ambassador to japan. on thursday, two oversight hearings. attorney general merrick garland will make his first appearance before the house judiciary committee on issues facing the justice department. at 10:00 a.m. eastern on c-span.org and the new app, the homeland security secretary will appear before the senate judiciary committee. watch this week on the c-span networks, or you can watch our full coverage on c-span now. also head to c-span.org for scheduling information and to stream video. c-span, your unfiltered view of government.
5:06 pm 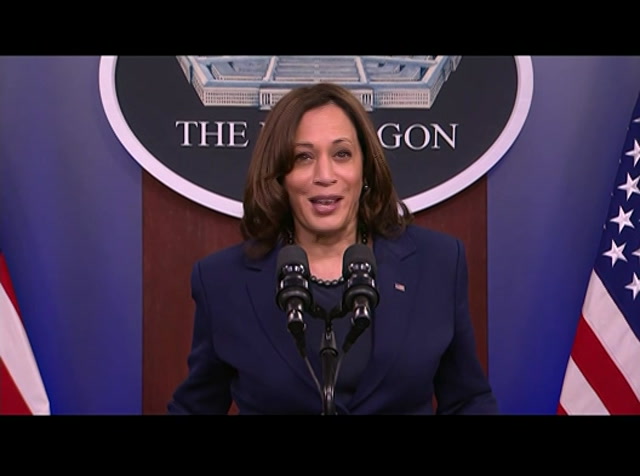 >> now, president biden gives remarks at the 40th annual national police memorial service to honor the 491 law enforcement officers who lost their lives in the line of duty during 2019 and 2020. his remarks are just over half an hour. [applause] >> good aften.
left
right
Borrow Program
tv

Vice President Harris reflected on the life of Colin Powell, the nation's first African American secretary of state. Powell passed away at the age of 84 from COVID-19 complications.