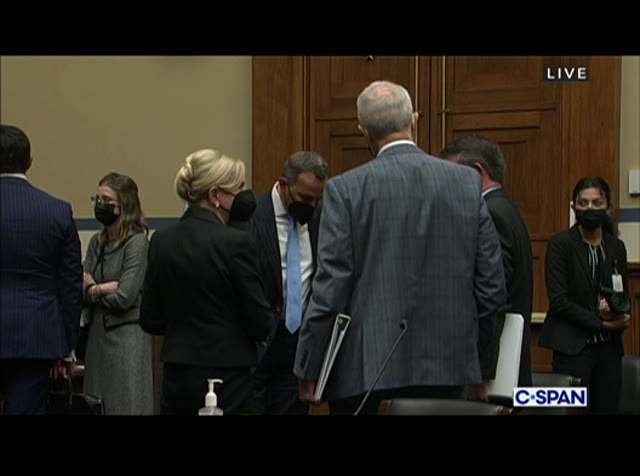 >> if you missed any of the hearing on arizona's audit of the 2020 election you can watch the full hearing tonight starting at 9:00 eastern on c-span or c-span.org and now video app. >> c-span is the unfiltered view of government funded by these television companies including chair communications. >> broadband is a force for empowers the. that is why charter invested billions building infrastructure, upgrading technology and many powering opportunity in communities big and small. charter is connecting us. >> charter communication
1:56 pm 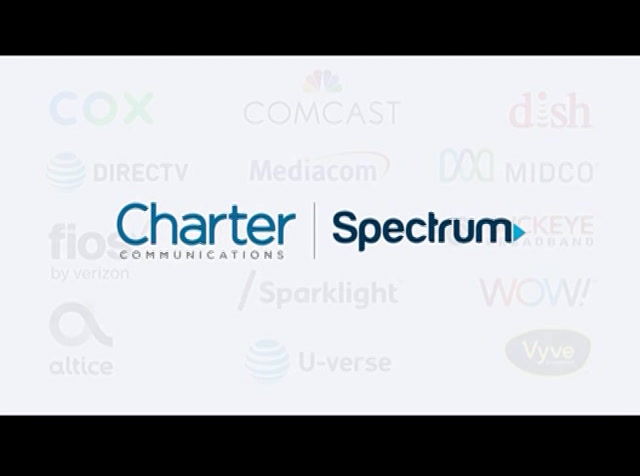 supports c-span as a public service along with these other television providers giving you a front row seat to democracy. >> joining us is mark lopez with pew research the director for race and ethnicity. good morning. guest: good morning. host: as we approach the 2022 election how much power do latino divorce hold? there is more interest in the latino vote and nuances of voters than in previous elections. you see republicans opening community centers or maces to contact latino voters in place look south texas or san antonio. so this in connection election and 2024 should be interesting to see how much they get and where latinos fall given the circumstances of the upcoming elections. host: what did the 2021 elections tells about those
1:57 pm 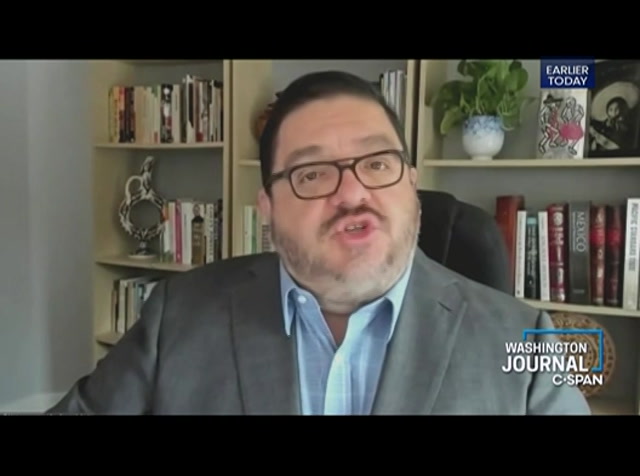 trends? guest: one thing we saw is a shift toward trump relative to 2016. for example, in 2015 trump had about 28% of latino voters support and in 2020 according to our verified voter study he won about 38% of latino divorce support. that means biden support was lower than among hillary clinton in 2016. she won 66%. biden won 59% in 2020. so biden still won the vote but it is interesting trump was able to make gains among latino voters and did so across the country not just south florida but south texas, in the southwest. places like philadelphia and san francisco there were insulate gains that trump made across the country among latino voters in many places. host: guest: part of it is different
1:58 pm 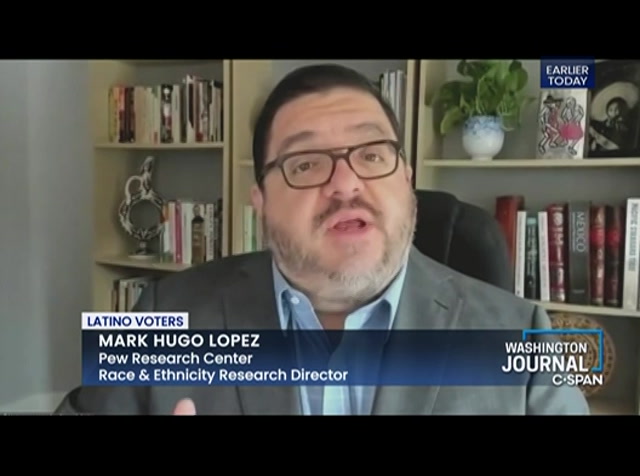 groups of latinos. part of it is trends that have been long-standing like cuban-americans for example in south florida. also groups, a certainly growing number in south as well. in places like south texas, we saw a grow among hispanic men, u.s.-born of immigrant parents, places of southwest, third generation of mexican americans. it is often linked to different places around the country. host: we are going to continue with our can -- with our conversation with latinos and the effect they have. republicans 202-748-8001.
1:59 pm 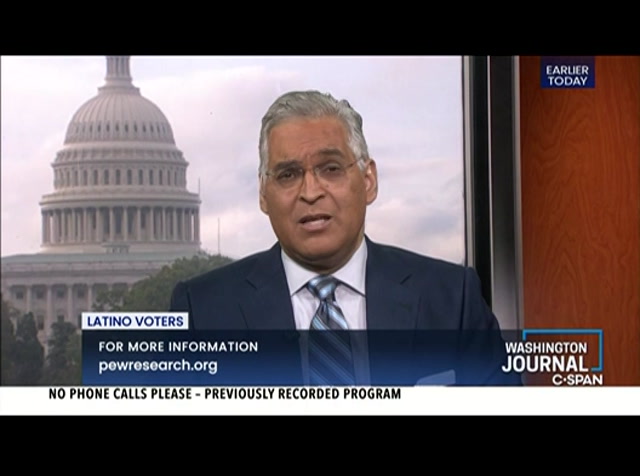 democrats 202-748-8000. independent 202-748-8002. mr. lopez, help us understand what it means to be a latino voter. guest: latinos make up 40% of all potential voters. they are hispanic or latino. these are people that trace their roots to latin america. or trace their roots to spain or u.s.-born or hold u.s. citizenship. it is part of a bigger and growing population, about 62 million for example. making up almost 19% of the nation's population. particularly when it comes to their potential as voters, those numbers happen growing by about 4 million between each presidential election. host: you mentioned texas as far
2:00 pm 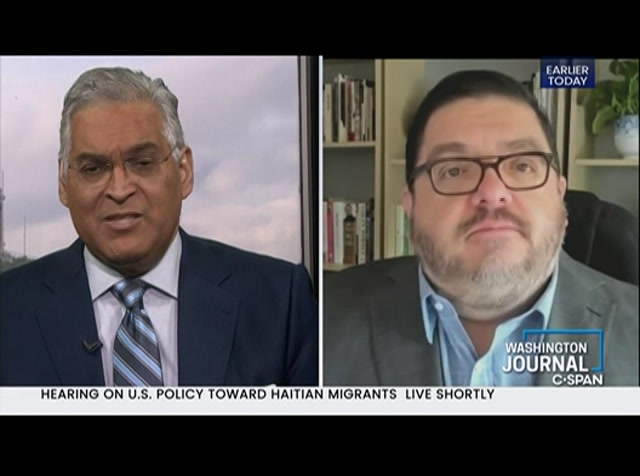 as what is going on at the community center. talk about the bigger aspect about where the republican party is and democratic party is reaching and retaining these motors. guest: both have -- these voters. guest: both have expressed interest in these voters. there was some concern and discussion whether or not the biden administration had moved early enough to shore up support from latino voters. president trump won the latino vote in south florida. depending on where we are, but it does seem both parties are interested because the latino voters are not locked in to anyone party. their support has shifted depending on candidates, depending on issues, depending
2:01 pm 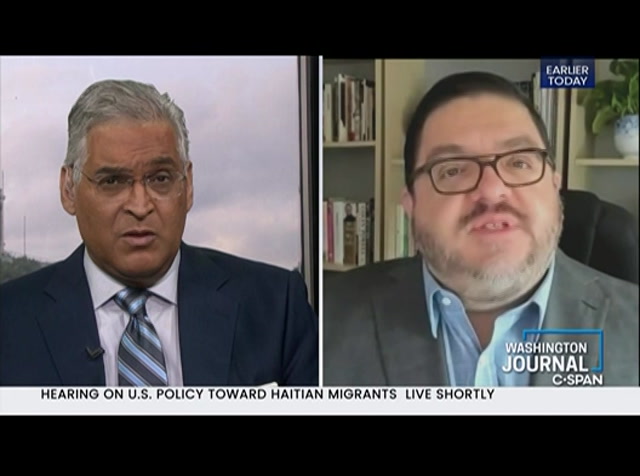 on the year. you do see cuban, venezuelan, nicaraguan, colombian. they lean more toward the republican party. mexican americans, or -- puerto rican learning more toward the democratic party. the cuban story is particularly unique because cuban voters are so strongly in the republican, leaning toward the republican party and have been doing so for even some time -- for some time even though there has been some shift. host: how does age factor? >> guest: a lot of the growth in the number of potential latino voters are coming from young people who were born in the u.s.. 4 million additional potential voters mentioned earlier. about 3 million of that four
2:02 pm 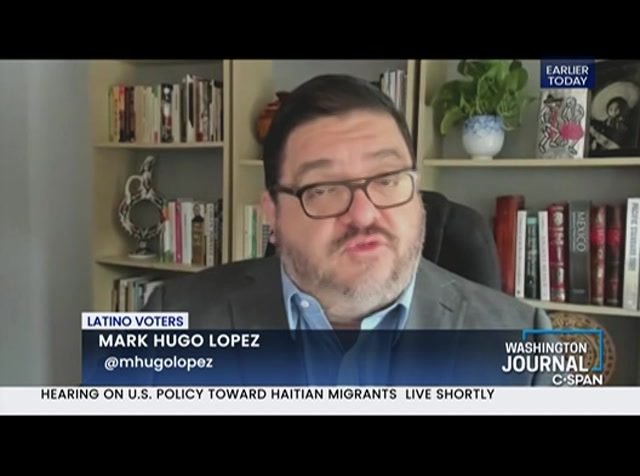 million would be young latinos who would be entering adulthood. younger latinos tend to be more -- lean more toward, just like we see with young people generally, younger latinos tend to lean more toward the democratic party. host: describe the work you do as far as race and ethnicity. guest: we looked at race and ethnicity and the united states in addition to the views, opinions and attitudes about hispanic and attitudes about hispanic americans, black americans, asian-americans and many other groups on a number of things from policy to how they see their own identity. it is quite a wide range, but it is exciting to see some of the changes over the decades and the latino public opinion and
2:03 pm 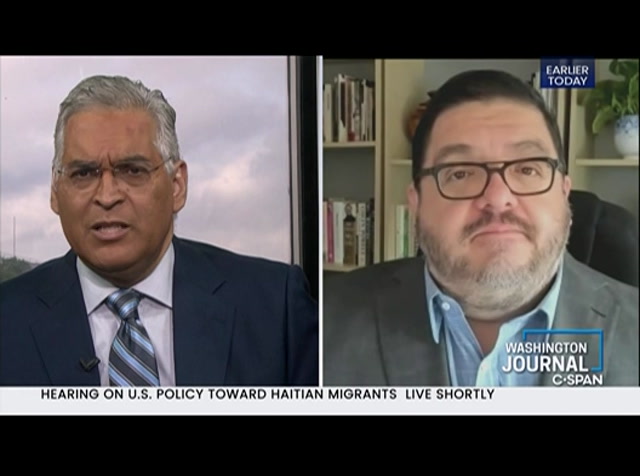 latinos attitudes about their own identity. host: let's hear from sharon in illinois, identifies as latino voter. ambassador daniel foote: -- >> i can probably help when i watch any researcher and people asking questions and trying to figure out who is going to vote where. any researcher, whether you research a certain group of people to get a number to decide what people vote the way they are, that's a small percentage of everyone who does vote. people don't tell the truth. it's hard to really tell. it's important to understand, no offense to the way, it is offensive when people say latino voters. everyone in america is so mixed. it doesn't matter what color you
2:04 pm 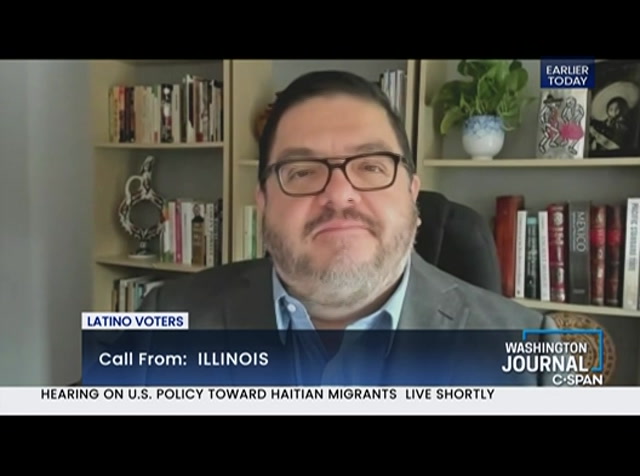 are necessarily or what shade you are, everybody feels, generally people are mixed with different ethnicities. so to say you are latino or black. it's really just offensive to those groups. i think that's why trump is a draw to different people because i think he basically understands that. if you stop putting labels on people and assuming they think one way or the other host: ok sarah, thank you. guest: the diversity of people like latino voters may think of their identity and the impact edit how they -- impact how they vote in different ways.
2:05 pm 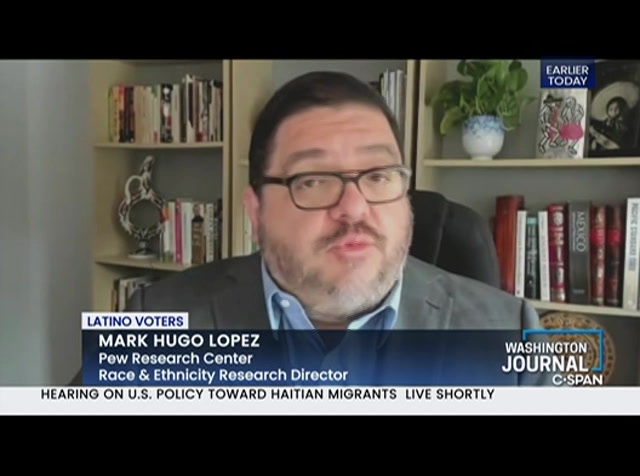 marriage rates among the highest when it comes to the latino population in the united states. about 30% of latino newlyweds marry somebody who is not latino. that means you have many people who are intermarried with folds that are not necessarily latino and that may have an impact on how they see their politics. i think it's important to note that there are many different ways that we can describe the nation's voters, one is which race and ethnicity. it voters themselves may not think of themselves as part of a broader latino voter group. sometimes you find latino voters" and have a lot in common . the points to something earlier on. diversity in a population is
2:06 pm 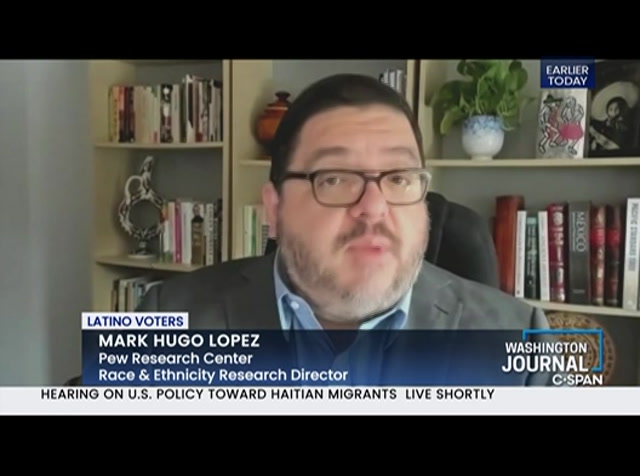 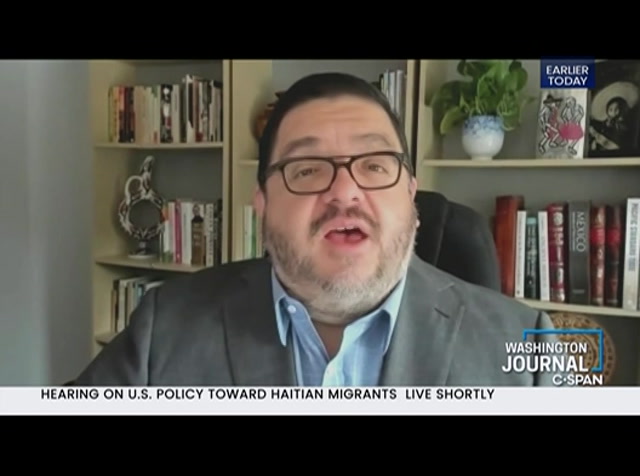 syndrome we are dealing with? >> guest: great question and i think this is something that most -- that points to the diversity in the latino population. many are and pajama -- event gelcoat -- evangelical christians. in the case of mexican americans, the mexican american population numbers about 37 million people. it is the single largest group among the latino groups -- mexican groups. viewpoints do differ within the population. many years ago, we did a survey and we asked spent americans broadly what should be done about those in the country without authorization. this is back in 2010.
2:08 pm 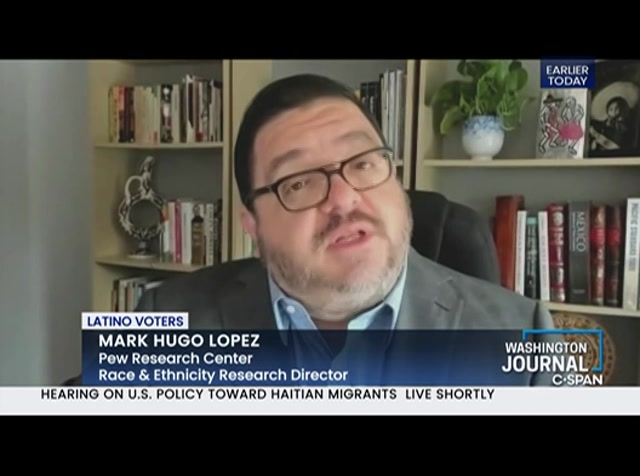 said those in the country illegally should be deported. support is not uniform across the population. it does vary and there are some mexican americans have strong views about immigration. there are those who have strong views about those who are in the country and are undocumented. this points to one of the most interesting and important findings which is an awareness that this is not a monolithic population but instead latino voters have different views and different sensibilities and pending on where you are, you may encounter different reactions to candidates policies. one of the things that is important is the importance of global climate change. >>
left
right
Borrow Program
tv