sustainable business for a clinical practice or hospital. if we are thing about expanding medicaid, we have to be careful and realize insurance does not equal access to care. the caller also brought up an important point about employee sponsored health insurance. it is a challenging marketplace especially for small businesses. we have to provide opportunities for small businesses to think about other ways and mechanisms to ensure employees. host: dr. brian miller >> the house is back in session at 2:00 p.m. eastern. today they'll debate legislation to ends the sentences disparities of possession of crack cocaine and powder cocaine. and the house will debate the $1.2 trillion bill the senate passed last month. speaker nancy pelosi says the house will vote on the bill
1:56 pm 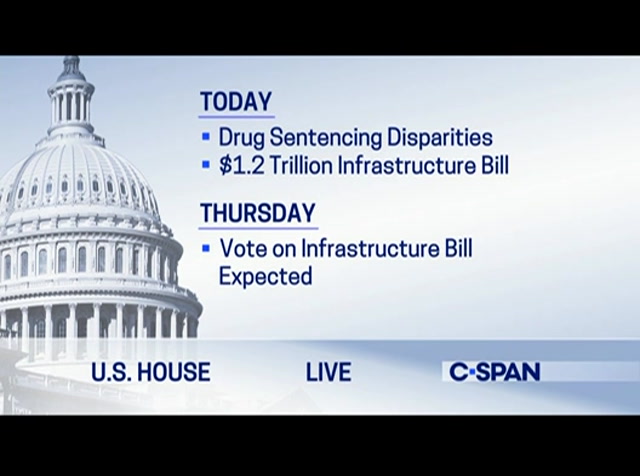 thursday. when the house is back in session, you can find live coverage here on c-span. house , joined next by the white house reporter for the washington examiner who is here with us to talk about the week ahead, the president busy over the weekend. he and his staff talking to lawmakers about the votes ahead. guest: thanks for having me. a big week for the president's agenda. the hard infrastructure bill is up for a vote on thursday and according to politico reporting, the democrats in the house confirmed the president hasn't been whipping votes hard enough and they need to focus more attention on -- that they can get, kratz aligned in order to proceed with the bill. host: the continuing resolution was passed in the house last week and has to be passed by the senate to avoid a government shutdown.
1:57 pm 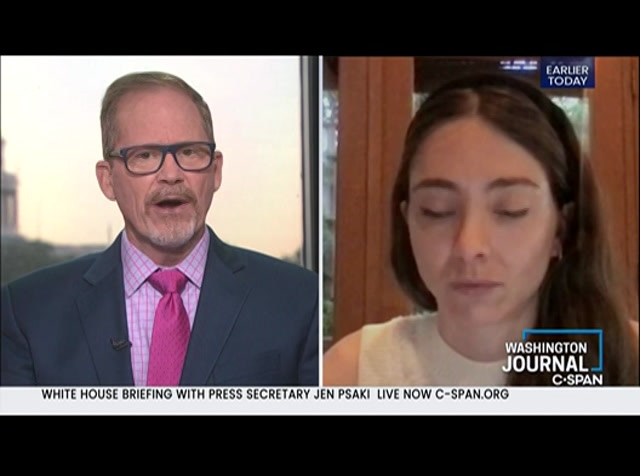 what can you tell us about the administration's preparations for a potential shutdown. >> the administration has begun to reach out to staff at various agencies. they sent out a memo last week. alerting their employees the need to consider the government could be shutting down as soon as the end of the week. preparations are underway but given we are in a pandemic there is concern that doing something at that time, of the shutting down at this time could pose real problems to the administration efforts to continue to hold the spread of coronavirus and manage that. >> debate on these measures brought up the issue of crisis of the southern border. with the haitian migrants crossing at del rio. the headline from your piece over the weekend, the del rio
1:58 pm 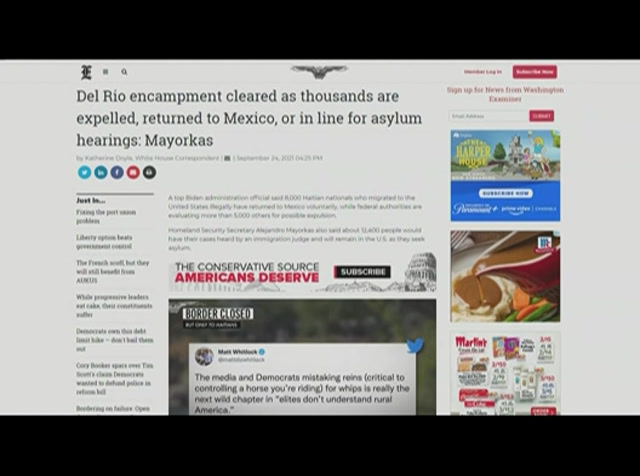 encampment cleared as thousands are expelled and returned to mexico or in line asylum. what is the administration -- what is the next step of the administration on this? >> the administration is confronting pressure from republicans to find a solution to protesting these migrants inside the country and who are waiting asylum processing. we were told on friday by the secretary that a thousand people have turned across the border. there's also pressure from democrats over the deportation flights that have been continuing that say at least 2000 sent 2000 people back to haiti and last week we saw a senior administration official resign over this fact calling it inhumane and calling the biden administration's treatment of patients counterproductive.
1:59 pm 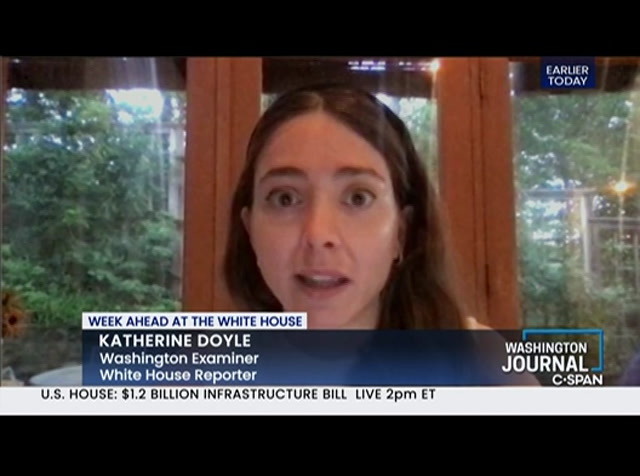 the administration is wrestling with their desire to get a handle on the crisis at the border, of the huge number of migrants arriving and at the same time being able to reconcile their practices with the kinds of policymaking that members of their caucus are looking for. >> have you heard anything from the white house in terms of this issue hindering efforts on capitol hill to engage and bring republican members onto the side of the issues in the infrastructure bill, social spending measure, the climate change measure in the house and senate this week, is the border issue a problem in that regard? guest: it >> you can watch the rest of this on our website c-span.org. we leave it to take you live to the house floor. today, debate scheduled on the $1.2 trillion infrastructure bill. you're watching live coverage of
left
right
Borrow Program
tv