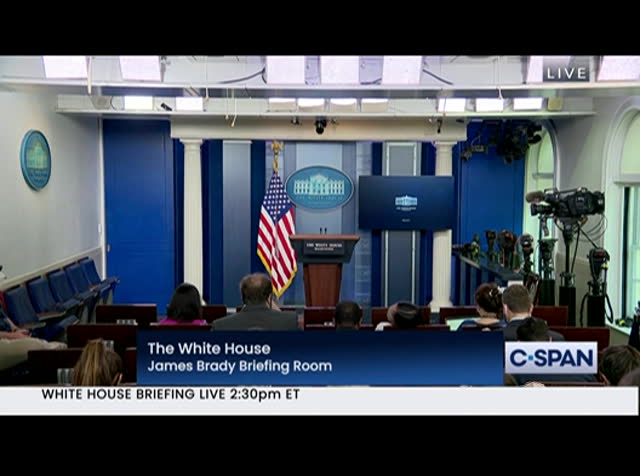 deputy press secretary, karine janne-pierre, set to address reporters, that's been pushed back a couple of time, we'll have live coverage once it start, assuming the house doesn't come in. they've been in recess subject to the call of the chair, because the rules committee has been meeting throughout the day, since about 8:00 this morning, on a bill that would extend the federal pandemic eviction moratorium set to expire tomorrow. the bill would extend it to the end of the year but the word is, democrats are trying to get votes for a shorter extension, through october 18. the speaker explaining in a letter to colleagues that is when the public health emergency declaration expires. still no word from the rules committee nor when the house may gavel back in. only thing it did move forward on capitol hill was the senate, by a 66-28 vote, agreed on the motion to proceed to that
2:27 pm 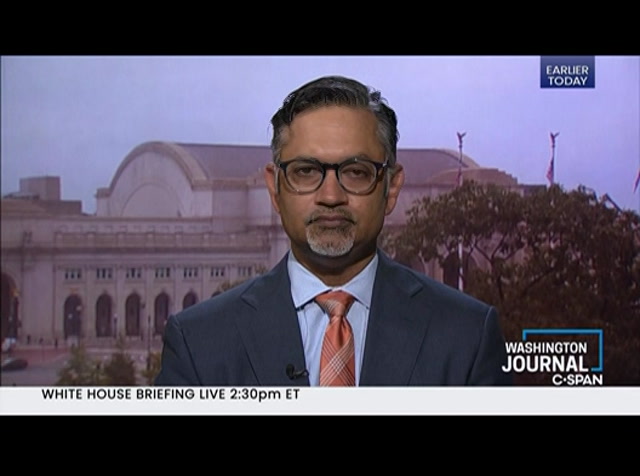 bipartisan infrastructure bill. so first we will have live coverage of the briefing when that gets under way here and secondly, should the house come back in this afternoon, whenever they come in, we'll have live coverage of course here on c-span. and as we wait for the house briefing, the white house briefing to get under way, we will go back to today's "washington journal." ali nooraw to talk about the biden administration's immigration policies. let's begin with what is happening on the southern border and those attempting to cross or those who want to get apprehended to get into the system of the country in hopes of staying. are they tested for covid-19? guest: i was just down there a couple of weeks ago. as individuals are coming to the northern mexico side of the order, many of them are going
2:28 pm 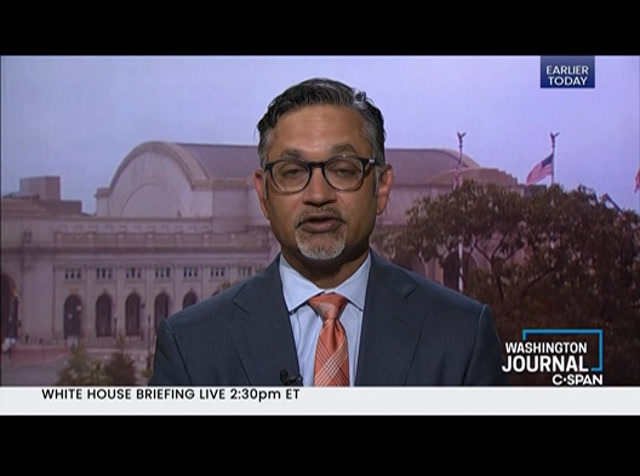 into shelter facilities that are read wiring covid tests before they actually are able to stay the night. i've visited a facility run by the international organization iom, where if someone is presented with a positive test, they were quarantined in the facility up to 10 days. what we are seeing along the northern mexico boarding -- border is the ability to test people so when folks are entering the united states, they are able to get tested by cdp but then we move them through a process that's orderly and safe and secure and people seek to apply for asylum, they can begin that process. one of the most important things the biden administration has done is set up the infrastructure, the logistics and put in place the personnel and partnerships so that the border is secure and number two, managed in a humane way. host: it was reported this week,
2:29 pm 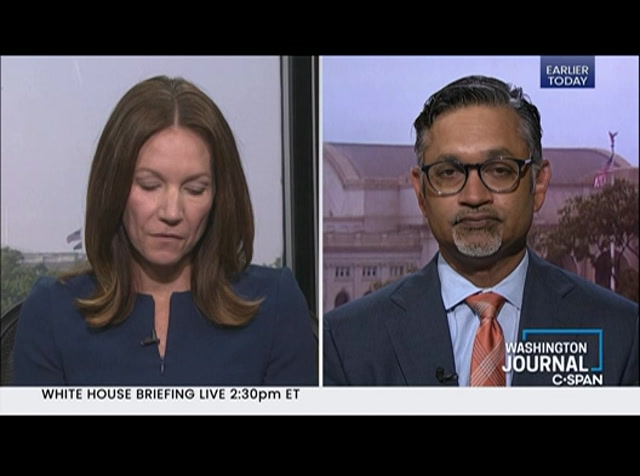 about 50,000 migrants cross the southern border and have now been released in the united states without a court date. all they they are told to report to an immigration and customs office, instead, 13% have shown so far. where are these people in the country? can they go anywhere in the country and do we know if they have covid-19? guest: in terms of the next step, these individuals, cdp and immigrations customs enforcement needs to have the cassidy to put in place alternatives to detention. those are ankle bracelets so the person can go through a community where they have a family member or relationship to pursue their case but they are part of a system. i think this is one of the biggest reasons why there is a continued surge of resources to the border to make sure there is
2:30 pm 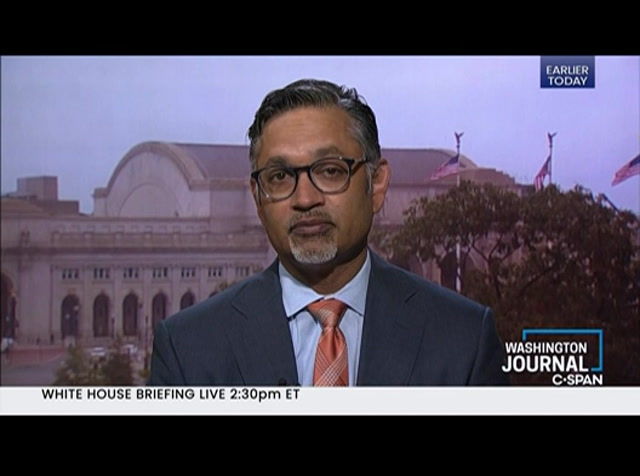 testing and processing that's so important. the biden administration is well aware of these challenges. in terms of vaccination and testing, those pieces are coming into place. host: what is title it's led to a lot of business districts a along the mexico boarder to struggle. under title 42 what happens is that if an individual is presenting family or a single adult to ask for asylum they're being turned around. they're not being put into the system. they're not being detained or formally deported. they're being expel.
2:31 pm 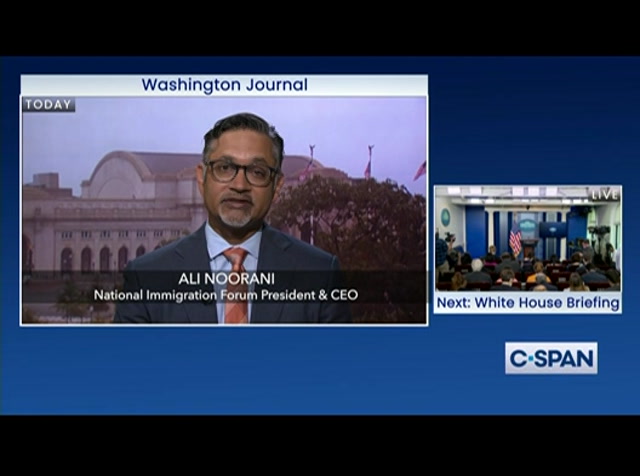 what has started to happen is those title 42 restrictions have been lifted for unaccompanied children so they are put through a process here in the states to pursue their asylum case. title 42 has in essence closed the boarder to nonessential travel. the only people that can cross the boferrederer u.s. citizens and legal permanent innocent residents. host: .500 attempted to cross the border, what immigrant gets to stay and be put into the process and what type of immigrant is deported immediately? guest: so the challenge here to a large degree is the lack of consistency across the border because of the way that mexico is treating or kind of handling returned migrants. so the policy writ large on the u.s. side is if you are a single adult or a family with children who are not of tender age you are immediately expelled. however, some parts of mexico,
2:32 pm 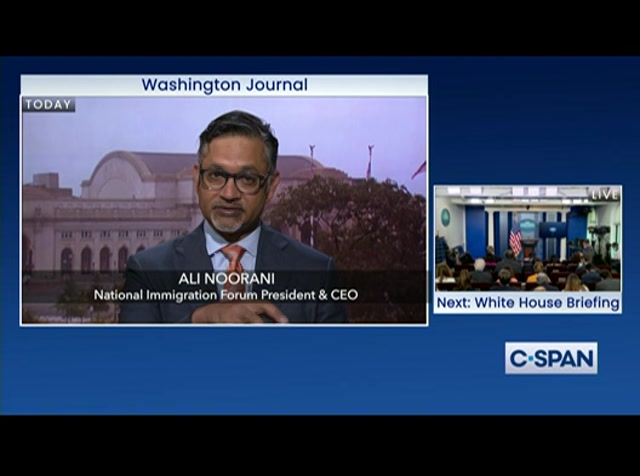 some states along the u.s.-mexico border are refusing to take back, for example, nonmexican migrants. so those individuals are kind of put into the system on the u.s. side. so what's happening is that governors along the mexico side of the border, they don't have a consistent policy from brownsville to san diego and that leads to some chaos. on the u.s. side of the border, there's a consistency of who is allowed in to put pursue asylum claims and who is do not by and large those are single adults which are the majority of apprehensions by the border patrol and family units, like i said, who do not have children of, quote, a tender age. >> let's talk about another part of immigration, the daca recipients. where are the legal challenges with that right now? what's the lateest? guest: the late zest that in the south district court, judge hanan ruled that the daca
2:33 pm 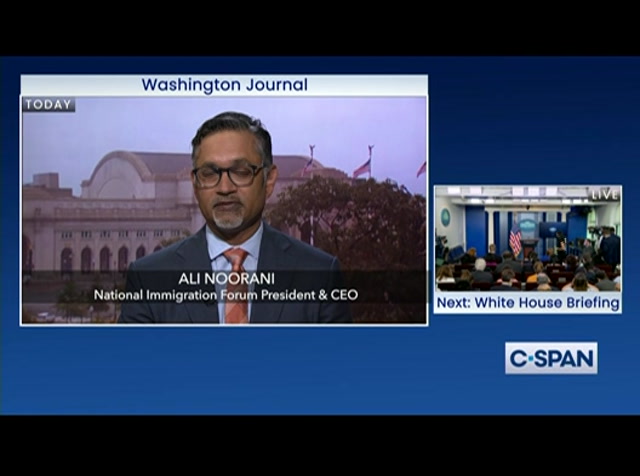 program, deferred action for childhood arrival a program put in place by president obama, was put into place illegally in that the administration did not use the administrative procedures act. so what's going to happen, what's happened now is because of the judge's ruling, no new applications for daca protections are allowed which has meant that approximately # 1,000 young people who were on the verge of getting protection through daca are out of luck. on the other hand, those who do have protection under daca, roughly 700,000, 800,000 people, those remain in place. the next steps here are that, it's assumed that the department of justice will appeal judge hanan's ruling and it will end up in the fifth circuit to hear that case. the fifth circuit is a very, very conservative circuit so i think it will be a tough battle. but luckily, you know, the daca recipients and the community have an attorney general who believes in the contributions of
2:34 pm 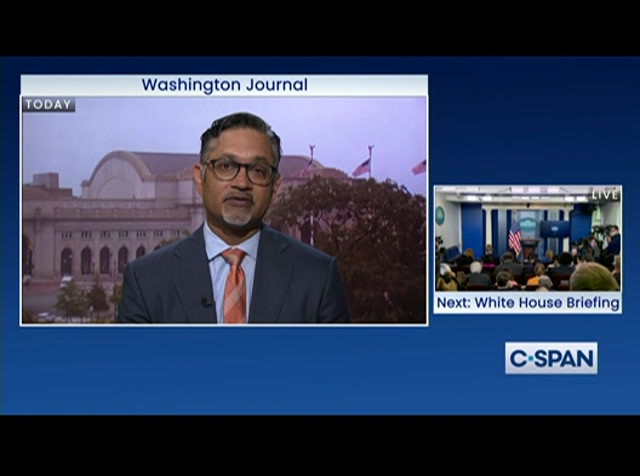 daca recipients and their potential as american citizens in the future. host: ali, tell us what your group does, what's your goal? gip it's a nonpartisan advocacying orny organization working with everyone from pastors to police chiefs and c.e.o.'s to argue for the contributions of immigrants. host: to our caller. caller: on this immigration, coming across that border, border patrol says covid is up 900% with the immigrants coming across the border. 800-something of the border patrol have gotten the virus. now this virus is so deadly, why aren't those
left
right
Borrow Program
tv