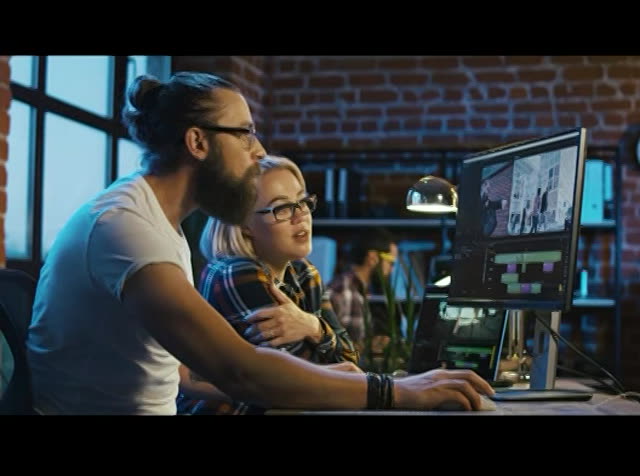 while supports c-span as a public service. along with these other television writers area giving you a front proceed to democracy. >> on saturday, president biden paid a visit to michigan where he toward a cherry orchard. after meeting with farmworkers and greeting supporters, he picked up some items at the market and took some questions from the press.
1:50 pm 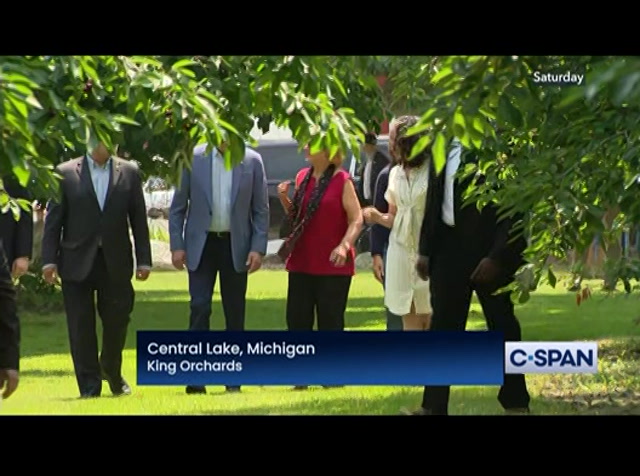 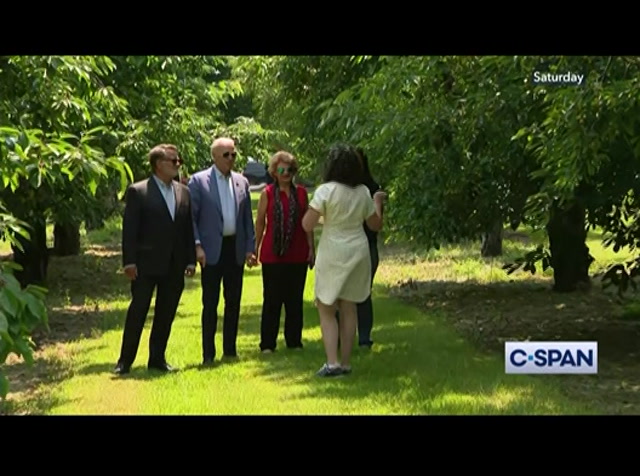 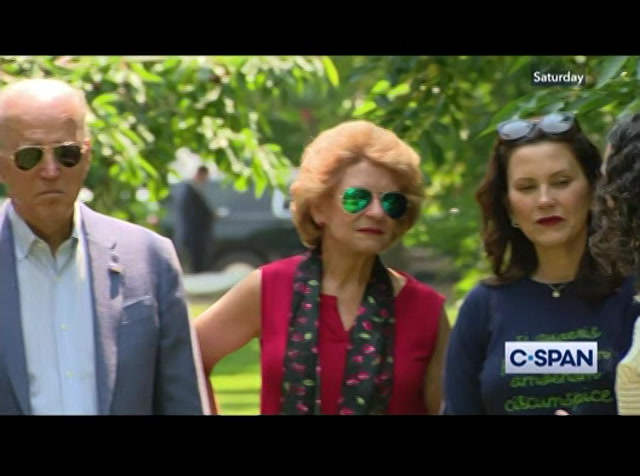 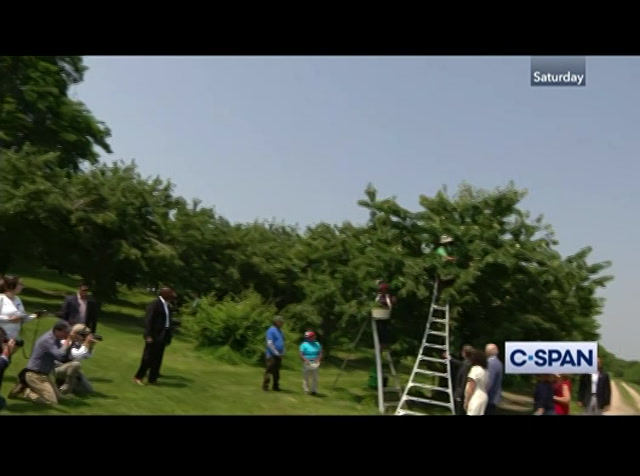 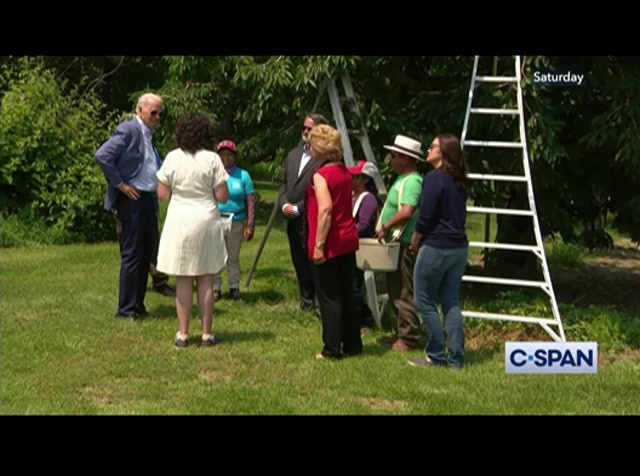 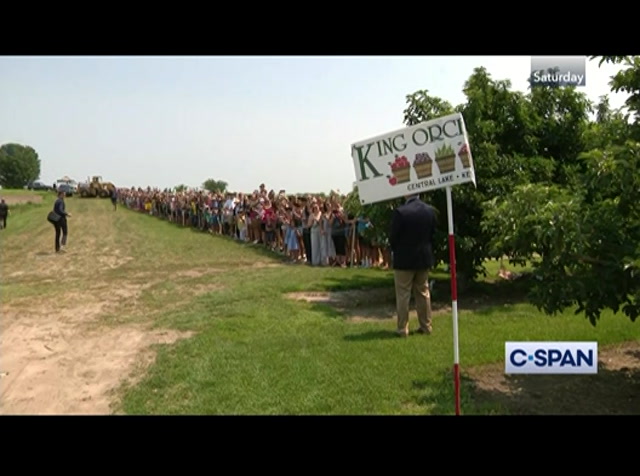 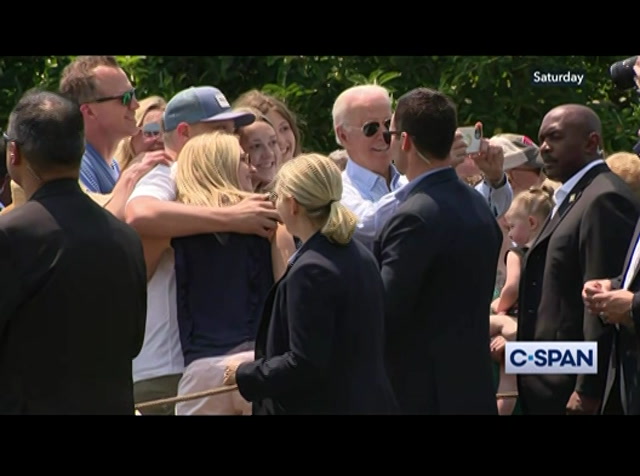 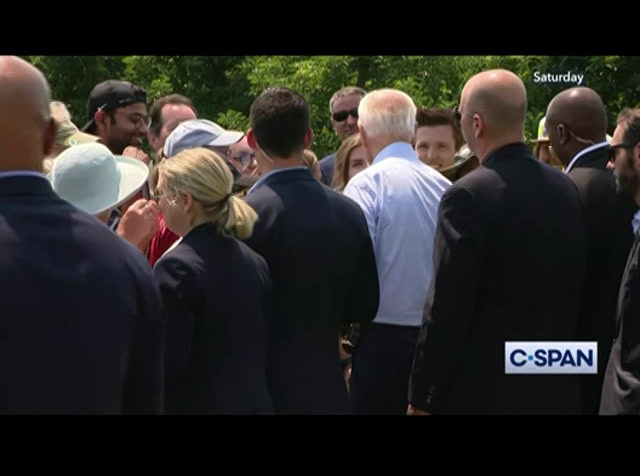 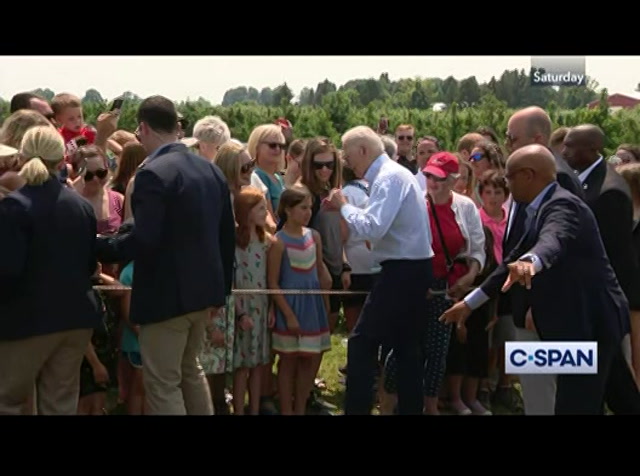 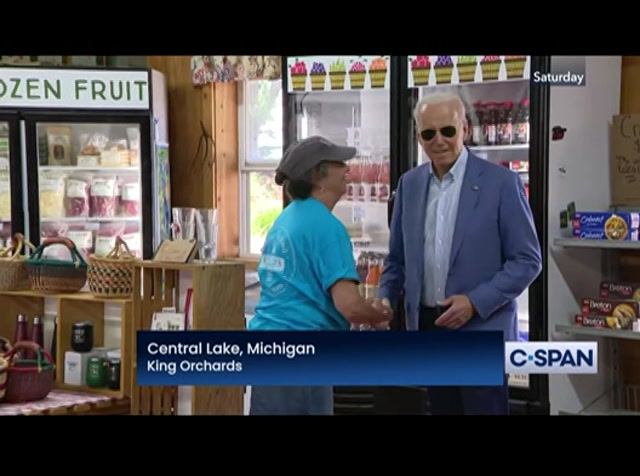 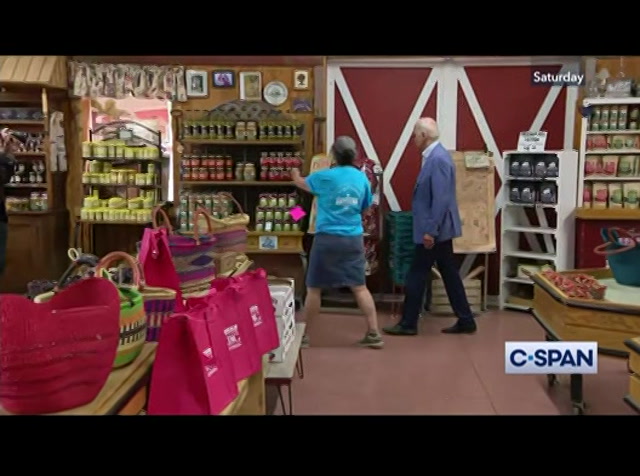 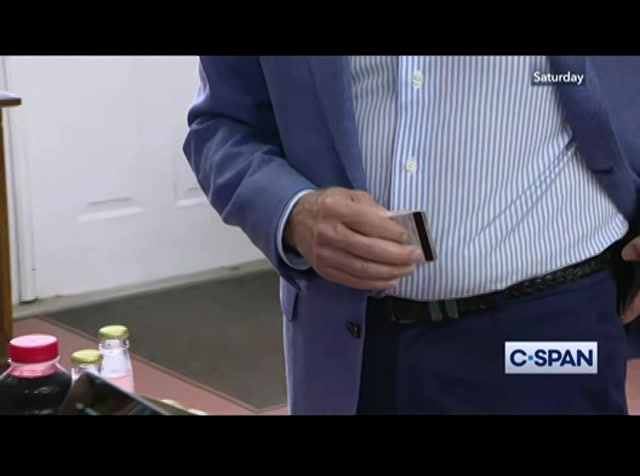 pres. biden: good. >> a little warm out there. how about the box? >> let me know if i can ask you a question. the most recent attack by the russians -- pres. biden: we are not sure it was the russians. i got a brief on the plane, that's why i was late today. i will be in better shape to talk to you about it. i will tell you what they sent me.
2:02 pm 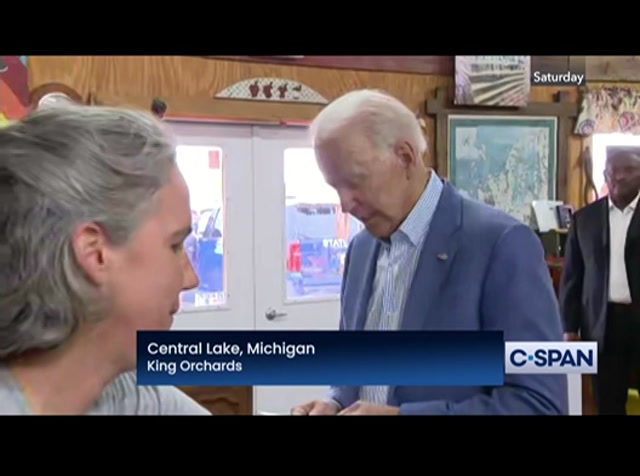 first of all, we are not sure who it is, number one. i directed the full resources of the government to assist in the response if we determine -- what else? >> you're all set. pres. biden: the director of the intelligence community gave me a deep dive on what has happened and i will know better tomorrow, and if it is, fever -- either with the knowledge of our consequence of, i have told putin we will respond. i haven't called because we are not certain. the initial thinking it was not the over -- the initial thinking is it was not the russian
2:03 pm 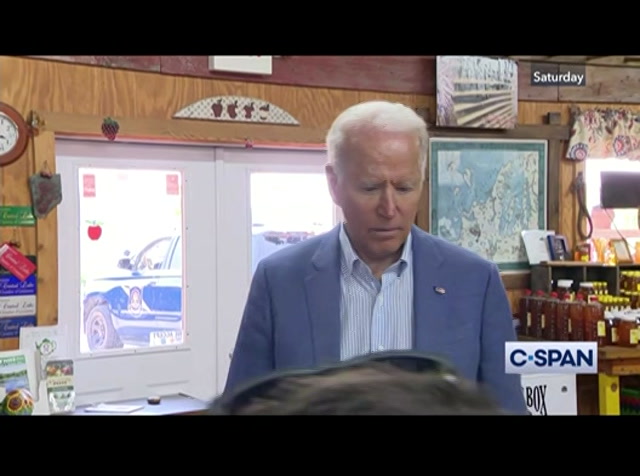 government, but we are not sure. reporter: [indiscernible] reporter: what brought you here? pres. biden: cherry pie. look, the rules are the rules, i was really proud of the way she responded. thank you. >> on june 13, 1971, the new york times began publishing the pentagon papers, a classified history of the vietnam war. this event subsequently led to the creation of a special investigative unit in the nixon white house which became known as the plumbers. an author formally from them
2:04 pm 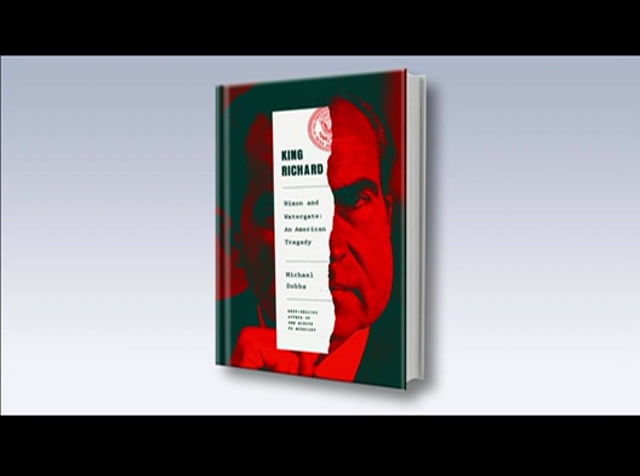 washington post has written a book, king richard, which takes a look at that special unit which eventually resulted in the resignation of the president. it's an event that is well known today as watergate. >> michael dobbs on this episode of quick notes plus. listen wherever you get your podcasts. >> monday night, on "the communicators" -- >> i'm going to tell you the ways information technologies are being used to further our clinical agendas. basically the way technology is being used via coercion and other means to accomplish clinical goals, especially for those who are not democratic,
2:05 pm 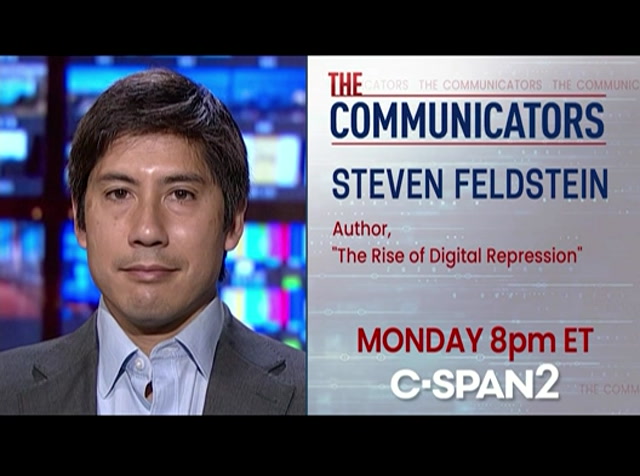 have anti-democratic aspirations. >> the senior fellow of the carnegie endowment, monday night at 8:00 eastern on c-span2. >> next, chinese president, xi jinping, delivers remarks on the 100th anniversary of the chinese communist party. he talks about the strength of the chinese people, there resilience of the military, and warned against foreign interference, telling a crowd of thousands that china will not be bullied by foreign forces. he also serves as the secretary general of the party central committee. in tiananmen square. president xi jinping
left
right
Borrow Program
tv

President Biden toured a King Orchards cherry farm in Antrim County, Michigan, as part of his "America's Back Together" tour. While sampling some of the cherries, the president met with farm workers and greeted a line of supporters on his way to the orchard's market. While in the market, President Biden bought several of the orchard's goods - some for the media - before taking a few questions from the press.