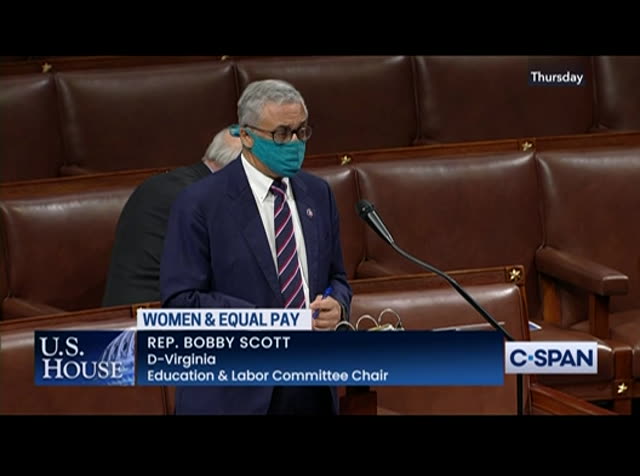 reality. madam speaker, i ask our colleagu journal saturday morning at 9:00 a.m. as you look back seven years on the bay of pigs anniversary. watch a failed invasion to overthrow castro's communist government. join the conversation with your phone calls, facebook comments,
6:44 am 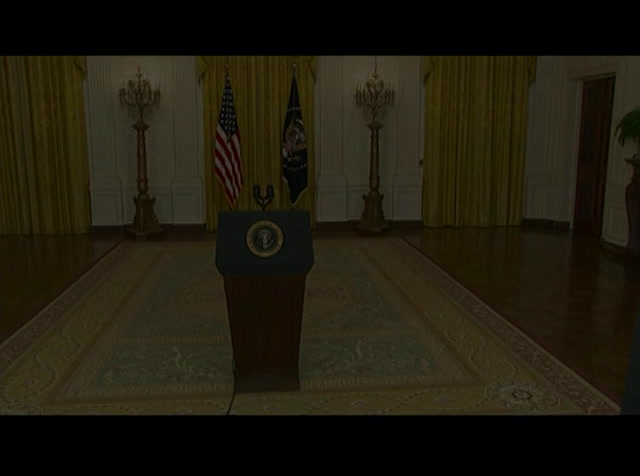 text messages, and tweets. president biden announced the u.s. is expelling 10 russian diplomat and sanctions for interference or, year's presidential election and the cyber hacking of federal agencies. pres. biden: hello, folks. good afternoon, everyone. early this week, i spoke with president putin of russia about the nature of the relationship between our two countries. the conversation was candid and respectful. two great powers with responsibility for global stability. president putin and i have had a responsibility to steward our relationship. i take that responsibility very seriously as i am sure he does.
6:45 am 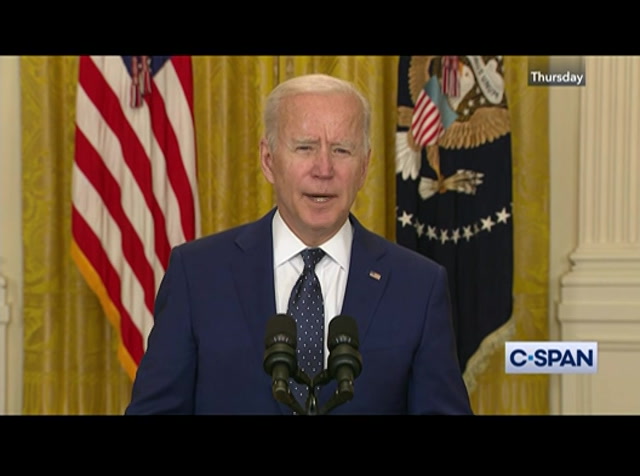 russians and americans are both proud and patriotic people and i believe the russian people, the american people, are invested in the peaceful and secure future of our world. during the campaign for the presidency, i was unequivocal that if i was elected president, i would respond to any attempt to influence our elections because elections are sacred. they are sovereign undertakings and an expression of the will of the american people. we cannot allow a foreign power to interfere in our democratic process with impunity. i told him if it turned out that there was engagement in our elections, that i would respond. later, during a transition, as we learned more about the solar wind cyber intrusion, i made clear that i would respond once we determine who had conducted a hack on the scope and scale it
6:46 am 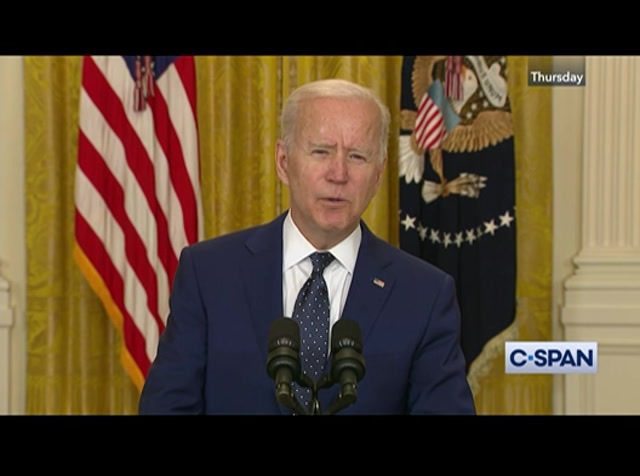 occurred. when president putin called me in january to congratulate me, i told him that my administration would be looking very carefully, now that we had access to the data, to assess russia casserole and determine what response we would make. when we spoke again this week, i told him that we would be responding in a measure and a proportionate way because we concluded that there had been an interference and solar winds was inappropriate. i approved several steps including the expulsion of several russian officials as a consequence of their actions. i also signed an executive order authorizing new measures, including sanctions to address specific harmful actions that russia has taken against u.s. interest. i was clear with president putin and we could have gone further, but i chose not to do so. i chose to be proportionate.
6:47 am 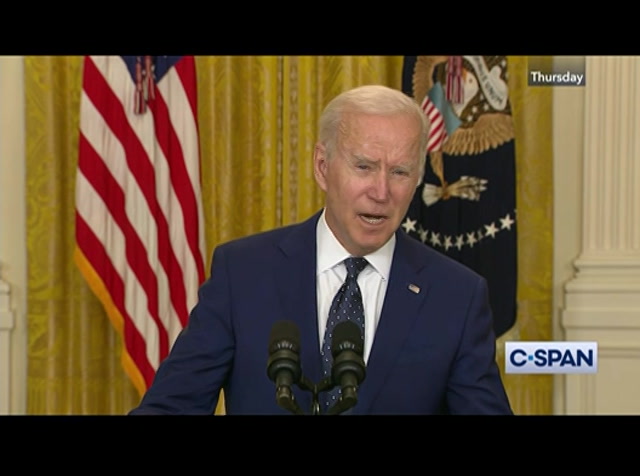 not looking to kick off a psycho of conflict -- a cycle of conflict with russia. if russia interferes with our democracy, i am prepared to take action to respond. it is my responsibility to do so. throughout our long history of competition, our two countries have been able to find ways to manage tensions and to keep him from escalating out of control. there are also areas where russia and the united states can and should work together. for example, in the early stages of my administration, we were able to move quickly to expand the tree and maintain that key element of stability between our nations. that was in the interest of the united states, russia, and the world. and we got it done. when i spoke to president putin, i expressed that communication between the two of us personally and directly was to be essential
6:48 am 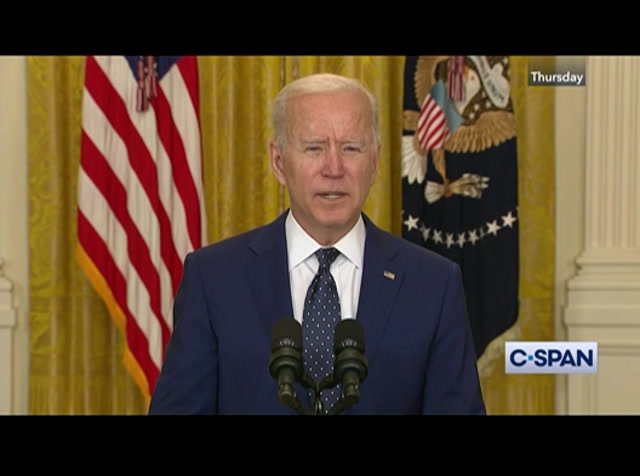 in the move forward to a more effective relationship, and he agreed on that point. to that end, i proposed that we meet in person in europe to address issues facing both of our countries. our teams are discussing that possibility right now. out of that summit, the united states and russia could launch a strategic stability dialogue to pursue cooperation in arms control and security. we can address critical global challenges that require russia and the united states to work together, including reining in nuclear threats from iran and north korea, handling this pandemic globally, and meeting the crisis of climate change. i also made clear to president putin that the united states is unwavering in our support of our allies and partners in europe. in that vein, i expressed concern about russia's military
6:49 am 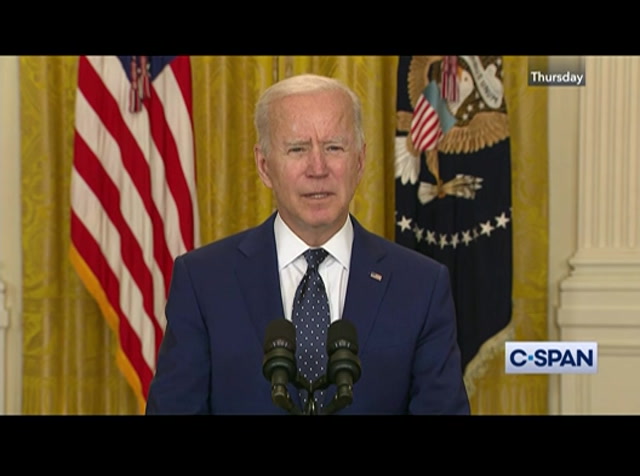 buildup on ukraine's border and occupied crim a a. i confirmed u.s. support for the sovereignty and integrity of crimea. now is the time to deescalate. the way forward is through thoughtful dialogue and democratic process. the u.s. is prepared to continue constructively to move forward that process. my bottom line is this -- where there is an interest to work with russia, we should and we will hear it when russia seeks to violate the interest of the united states, we will respond. we will always stand in defense of our country, institutions, our people and our allies. thank you very much for your time. >> did president putin give you any indication that he is willing to change his behavior? pres. biden: we indicated we would talk about it. i laid out, very simply, i said
6:50 am 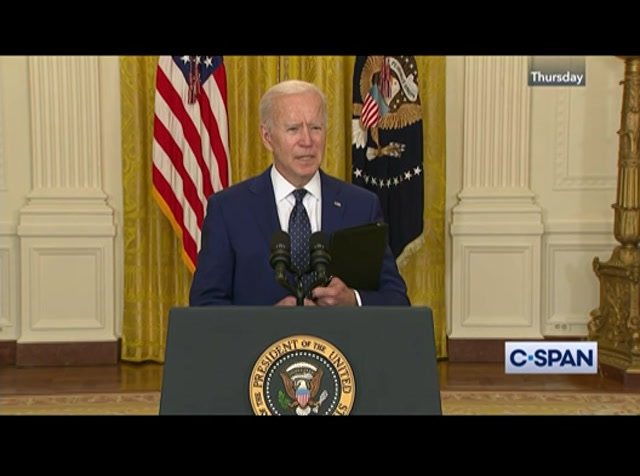 during the campaign, i said when he called to congratulate me on being elected, i said subsequent to this last conversation, that if it turned out that he was engaged in activities that he had been accused of in cybersecurity and solar winds and interfering in our elections, that i would respond in kind. i urged him to respond appropriately, because we can move as well. my hope and expectation is that we will be able to work, but it is important that we have direct talks and we continue to be in contact with one another. pardon me? >> nord stream 2? pres. biden: nord stream 2 is a complicated issue affecting our allies in europe.
6:51 am 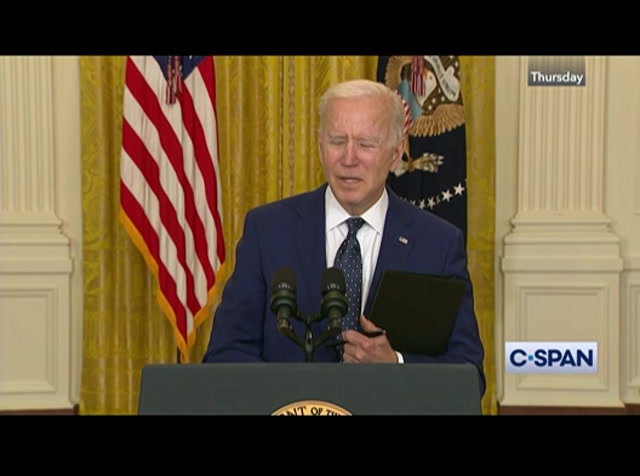 i have been opposed to nord stream 2 for long time, from the beginning, even when i was out of office, when i left office as vice president. that still is an issue that is at play. thank you very much. ♪ >> c-span is your unfiltered view of government. we are funded by these television companies including comcast. >> to think this is just a community center? it is way more than that. >> comcast is partnering with communit
left
right
Borrow Program
tv