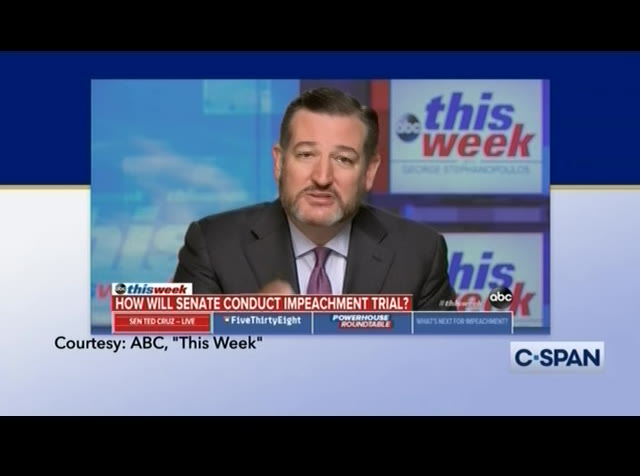 having a fair trial, listening to the facts and evidence, and i'm confident that once we do so, this show trial from the house, that proceeding will be over, and we believe it to the american people to have the choice to select to our leadership is. >> this is the first impeachment trial being driven by partisan politicians conducted behind closed doors. the testimony was selectively leaked. the president was denied the ability to participate meaningfully in the house hearing, and i want to end it. i have nothing but disdain for this. i'm trying to make myself clear -- what you are doing in the house is bad for the presidency. you are impeaching the president of the united states in a matter of weeks, not months. you had a two-year investigation, that was not enough. i think the whole thing is a crock. they are shutting the president out. any partisan group could do this in the future. you are weaponizing impeachment, and i want to end it.
1:58 am

i don't want to legitimize it. i hate what they are doing. >> rudy giuliani spoke to our pollard read and said when he was in ukraine, he had to go buy a whole separate suitcase because he came back with so many documents for this report he wants to make. he was at the white house on friday. do you plan to look at the information he gathered? is he credible? >> i don't know what he found, but if he wants to come to the judiciary committee -- if you want to come and tell us what you found, i would be glad to talk to you. when it comes to impeachment, i want to base my decision on the record assembled in the house. we can look at what rudy has got, hunter biden, joe biden, and anything else you've got after impeachment, but if rudy wants to come to the judiciary committee and testify about what he found, he's welcome to do so. >> mr. >> the article is agreed to.
1:59 am 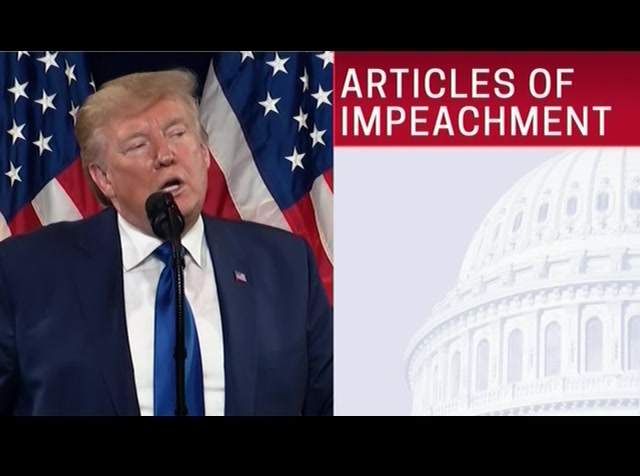 announcer: with the house judiciary committee approving two articles of impeachment against president trump, abuse of power and obstruction of congress, the house rules committee will meet to determine the guidelines of how the individual unfold. watch coverage on tuesday at 11:00 a.m. eastern on c-span3, watch online at his band artwork/impeachment, or listen live on the c-span -- watch online at c-span.org/impeachment, or listen live on the c-span radio app. >> next, a discussion on the country's ongoing conflict with russia, n.a.t.o., and the european union. this event was hosted by the german marshall fund of the united states. >> please grabbed a seat.
left
right
Borrow Program
tv