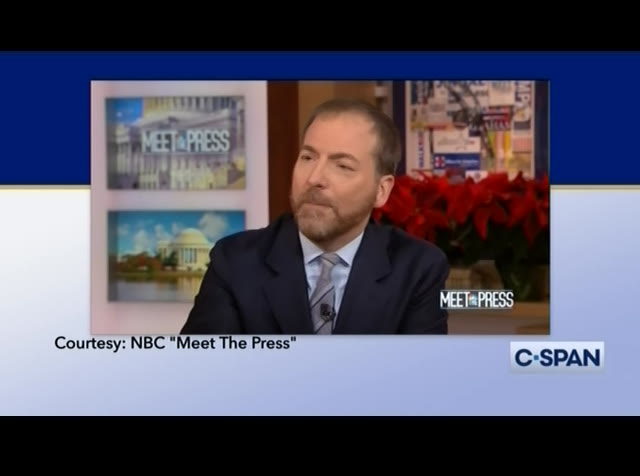 it was remarkable to me that some how can a week of impeachment, we got this trade agreement, which i know you are not in favor of. what do you make of the fact that congress was suddenly functional for a week? >> what i make of the event is there's a pretty good handful, something on the order of 30 democrats that represent districts donald trump carried in 2016 and is likely to carry again and for them to go home to their electorate and say the one thing i did was impeach the president you like was probably not a politically sustainable thing, so i think that put pressure on speaker pelosi to eventually come to terms. >> you have said you do not think there will be any republican support for removing president trump in a senate trial. you will of course be a juror in that trial. are you still keeping an open mind about this or have you already decided you will acquit the president?
1:53 am 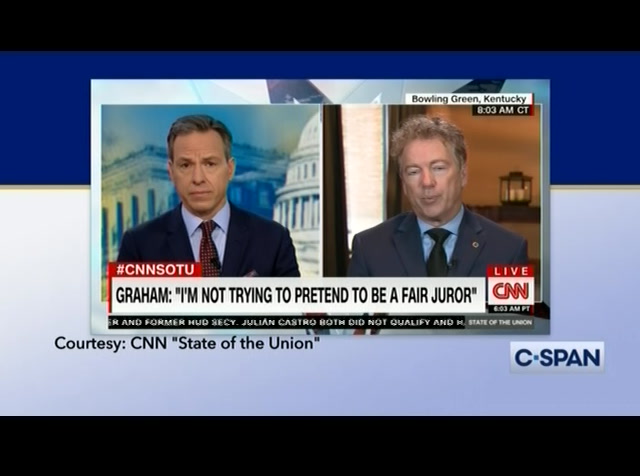 >> you know, we have seen the evidence. we are going to hear the evidence repeated, but we are not going to hear any new evidence. what we have found is this is a very partisan exercise. is not going to be any republicans in the house -- in fact, there will be a handful of democrats who will vote against impeachment in the house. in the senate, i think all republicans will vote against impeachment and i think two democrats have a good chance of voting against it as well. people on the democrats i do not like president trump or his demeanor, so they decided to sort of criminalized politics. i don't think it is a good day for the country. i think it is a sad day because intoe it does not devolve like latin america we either impeach or throw presidents into jail because we do not like their politics. >> you are going to swear an oath that says i solemnly swear that in all things pertaining to the trial of donald trump, now pending, i would do impartial justice according to the constitution.
1:54 am 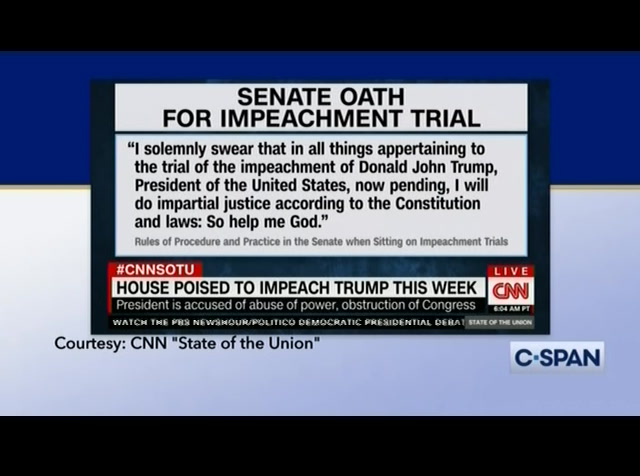 it does not sound like that oath is going to mean very much if you have already made up your mind. >> well, i would disagree. i would say my oath is to the constitution, and i take that very seriously. for example, you can interpret the constitution in different ways. i interpret the constitution that we should not be sending foreign aid to other countries. we should be taking care of what we were empowered to do in the constitution in one of them was not borrowing money from china to send to ukraine. >> democrats are up in arms over republican senator lindsey graham saying "i'm not trying to pretend to be a fair juror." several senators have said based on the evidence they've seen, they would vote to can vent -- to convict president trump. others democrats making the same mistake lindsey graham made? >> i will not speak for others, though i share the outrage about mcconnell as the leader of the republican party, the majority leader of the senate saying we are going to get
left
right
Borrow Program
tv

On CNN's "State of the Union," Senator Rand Paul (R-KY) discussed the Senate oath connected with a possible trial in the impeachment of President Trump.