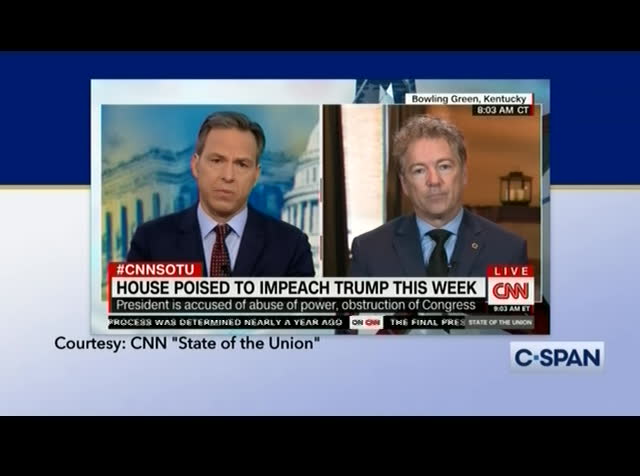 into jail because we don't like the politics. that will really dumbed down and destroy the country. oath sayingswear an i will do impartial justice, according to the constitution. it doesn't sound like that oath is going to mean much if people have already made up their mind, sir. i would disagree. my oath is to the constitution and i do take that very seriously. you can interpret constitution in different ways. taking care of what we were empowered to do as a constitution. one of them was not borrowing money from china to send it to ukraine. overmocrats are up in arms lindsey graham saying i'm not trying to pretend to be a fair juror. several of your fellow democrats have all said that based on the evidence they have seen, they would vote to convict president
10:55 pm 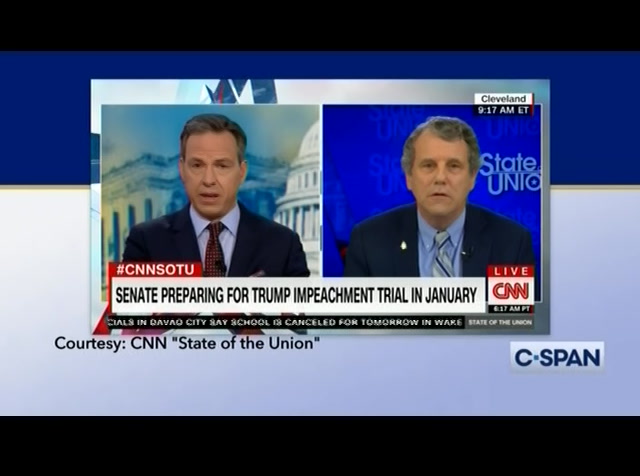 trump. are those democratic senators making the same mistake that lindsey graham made? >> i won't speak for others, although i share the outrage about mcconnell as the leader of the geordie republican party, saying were going to get this over with, we know he's not going to be convicted. he says i'm working directly with the white house. oath -- i've never been in this position. we take an oath at the beginning of the trial that we will look at the evidence. i have very strong feelings about this president. he did things that richard nixon ever did -- never did. solicited a bribe of a foreign leader. i don't know if it rises to the level of conviction and removal until i see the evidence. prosecution, until i hear the presidents to sit -- defense, then you make a
10:56 pm 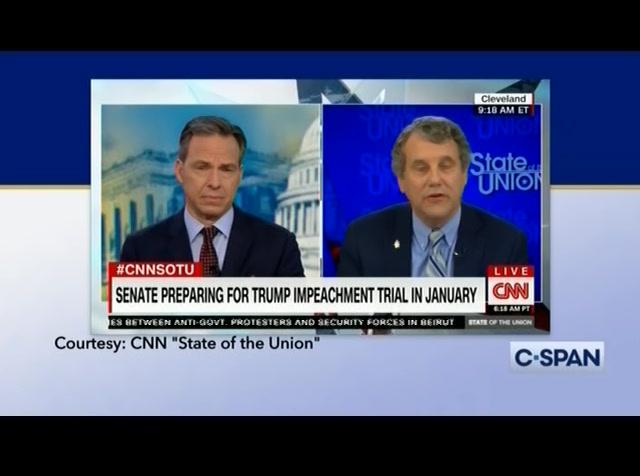 decision based on the evidence. for mitch mcconnell to say he is coordinating with the white house to make sure he's not convicted and removed, it really is part of this see no evil -- here no able. -- hear no evil. they don't want to look at anything that might disagree with their worldview of republicanism and this president. i think there are 51 votes in the senate for a fair trial. what we seen in the house was a partisan show trial. they didn't allow the white house to cross-examine the witnesses. they didn't allow the republicans, the minority to call any witnesses. the senate i'm confident is going to do much better. were going to have a fair trial and respect due process. i think that means we allow both sides to resent their case.
left
right
Borrow Program
tv

Sponsor: CNN | "State of the Union"