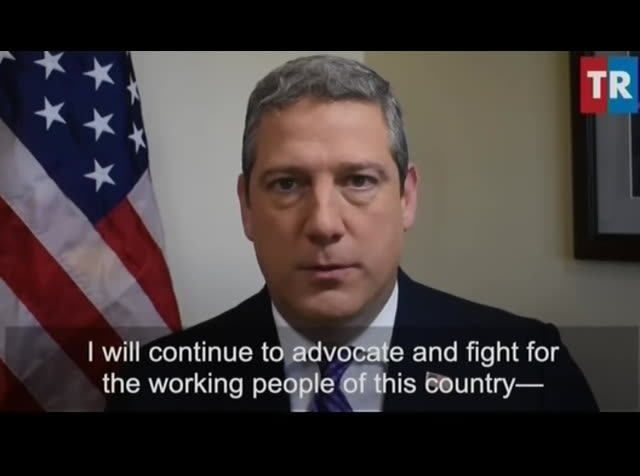 >> campaign 2020. watch our live coverage of the on the tial candidates campaign trail and make up your own mind. 2020, your paign unfiltered view of politics. night., friday two candidates challenging president trump for the nomination. massachusetts governor bill weld and former south carolina congressman mark sanford. they talk about their plans, strategies and why they're president.inst the they'll be talking your calls, tweets, facebook comments. c-span's campaign 2020 coverage live friday at 8:00 p.m. eastern on c-span. c-span.org and n
3:06 pm 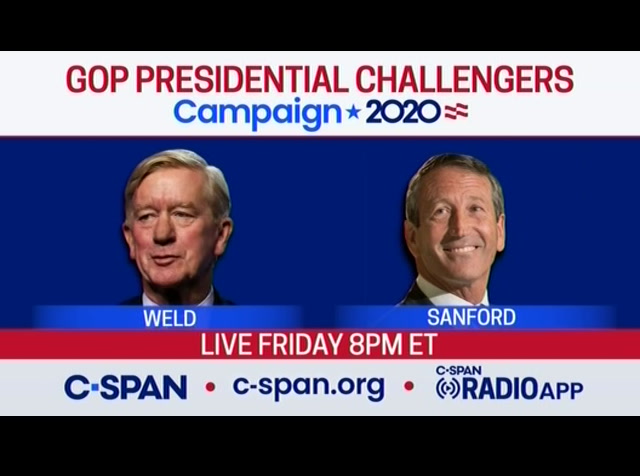 listen wherever you are using the free c-span radio app. and see what's now available on the c-span all e store, including our new campaign 2020 t-shirts, hats.hirts and go to c-spanstore.org and brouse all our products. >> we're live now in the press on the senate side of the u.s. capitol where lindsey be with senator mcconnell on introducing a condemning the house impeachment inquiry. this briefing should get under way shortly live here on c-span.
3:07 pm 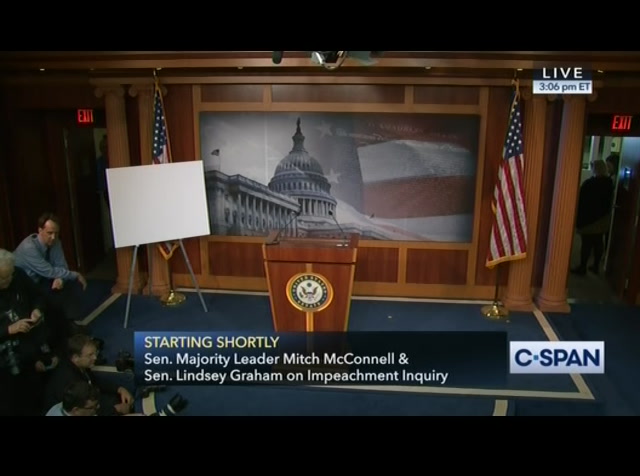 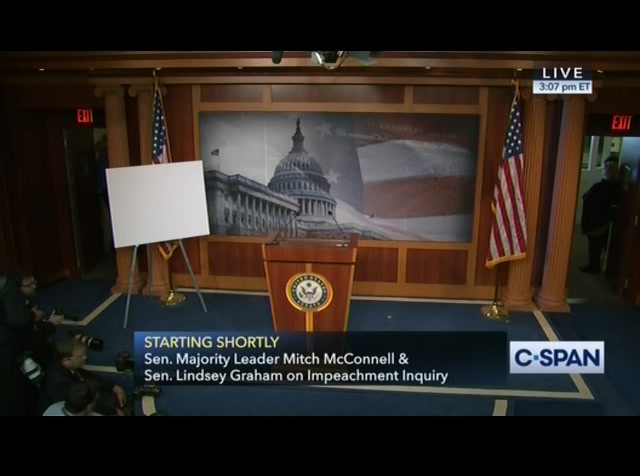 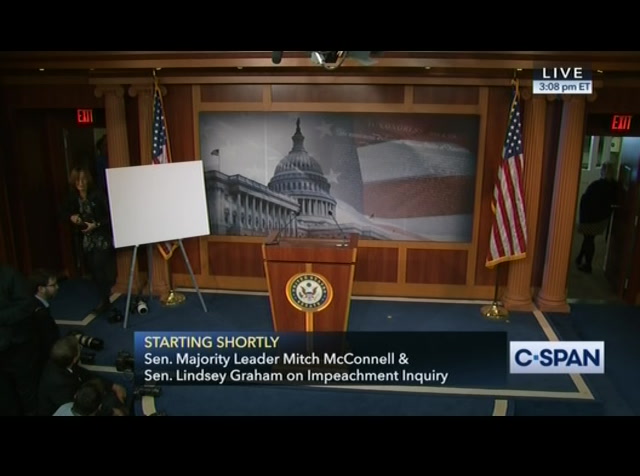 just about to hear from senator lindsey graham on a resolution he's introducing condemn the house impeachment inquiry. moments ago he tweeted this. be ry american should disserved by what is taking place in the house of representatives regarding the impeach president
3:10 pm 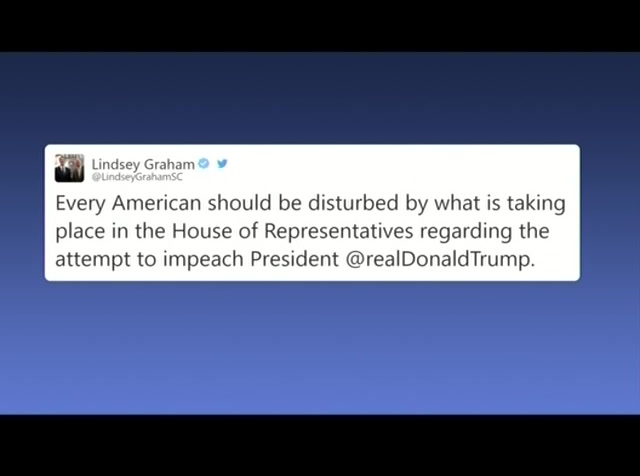 donald trump." from senator graham shortly and reports is that the leader, mitch mcconnell -- on the status of the impeachment investigation, the hill for fox tweeted a while ago that multiple sources tell fox that steps would be to begin to release the transcripts of the interviews and hand material over to the house judiciary committee. articles of impeachment in november. live waiting for the briefing with senator graham.
3:11 pm 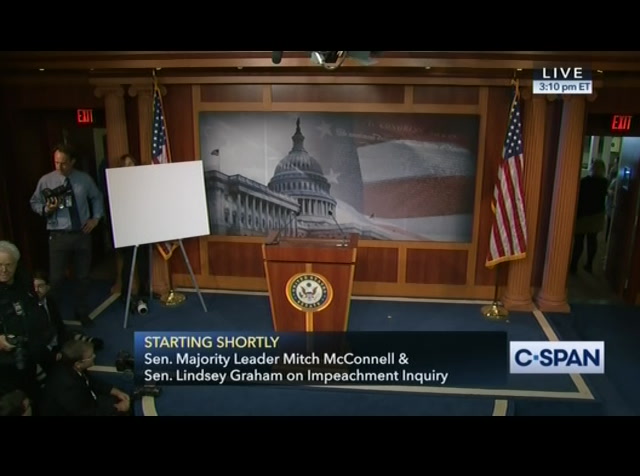 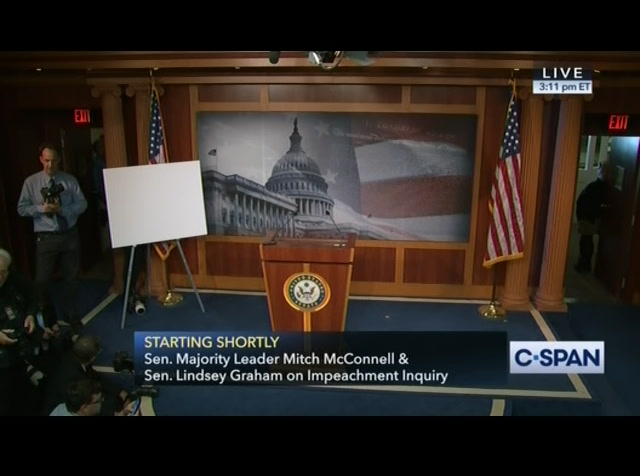 lindsey graham momentarily with the majority leader introducing their esolution, their senate resolution condemning the house impeachment inquiry. they have just released some of that, but the om senator also as chair of the foreign relations committee, his eye on the situation in syria. frank thorpe of nbc said a group of 10 republican senators got a briefing in the white house situation room this afternoon syria, e situation in and senator graham saying, "i think there is a plan coming together." could support that ", he told reporters." here is senator graham, as the briefing gets under way.
left
right
Borrow Program
tv