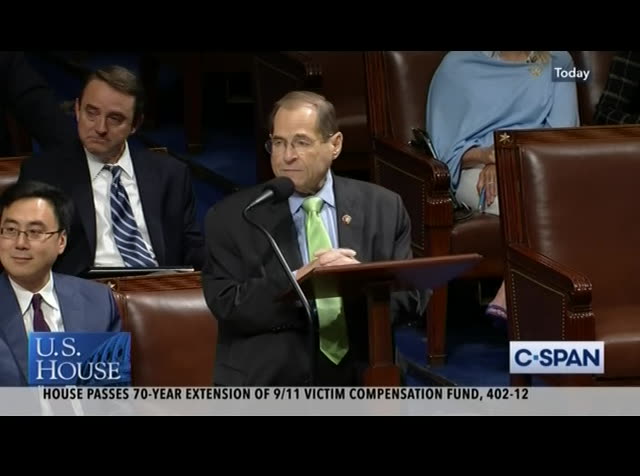 colleagues to support this bill. mr. collins: you just brought up something, she is not only someone who has given you service but service to this house and to me and my staff personally. she will be missed on both sides of this aisle because she understands completely what this house should be about and that is service and that is getting legislation done. mr. nadler: she will be greatly miss ,> joining us as matthew daly: associated press reporter. house is set to find attorney general william barr in contempt of court. why are they taking this action? president trump says he
9:53 pm 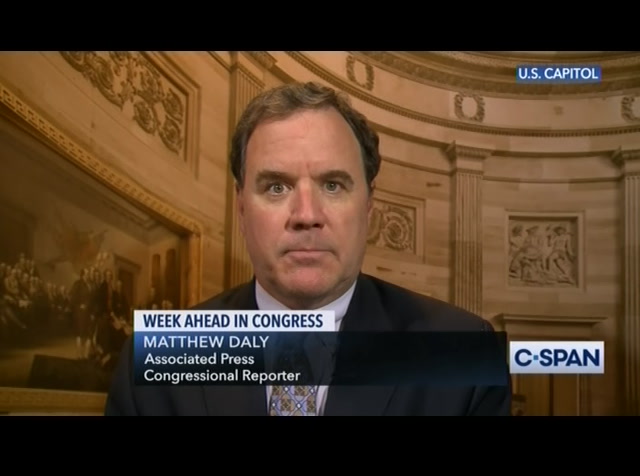 will not ask the citizenship question on the census, but there is question about how the process came about and secretary ross, why he decided to ask about citizenship. they don't buy his answers and don't think he has provided enough documents. chair: how does the effort -- host: how does the effort fit into the broader effort by house democrats to investigate the trump administration? matthew: it is part of their broader scrutiny of the administration. he has said he is going to fight all these subpoenas, and there is a tug of war going on between democrats and the president on all kinds of things, whether the investigation with special counsel mueller or the census question. even though the courts have resolved it,, kratz want to pursue this contempt proceeding. host: another issue that we will see come up next week, and it came up a bit during the defense authorization the bait in the
9:54 pm 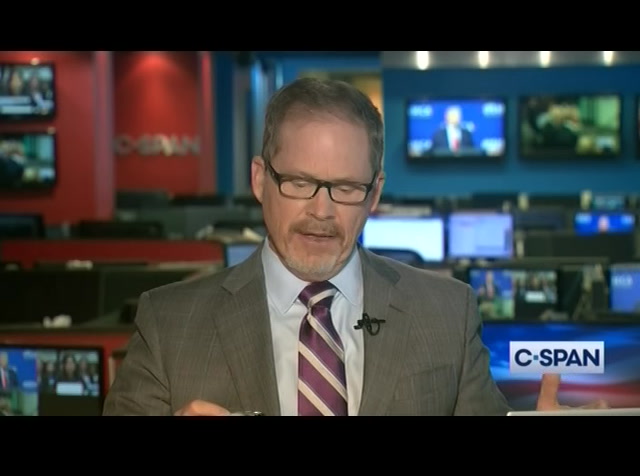 past week, the house is taking up a resolution next week that would block u.s. arms sales to saudi arabia. tell us more about this, and what does the white house think? matthew: this follows up with the senate has done. republicans in the senate joined democrats in blocking those sales, concerned it was an end congress's ability to control foreign policy. and they are concerned in saudi arabia about the murder of the journalist, jamaal khashoggi, and they want to send a message the president can't just do what he wants. he needs, from their point of view, to be held accountable. host: among items the house got done this week, the 9/11 compensation bill. you tweeted the house overwhelmingly approved the bill ensuring the victims compensation fund for the 9/11 attacks never runs out of money. the 402-12 vote in the house sends the bill to the senate,
9:55 pm 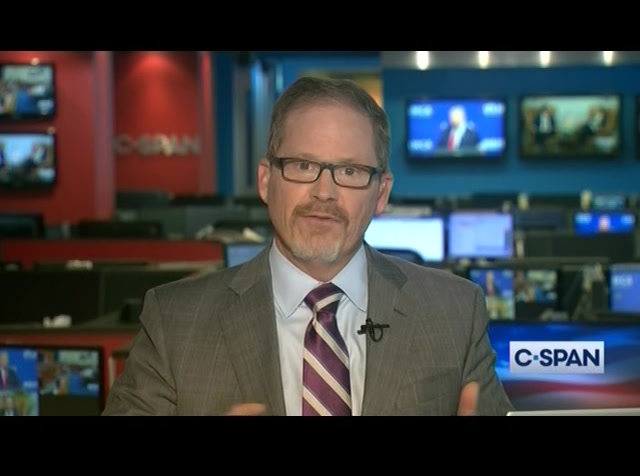 where mitch mcconnell has agreed to call it up for the august recess. but you add that to a long list of the budget agreement, budget caps, the debt ceiling has to be done before the august recess, what do house and senate leaders think about the timetable for getting an agreement on the budget caps to begin with? to bew: that is going tough. speaker pelosi said this week she wants to do that. she has in meeting with the treasury secretary, so has senator mcconnell, the majority leader in the senate, and there has been a lot of activity. i'm not sure exactly how close they are. they all hope to get this done secretarye treasury says the debt limit may be reached sooner than they thought. that creates urgency to get this done before they all go home in august. host: the house has moved forward on spending bills, both the house and senate, as we mentioned, it passed the defense authorization bill, how does this uncertainty over the budget deal affect those proceedings? matthew: it affects everything
9:56 pm 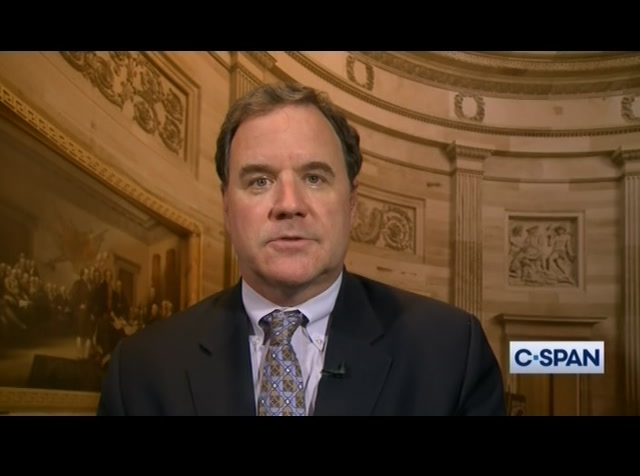 because there is a big cloud over everybody's head. they know it is complicated to lift the caps on spending, it is a complicated spending deal and also involves raising the debt limit for the united states and the full faith and credit of the united states is on the line. so having such a major issue unresolved as they had into ofess puts a little bit that, not quite a panic, but a pall over things. coversatthew daly congress for the associated press. he is also on twitter. thanks for joining us. mueller, originally scheduled to testify before congress next week, has been delayed. the former special counsel is now scheduled to appear before the house judiciary and intelligence committees on wednesday, july 24. mr. mueller was issued a subpoena to testify in open
9:57 pm 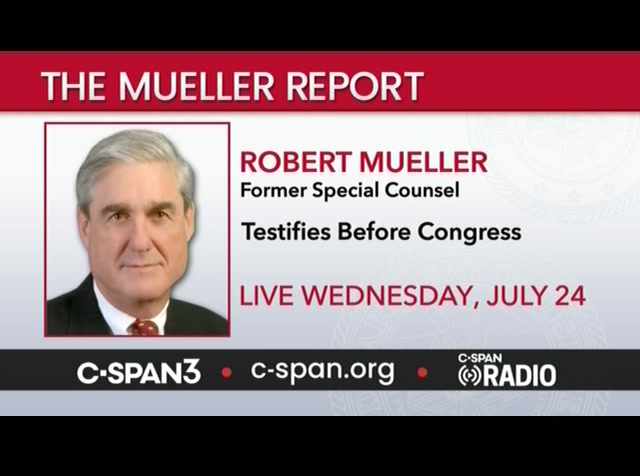 session about his report into russian interference in the 2016 election. watch live coverage wednesday, july 24, on c-span3, online at on theorg or listen free, c-span radio app. ♪ washington journal, live every day with news and policy issues that impact you. nanng up saturday morning, roman from the national alliance to end homelessness will discuss living on the streets in the u.s.. and then the atlantic's adam harris talks about his piece on the college graduation gap between those living in rural and urban areas in the u.s.. and centennial institute director jeff hunt joins us to talk about the state of conservatism in the u.s., and the western conservative summit. washington journal, live at 7:00 a.m. eastern saturday morning. join the discussion. >> this month marks the 50th
9:58 pm 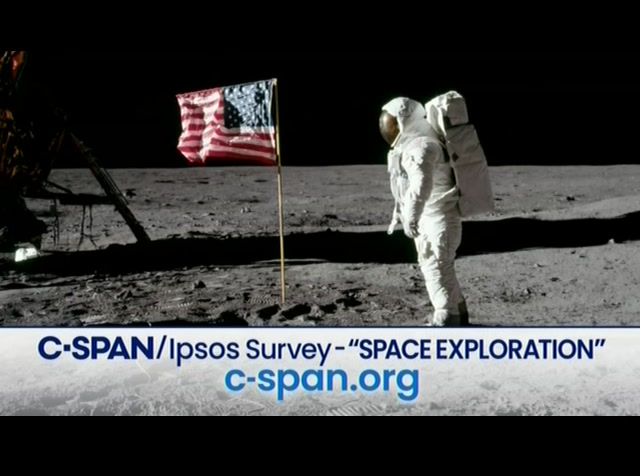 anniversary of apollo 11, mann's first landing on the moon and a stillll shows there is widespread interest in the event. neil armstrong and buzz aldrin continue to enjoy broad name recognition, greater even than more recent astronauts like sally ride and mark calley, and nearly three quarters of americans said they either watched the event leave on tv or saw footage later. but the poll also shows there is little interest to return to the moon. we spoke with florida today space reporter rachel choi about the findings. headline is, americans support nasa, overwhelmingly have a positive view of nasa, a return,ew think manned mission to the moon is a priority. >> is that number a surprise to
9:59 pm 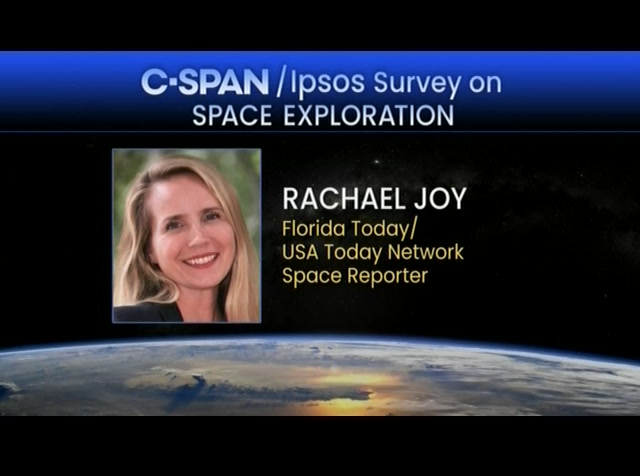 you? >> it feels surprisingly low, especially on the eve of the apollo 11 anniversary, especially considering only months ago the trump administration charged an asset with returning to the moon within five years. talk, a lota lot of of press, essentially, about this excitement in this new mission. and yet polls are still coming out showing very little in terms of support. what was interesting about the poll is that when they phrased the question in the presence of a competition, similar to what we had going on in the apollo era, the space race between the united states and russia, when that is presented that way now as a space race between china or israel, support shoots up to 49%. gets that kind of thinking our competitive juices going,
10:00 pm 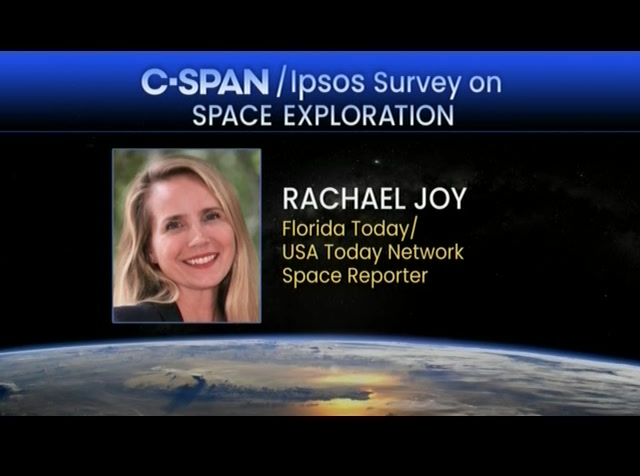 and then we have that >> you can find all of the results at c-span.org, including the findings on americans attitudes towards space force in the privatization of space exploration. host: jim bridenstine serves as the administrator of nasa. thanks for joining us. jim: thank you. host: joining him is christian coversrt, covers the -- the space and defense industries. both of you, thanks for joining us. mr. administrator, on wednesday you announced that you were signing a couple of key administration officials associatethe longtime administrator for human exploration operations. why make that change and why now? jim: we just reassigned him to a diffen
left
right
Borrow Program
tv

Associated Press Congressional Reporter Matthew Daly from Capitol Hill discussed the key issues in Congress next week including Attorney General Barr-Commerce Secretary Ross contempt of Congress resolution to be debated and voted in the House Tuesday.