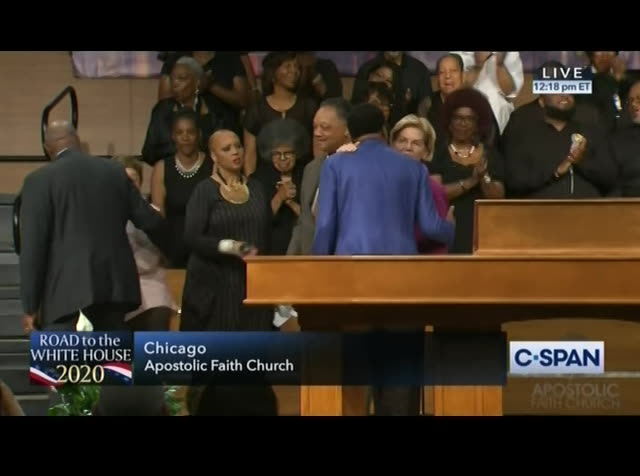 >> since we missed most of senator elizabeth warren's remarks we will bring you this event later on from the rainbow push coalition convention in chicago on c-span.
12:20 pm 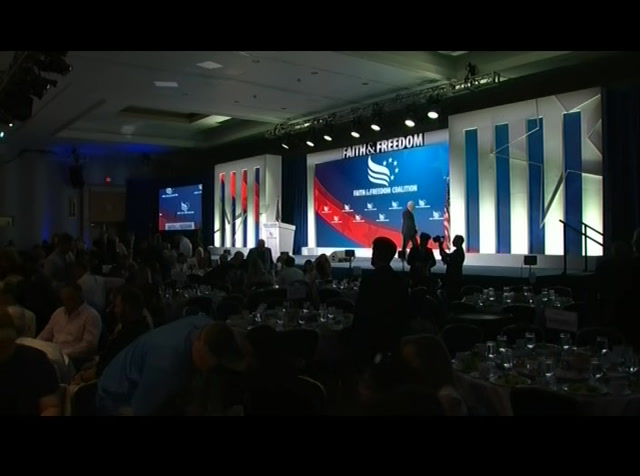 >> please welcome chairman of the south carolina freedom coalition, dr. mark smith. [applause] >> are you ready for a great day? yesterday was fantastic. we enjoyed it and we are looking forward to today. let me take one moment. haderday liberty eight students. from columbia national university there are 64 students. will you waive? it.lause] i love thank you to the liberty students. my good friend jerry falwell. it is great to be here. today we are so honored to have a man who has fought for our religious liberty. a man who has stood for faith
12:21 pm 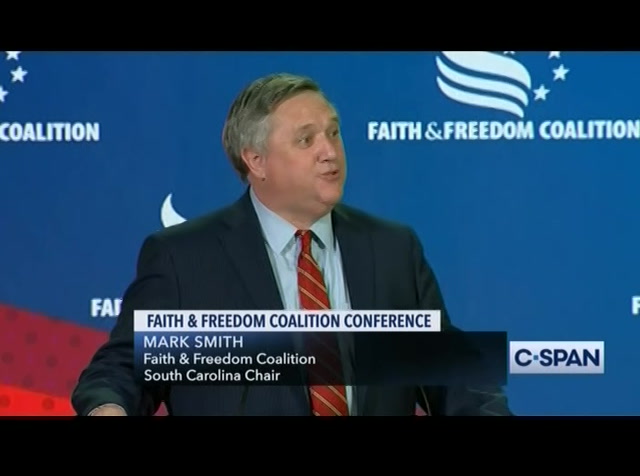 and family values for many years. a man reelected last year despite the pundits saying he didn't stand a chance in texas. senator ted cruz is with us today. [applause] senator ted cruz stood against obama care. will you welcome ted cruz today? ♪ >> god bless the united states of america.
12:22 pm 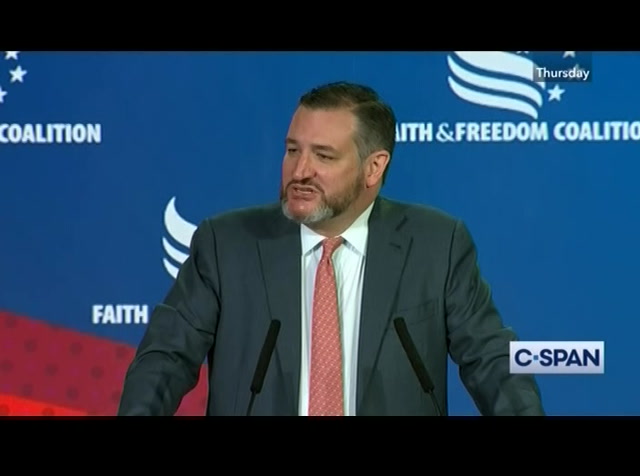 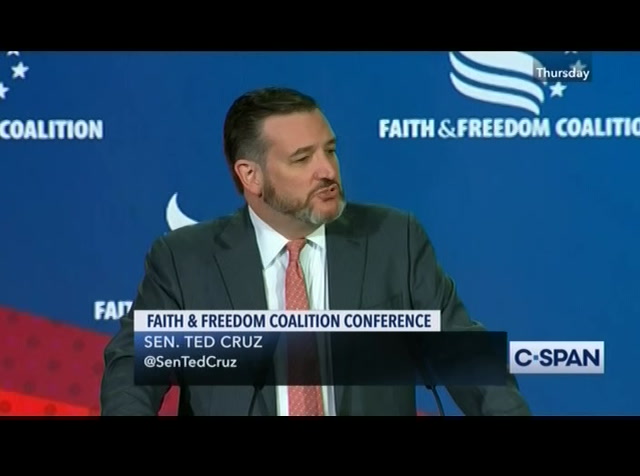 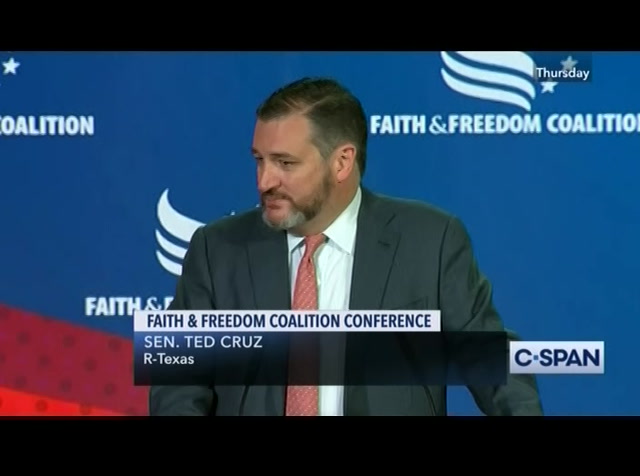 freedom works. wages,want jobs, higher you want small businesses growing, expanding, hiring. what was the democratic solution last night? higher taxes. by the way, 70% is their new proposed tax rate. 70%. scripture tells us to tithe 10% to god and 70% to uncle sam. we saw last night an embrace of socialism. we saw last night democrats saying that they want to cancel, to make illegal every private health insurance plan in america. how many of y'all remember just a few years ago barack obama saying if you like your plan you can keep your plan?
12:25 pm 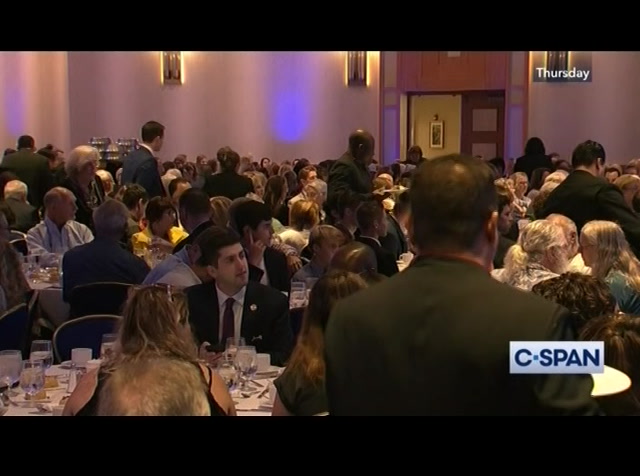 if you remember, politifact labeled that the lie of the year. well, i'll give the democrats credit now. now they're not even pretending. they're saying, if you like your plan, doesn't matter, we're taking them all. because putting the government in charge of your health care, what possibly could go wrong with that? [laughter] we need to defend not just economic freedom, we need to defend religious liberty. something each and everybody one of us cares deeply about. [applause] now, we've seen in the last 2 1/2 years the president nominating and the senate confirming 123 new federal judges. [cheers and applause] every one of our rights in the bill of rights, we depend on the judiciary to safeguard those
12:26 pm 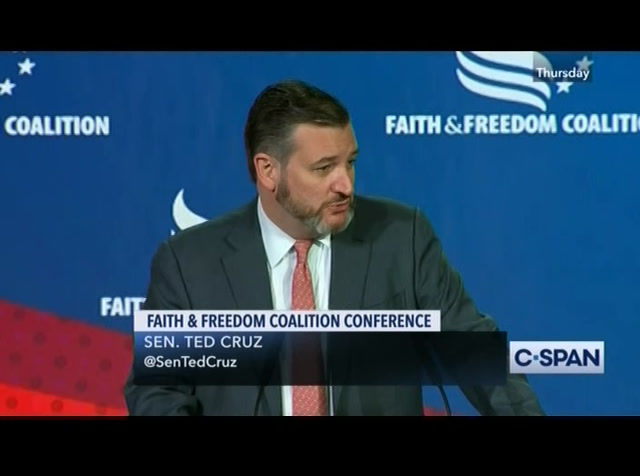 rights. and i tell you when it comes to religious liberty, we are seeing threats and abuses proliferating. i'll give just one example. a recent example. yale law school just a few months ago announced a new policy. a policy, yale announced it was going to deny financial aid to bible believing christians who believe in traditional sexual values. let me give you the back story of this. the alliance defending freedom, a group many of us are deeply familiar with, wonderful public interest law firm that defends religious liberty cases, that argued the colorado baker case at supreme court and won a historic victory for religious liberty. a.d.f. had one of its lawyers speaking at yale law school. and so the lgbt group at yale
12:27 pm 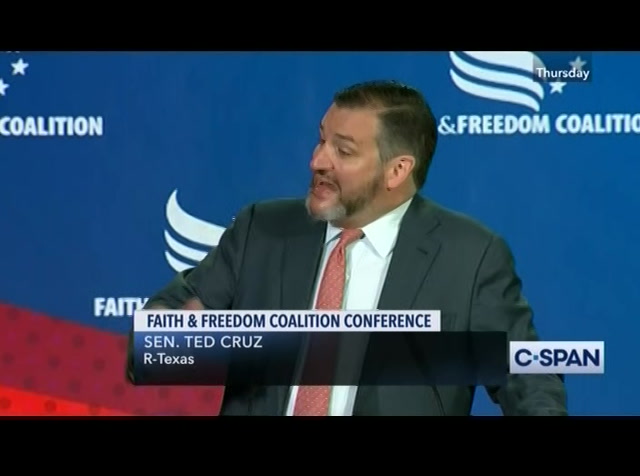 named outlaws, which i have to admit is kind of a clever name, well, they did what leftists do. they protested. they protested, how dare an institution of learning hear from lawyers who just won a case at the court, protect our fragile ears from this assault. and they convinced yale to deny financial aid to any yale student who would go work at a.d.f., as long as a.d.f. believes in traditional marriage and traditional sexual values. i'll tell you, when i saw that, i chair the constitution subcommittee of the senate judiciary committee, when i saw that i launched an investigation of yale's discrimination against religious faith. [cheers and applause]
12:28 pm

yale receives every year hundreds of millions of dollars of federal taxpayer dollars. and under existing federal civil rights law, it is illegal for them to discriminate based on religious faith. and we are going to hold them to account. [applause] defend freedom. we need to defend freedom of speech. just a couple of months ago i chaired a hearing on big tech bias and political censorship. the efforts of social media companies to silence the men and women in this room. you know, we had witnesses from facebook and twitter there. i asked the witness from twitter, i put up a tweet that
12:29 pm 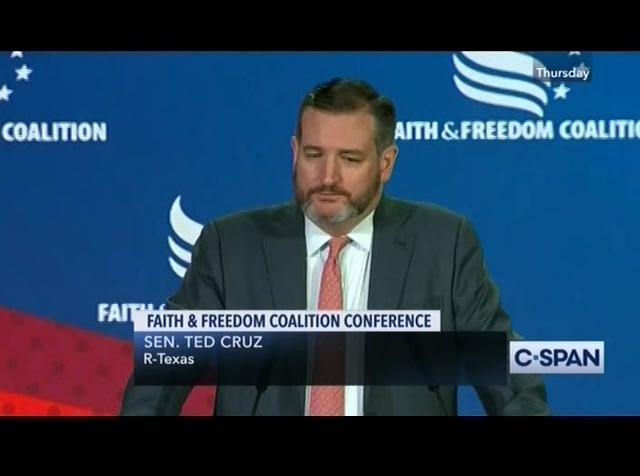 had been sent out by the susan b. anthony list. it had a picture of mother teresa and the tweet had a quote from mother teresa that said, abortion is profoundly anti-woman. twitter censored that tweet. they blocked that tweet. ultimately they let it go through but they initially blocked it. so i asked the representative from twitter, i said, is it twitter's position, is mother teresa hate speech? the first answer from twitter was, well, it depends on what the context is. i said, look, context is 140 characters or less. you're looking at the whole tweet. nothing more. this is it. they refused to answer. we are seeing a pattern of big tech silencing, stifling conservative views, pro-life
12:30 pm 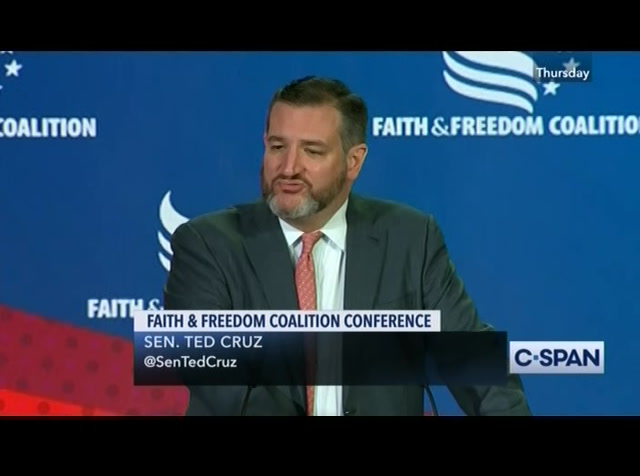 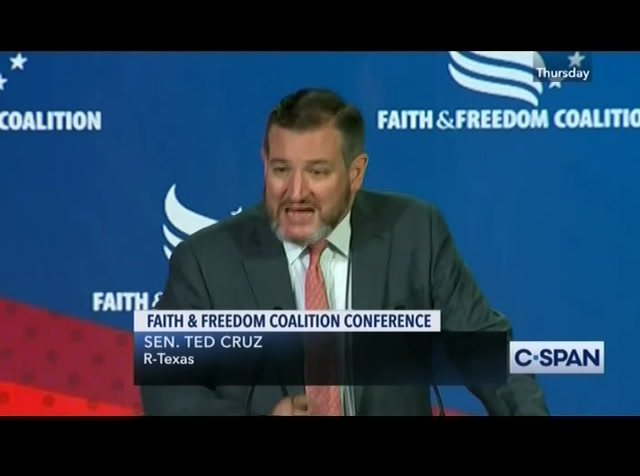 stand up and defend freedom, it will be taken from us and i am convinced together, standing up for this country, that's not going to happen. we are going to defend freedom in the united states of america. [cheers and applause] [applause] >> good afternoon. .hat a beautiful crowd you guys are awesome. so today i have the distinct pleasure of introducing one of my senators from the state of georgia
left
right
Borrow Program
tv