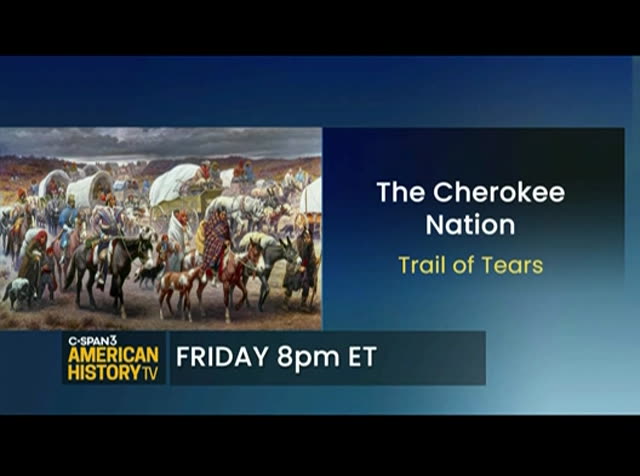 lands in the southeastern us in what became known as the trail of tears, oklahoma university law professor, lindsay robertson discusses, the decisions issued by the us supreme court in cases involving the cherokee nationally the role of chief justice john marshall watch friday beginning at 8pm eastern and enjoy american history tv every weekend on c-span 3 american history tv on c-span 3 every weekend documenting america's story funding for american history tv comes from these companies who support c-span 3 as a public service. and now historian lindsay chervinsky talks about how george washington formed and interacted with members of his presidential cabinet. he also discusses how the american cabinet system differed from the british equivalent.
8:49 pm 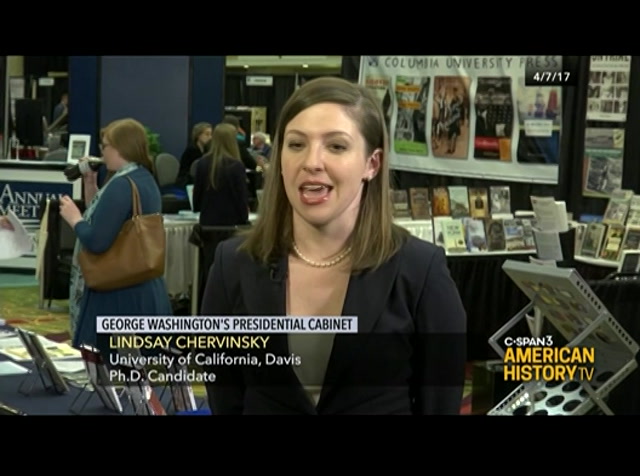 the organization of american historians annual meeting in new orleans. this interview is about 10 minutes. lindsay chervinsky your research is on george washington's cabinet what influenced how this was set up. so the cabinet is actually not in the constitution and so when washington entered the presidency, he created the cabinet as he went through his governing process when he discovered that he needed that advice and he relied on a couple of things he relied on his military experience from the revolutionary war to and he brought some of those practices from the war into the presidency and then he also relied on the secretary's experiences at the state level and how they had interacted with the state governments to form their interactions in the cabinet. and how was the british cabinet set up? it's a great question. the american public was very much aware of the british cabinet. and so that was very much in
8:50 pm 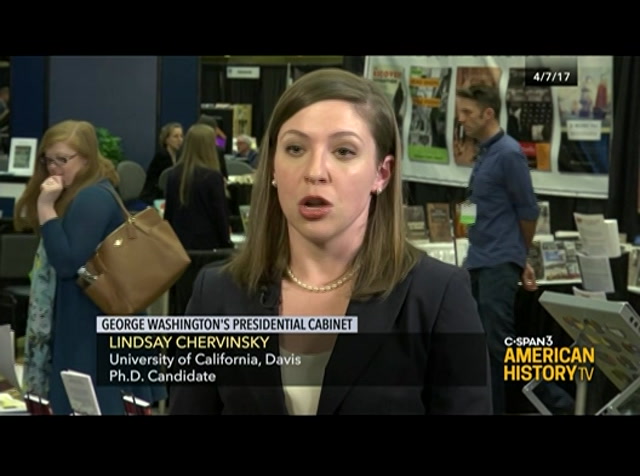 their minds at the time. the british constitution is actually an unwritten constitution. so what it is, it's a number of parliamentary legislation acts. there's a number of decisions by the british courts, and then other scholarly works and when you bring those together that makes up the british constitutional system and based on that system the king asks whatever party is in power in parliament to form a government in his name and that party nominates a number of ministers and that becomes what we know as the british ministry. from the british ministry then there's a smaller group which is known as the cabinet and that's the king's preferred advisors the people he trusts more and he meets with them in secret in private, and there's a little bit less transparency about that process. and so that's what the british cabinet was in 18th century. what were the colonists opinion of the british cabinet? so most americans were pretty suspicious of the british
8:51 pm 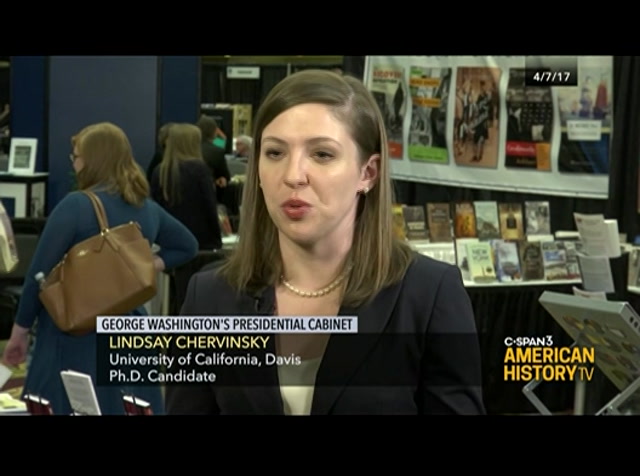 cabinet because there wasn't much transparency. they knew that it existed and they knew roughly what it was. they weren't really sure who was in the cabinet and who had power who had the king's ear at the time and there were also very suspicious of the fact that the cabinet members while they were serving the king. they also still held their seats in parliament. so they were either from the house of commons or the house of lords and the design of that was to serve sort of as a conduit between the monarch and parliament, but americans viewed that as a suspicious setup and they felt like that brought corruption into the monarchy and initially americans were really excited about king george the third when he came to the throne in 1760, but they believed that the british cabinet was to blame for the conflict that happened afterwards and they tended to be pretty suspicious of a cabinet system. so how did they set up something different? so in 1787 when the delegates
8:52 pm 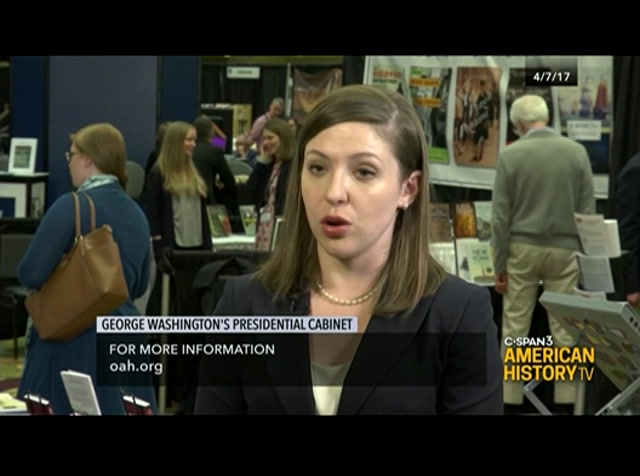 met to form the constitutional convention and to create the new federal government they discussed. british system in great detail and most of their proposals that were suggested that were similar to a british cabinet were rejected and instead they established two options for the president to obtain advice and support for his system. they suggested that the president could request written advice from the department's secretaries. or the senate could get or excuse me, the president could get advice and consent from the senate on foreign affairs. and so in that way they hope that the president would have advice and support but it would be a transparent system and everyone would have to take responsibility for the advice that they gave in the decisions that they made. processes. what was washington's relationship with his cabinets? the question it changed over his presidency initially. he stuck to the guidelines that
8:53 pm 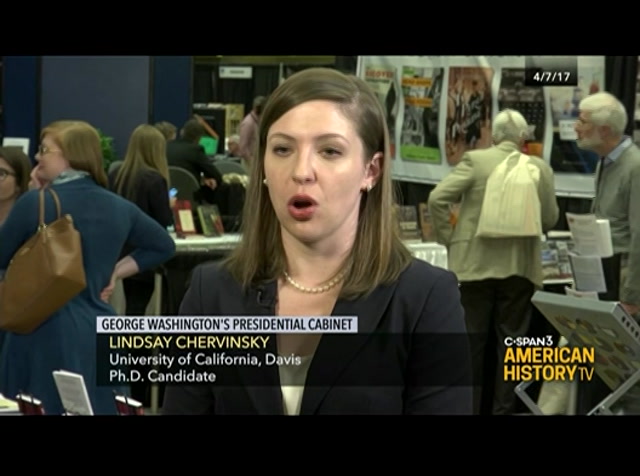 were outlined in the constitution. he requested written advice and he visited with the senate and when that really turned out not to be sufficient. there were a number of issues facing the federal government that were complex and it was hard to just exchange letters back and forth. there were always follow-up questions that needed to be asked. he started to call individual conferences so he would ask one secretary at a time to come visit with him and then when that itself wasn't sufficient he started to call cabinet meetings and the first cabinet meeting didn't actually happen until 1791 two years into his presidency and the cabinet didn't become a regular part of the executive branch until 1793 when there was an outbreak of war between france and great britain and the netherlands in europe and washington in the secretaries were very worried about the possibility that the war would drag the united states into the conflict and so he started calling regular cabinet meetings sometimes once a week
8:54 pm 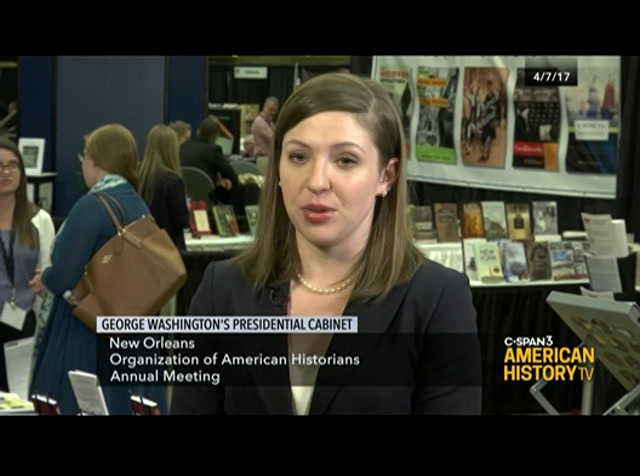 up to five times a week in 1793. most modern presidents have about 15 members in their cabinet. how many did washington have so there were five members of the cabinet including the president? there was the secretary of state who was initially thomas jefferson secretary of treasury alexander hamilton secretary of war henry knox and the attorney general who didn't have a department at the time but was basically the government's lawyer who was edmund randolph? when did the secretary's first meet collectively and why? so the secretaries met as a group for their first time in april 1791 president george washington was leaving the capital at the time, which was philadelphia and he was going on a tour of the southern states. this was the first tour he had done at the southern states, and he was planning to be gone for a couple of months. and he knew that there was a possibility that something might come up that would need an immediate response and he might not be able to give an immediate
8:55 pm 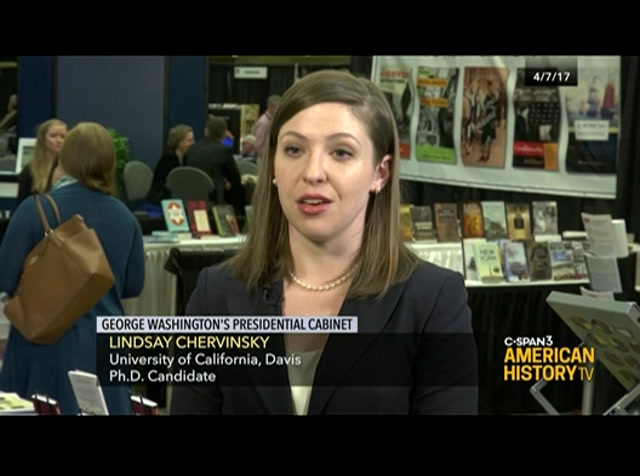 answer because the post took a really long time at that point. so he gave them the power to meet as group if an issue came up and to then send his their decision to him and he would basically ratify the decision and that happened in april 1791. what precedent did washington set? washington said so many precedents as president. he established the title of president. he established how to nominate supreme court justices, but in terms of the cabinet, that's one of the most important precedents because we obviously still have a cabinet today washington established that each president would have the opportunity to decide who his advisors were going to be now, of course, the department secretaries were always going to exist because those were in the constitution, but how close they were how closely they were going to work with the president or if they were going to be really intimate advisors or if he was going to if the president was going to
8:56 pm 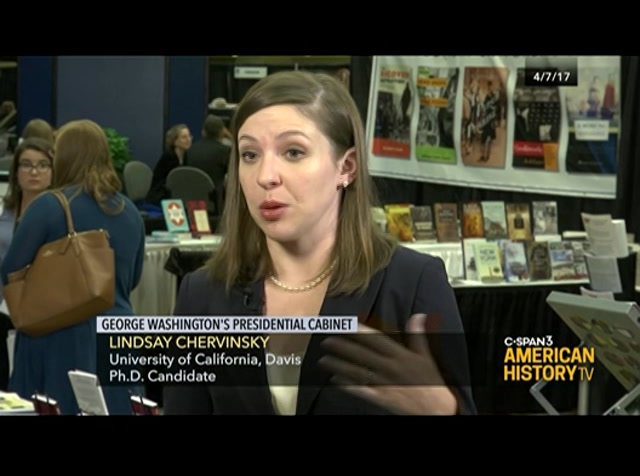 work with someone else outside of the administration washington really established that legacy and we see that legacy today because president determines if he's going to work really closely with the vice president as the past president has done or with department secretaries or with the national security advisor. these are all things that trace back to washington. what does the constitution say about the cabinet so the cabinet is not in the constitution the word is nowhere to be found and interestingly. no additional legislation has been passed that determines the confines of the cabinet or how the president will interact with them. there's just that one clause that says the president can request written advice. so it still is very much up to the president's discretion and there's not a whole lot of public oversight as well. how did you get into this topic? so when i was in graduate school, i've always been really interested in the power of individuals over politics and government and early america is
8:57 pm 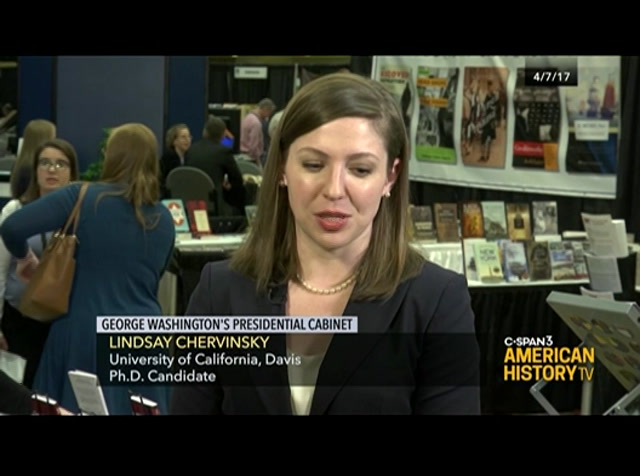 perhaps there was no more acute time when individuals had the ability to really shape what was happening, so i started to read about washington's administration and i was curious about how the cabinet worked and i was looking for a book on the subject and i couldn't find one and so i kept researching and kept researching and there was nothing to be found. so i got very excited and i decided that i would rate the book and fill the gap so it's a very excellent opportunity and i'm very grateful to have. what sources do you use for this research? so there are as a historian of early america. i'm very lucky because all of the people who participated in the cabinet did a pretty good job of preserving their letters. so i use all the private papers of the first cabinet, washington jefferson hamilton and most of us have been published as well, which is great and then for things like public opinion, we look at newspaper articles and maybe private correspondence or diaries and then there's some british sources as well that we're able to use lindsay chervinsky. thank you for speaking with us.
8:58 pm 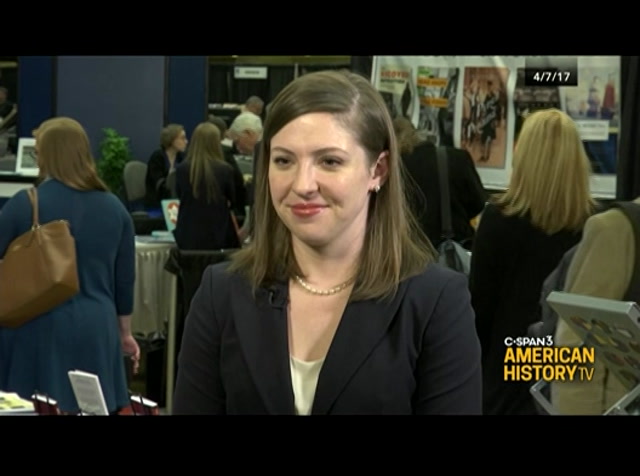 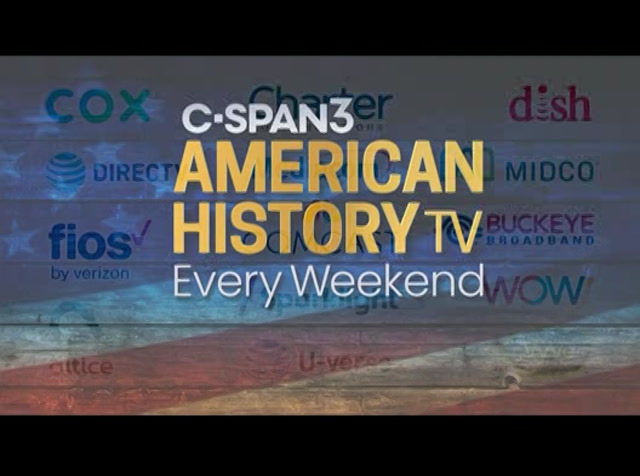 these companies who support c-span 3 as a public service. selected by president george, washington in 1789 alexander hamilton served as the first secretary of the treasury until january 1795. up next on american history tv historian and author william hogeland talks about alexander hamilton's financial ideas. this discussion is about 50 minutes. now while the museum the gallery of the museum is closed because of flood that we sustained our robust programming continues as evidenced by today and our author who is speaking is william hogeland. he's written multiple books on early us history including autumn of the black snake declaration the whisk
left
right
Borrow Program
tv

American History TV was at the Organization of American Historians' annual meeting in New Orleans where we spoke with historian Lindsay Chervinsky about how and why George Washington formed his presidental cabinet. She also discusses how the American cabinet system differed from the British equivalent.