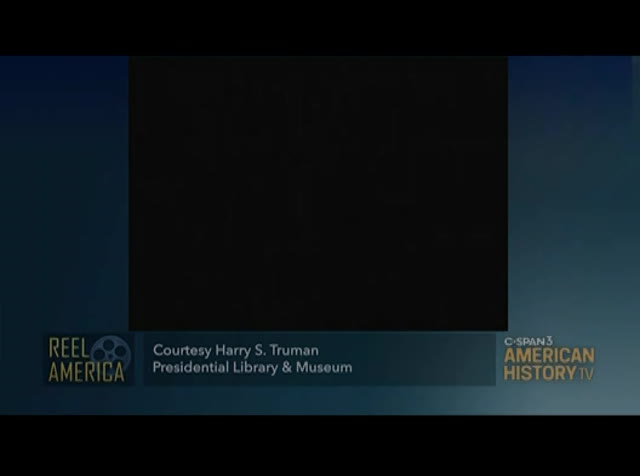 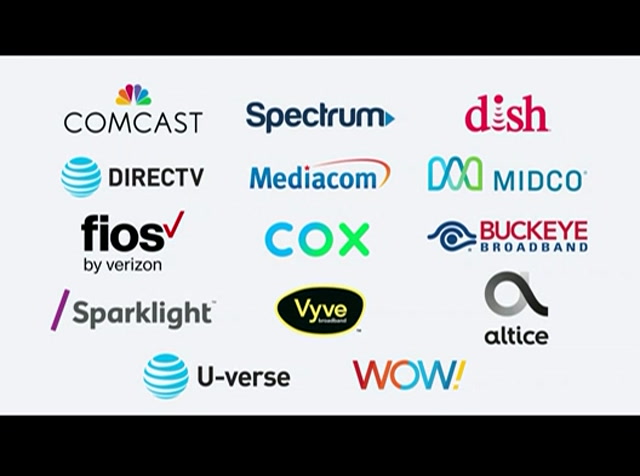 companies, and today we're brought to you by these television companies who provide american history tv to viewers as a public service. >> this is washington, the capitol of a great nation, a city of magnificent buildings, of historic monuments visited by thousands who come to pay homage at the shrines dedicated to the nation's great. to george washington, thomas jefferson, abraham lincoln. a city where beneath the classic dome of the capitol a nation's lawmakers meet. a city where young and old pause
2:49 pm 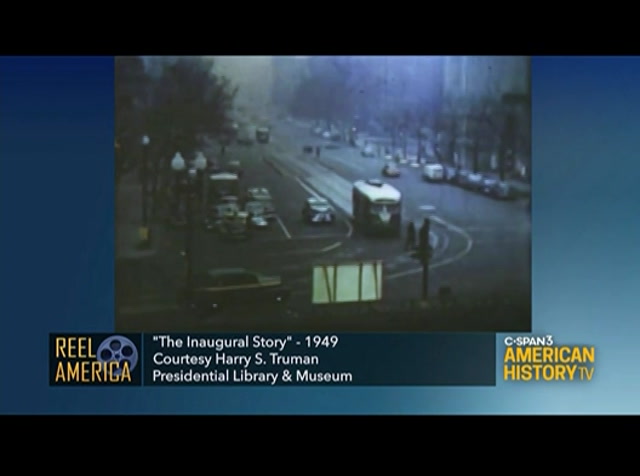 for one glorious sun drenched day in january to greet a man about to take the highest office of the land, to watch the pageantry and color of a memberable event and share in that proud moment when a president is inaugurated. for months there has been intensive preparations for this great day. hundreds of workmen sawed and hammered and painted to make ready the stands to accommodate the expected thousands.
2:50 pm 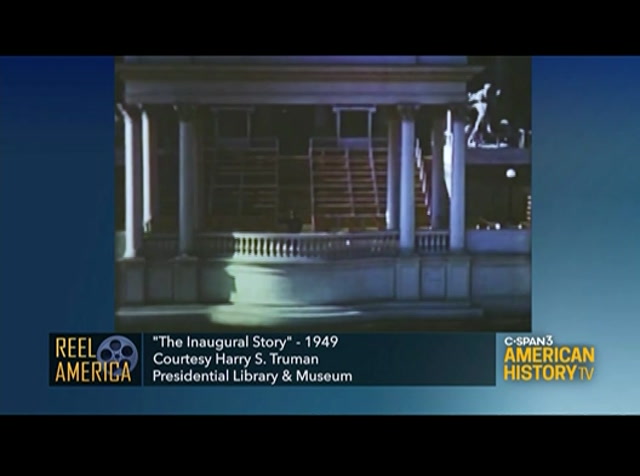 at last the great moment is near. the empty gallery at the steps of the capitol soon is crowded as the world's ranking diplomats, the members of the supreme court, the president's cabinet arrive. ♪♪ the president and vice president approach the front of the platform. and steps forward to ask the blessings of the all mighty. >> grant to thy servants the president and the vice president of the united states, all needed wisdom, health and strength.
2:51 pm 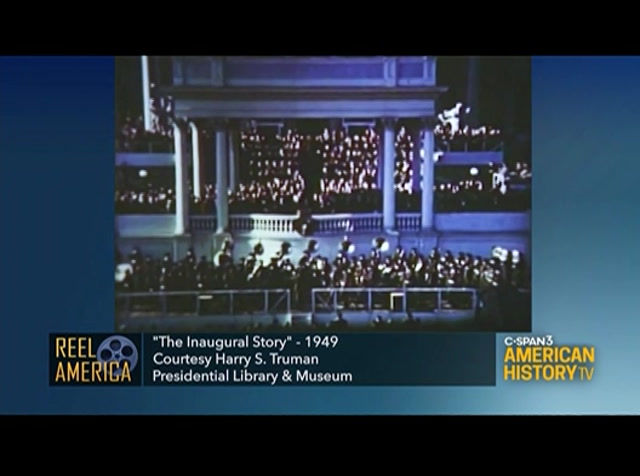 >> chief justice vincent greets harry s. truman who moves forward to repeat. >> i harry s. truman solemnly swear i will faithfully execute the office of president of the united states and will to the best of my ability preserve, protect and defend the constitution of the united states, so help me god. >> simple ceremony over, the president prepares to deliver his inaugural address. >> democracy is based on the conviction that man has the moral and intellectual capacity as well as the inalienable right to govern himself with reason and justice. >> with god's help, the future of mankind will be assured in a world of justice, harmony and peace. >> the spell is broken.
2:52 pm 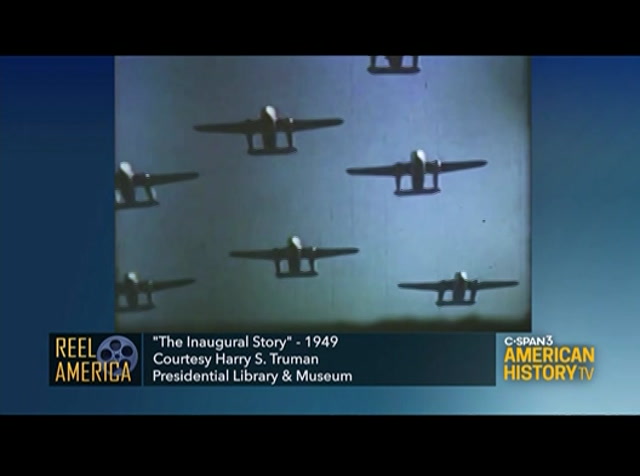 the cheering crowds turn away and it turns to gayty and joyous greetings as fleets of planes roar their salute overhead, the parade and the president and vice president forms in line to march down historic pennsylvania avenue. almost a million spectators crowd every foot of space as they eagerly await the colorful, spectacular pa generality. in the line of march are the great and humbled. general, admirals, high school cadets, democrats and republicans, all races, all creeds, all americans. the president and vice president are surrounded by members of battery d, 129th field battalion led by captain harry truman during world war i.
2:53 pm 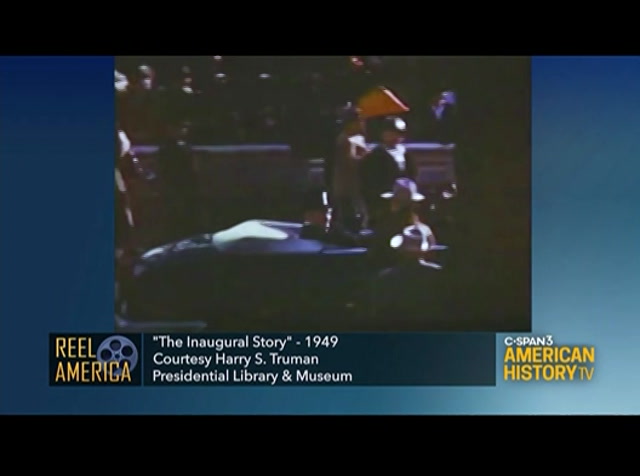 and there goes the color guard with its 48 brilliant state flags. ♪♪ the colorful district of columbia float leads this section of the parade. ♪♪ the state of missouri pays
2:54 pm 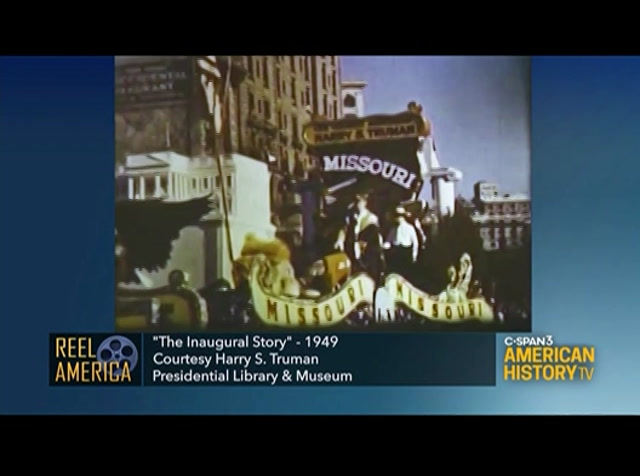 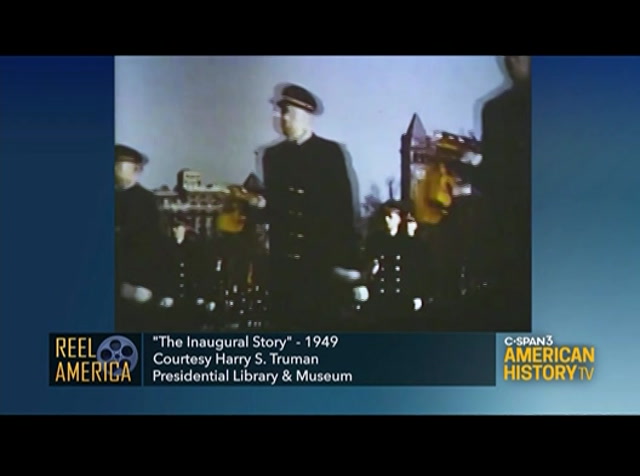 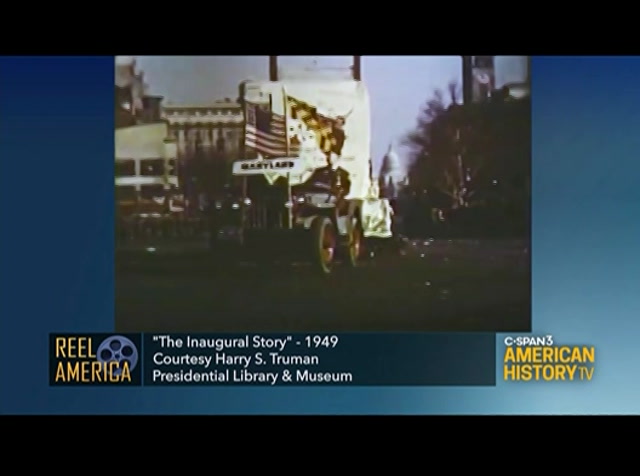 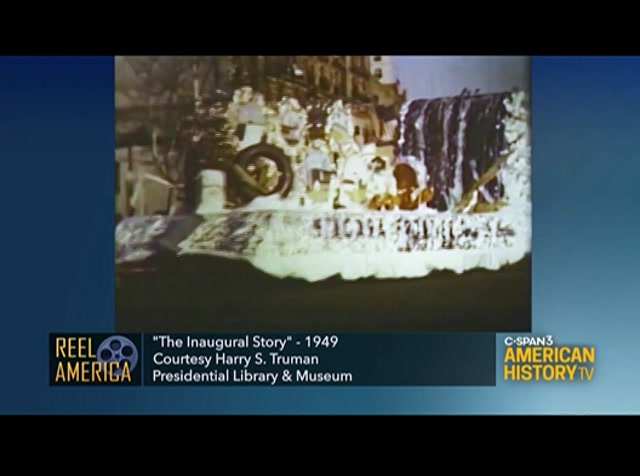 from the sidewalks of new york to niagara's frontier, the empire state salutes the president. ♪♪ dixie's north carolina and tennessee are proudly represented. ohio is another colorful spectacle. a florida float with its suntan beauties comes by.
2:58 pm 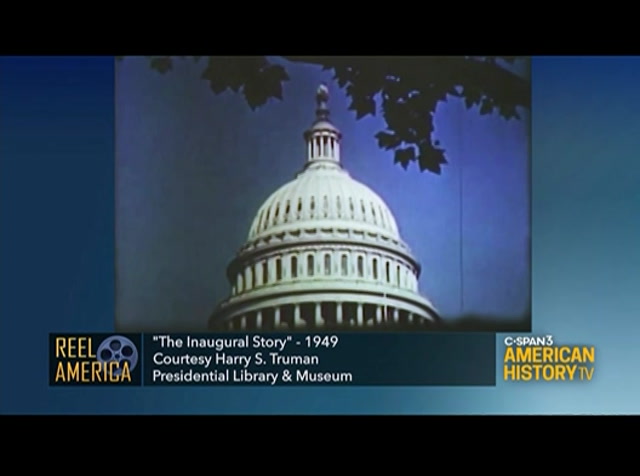 and finally the parade comes to an end as dusk approaches and brings to a close an exciting day, an historic day, a day that will long be remembered, a great nation has chosen its leader. ♪♪ weeknights this month we're featuring american history tv programs as a preview of what's available every weekend on cspan3. tonight, former white house social secretary lee berman and jeremy bernard talk about their book "treating people well" the extraordinary power of civility at work and in life. they share stories from the white house and their thoughts on professional and public civility. watch tonight, beginning at 8:00 p.m. eastern and enjoy american history tv every weekend on
2:59 pm 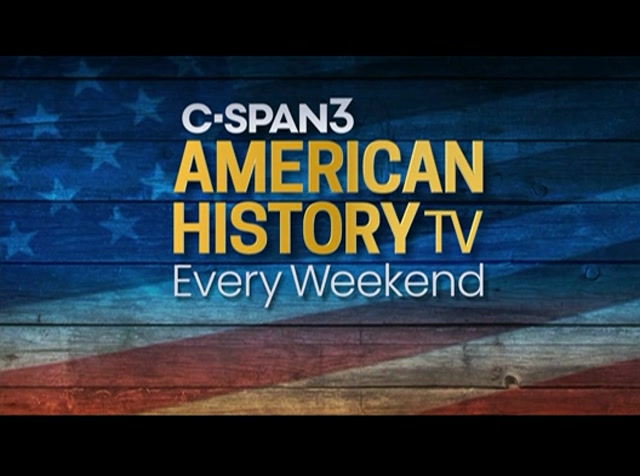 This short film gives an overview of the January 20, 1949 inaugural ceremonies for President Harry S. Truman.