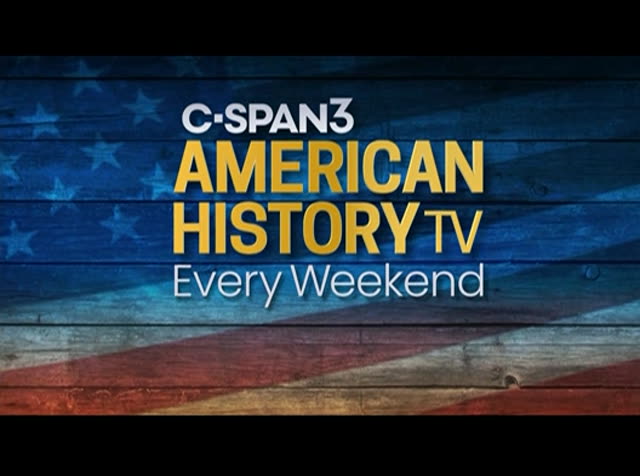 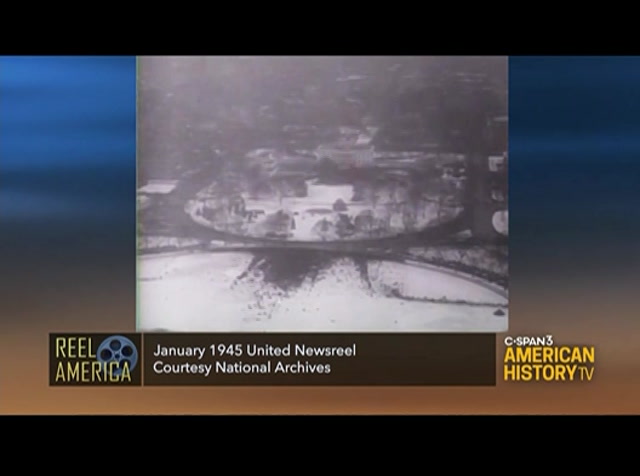 >> at the white house in washington, crowds gather for the inauguration of franklin d. roosevelt as president of the united states for a fourth term. invitations admit 7,000 guests to the white house grounds. among the guests are wounded servicemen from nearby military hospitals. ♪♪ before the south port coe of the white house the crowd lines up. for the first time the inauguration is held not in the capitol building but here in the president's own backyard. ♪♪
9:50 am 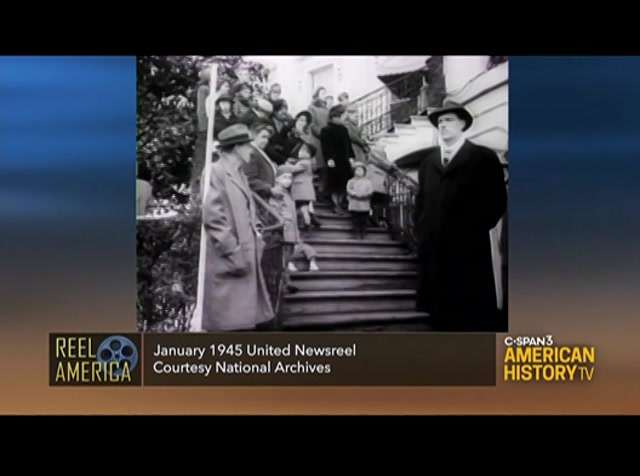 >> from the steps, 13 grandchildren of the president watch the ceremony. at the bottom of the steps is harry hopkins, presidential adviser and aide. government leaders arrive cerem. secretary of war, secretary of navy, secretary of the interior herald ickens. stone chief justice of the united states. admiral of the fleet, earnest king. secretary of state and general of the army george c. marshal and mrs. marshal. now in a grim year of war, the shortest and simplest inaugural on record begins. former vice president wallace swears in harry truman, new vice president.
9:51 am 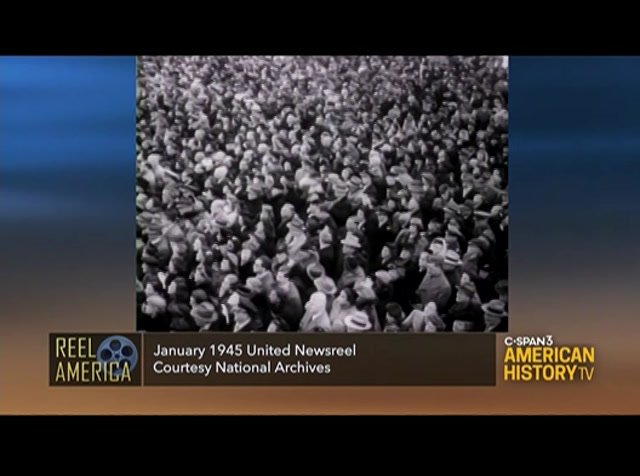 president roosevelt takes the oath of office. >> i, franklin roosevelt solemnly swear i will faithfully execute the office of president of the united states and will to the best of my ability $+$[pres, protect and defend the constitution of the united states.f6piú> so help you god. >> so help me god. >> the president delivers a brief inaugural address. >> we americans of today together with our allies are passing through a period of supreme test. it is a test of our courage, of our resolve, of our wisdom, of
9:52 am 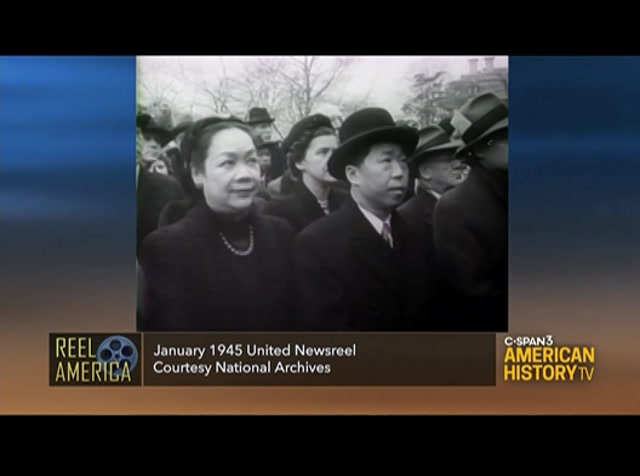 our essential democracy. if we meet that test successfully and honorably, we shall perform a service of historic importance. of historic importance which men and women and children will honor throughout all time. as i stand here today, having taken the solemn oath of office, in the presence of my fellow countrymen, in the presence of our god, i know that it is america's purpose that we shall not fail. in the days and the years that will come, we shall work for its just and honorable peace, a durable peace as today we work and play for a total victory in war.
9:53 am 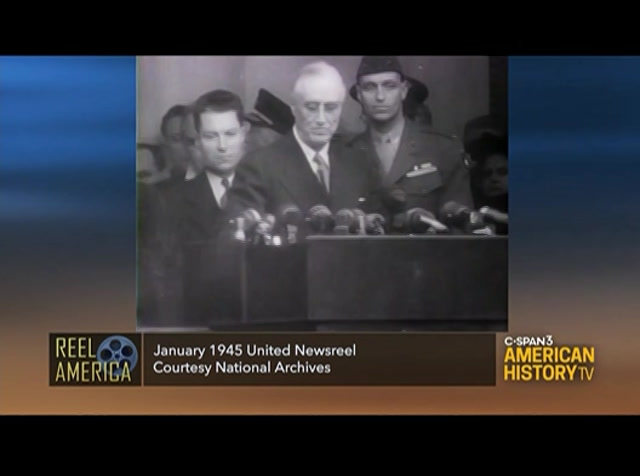 This 1945 Office of War Information United Newsreel includes five stories: President Franklin Roosevelt is inaugurated for a fourth term in a ceremony at the White House, a Coast Guard helicopter demonstrates a sea rescue, a Japanese airbase on Puerto Princesa Island in the Philippines is bombed, ice breakers work on Lake Michigan, and fighting in Burma (Myanmar) is shown.