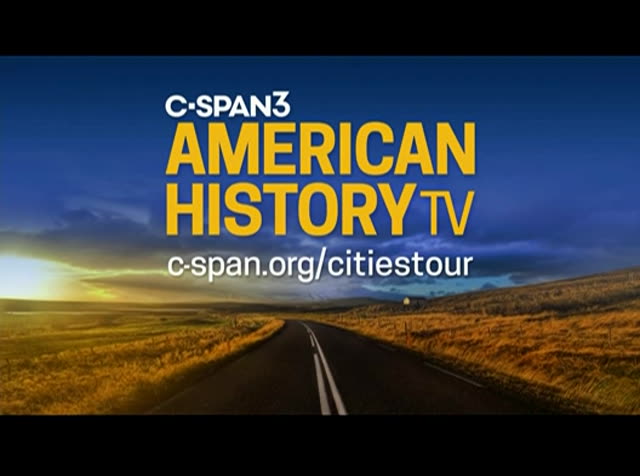 for a fascinating talk. >> the c-span cities tour travels the country, explain the american story. since 2011, we have been more -- to than 20 places across the country. next, a look at one of our city tour visits. >> we are about 4/10 of a mile from the library. besident bush chose this to the site of his final resting place. and so in april, about a year and a half ago now, we buried mrs. bush here. and then in november, after his death in november and the funeral six days later in december, he was brought up here with the up-4141 and the special car. and amazingly, there were people lined the tracks all the way
9:57 pm 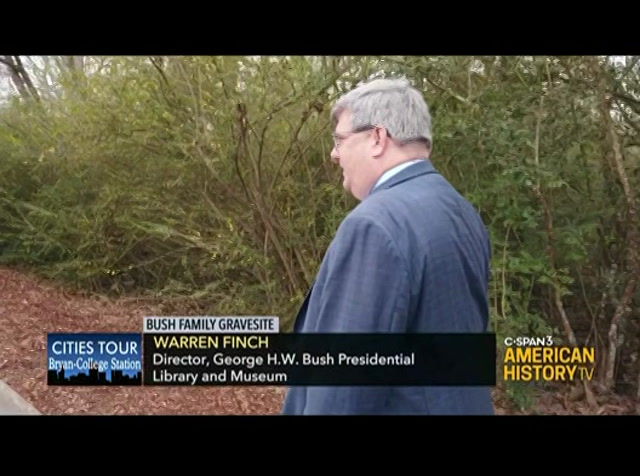 from houston. it's probably about 80 or 90 miles from houston here, and there were people lined up all along the tracks, all the way here. i was in a bus and we kind of followed the path of the train. and it was just amazing. you could see the people all over, all over the tracks. through conroe and places like that. and then the train ended up at the university, about a mile from here. the casket was put in a hearse, brought here, and kids in the corps cadets here lined the walkway on the other side of the gravesite. the corps cadets lined the walkway all the way here. and the funeral service here was
9:58 pm 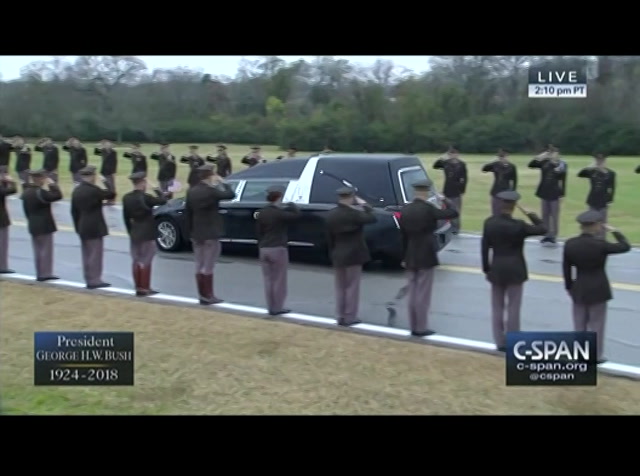 just family. so, there was a memorial service at saint martins in houston. that was a public ceremony. and then the body was brought up here. like i said, people lining the path all the way here. up here and along college station, people all along the tracks. once the body got to the library museum, it was just family. like mrs. bush's service, it was just a family service. and they chose early. after the library was put here, this gravesite was picked pretty early. and i think the reason was because they loved being here. and they loved the students, they loved the university. it's great to be around all these young people. the towns, the university, the whole community, the whole area were so welcoming to president
9:59 pm 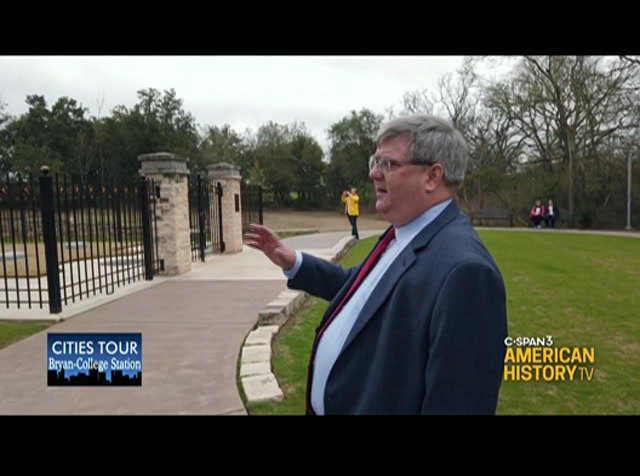 and mrs. bush. they thought this was appropriate for their final resting place. and their daughter was brought here, was disinterred. she died right before her fourth birthday and she was disinterred probably 15, 16, 17 years ago now and brought up here. so she was the first in the gravesite. in april, mrs. bush was buried here. and in december, president bush was buried here. but you see the navy cross. george bush, lieutenant, j.g., u.s. navy reserve, and 41st president of the united states. originally, when this was first laid out, there were no trees back there. you could see all the way to the roadway. shortly after the site was picked, the trees were planted. so you have kind of a nice, secluded place where you can contemplate i guess.
10:00 pm 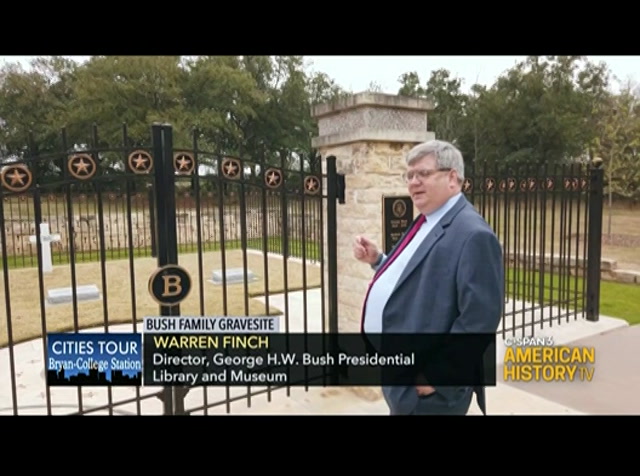 contemplative. that's one of the things that both he and mrs. bush wanted. how does it compare to the other presidential libraries? well, roosevelt is buried at his home. eisenhower there at his library. like a lot of presidents, their burial places are at their libraries. all of them seem to be somewhat simple, though. none of them really are grandiose. this one's probably the furthese furthest away from the actual library of any of the gravesites. it is a nice little walk. stretch yourof legs and come back here and remember both president and misses bush. of theo much a part library, the museum, and
left
right
Borrow Program
tv