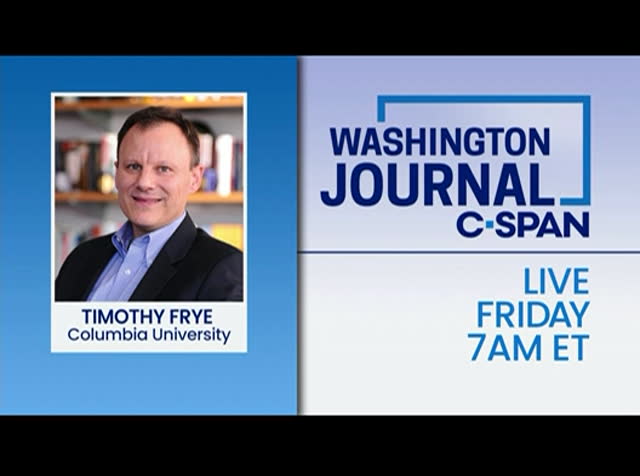 illinois senator talks about the
12:08 am 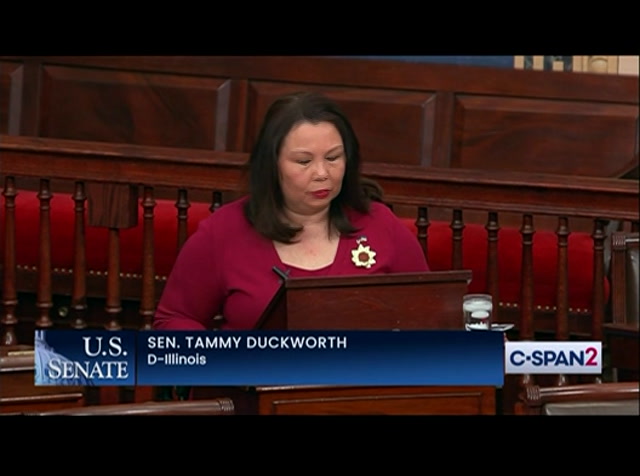 russian invasion of ukraine. she says history will remember president putin's brutal aggression towards russia's neighbor. >> i joined the senior senator from illinois affection. he truly is an icon for labor. i rise today to speak on ukraine with russian troops firing outside, one ukrainian woman was rushed outside and was forced to give birth in a makeshift icu in the hospital basement with of the sound of shelling surrounding her and more than 100,000 russian troops closing in on the area. elsewhere in eastern ukraine, mothers and their newborns are being hurried from intensive care units to makeshift bomb shelters with blankets waddling their babies of the only armor they have protecting them from
12:09 am 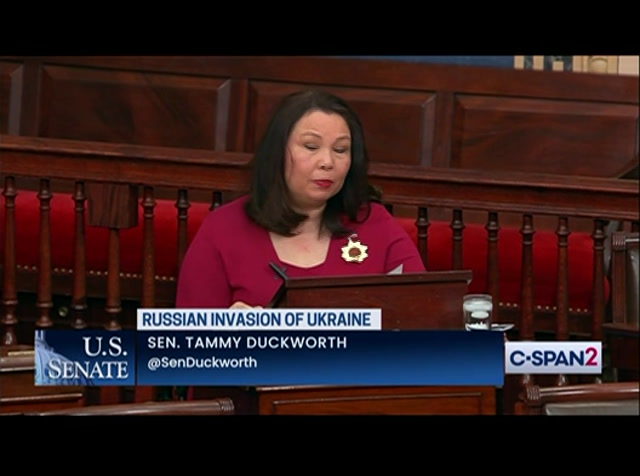 the explosions and missiles. and all across ukraine little girls and boys are being born in shelters where some of the first words they hear are the cries of older children asking their parents mommy, will we die here. this is every day, every moment waking nightmare for those who call ukraine home. this is the normal for moms learning tok breast-feed their newborns. parents just last week were trying to figure out how to afford both diapers and next month's rent and now are desperate to get there one week old to the two week old mark. why is this the new reality? for what? a brutal and senseless war as unjust as it is unjustifiable and needless as unprovoked and whose violence has already torn families apart yet whose cruelty failed to factor the unity of ukraine itself. three decades ago with the
12:10 am 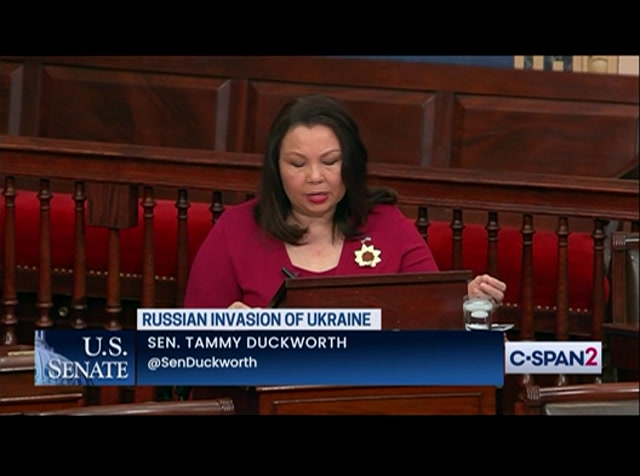 collapse of the soviet union the united states and russia ask ukraine under the budapest memorandum ukraine did so voluntarily because the ukrainians so desperately sought peace antidemocratic rule-based order. now russia has unilaterally broken that agreement and ukrainians are once more laying down their lives for the same democratic principal. vladimir putin is fighting for autocracy for the unprovoked escalation, ukraine meanwhile is fighting for freedom. vladimir putin believes himself to be some sort of a attacking and an attempt to restore the
12:11 am 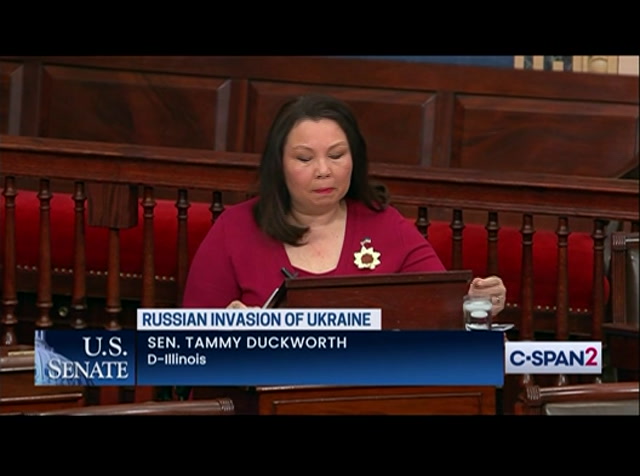 russian empire. today i want to speakra to all e ukrainians who found a home in illinois and to all who are still in ukraine. a tyrant to level those in his way, someone who uses weapons of war to murder children from afar and turned toddlers into orphans for the safety of a heavily fortified mansion and yet even
12:12 am 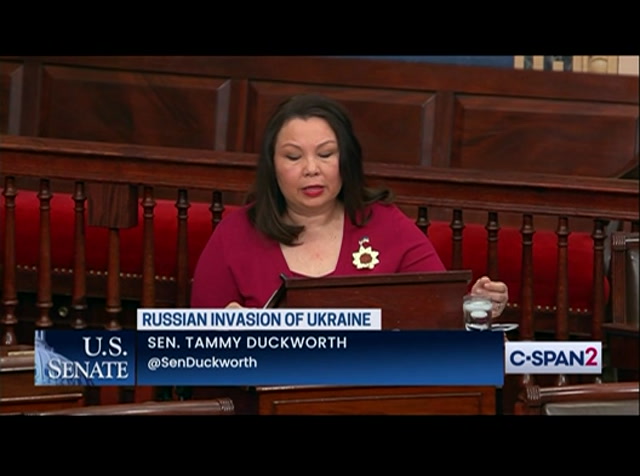 with less power and money despite being outnumbered there's been an incredible will to fight putting up the business of resistanceta against putin ad all that he stands for because it will always falter in the face of courage and ukrainians are redefining that word every dayou with the unprovoked aggression because those fighting for reasons will always stumble in the face of those fighting so their children can claim out of bomb shelters and go back to school. while i wish more than anything that putin had never started this war and that they had never gone through the streets now the world will know that it's synonymous with courage and they
12:13 am 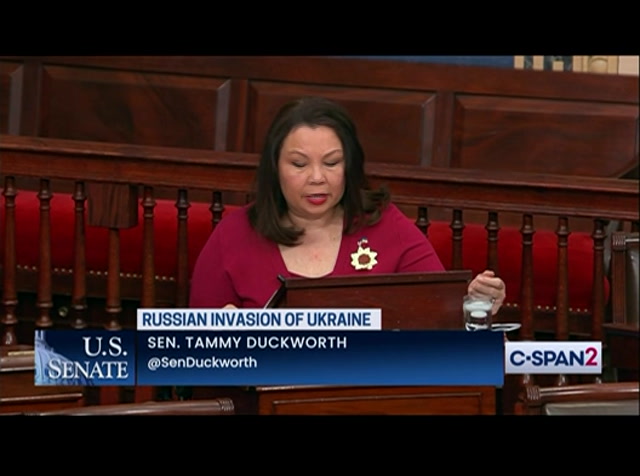 will know the buildings in odessa may crumble into the heart will never waver. the men, women and children and the troops doing everything in their power tom. protect them. advising ukrainian forces just last year. their bravery and resilience, their determination over this past week as a certain retired u.s. army lieutenant colonel and as said in this very chamber, right matters. it never brought up the courage and goodness of the people determined to fight with and for one another. that's oneen reason i support
12:14 am 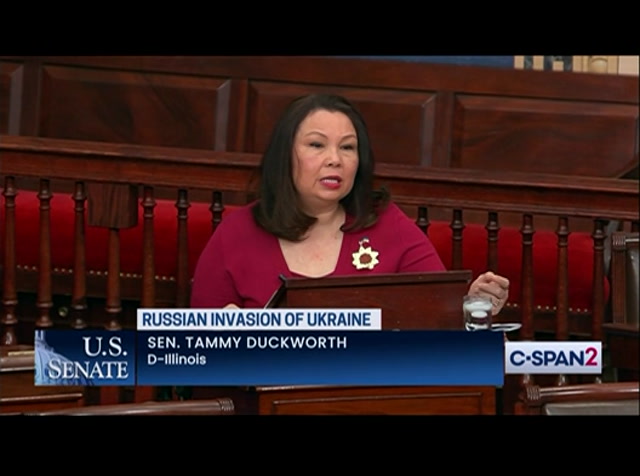 president biden's request to dedicate at least $6.4 billion in humanitarian and military aid to help those under siege in ukrainian and why i'm doing everything in my power by granting them temporary protective status. vladimir putin is no savior. he will bring no glory to the people. all he will bring his travesty and economic ruin. the history books will reflect this much. choosing peace, choosing the bloodshed and destruction choosing democracy as they desperately seek peace once more they've chosen democracy time
12:15 am 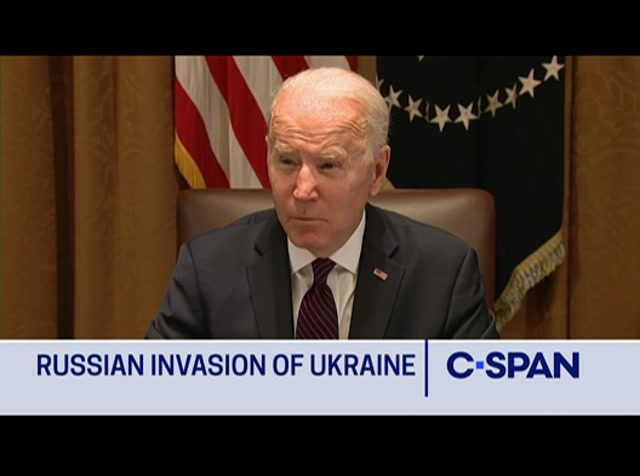 and again. today and all the days that this war wages on it's time for this democracy to choose them. i yield the floor. the military has begun a brutal assault on the people of ukraine. without justification or necessity this is a premeditated attack.
12:16 am 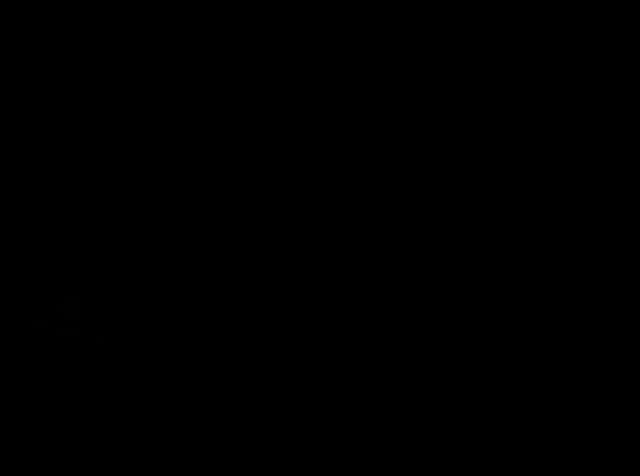 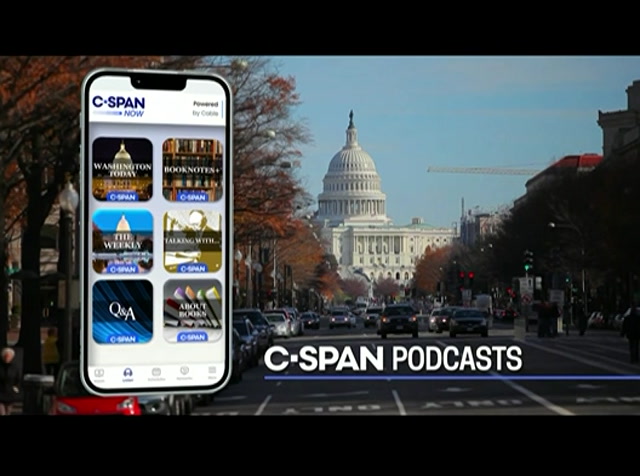 >> as a possible watershed moment in the republican party and american politics. he also spoke about the impact of the january 6th u.s. capitoll attack. this is from the gathering
left
right
Borrow Program
tv

Senator Tammy Duckworth (D-IL), an Iraq war veteran, spoke on Senate floor where she called Russia's invasion of Ukraine a "coward's war" and said Russian President Vladimir Putin was an "embarrassment and the history books will reflect as much."