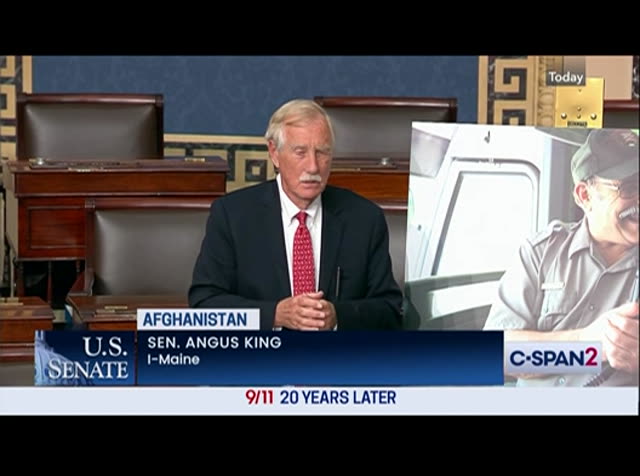 understand what happened and we will. that is our role we should work through the process of gaining the facts before we draw the conclusions that i have heard drawn over the last week. >> september 11, 2100 days steered into the memories of those of us through the day and experience the trauma and fear. what has always struck me is standing here 20 years later is how the entire free world stood united against what we saw as a common threat. it came as naturally as
10:23 pm 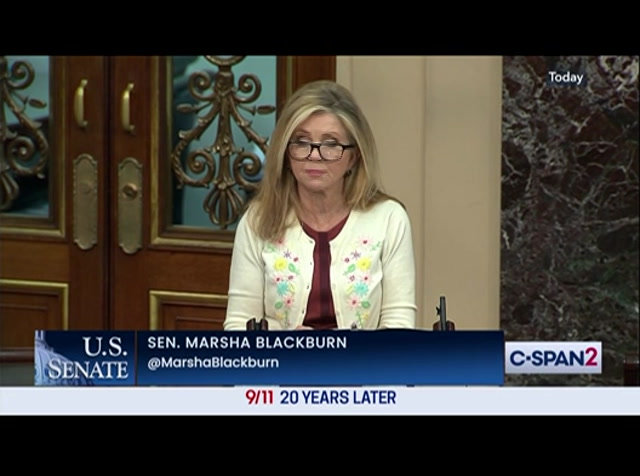 breathing and as witnesses to mass murder we shared a duty to events those that have died. fear may have forced us together but in the days that followed the attack, we as americans rediscover what has bound us for centuries and solidified our faith in the common cause of freedom. that the more time that passes between each september 11 and the september 11 attacks more obvious that it slips away from those who heed the lessons the defensive action we take as a nation in the wake of the attack was among the most forceful and effective the world had ever seen. but still, even 20 years later it is obvious i will work in afghanistan and the middle
10:24 pm 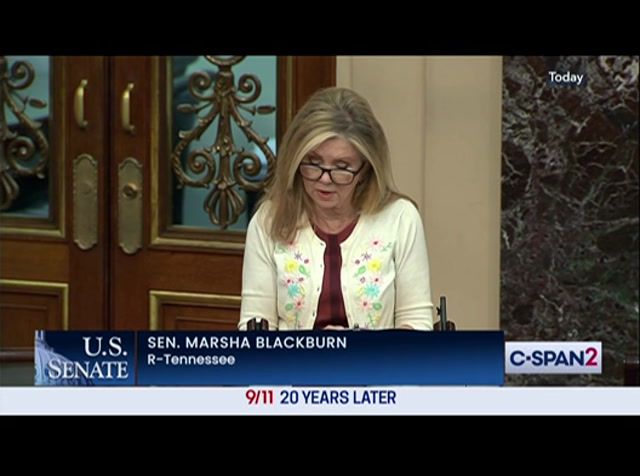 eastm so i would say it is not withdrawing from afghanistan it was the manner in which the biden administration chose to end the military mission in afghanistan to reflect the reality on the ground. last week i sent a letter to chairman reed on the armed services committee asking for formal hearings on the withdrawal. we need to know exactly what happened. how they were advised without sworn testimony from secretary austen in general milley, general mckenzie and general miller.
10:25 pm 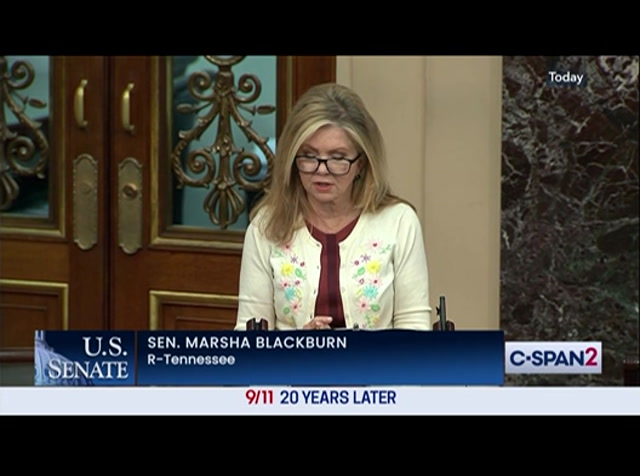 we will never be able to untangle the chaotic force of events that led to the deaths of 13 servicemembers in kabul and the abandonment of an unknown number of american citizens and our afghan partners. madame president i ask unanimous consent that the letter be entered into the record. >> without objection. >> thank you. the fact finding mission to impress upon my democratic colleagues the importance of the words that we use to describe how we talk about them and frame their actions since daync number one of this administration the biden administration has used they are words to rehabilitate the
10:26 pm 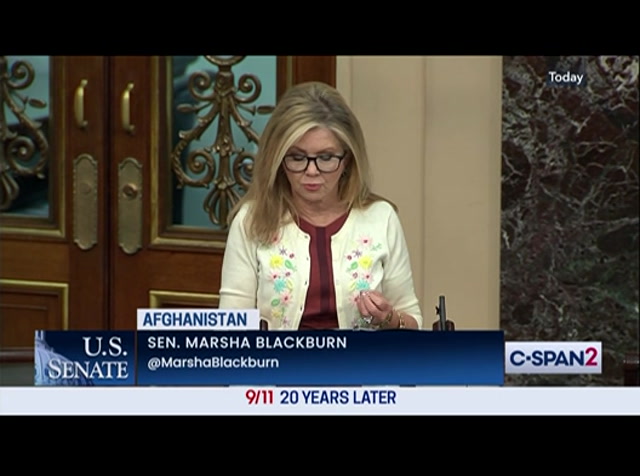 taliban in the eyes of their radical base. the problem of course is the diplomatic calls for inclusivitynd and equality this supports allies with the taliban actually is. the taliban, like isis and al qaeda is a terrorist organization they rule by fear. forced marriage brutality against anyone who questions their regime. against anyone who disagrees with them. the way women and children are treated. now in my opinion from a lot
10:27 pm 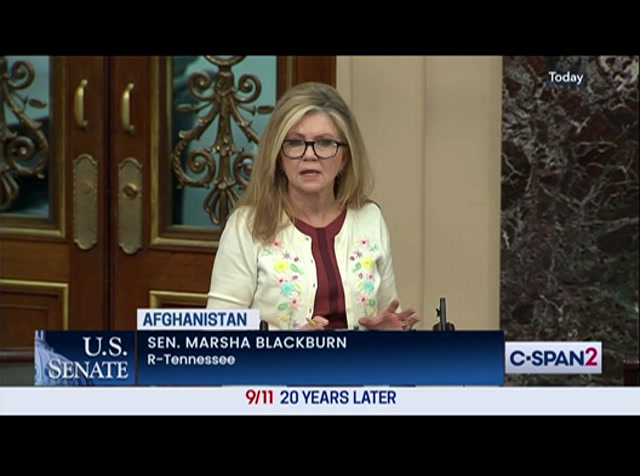 of tennesseans i i have talked with since i have been home they feel that expecting terrace to behave like normal people is reckless and stupid and they feel some of the actions that have come from thisth administration and comment that they would have that expectation would reflect that reckless stupidity. these are terrorist organizations. if you need another example just look at the approach to border security. even before the transfer of power massive migrant caravans had begun moving out of central america toward the southern bird border. they were eager to take advantage of candidate bidens promises have open borders
10:28 pm 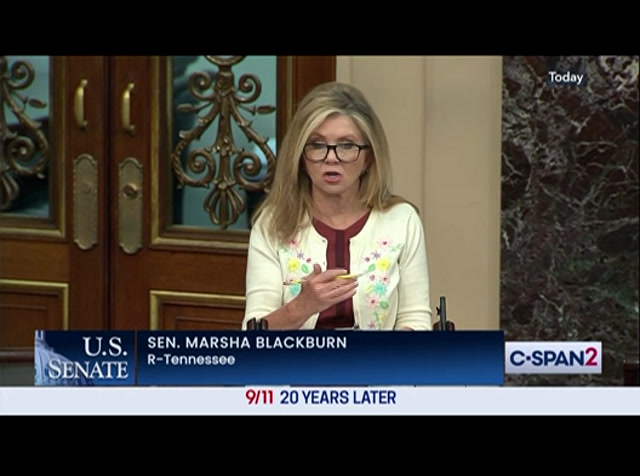 where does that get us? to report that migrant encounters along the us-mexico border reached a 20 year high in july. that isig right. they heard those promises so what do they do? they got to work and they made this journey after they paid the cartel. but the border patrol caught in july were traveling alone families might be holding back that the international traffic are not holding back on august 29 also serving in
10:29 pm 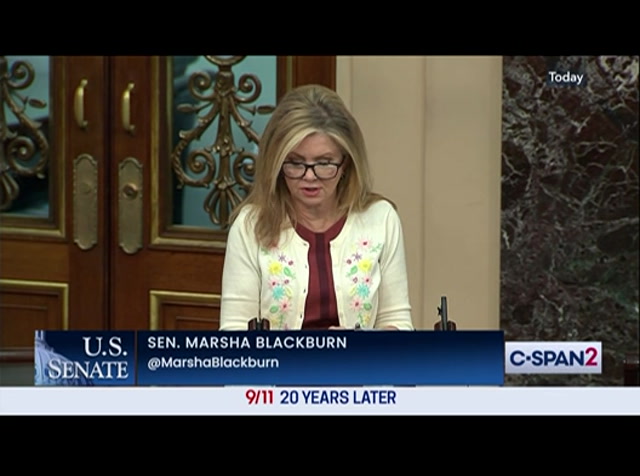 memphis kilograms of cad and then in a shipment of furniture from france. coming in because of the september cbp officers in texas seized two separate cash of cocaine with a combined street value t of $300,000. in the month of july alone cocaine seizures increased 91 percent and math seizures increased 20 percent. why are they doing this, madame president? they learn the borders open on september 8, texas state troopers and officers stopped to human smuggling attempts running just hours apart from each other our cbp officers
10:30 pm 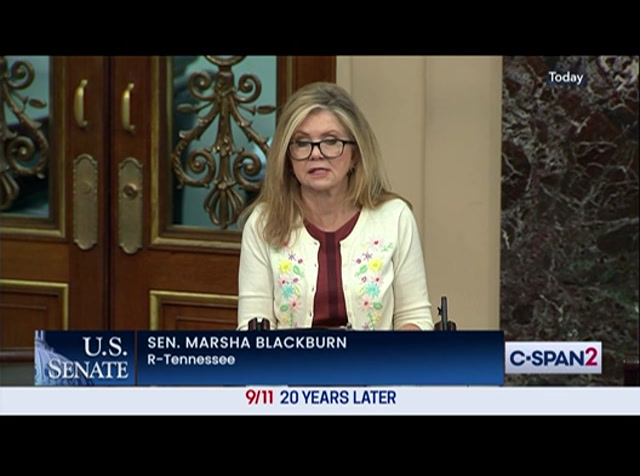 have made a standard procedure from the migrants who had been abandoned and left to die by the cartel transporters and why is this happening it is obvious to everyone from the migrants and the cartels to the foreign officials they have refused to have their borders the biden administration won't do anything to stop it. tennesseans see this is reckless and it makes no sense talking to local law enforcement officers this week they see an uptick and no, heroin on the streets all coming out of mexico they repeatedly say secure the border. we live in the greatest nation on earth we are the best
10:31 pm 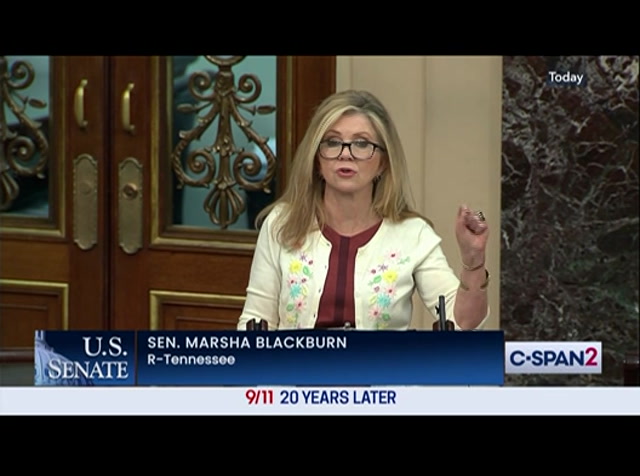 example for freedom in the last hope for millions of people suffering under authoritarian rule. and it doesn't have to be it has been when you look at the withdrawal from afghanistan. if you look at the open border. they have apprehended terrorist at the southern border. that'soe right. when you have weak leadership that is not focused and says my way or the highway. that can and will destroy us. the action of the biden
10:32 pm 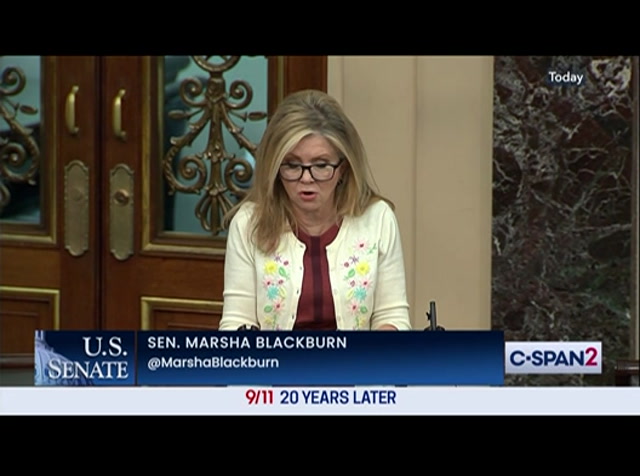 administration have already emboldened our enemies they have made our allies doubt our commitment to them. and in the words they are trying to do and what we are doing to advance freedom here in this country and abroad. i would resist the urge to fall in line with the white house with the afghanistan withdrawal. and then to join me take as many hearings as it takes to restore accountability andt transparency to find out exactly what happened. what were our military advisers saying to president biden vice president harris, judge
10:33 pm 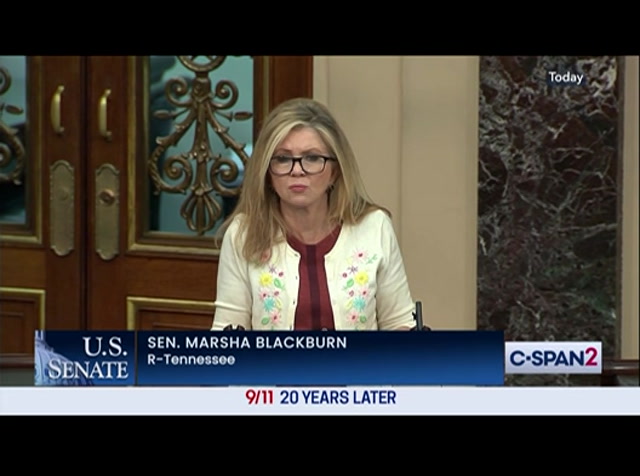 sullivan, secretary blinking? what were they telling them? what was the expectation? today have a plan? did they plan to leave americans behind enemy lines? did they plan to give a biography airfield? if they plan on that was a intentional they made those decisions are was it reckless stupidity that god is here? i yield the floor.
10:34 pm 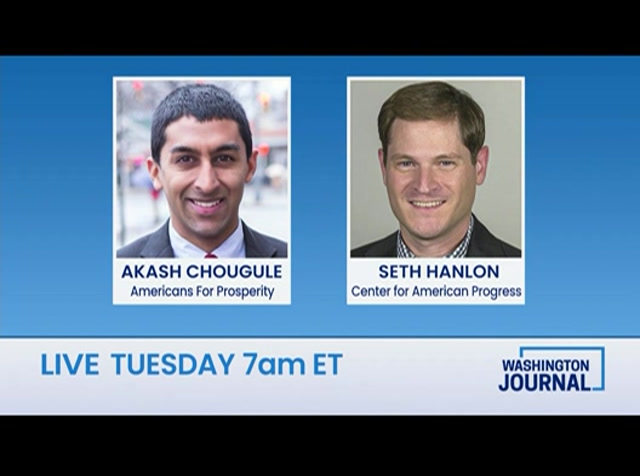 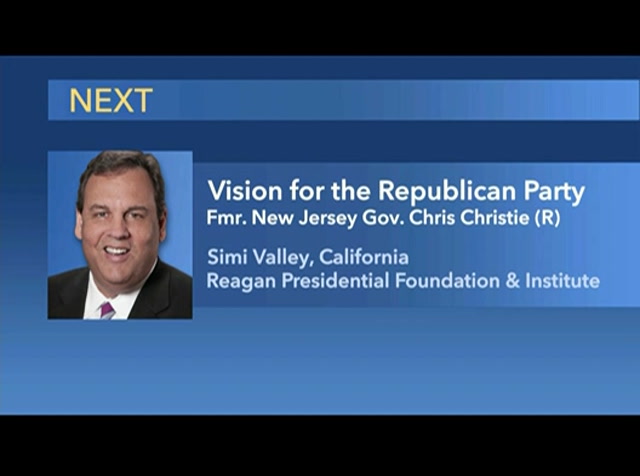 Sen. Blackburn (R-TN) spoke about how Americans responded to 9/11 and pivoted toward President Biden's withdrawal from Afghanistan and Biden's policies on immigration.