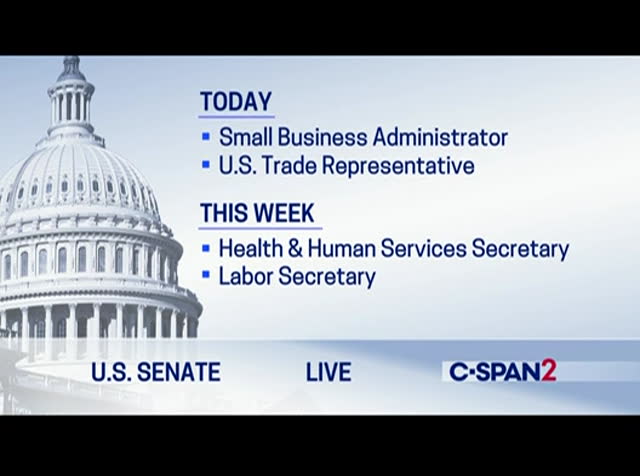 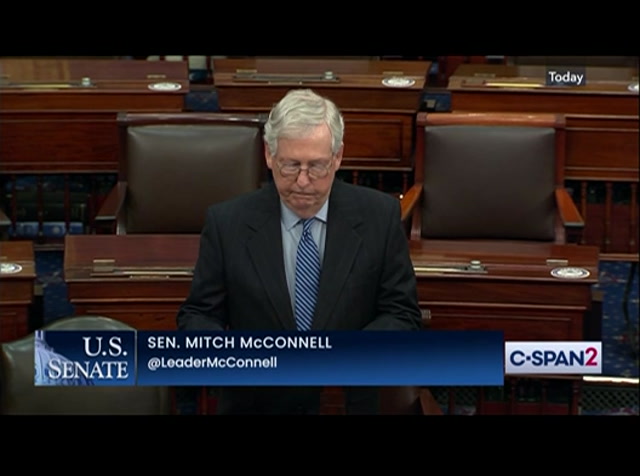 for legislation the senate becomes a majoritarian institution just like the house. much more so kicked to the went to short-term electoral change. no senator would like to see that happen. so let's find a way to further protect the 60 vote rule forio legislation. that is the current democratic leader senator schumer in april of 2017 less than four years ago. here's another quote mr. president, what about the nuclear option, doing away with the filibuster? i can tell you that was at the end of the senate as it was originally devised and created going and created going back to our founding fathers. we have tos acknowledge or respect for the minority and that is what the senate tries to do in this composition and in its procedure end quote. that was the assistant democratic leader senator durbin
5:56 pm 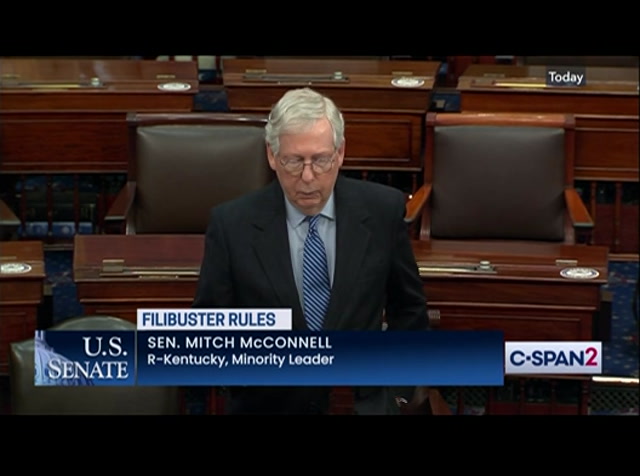 and 2018, about three years ago. a few years ago 33 members of the senate signed a letter insisting that quote we preserve existing rules, practices and traditions regarding legislation. now under pressure from the pressure from outside many of her a democratic colleagues are abandoning their principles as fast as possible but yesterday senator durbin said the filibuster is not a core principleca that quote an authentic clerical suggestion. an offhanded clerical suggestion. a number of senate democrats are trying to pressure the senior senator from west virginia and arizona to abandonei their own very recent commitment to honor the central role of the senate. mr. president the framers designed the senate to ensure thatt federal laws in our divere
5:57 pm 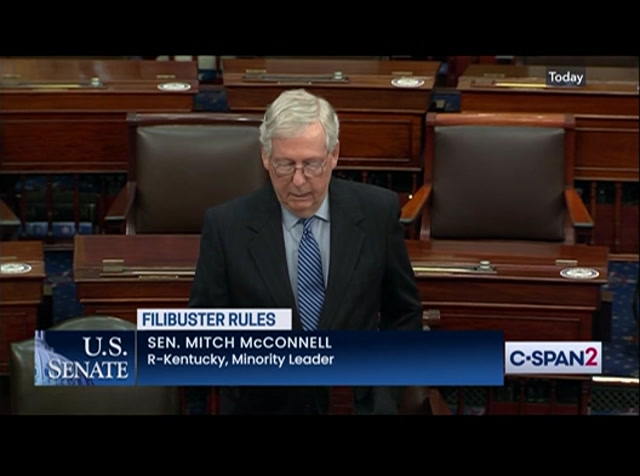 country are broad enough to receive the consent of the governing. james madison said the senate should be a complicated check against improper acts of legislation. thomas jefferson said great innovation should not be forced on slender majorities. senate democrats. aldi's arguments when they were the ones benefiting from minority protection. when present from pressed republicans to kill the filibuster by democratic colleagues -- and when a republican majority stood on principle and refuse to -- there was her democratic colleagues used the filibuster themselves. in some cases they flat out lock legislation like senator tim scott's police reform bill. in many other cases democrats
5:58 pm 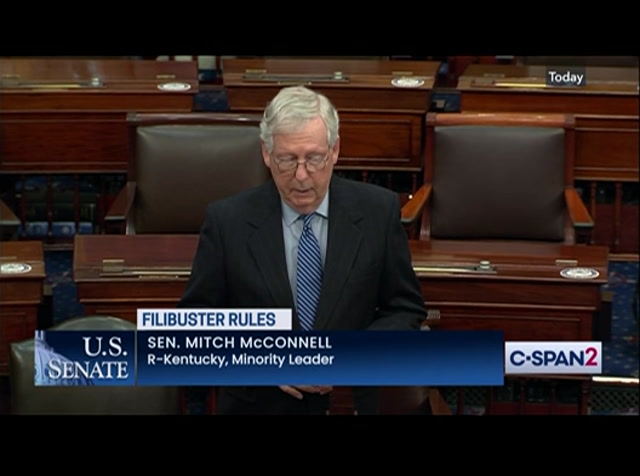 did with the minority parties always do and leverage the existence of the filibuster to influence must pass legislation long before it got to the floor. there's so much emphasis on the most extreme bills that either party might pass with a simple majority. people forget that the senate 60 vote threshold is the only reason, the only reason that any routine must pass legislation is bipartisan except during divided government. big funding deals, preparation bills, farm bills, highway bills, the nda, the senate 60 vote threshold bypasses all of that. is not just about controversial items. it's about everything we do. the senate democrats were pressing her colleagues from arizona and west virginia to reverse themselves are not just arguing for some procedural tweet -- tweak not a procedural
5:59 pm 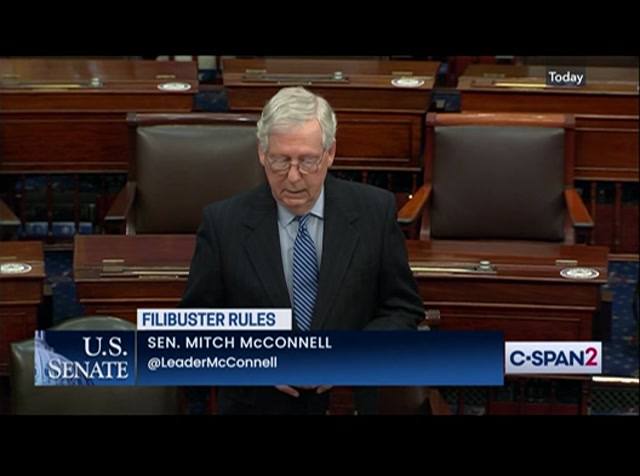 tweak. they are arguing for a radical left consensus driven system of governance. forget about enduring laws. nothing in federal law would ever be settled. does anyone really believe the american people are voting for an entire --of government by electing joe biden to the white house in the 50-50 senate? there was no mandate to completely transform the american people in november 3. that may be what a few liberal activists want but does anyone believe that millions of americans thought that's what they were electing? of course not. there's an ironic element to this whole conversation. some democratic senators seem to imagine this would be a tidy trade-off if they could just break the rules on a razor thin
6:00 pm 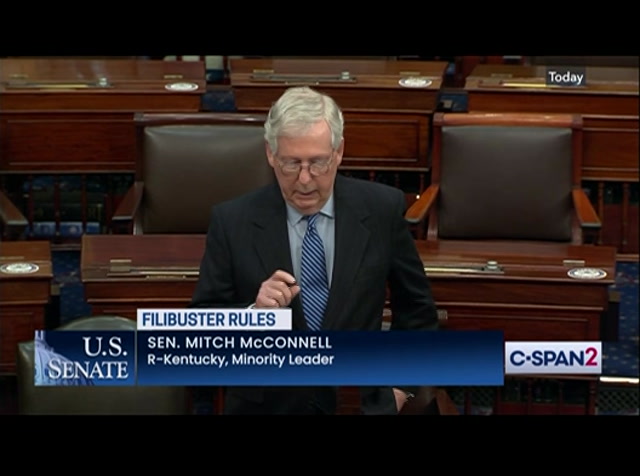 majority, sure at my damaged institution but then nothing would come between them and their entire agenda and error of fast-tracked policymaking. but mr. president anyone who really knows the senate knows that's not what would happen. so let me say this very clearly for all 99 if my colleagues. nobody serving in this chamber can even begin, can even begin to imagine what a completely scorched-earth senate would look like. none of us have served one minute and in the senate that was completely drained of comedy and consent. this is an institution that requires unanimous consent to turn the lights on before noon. to proceed with a garden-variety floor speech, to dispense with the reading of lengthy
6:01 pm 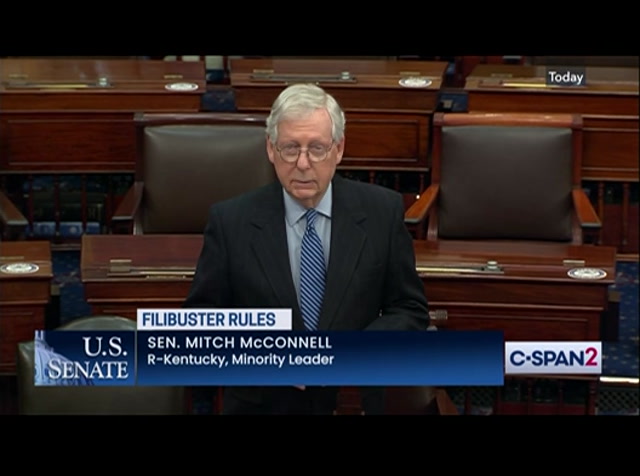 legislative text, to schedule committee business, to move even noncontroversial nominees on anything besides a snails pace. mr. president i want her colleagues imagine a world where every single task, every one of them requires a physical quorum. which by the way the vice president does not count in determining a quorum. everything that democratic senate's dead with presidents bush and trump and everything their public and senate did with president obama would be child's play compared to the disaster that democrats would create for their own priorities if, if they break the senate.
6:02 pm 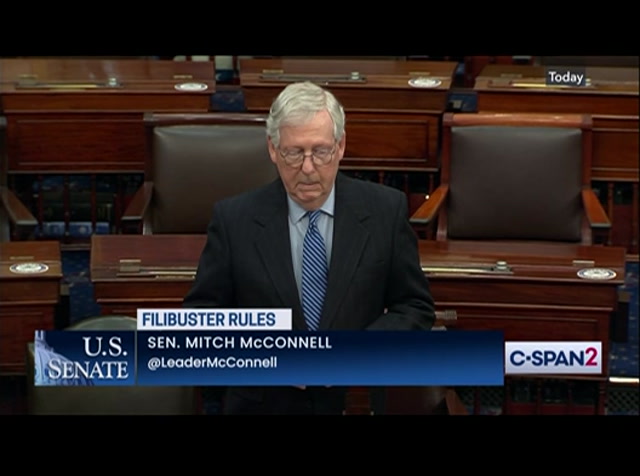 so this is not a trade-off between trampling etiquette but then getting to quickly transform the country. that is a false choice. even the most basic aspects of our colleagues agenda, the most mundane tasks of the biden actually be harder, not easier for democrats in the postnuclear senate that is 50-50 dead even. if the democrats break the rules to kill rule 22 on a 50-50 basis then we will use every other rule to make tens of millions of americans voices heard. perhaps the majority would come after the other roles next. perhaps rule 22 would just be the first domino of many. until the senate ceases to be
6:03 pm 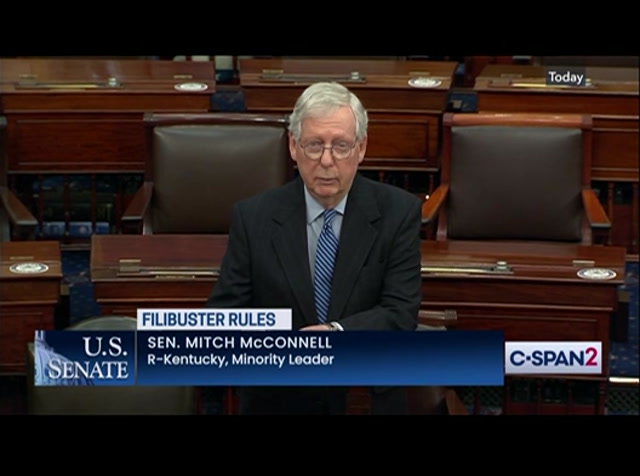 dispense from the house in any respect. this chaos would not open up an express lane for liberal change, it would not open up an express lane for the biden presidency to speed into the history books. the senate would be more like a 100 car pileup. nothing moving. then there's the small matter that is never permit for the last time the democratic leader tried to start a nuclear exchange i remember offering a warning. i said my colleagues would regret it. in just a few years and the few supreme court -- later many of myth democratic colleagues publicly did. touching the hot stove again would yield the same result but even more dramatic.
6:04 pm 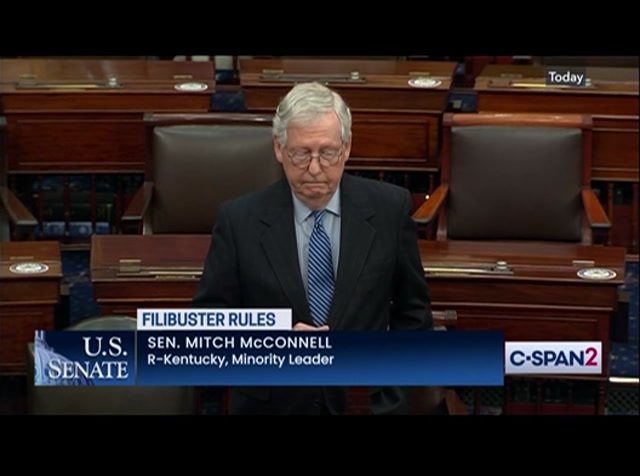 as senate republicans wound up back in the saddle we wouldn't just erase every liberal change that hurt the country, we would strengthen america with all kinds of conservative policies with zero, zero input from the other side. how about this? nationwide right to work for working americans? defunding planned parenthood in sanctuary cities on day one? a whole new era of domestic energy production, sweeping new protections for the right to life of the unborn. concealed carry reciprocity in all 50 states and the district of columbia. massive hardening of security on our southern border.
6:05 pm 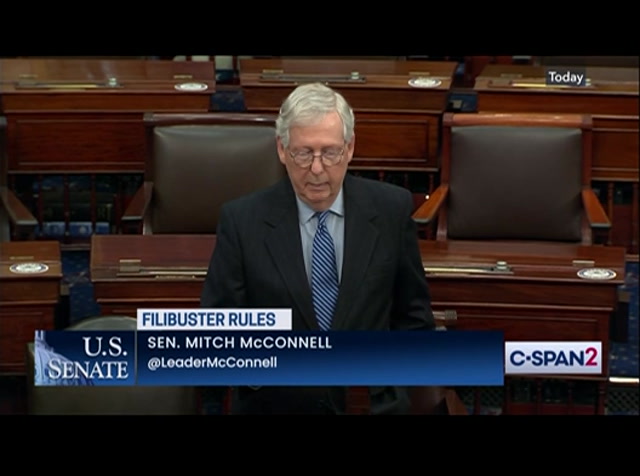 we saw during amendment votes a few days ago that some commonsense republicans positionsor enjoyed more support right now than some of the democratic committee chairs priorities. and this is with them and the majority. so the pendulum mr. president would swing both ways and it would swing hard. my colleagues andse i have refud to kill the senate for instant gratification. in 2017 and 22 night lobby to d2 exactly what democrats want to do now, a sitting president tweeted about it. what did i do mr. president? i said to the president at that time, no. i said no repeatedly because the
6:06 pm 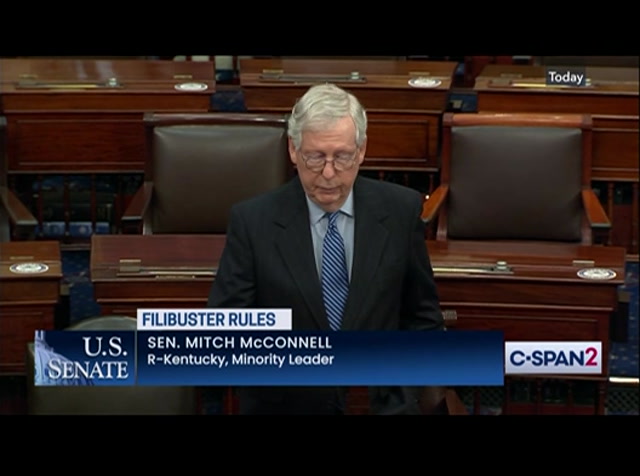 u.s. senator comes with the power of duties and steamrolling of short-term power. i meant it. republicans meant it. less than two months ago two of our democratic colleagues said they mean it to. if they keep their word we have a bipartisan majority that can put rentable first and keep the senate safe. >> mr. president slathering when the republican senate leader comes to the floor and mentioned your name and senator mcconnell did just that this morning took issue with the filibuster and senator mcconnell found a quote of several years ago where he spoke in favor of the filibuster to protect minority rights in the senate. say that and it was based on life experience having already served in the
left
right
Borrow Program
tv