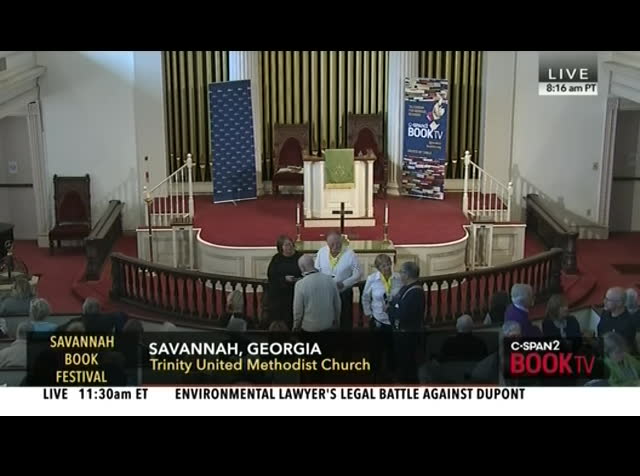 minutes. while we wait for next aughtover to begin we want to show you a portion of this weekend's after words programs, sally pipes offers her thoughts on healthcare reform. >> now, you're from canada. you mentioned that a numerous times. being canadian you have seen government-run healthcare. >> i grew up, federal government took over canadian healthcare in 1984. both things are medically necessary in -- in health care. a couple of things that aren't cosmetic surgery, if i want to be younger or better, lasik
11:18 am 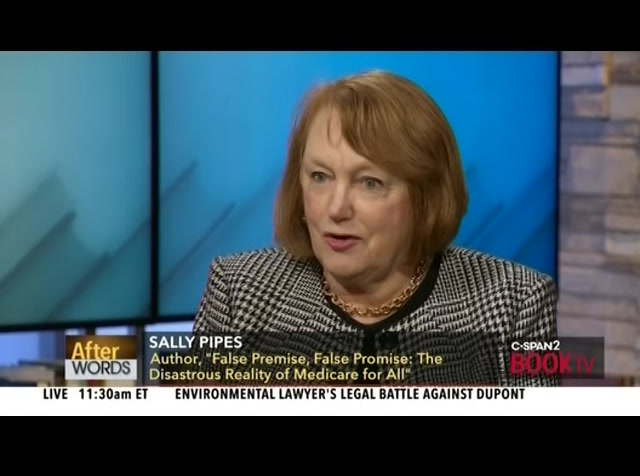 surgery. in canada in '84 government took it over. we started a project in '88. waiting your turn, a guide; the average wait time from seeing primary care doctor to getting treatment, you don't call up obg yn. in that wait 9 weeks, average wait time 20.9 weeks, that's over 5 months. 600,000 canadians cross over to get hip replacements, valve re placements; things like that because they feel that their
11:19 am 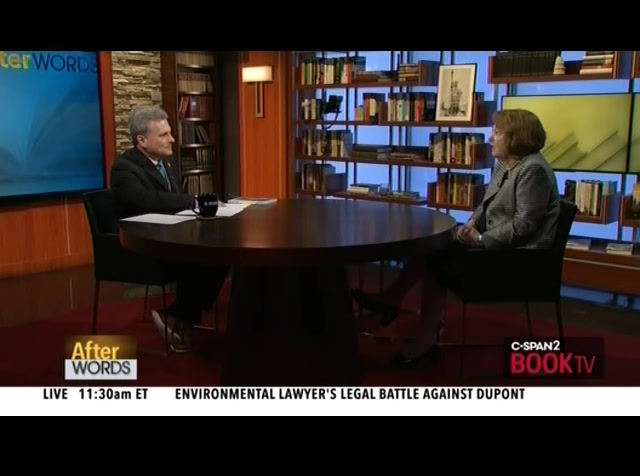 health is too important to have to wait so long. canadians have an escape valve, where are we going to go? overs want to be practices offshore so we continue to get the very best in medicine. the american people demand, my mom used to say i hope you're not becoming one of those im patient americans which i am now. canadians when the doctor says, i'm sorry, you know, you will not get an poirmt -- appointment , canadians say, fine , that'll be nice, some say cross the border, but a lot of people they are just so polite and don't know anything different. most people growing up have grown up under single payer. all in in 1984.
11:20 am 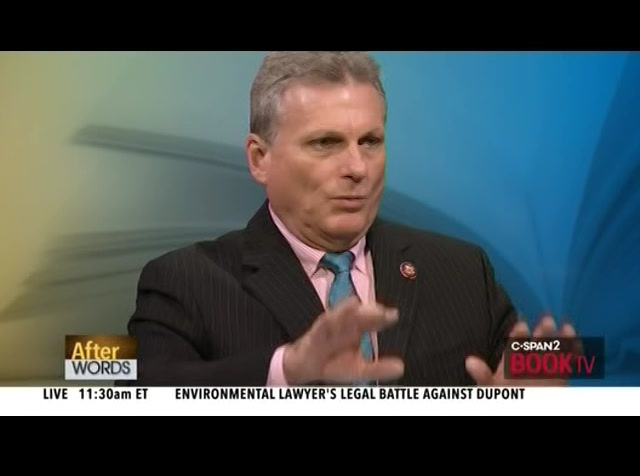 >> we talked about sanders proposals, is that what they have in canada? >> that's what they have in canada. there's no private coverage for anything considered medically necessary which is the majority of things. you can get private insurance for like if you're canadian and you want to come to the u.s. on vacation, you're afraid if you get sick, the canadian government what they pay would not cover costs here. people get private coverage for traveling, private coverage for having a private room in a hospital because that's not part of the system, ambulance going to the hospital, things like that. but bernie sanders' plan is even more comprehensive than canadian plan, 5 weeks wait to see specialist, the average wait in canada for neurosurgery is 3 weeks, for every 1 million
11:21 am 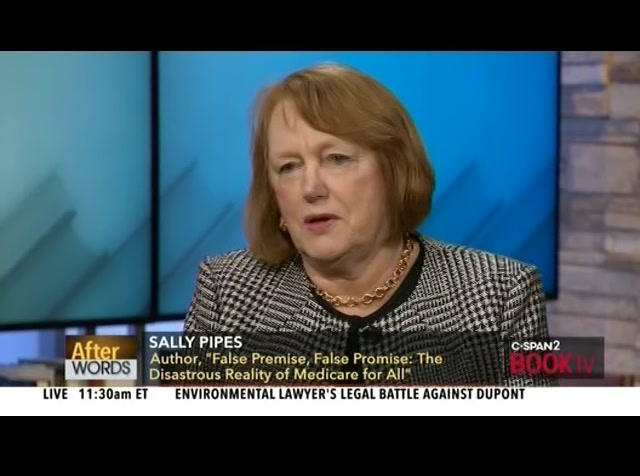 people 16mri machines versus 44 in the u.s. it's really ridiculous. bernie wants to add free eye care, free dental care, free drugs, free long-term care. you know, 30 to 40 trillion for bernie's plan and he agreed that would be the price until he changed his mind. he told adon -- o'donnell, i don't know how much my plans are going to cost, he knows it's going to be very expensive. increase in the federal deficit of bernie's plan would go up a trillion dollars at the high end if you add more, canada try to bring in and they couldn't afford to do it.
11:22 am

>> probably the two most prominent examples, if you will, of medicare for all system is canada you uk. there are some out-of-pocket expenses that you have responsibility for. >> right, exactly. canada is one of 3 countries in the world that has a true single -payer healthcare system. the other two are cuba and north korea. think of what kind of health care you get in the countries. the united kingdom has what we call universal coverage system,
11:23 am 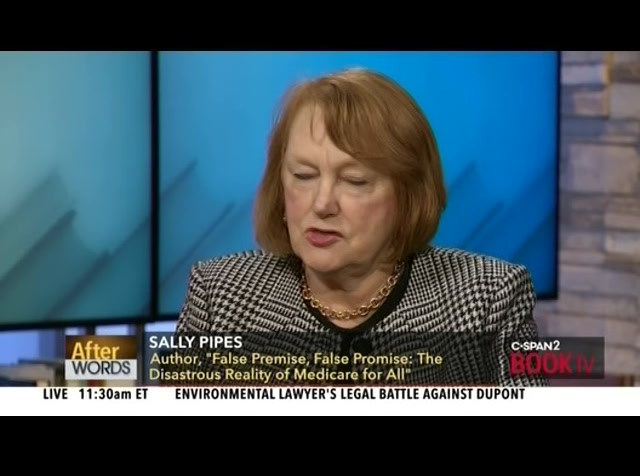 nhs started in 1971, covers about 90% of brits. they allow private coverage to run parallel and some have private coverage, in the uk are american companies, blue cross, they -- this is becoming more popular because just in december over 4 million brits on a wait ing list to get treatment and the cancer treatment is not supposed to be delaying from general more than six weeks, more important under the world health organization study, brits a lot of them with all forms of cancer survivor rates, that tell s you about life expectancy under a government, basically a
11:24 am 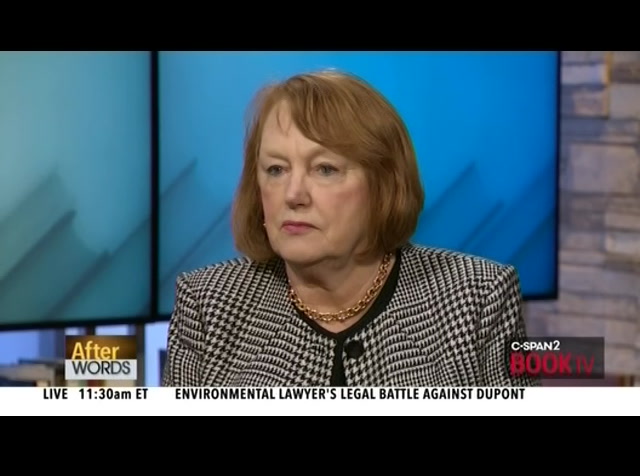 government-controlled system. >> you mentioned a few minutes ago and obviously big concern, how much is this going to cost? i have seen figures, $32 trillion over 10 years, trillion. >> trillion not million or billion, exactly. as i say, that would even include if they have reduced administrative costs, so that would be the increase in federal spending over 10 years. what would be the total cost of the plan, it would be somewhere 50 to 60 trillion in 10 years, it won't be free, taxes will have to go up. sanders has said that there has to be 4% income tax on anyone earning over $29,000, that's very little income in this country and would hit a lot of people. there would be a new 7.5 pefer payroll tax. the payroll tax wouldn't affect
11:25 am 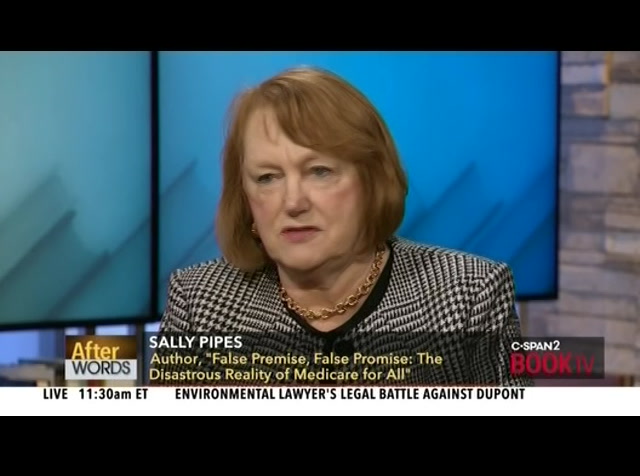 mid middle-class people. most are middle class. there would be a new tax on the wealthy, there would be new tax es on financial institutions, if you double all corporate income taxes and all the personal income taxes, it wouldn't be enough to this plan. taxes would have to go up even further and as i say, it won't be free because you will be facing all the taxes and it's not free because when you are in pain and can't work, there's a cost having care and not get ces to timely care. >> watch the full after words interview between sally pipes and buddy carter of georgia tonight at 10:00 p.m. eastern. at recent talk at miami university in hamilton, ohio, former ohio governor and 2016
11:26 am 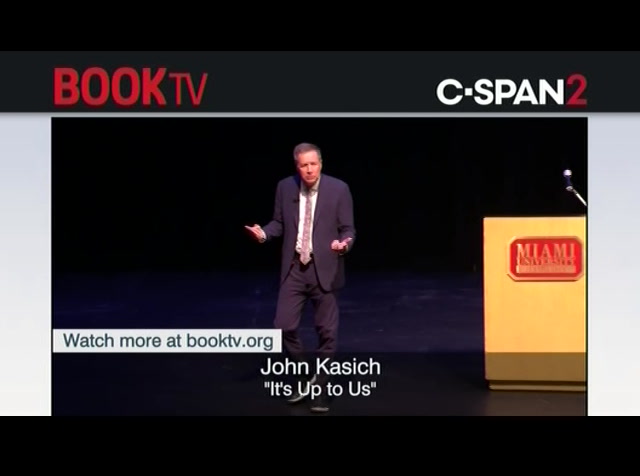 presidential candidate john kasich saying that the solutions to american's problems need to come from bottom up. >> most politicians listen to us and i will give you a couple examples, the civil right's movement, you think that they pass the civil rights law on their own? martin luther king went to see john kennedy and kennedy, he left the white house and he said kennedy didn't care. he was really upset about it. what happened over time because of king and some of the people i mentioned, people began to see that we needed justice and the pressure came from the bottom up the marchs, the gassing, the dog bitings, the jailings, it didn't square with us as free people. we wanted justice and we demand
11:27 am 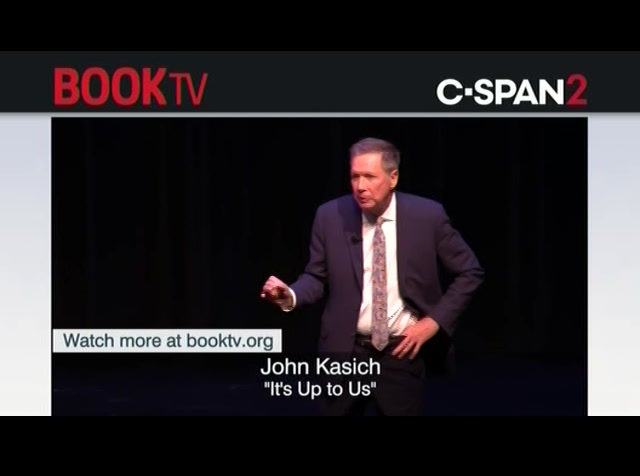 ed justice and the politicians after a decade's long struggle began to pass the laws. women suffrage, do you think those guys wanted to give you your power? they didn't. and you think about how long it took for women to get the right to vote and if you were an african-american you had to wait even longer to get the right to vote because you weren't favored how did it happen? we demanded it from the bottom up. i'm convinced that if we hadn't had the protests on our college campuses, we would still be on today. they'd have some reason as to why we would still be there. students and adults who finally said enough of this. and the same is going to be true about environmental awareness and some is going to be true about guns and let's just talk
11:28 am 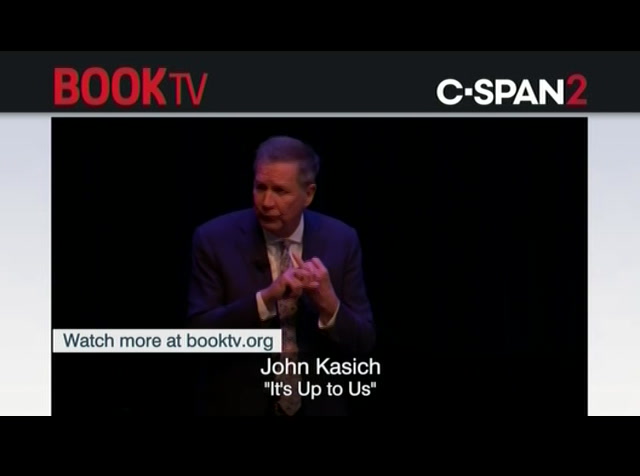 about that for a second. when i was governor i tried to pass this law, i want you to think about this. this law said that if somebody in the workplace was a threat to fellow workers or they were a threat to students on college campus, that there would be a judicial proceeding along with the input from law enforcement and the gun would be taken away from somebody who was unstable. could get it back whenever they were stabilized. that's going to become law, it's going to take a long time and people are going to demand it. tired of this and it'll only happen when it comes like this, so, folks, a couple of things, join a movement, start a movement, give somebody a hug, put yourself in somebody else's shoes, have a smile on your face
11:29 am

, be patient, get out of your siloh and this is what's going to heal our country because the great news is we are in charge, not them, we are in charge. if we come together all across this country and i speak all a cross this country, people are hungry for this, they just want to know what to do. you don't have to climb mount everest, you don't have to be greta thunberg. do great things together. we can end the fighting and vitriol and do things that we want out of our government and our communities that will allow us to have a healthier and a more together nation and neighborhood and family. >> to watch the rest of this program, visit our website booktv.org and search for john
11:30 am 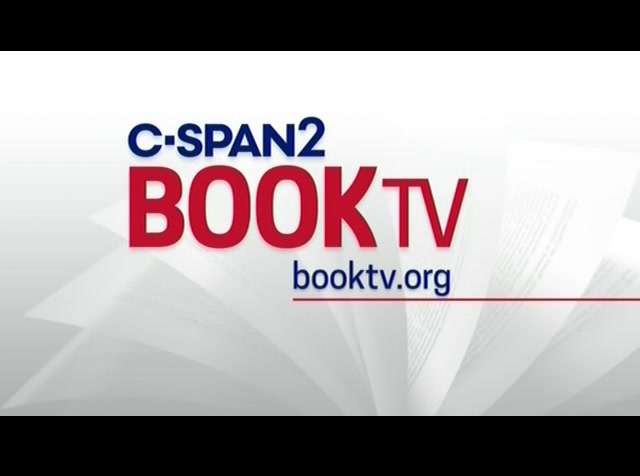 [inaudible conversations] >> delighted to welcome you to 13th annualual savannah book festival, david and nancy and nancy foundation, we are especially grateful, sponsors for glorious venue, the trinity united methodist church. through support that we are able to make festival events this saturday free to the public. 90% of our revenue comes from
left
right
Borrow Program
tv

Pacific Research Institute president Sally Pipes made the argument against Medicare for all. She was interviewed by Rep. Buddy Carter (R-GA).