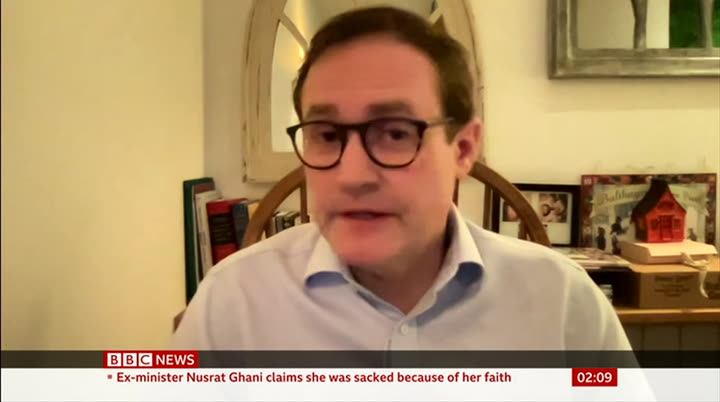 to hear more about this because it's not something i've seen or been told about. but the inquiry by the civil servant sue gray into downing street parties due this week poses the biggest risk to the prime minister. it's now reported she is also looking into events in his private flat, too. the question for borisjohnson, who's at the official country of chequers, can he survive it unscathed? he's thought to be busy plotting his strategy and calling his mps to try to secure their support. in the last year, 40,000 people from kurdistan have attempted the journey to europe to seek refuge. at least 30 people died in november 2021 when their boat sank as they tried to cross from france to the uk. it's by far the worst migrant tragedy ever recorded in the english channel. in this programme, we piece together what happened
2:11 am 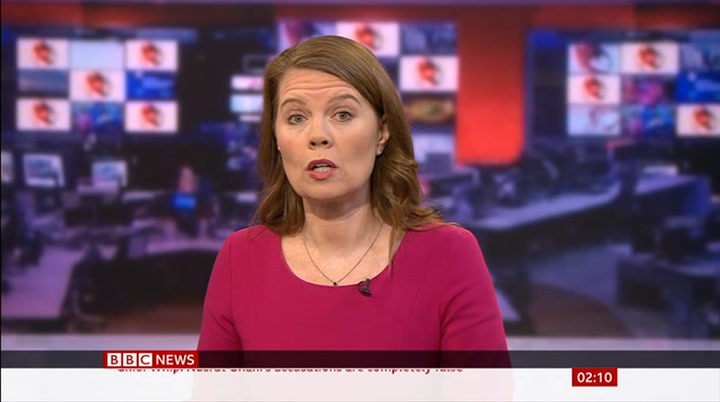 that night, and hear from the families left behind. stuck between countries that often don't want them. and no future at home. some take on desperate risks. this is the story of one boat that sank in the english channel. and the people on it. we piece together
2:12 am 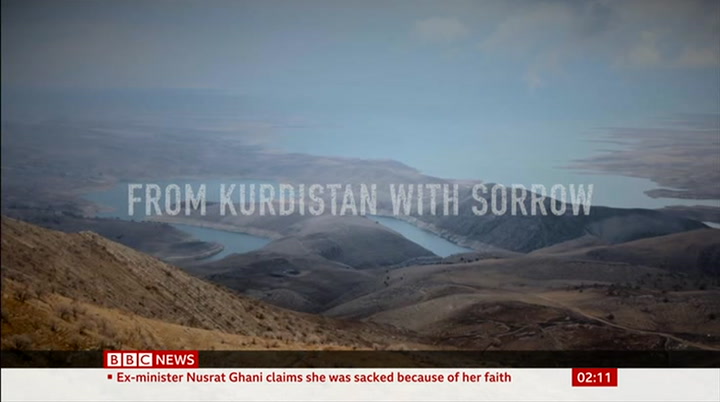 what happened and what they left behind. dunkirk, northern france. november 23rd. a dinky set soft across the english channel. it's a journey of about 30 miles. muhammad was on board.
2:13 am 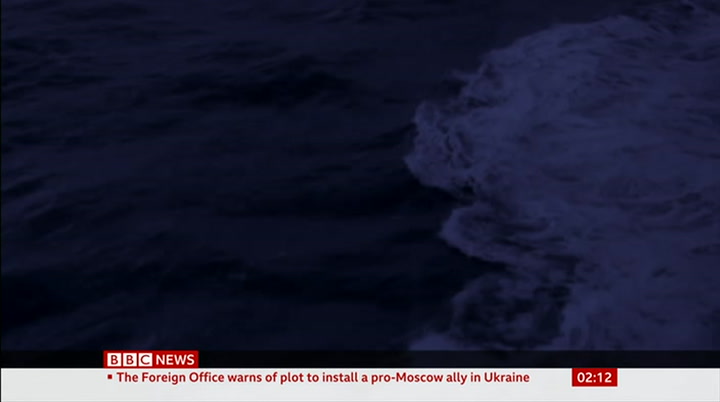 the dinghy is only meant to carry 20 people, but over 30 are on board, and soon they are in trouble. this is the last audio message sent from the boat.
2:14 am 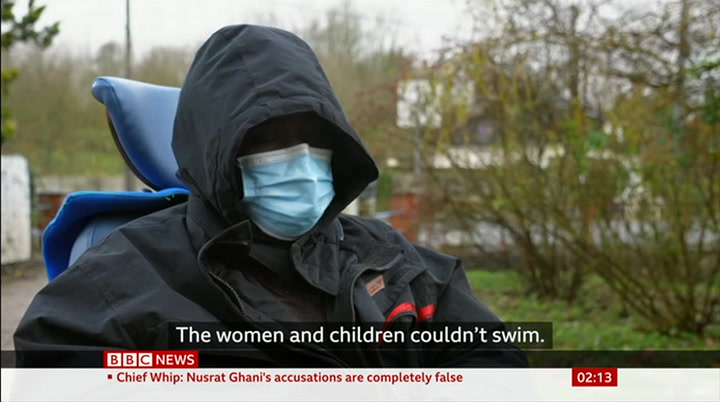 the next morning, another migrant dinghy past the scene, the smuggler on board sent this message.
2:15 am 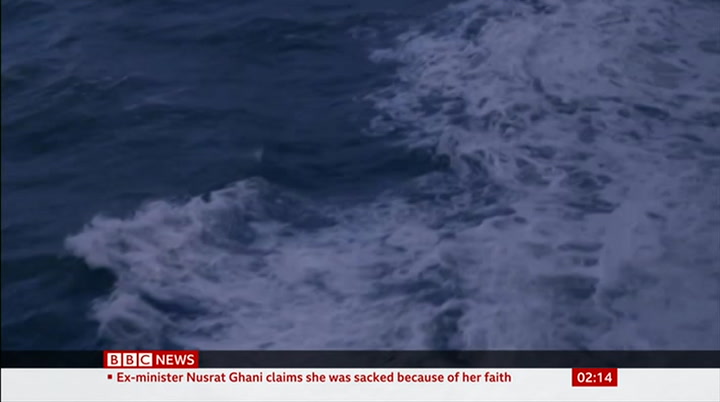 later that afternoon, 27 bodies were pulled from the water. they included seven women, two teenagers and one young girl. but it would be weeks before their families would find out. this man is a policeman from northern iraq, his family were trying to reach britain. he last heard from them as they were boarding a dinghy in dunkirk. but he doesn't know if it was the same boat that sank.
2:16 am 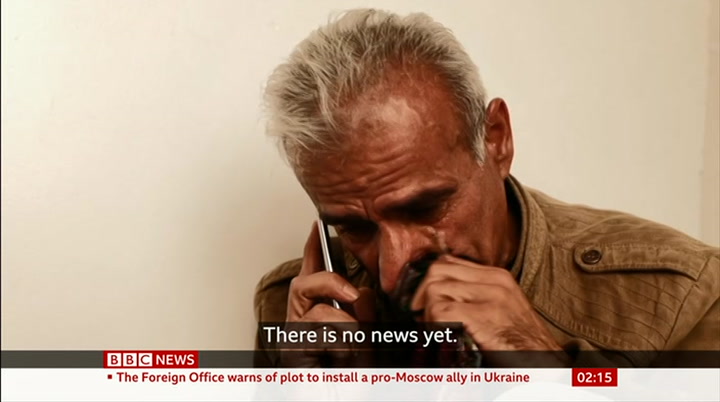 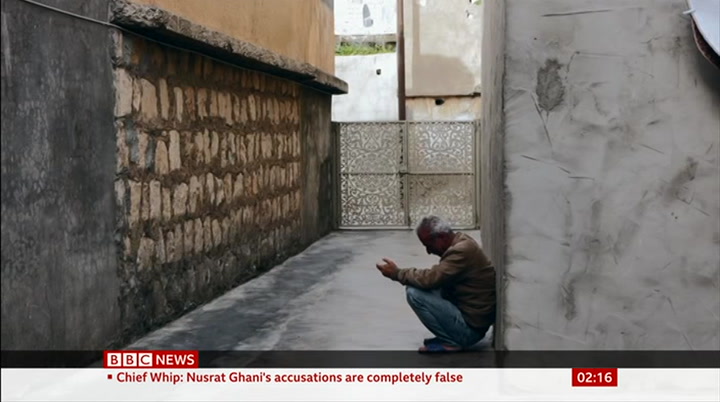 he had even sold the family home to pay for theirjourney.
2:18 am 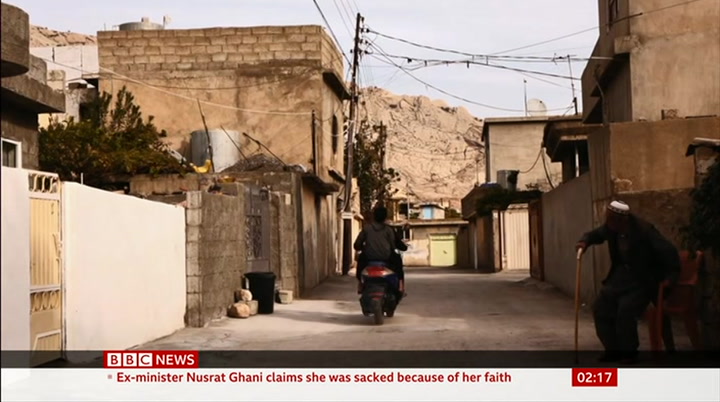 this 19—year—old is also missing. his friend and nephew is desperate for news. he had paid people smugglers
2:19 am 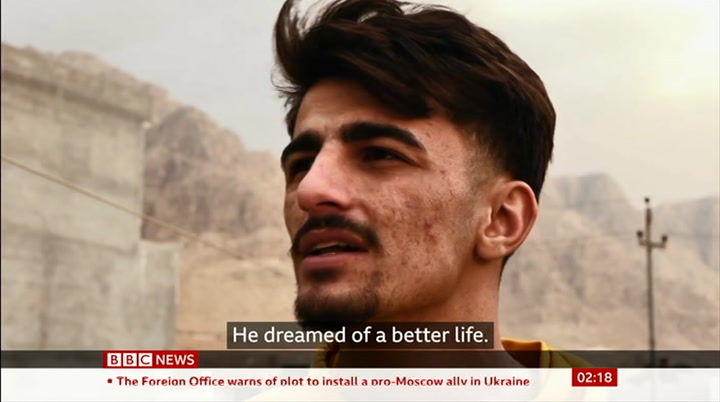 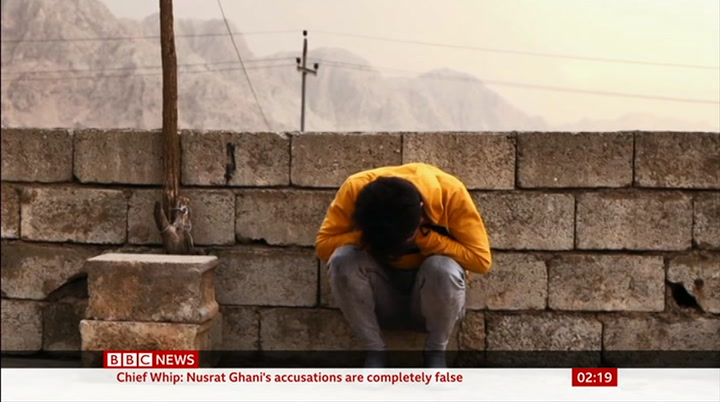 in france, the bodies are still being held in a morgue. dna tests are under way, but the process is painfully slow. in the agonising wait for news, the families clung on to whatever hope they can.
2:21 am 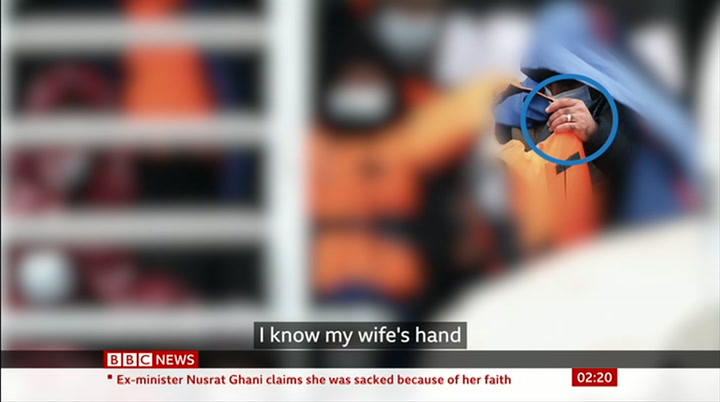 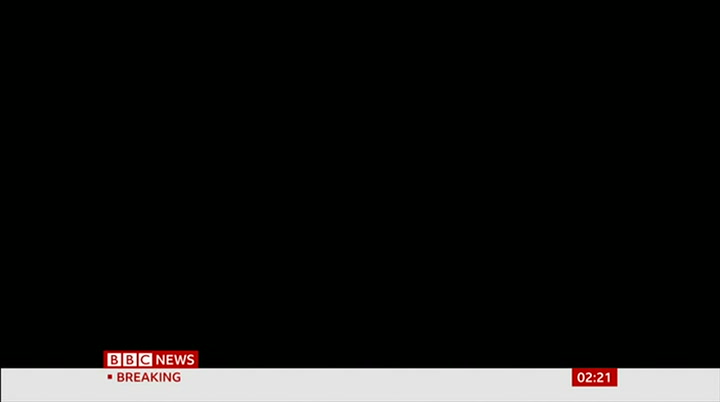 it takes almost a month before the majority of bodies are identified. 20 bodies are flown back to iraqi kurdistan. tired families called into the airport at 3am. 0fficials officials are read out names. all four names called out.
2:23 am 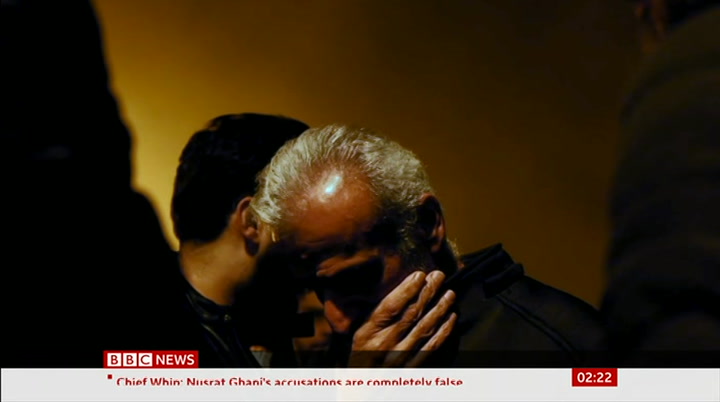 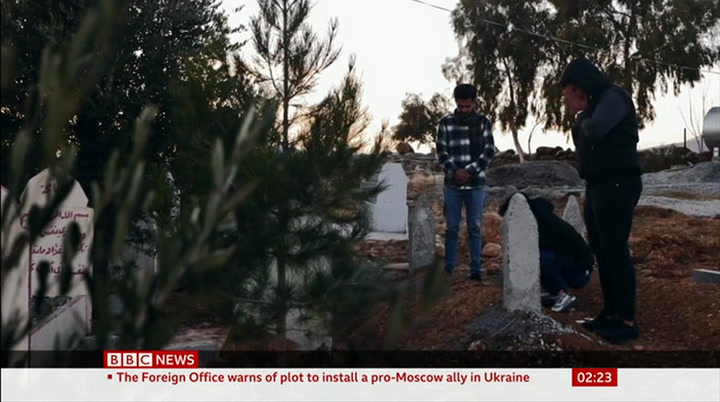 his graveside. he was one of over 40,000 people who left iraqi kurdistan for europe last year. like him, many tried official ways first, before paying people smugglers to get them in. and like the 19—year—old, most are young people who can't find work at home or trying to find family already in europe.
2:25 am 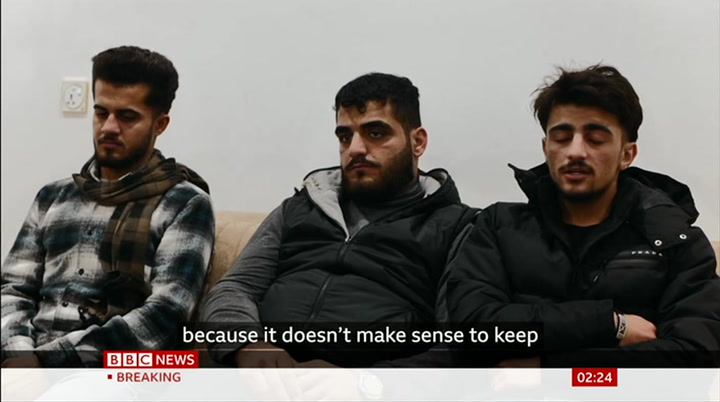 the family make their final journey home.
2:26 am 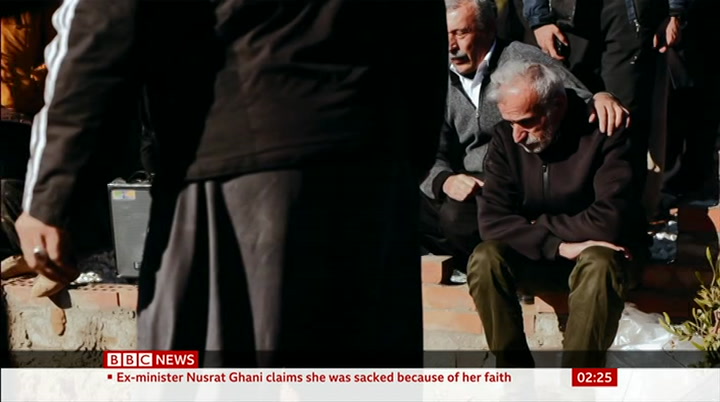 crossings of the english channel have tripled in 2021. this is the story of one boat, 30 lives, and hundreds of people left grieving. but every day, more take the same risk.
2:27 am 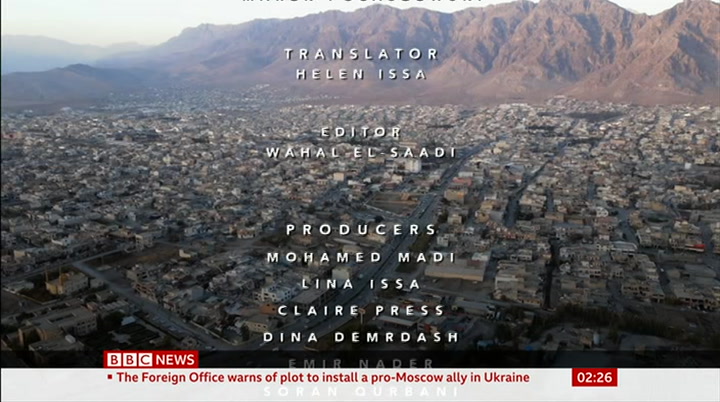 the normal pattern of january temperatures was turned upside down on saturday — 12 degrees in northern scotland, four in southern england. a little bit of sunshine across parts of north—east england, most places had another cloudy day, and will again for part two of the weekend. despite the cloud, a lot of dry weather around, high pressure close by, exerting its settling influence on our weather. underneath the high pressure and around it, all of this cloud coming in. weather front approaching northern scotland, and as it does so, it will strengthen the wind here, which does mean a mild start after a mild day, but a hint of blue through parts of wales and england, lighter winds and a chance of frost with any clear spells. could be some mist and fog
2:28 am 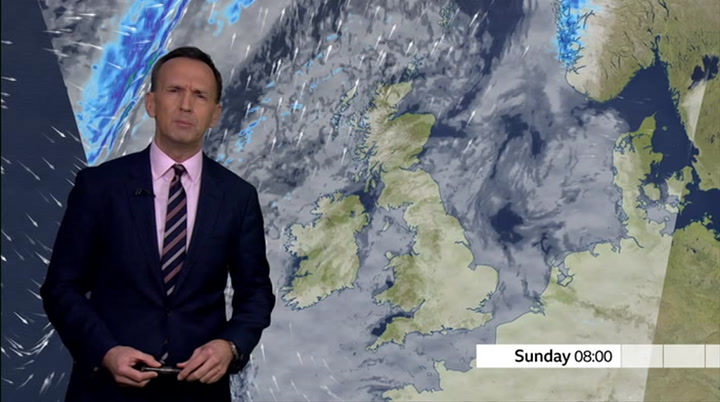 patches developing that will be more reluctant to clear on sunday morning than they were on saturday. again a lot of cloud around, a few sunny spells, north—east scotland, parts of wales, south—east england, eastern counties of northern ireland most favoured, and elsewhere maybe a few brighter breaks. a breezier day in northern england and northern ireland, especially scotland into the north—west, gales developing in the western isles. another mild day here, temperatures not as high as they have been. probably the lower temperatures around 4—5 degrees, low cloud hangs around all day through parts of central and southern england. 0vernight and into monday, rain turning heavier as that weather front moves into northern scotland where the wind will be easing. dry elsewhere, again a lot of cloud around, with any breaks in the cloud through wales and england, again a touch of frost possible, perhaps a few mist and fog patches. outbreaks of rain, slowly further south into western scotland and northern ireland as we go into monday. barely any rain to register in northern ireland.
2:29 am 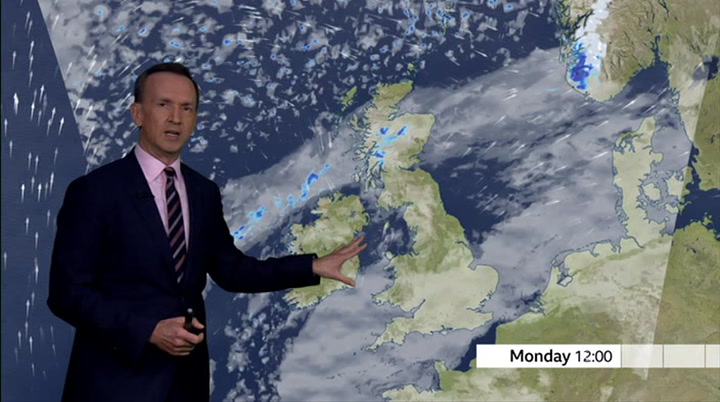 ahead of that there may be a few sunny spells around, parts of northern england and north wales and the midlands, south of that a good deal of cloud, temperatures around 6—9 celsius. by monday evening and night, perhaps a little patchy rain reaching towards northern england. tuesday looking mainly dry, rain moving in scotland and northern ireland on wednesday, sweeping south on wednesday night, weakening as it does so. what that weather front does do is sweep away a lot of the cloud that surrounds at the moment. not much rain moving south, but brighter skies following that system across much of the uk. a bit of breeze on thursday. this is bbc news. the headlines: britain is accusing russia of planning to install a pro—kremlin leader in ukraine, as fears of an invasion grow. the foreign office in london says a former ukrainian mp is being considered
2:30 am 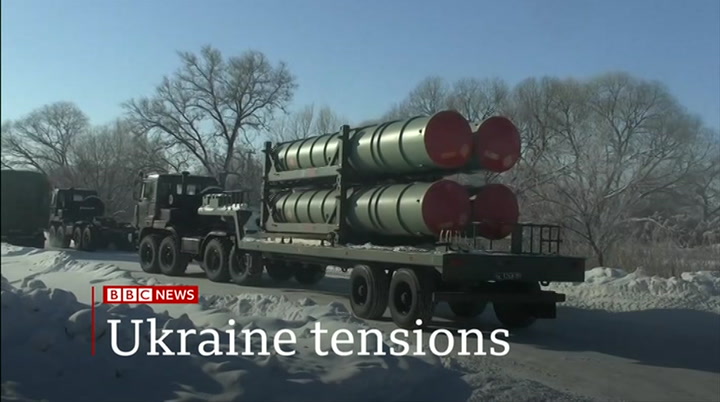 as a potential candidate — along with four others who it says have links to russian intelligence services. islamic state fighters have continued one of their biggest attacks in syria since the group's self—declared caliphate was defeated nearly three years ago. a british—based monitoring group said more than 75 people — most of them jihadists — had been killed in three days of fighting with kurdish—led forces in the northern city of hasakeh. now, on bbc news, it's time for dateline london.
left
right
Borrow Program
tv

In November 2021, 27 of the 30 people onboard a boat trying to get to the UK from France died when the vessel sank. This programme pieces together what happened.