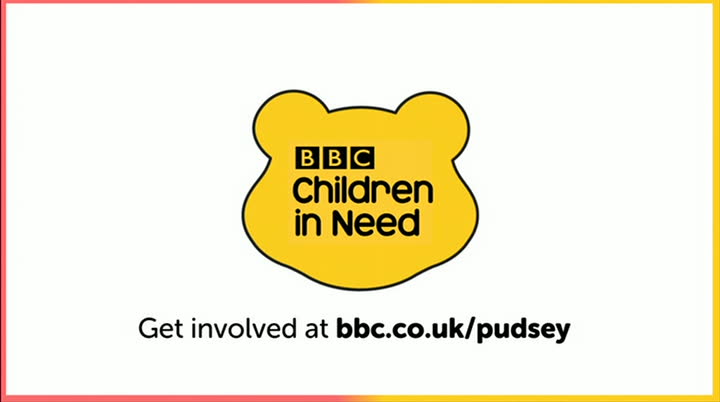 this is bbc news with the latest business headlines for viewers in the uk and around the world. the ghost of inflation is looming large over world economies as prices continue to surge. are interest rate rises to follow? it's a great catch! the success of squid game boosts the streaming giant netflix with profits and subscriber numbers up. and the book is not dead. in fact, the pandemic has meant an upswing in book sales. we go to the frankfurt book fair to find out more.
5:31 am

today we will take an in depth look at inflation as prices head higher worldwide, fuelled by surging energy prices and a major supply chain crisis. in the us the consumer goods giant procter & gamble says it will have to pass on the costs to consumers with prices going up on a range of household goods. michelle fleury has more from new york. the maker of detergent and toothpaste said it would raise prices are going to help it absorb the increase in raw materials and shipping costs it the move by procter & gamble comes as some measures of inflation are already stuck at 30 year highs. the ceo hurled reporters that they would hike prices on a range of beauty and grooming problem dogs including razors and toothbrushes. and thatis razors and toothbrushes. and that is after warning this spring that it would be forced
5:32 am 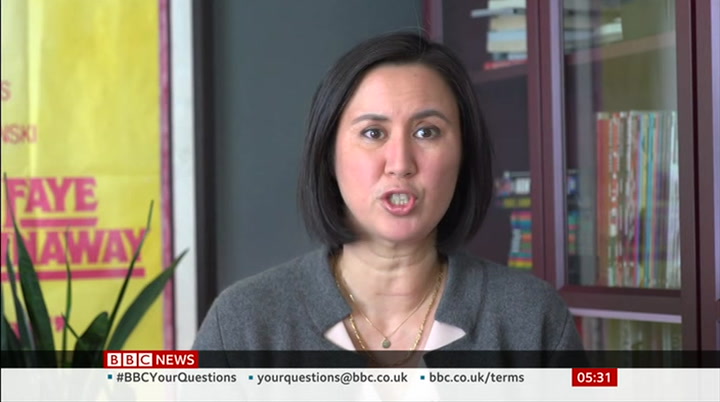 to raise prices on its paper—based product. p&g now expects to sell out $2.1 billion this year on shipping and raw materials after costs rose faster than the $1.9 billion it forecast back in july. with us manufacturers grappling with labour shortages, higher raw material and shipping cost there is still no end in sight for rising prices. the cost of living is beginning to pinch across the uk and europe as well. here in the uk we will get the lastest inflation numbers for september in a few hours�* time. the bank of england has already warned rising prices could cause a sell off in the financial markets with severe consequences for the economy. governor andrew bailey recently warned it "will have to act", suggesting that uk interest rates may soon rise from the historic low of 0.1%. silvia dall�*angelo is senior economist at the international business of federated hermes. good to have you on the
5:33 am 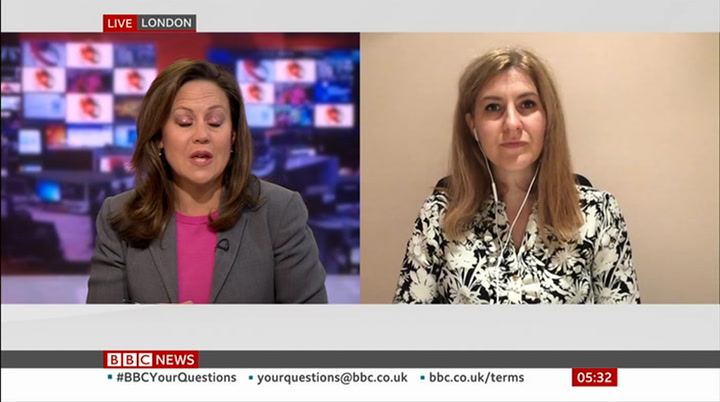 programme again. in terms of the inflation numbers today for the inflation numbers today for the uk, what do you expect? today's figures reflect back to september so before the announced hikes kicked in. so inflation will probably remain elevated in september but also little change compared to other matters. it will also be important to monitor and make the breakdown of inflation. price gains are concentrated in sectors most affected by the pandemic, constraints and higher commodity prices. that should be the case again in september. of course, the size of more pervasive inflation should be a concern. looking ahead, the bank of england says that it expects inflation to rise to 4% this winter. zs rise to 496 this winter. 2% above rise to 496 this winter. 296 above its _
5:34 am 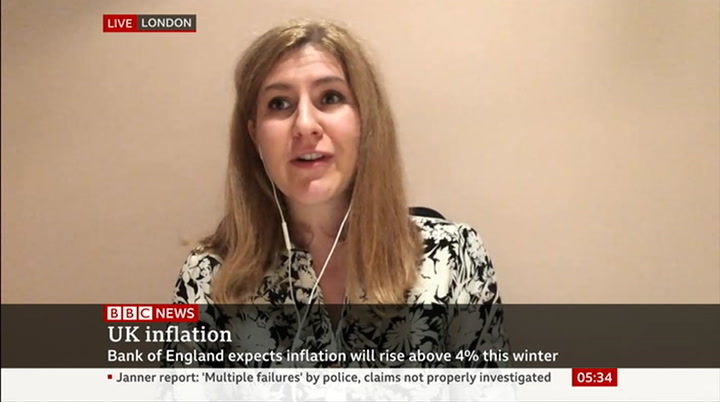 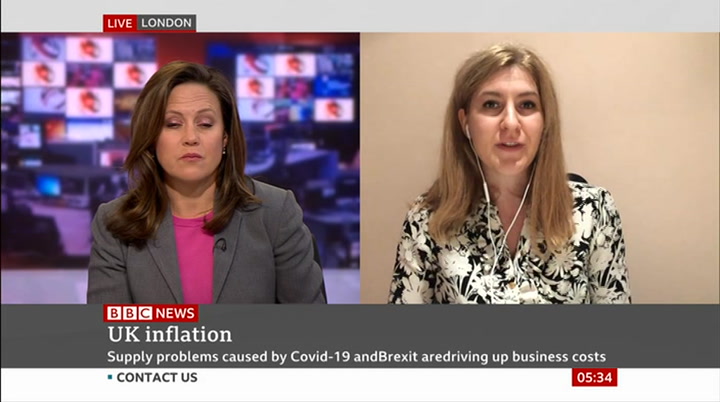 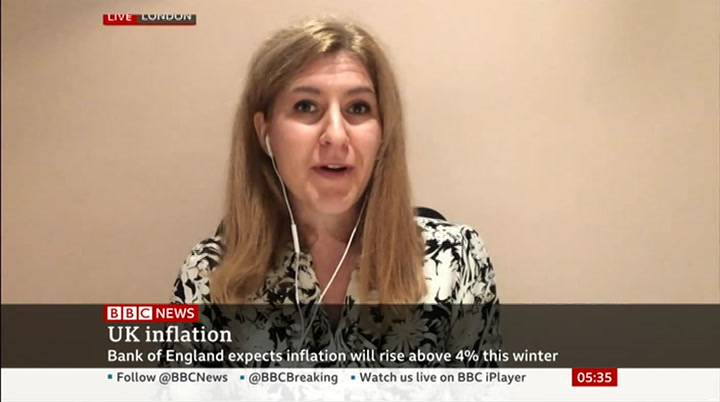 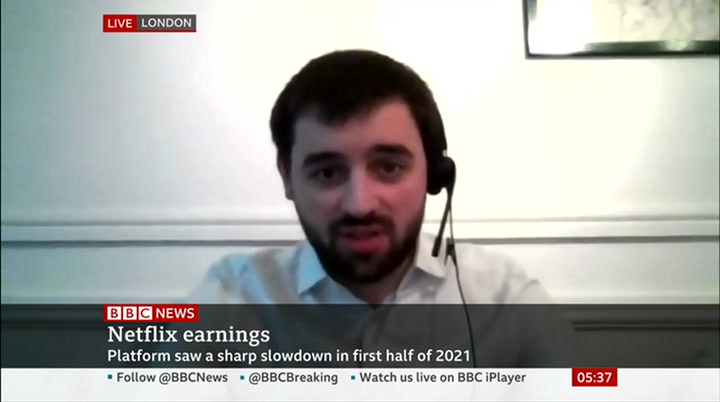 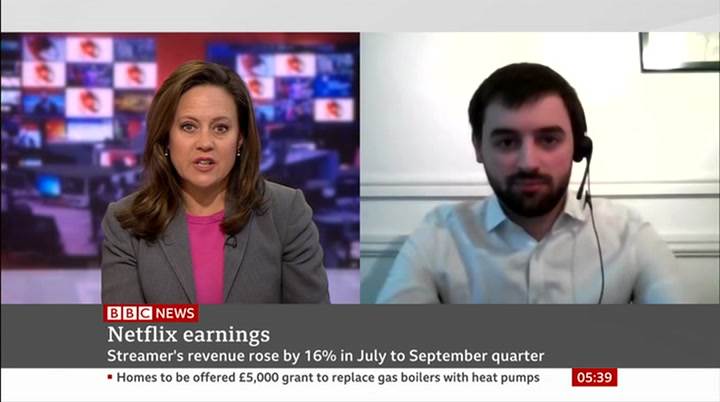 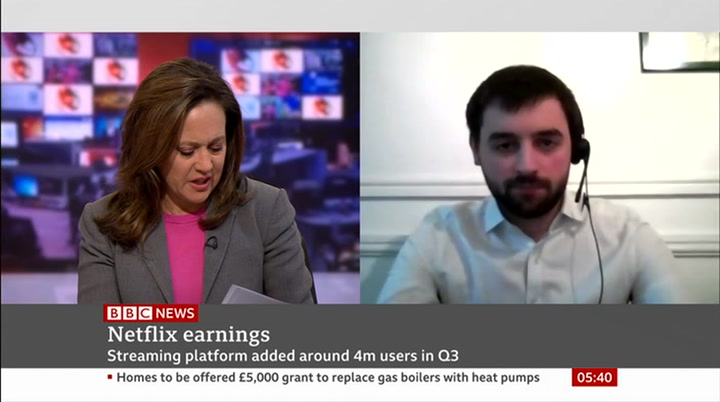 chinese developer sinic holdings has defaulted on $246 million of bonds. it comes just days before a critical deadline for evergrande to pay some of its offshore bondholders. there's fear of the potential spillover effect on the chinese economy caused by a collapse of the property giant. the uk's financial conduct authority has fined credit suisse over £147 million for serious financial crime due diligence failings related to loans worth over us$1.3 billion, which the bank arranged for the republic of mozambique. these loans and a bond exchange were tainted by corruption. credit suisse has also agreed with the fca to forgive us$200 million of debt owed by the republic of mozambique as a result of these tainted loans. a new initiative to force the global shipping industry has been announced. spearheaded by the aspen
5:43 am 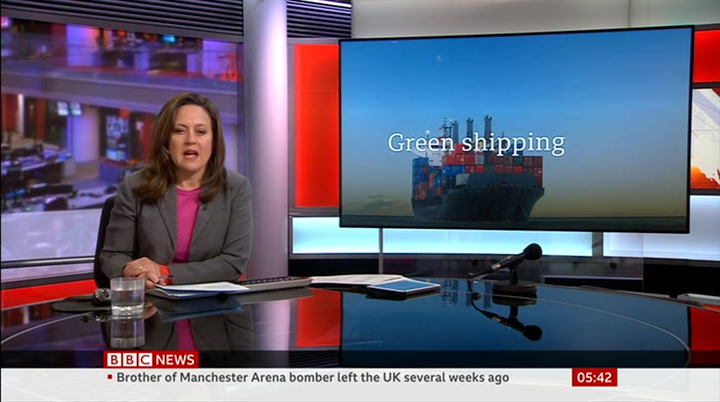 institute, it is asking participating companies to switch all of their ocean freight to vessels powered by zero—carbon fuels by 2040. it's already got some big names to sign up, including amazon, unilever and ikea. samira hussain reports from new york. this port as the entire country of germany. it is why the swedish furniture maker ikea has said it will encourage the industry to clean up its environmental act with ocean shipping accounting for 40% of all of ikea's transportation, the company plans to use its influence to make maritime shipping less polluting. irate
5:44 am 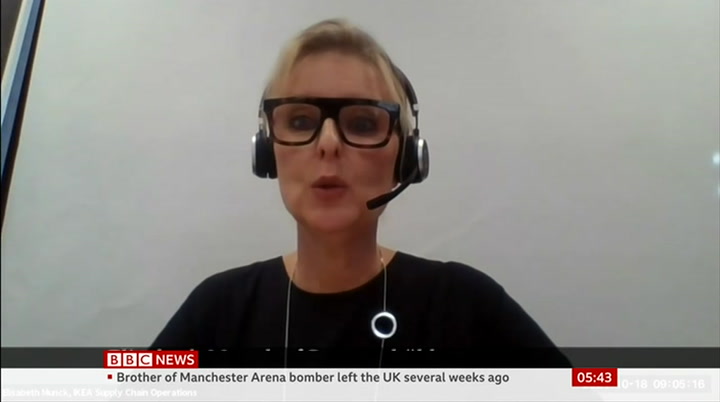 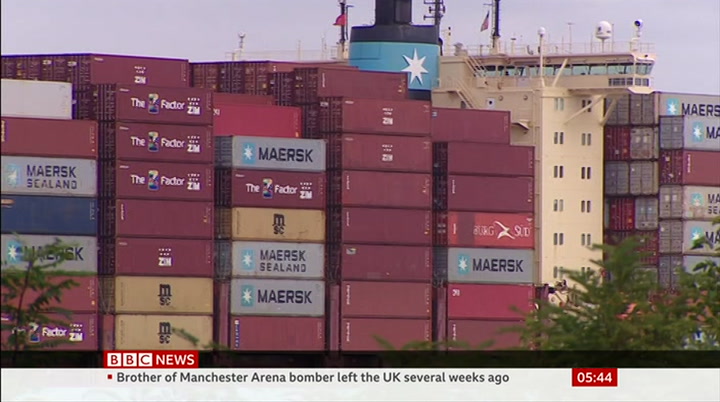 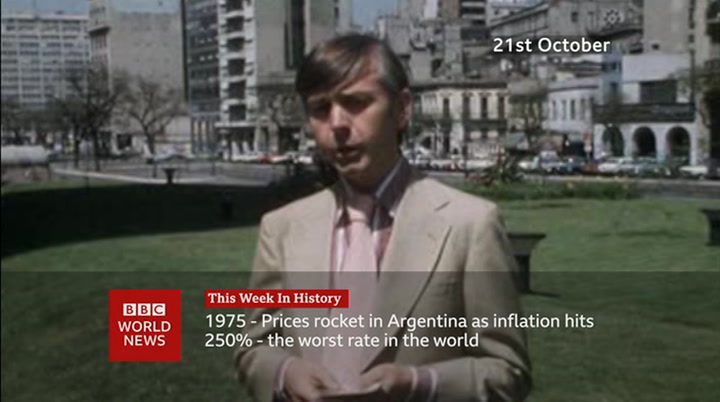 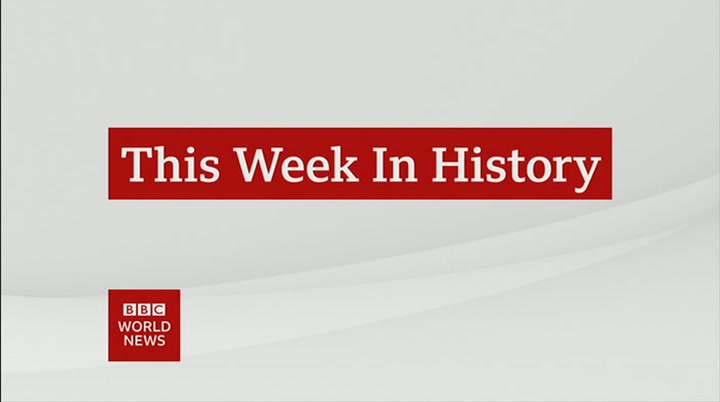 one last time. this is bbc world news, the latest headlines. a report recommending that steve bannon, a key ally of donald trump, be held in contempt, is approved by us lawmakers investigating january's riot on capitol hill. a leaked brazilian parliamentary report suggests president bolsonaro ought to be charged with murder for mishandling his government's response to the coronavirus pandemic. the chancellor of the exchequer — or uk finance minister — rishi sunak will slash a tax surcharge on bank profits by more than 60 per cent in next week's budget. he hopes this will help the city of london compete in the wake of brexit.allegedly the surcharge will be cut from 8 percent to 3, from april 2023, although the treasary has
5:48 am 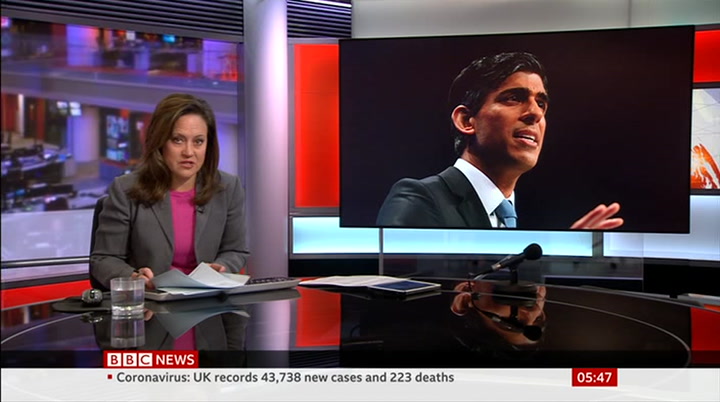 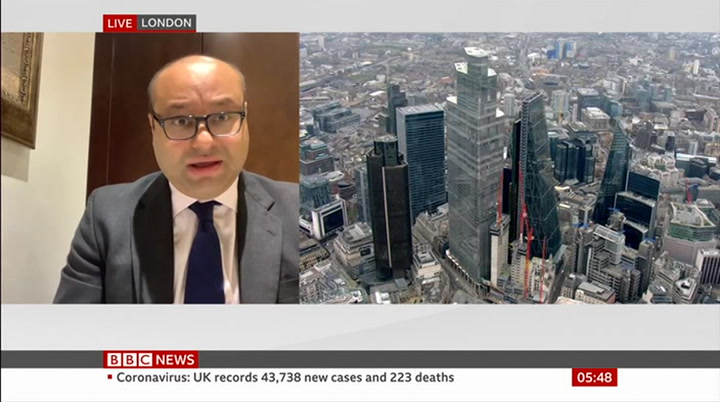 25%, and uncheck if position. so i think what the chancellor is trying to do is to make sure we do not end up killing the goose that lays the golden eggs and that is not forget that the financing for the uk that goose producing about 10% of the overall that is an undeniable
5:50 am

with the global peers and not inadvertently face challenges that competitors abroad do not face. ., ., that competitors abroad do not face. . ~ i. ., that competitors abroad do not face. . ~ ., , ., face. thank you for being on the programme. _ the international publishing industry is gathering for the world's largest book fair in frankfurt which opens today. the industry has been buoyed by the pandemic boost to reading which has seen sales soar in the uk where sales of physical books rose strongly. some 202 million paperbacks and hardbacks were sold in the uk in 2020, according to industry figures from nielsen bookscan. it was a similar picture in the us, where sales hit 751 million last year, the highest figure since 2009. but there are fears books could be the latest commodity to join the supply chain crisis as a global paper shortage could see retailers running out of stock. so what's the next chapter looking like for the global publishing industry? joining me now is bodour al qasimi, president, international
5:52 am

publishers association joining us live from frankfurt because you are going to the book fair later. tell us. is there a paper crisis in the offing? hello, everyone, it is lovely to be back at frankfurt and as you know, last year the frankfurt fair was cancelled in its physical format, frankfurt fair was cancelled in its physicalformat, we had to go virtual. so it is really wonderful to be back here in frankfurt and meeting colleagues from around the world. as you know, the frankfurt fair is one of the oldest book fairs and the largest book fairs in the world. it is really an important verbal stage for current debates and discussions about publishing trends but also about social and political trends. as a result there are many experts here, specialists, professionals and global media not to mention the general public who are here to buy books. so in a sense it is great to be back. i consider
5:53 am 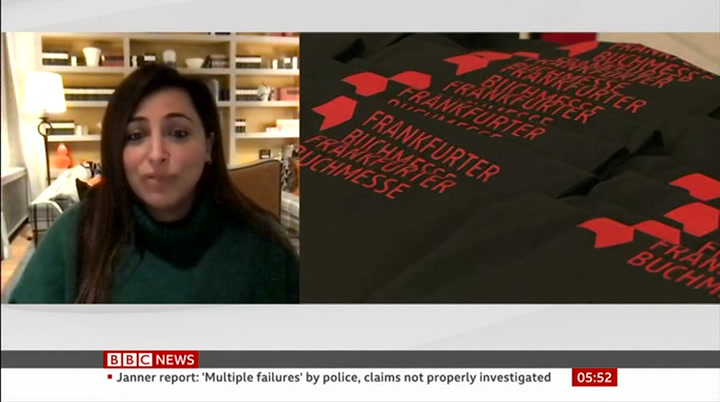 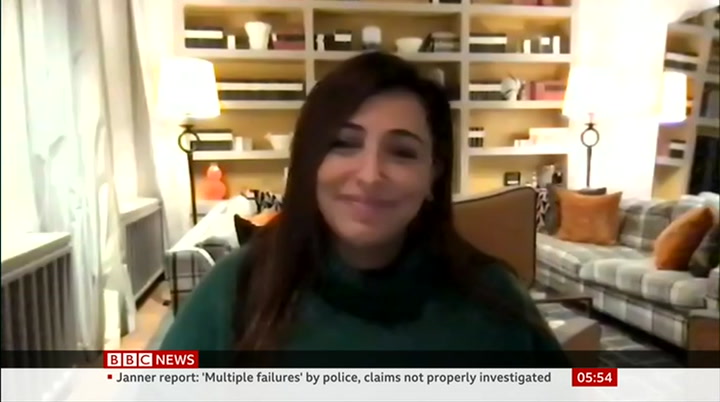 now this is what it looks like early in the morning — there is some rain around, a wet start to the day in east anglia and the southeast, lots of heavy showers approaching cornwall, devon, parts of wales too. in fact, these are heavy, thundershowers — and through the morning and into the afternoon, they could bring gusts of wind, as well, but some sunny spells, so quite a changeable day for england and wales. but for northern ireland and most of scotland, it should be dry and bright — but notice in the northwest highlands here, somewhat weather come the afternoon. so i say mild again, 18 celsius expected in the southeast and east anglia. now into the week, or thursday onwards, it'll turn quite a bit colder — in fact, a reversal in the wind direction is expected wednesday into thursday. in fact, around this area of low pressure, the winds will start to come in from the north. now right now at this moment, the winds are coming in from the south to southwest. on thursday, they're coming in almost from the north — this is arctic air, in fact, some of the showers across scotland could be wintry, the winds will be strong anyway particularly along the north sea coast, touching gailforce. i mean, gusts inland will be around 40mph or so, so it'll feel relatively cold
5:57 am 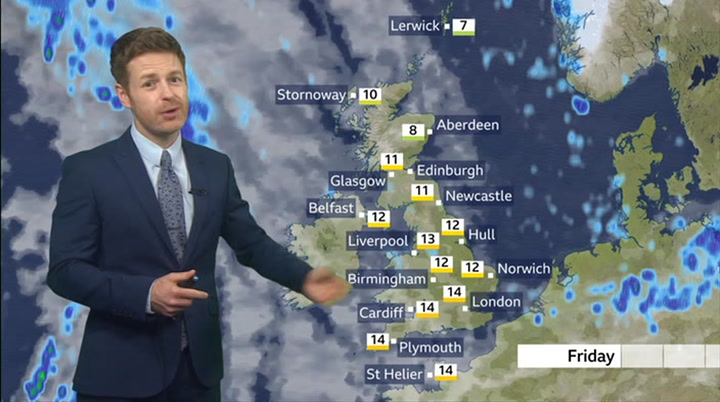 compared to what we've got right now. and these are the temperatures, the high temperatures on thursday —11—13 in the south, single figures in the north, and once again, wintry showers are possible across the mountains of scotland. now thursday night into friday, the wind dies down as the low pressure pulls away, and in fact a high pressure develops across the uk briefly in what we call a ridge of high pressure. there'll be some sunshine around, as well, but it won't go quite so cold on friday because the winds will be light, still only around 13 celsius. bye— bye.
5:58 am 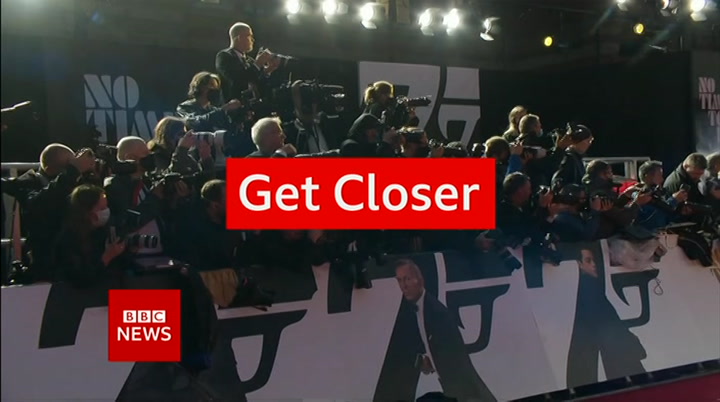 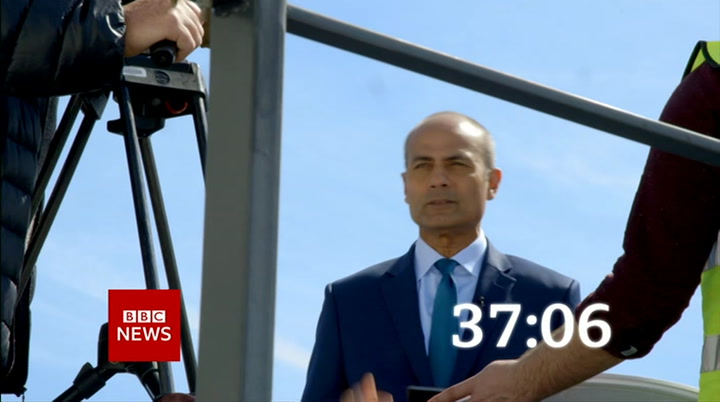 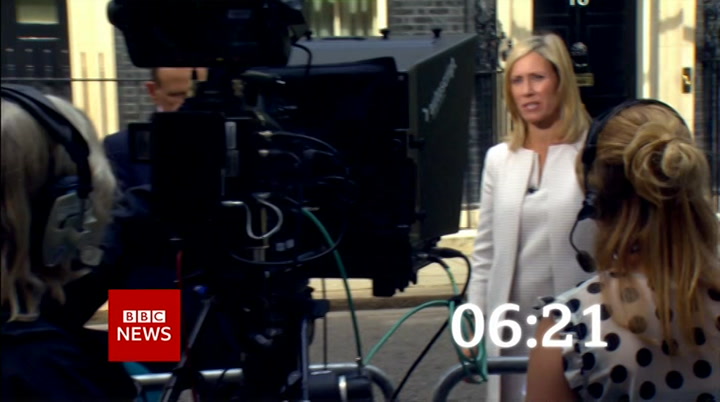 good morning, welcome to breakfast with sally nugent and charlie stayt. 0ur headlines today. health leaders call for the immediate return of covid restrictions like face masks and home working, as they warn the nhs in england is stumbling into a winter crisis. are you feeling the financial pinch? good morning. the latest inflation figures are out in an hour, expected to show prices are rising at a rapid rate. i take a look at the squeeze on family budgets. the terrible cost of living with extreme sickness in pregnancy — thousands of women share their experiences. good morning. in sport, salah shines again and scores again — two more for the liverpool forward to win a champions league
6:01 am