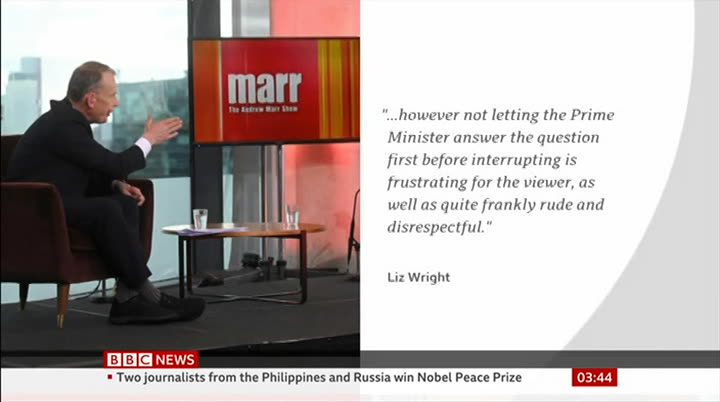 but janet haagensen had a different perspective.... and there was a similar division of opinion over nick robinson's radio 4 interview with misterjohnson on tuesday morning — the prime minister's first on the today programme for over two years. there's no... there's no supply of young people in this country who frankly at the moment are thinking of becoming truck drivers. that is going to change — that is going to change... prime minister, stop talking. we are going to have . questions and answers, not where you merely. talk, if you don't mind. now the question and i want to ask you is about the cost i of living, if you would. giles bedloe contacted us to say...
3:46 am 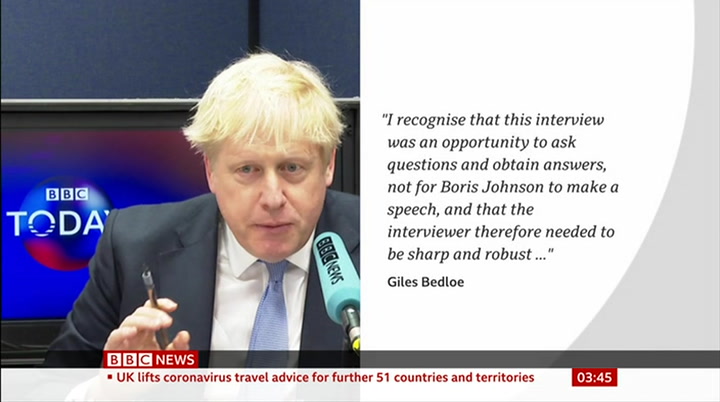 butjean jeeves begged... those interviews were conducted at the conservative party conference — and several other programmes were broadcast from there this week, most of them using the same location at the conference venue in manchester. the set, in each case, was customised with the programme's logo — but also prominent in the wide camera shot on newsnight, for example, were the conservatives�* slogans for the week. "building back better", "getting on with the job", and "delivering on the people's priorities". they could also be seen
3:47 am 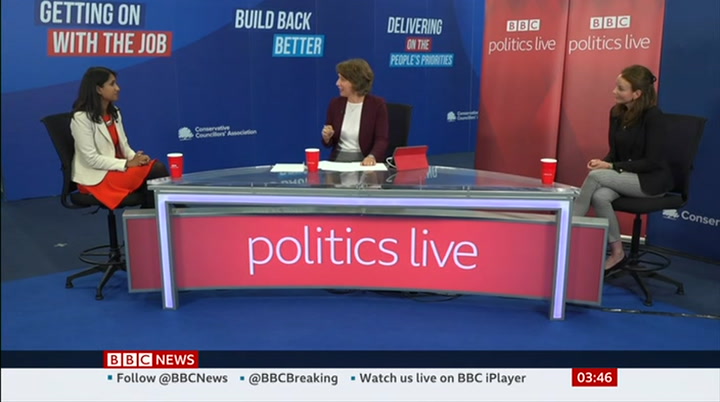 on politics live, prompting neil faragher to ask on monday... the following day, several viewers spotted those same slogans on breakfast, causing jackie baker to email... well, the same issue arose to a lesser extent last week when the bbc set for programmes like politics live at the labour conference included the party's logo and branding — but less prominently than with the conservatives this week. we asked bbc news about this, and they told us...
3:48 am 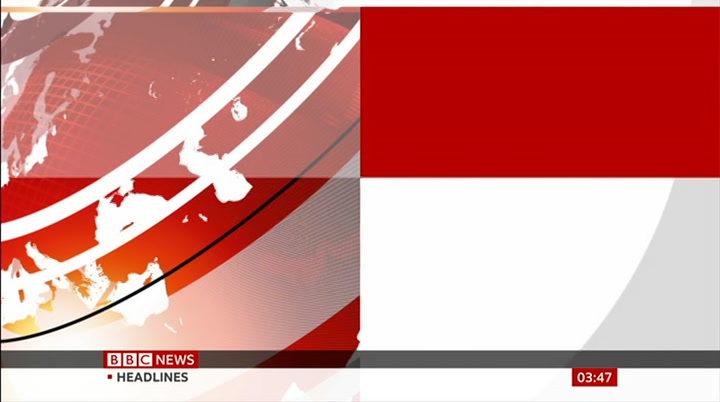 a number of bbc programmes and journalists had a presence at the conservative party conference this week — as they did last week for labour — and in both cases, the major speeches were shown live on the news channel. but overall, there has been a considerable reduction in the bbc�*s conference coverage. in previous years, bbc parliament has broadcast the major parties�* annual gatherings in full, along with highlights of the smaller parties�* conferences. but this time round, those tuning into bbc parliament were offered instead the proceedings of the scottish and welsh parliaments and northern ireland assembly — often repeats from previous debates on previous days, like this debate in the scottish parliament shown this monday — but actually from last thursday. thank you, i ask the scottish government when it will implement part three of the transport scotland act 2018 to allow local authorities to bring forward proposals
3:49 am 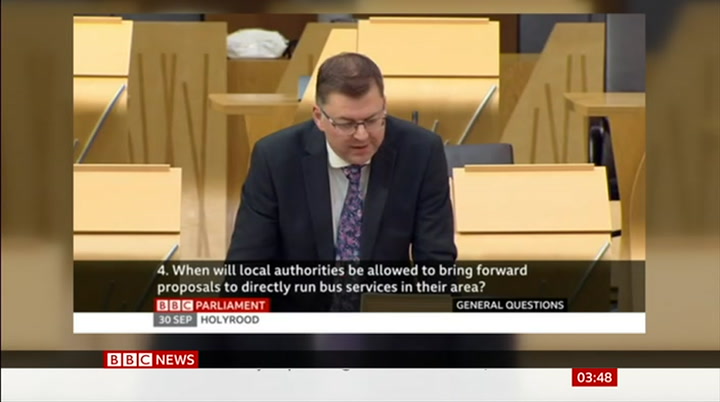 to directly run bus services in their area. as i outlined in my letter to all members injune, to implement part three of the act resumed earlier this year, following a pause necessitated for the pandemic. the reason for this change is money. the bbc has to make substantial savings and, as part of its programme of cuts, rolling coverage of the party conferences has ended for the first time since the 1960s. it's not clear exactly how much money this saves, given that the filming of conferences is happening anyway and shared on a pooled basis between the bbc, itn, and sky. and the decision went down badly with mps when it emerged in the summer. conservative mp damian collins, for example, said at the time... now, viewers have been voicing their objections, too. writing last week, graeme pearce thought it was...
3:50 am 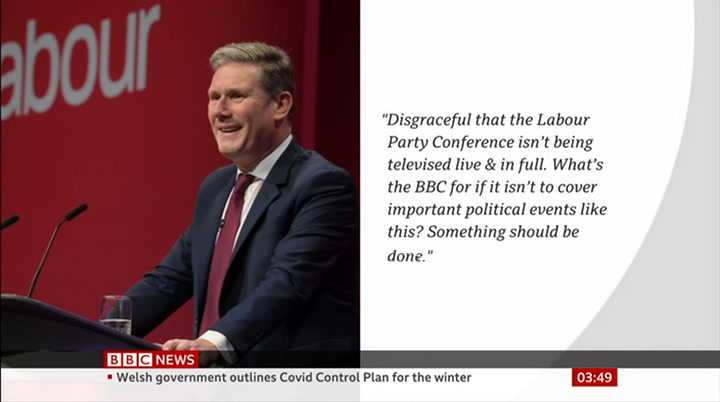 british alaba made a similar point this week... and chairman moet reminisced... well, we really wanted to discuss this with an editor or executive from bbc news, but no—one was available to talk to us. instead, we were given the statement...
3:51 am 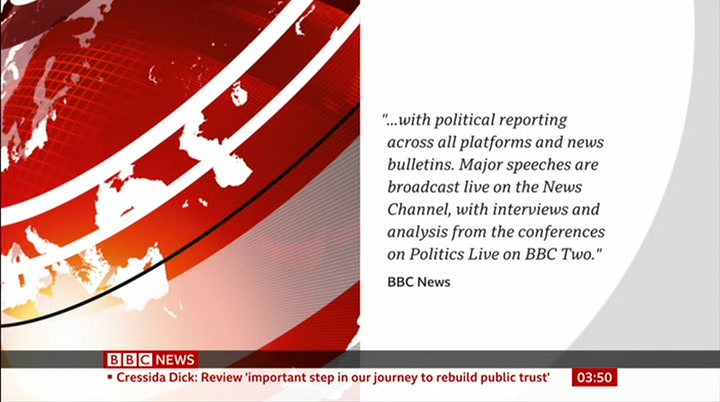 do let us know your thoughts on anything we're covering in this week's programme, or on any aspect of bbc news. details of how to contact us at the end of the programme. now for some of your other concerns this week. it's almost three weeks since the volcano started erupting on the spanish island of la palma — and this week, molten lava was continuing to pour out of it, with eruptions sending gas and ash almost four miles into the air. hundreds of properties have been destroyed and thousands of people have fled their homes. covering the story for the bbc has been danjohnson, who posted this tweet a couple weeks ago, looking forward to "a (hopefully) spectacular live update on the bbc news at 10pm." at the time, malcolm tattum
3:52 am 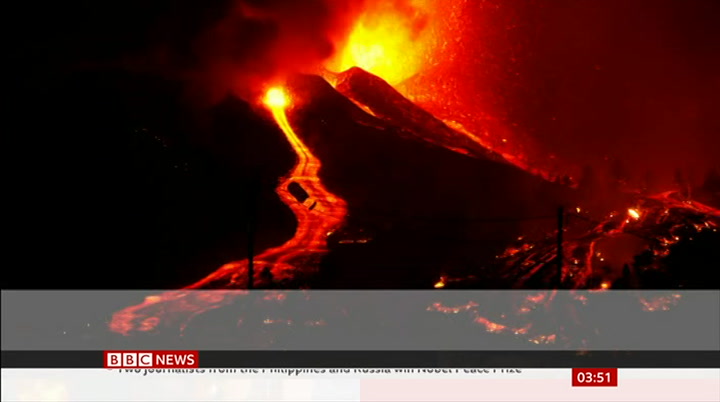 sent us this response... dan johnson used that word "spectacular" in another tweet on monday — and again, there was a negative reaction, with yambag yahtzee writing... well, we put those objections to bbc news, and they told us... there was another environment story close to home on tuesday's news at 6pm, as described by sophie raworth. there has been flash flooding in many parts of the uk after torrential rain overnight. in some places, it was up to a month's worth of rain which fell in just hours.
3:53 am 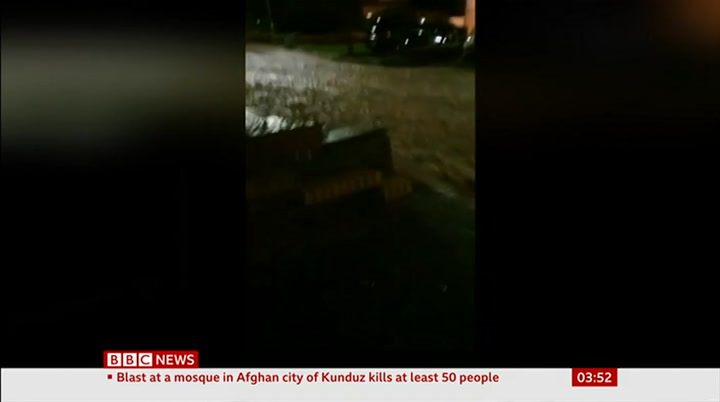 there was flash flooding in pontypridd. the fire and rescue service in south, mid, and west wales said they've been inundated with calls for help. victoria wytcherley was watching that and was not impressed. she writes... also feeling hard done by this week were a number of current and former royal air force personnel who got in touch us after watching reports like this on monday's news at 6pm. this is the army helping out in the distribution of british petrol.
3:54 am 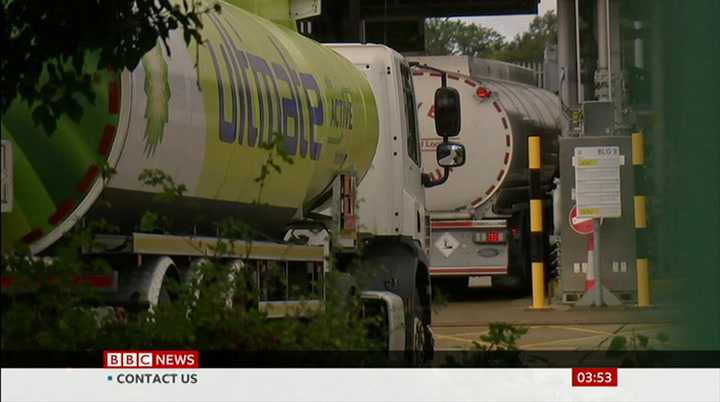 even as there are wider post—lockdown supply chain challenges across the globe, these scenes are unique to britain. for the government, alongside some new visas for drivers, this is an example of what the chancellor referred to as "whatever it takes" to deal with problems in getting goods to market normally. the line at the start of the clip, "this is the army," was changed when the report went out at 10pm to, "this is the military," as the pictures actually showed members of the raf — but not before this call to our telephone line. i wonder whether you could kindly stop reporting thaat the army is delivering the fuel? you'll find that it's all three services, predominantly the raf because they have a supply of tanker drivers who normally fuel aircraft. i am getting rather upset at the fact that the army are getting all the credit. thank you very much. goodbye. thank you for all your comments this week. if you want to share your about what you see or hear on bbc news, on tv, radio, online and social media,
3:55 am 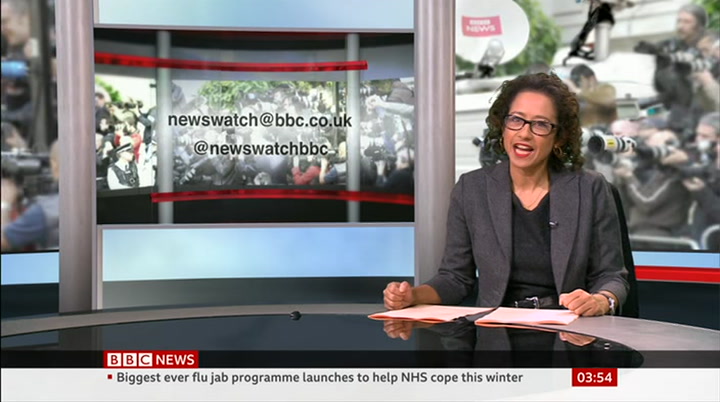 email at newswatch@bbc.co.uk, or you can find us on twitter at @newswatchbbc. you can call us at... do have a look at our website for previous discussions. that's all from us, we'll be back to hear your thoughts about bbc news coverage again next week. goodbye. hello again. friday was another very mild day across the whole of the uk, even those places where it stayed cloudy throughout. however, there were some places where the sunshine popped out. northern england was one of the sunnier places. it was also one of the warmest places in the uk. the day's highest temperature — ryhill in west yorkshire, 22 degrees celsius. that's eight degrees celsius higher than the october average, so it was very, very warm indeed. now looking at this satellite picture, you can see those areas that had the clearest skies. we've seen some clearing
3:56 am 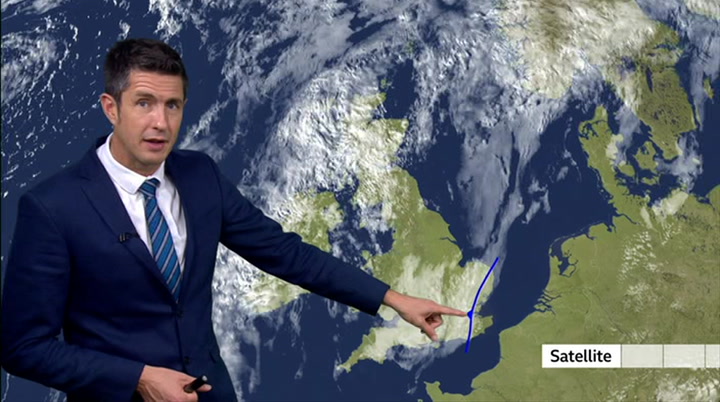 skies across east anglia and south—east england behind this cold front because what we're seeing at the moment is cooler and fresher air starting to spread in from the near continent. and that's significant because as humidity levels drop, the clouds will increasingly break up, and that's happening right now across east anglia and the south—east. meanwhile, for northern england, wales, south—west england, southern and eastern scotland, still a lot of low cloud around, a few spots of drizzle, bit of mist and fog for some. and then there's this band of rain that's really pepping up at the moment. some heavy rain for northern ireland, western scotland bringing a risk of some localised surface water flooding. now, the rain will tend to turn a little lighter and patchier through saturday, and the weather front will finally, after a couple of days, start to move away into parts of the north of england and the north of wales. midlands, east anglia, southern counties of england should be much more in the way of sunny spells compared with recent days, and temperature still pretty high for october, 18—19 degrees. the second half of the weekend sees that cold front across northern areas pushing southwards. it's a weakening feature,
3:57 am 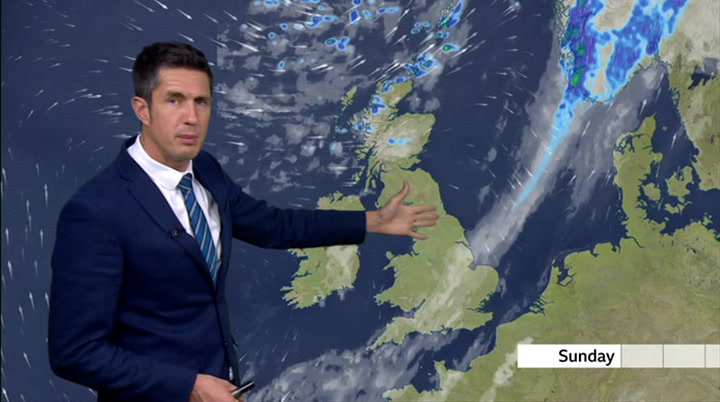 so there won't be much rain left on it by the time it reaches east anglia and south—east england, but there could be an odd patch. for most of the uk on sunday, it's another dry day with plenty of sunshine around. however, there will be a fair few blustery showers across the far north and west of scotland. temperatures easing somewhat across northern areas, but still very warm for the south of england and wales. monday, well, it looks like we'll see another band of rain push its way into scotland, turning increasingly heavy, some fairly gusty winds with this as well. temperatures will be coming down further across northern scotland, just around 11—12 degrees for some here. but for northern ireland, england and wales, still above average, but those temperatures are getting a little bit closer to the seasonal norms. 14 degrees, for example, is about right in london. and eventually we should get down there on tuesday. a lot of dry weather for many into next week.
3:58 am 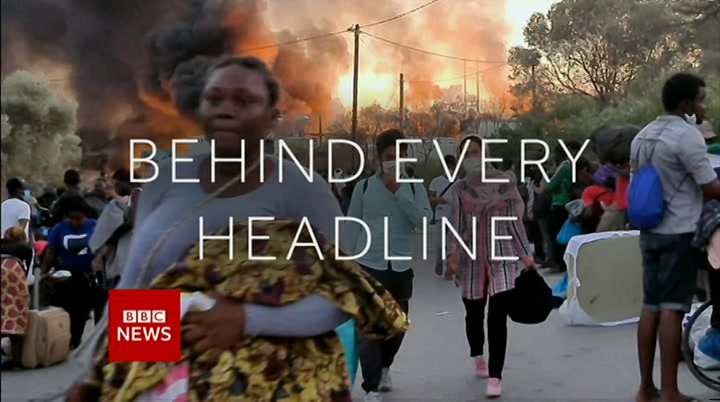 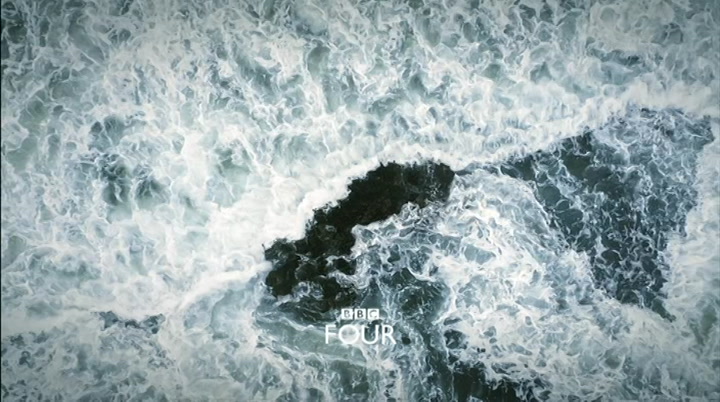 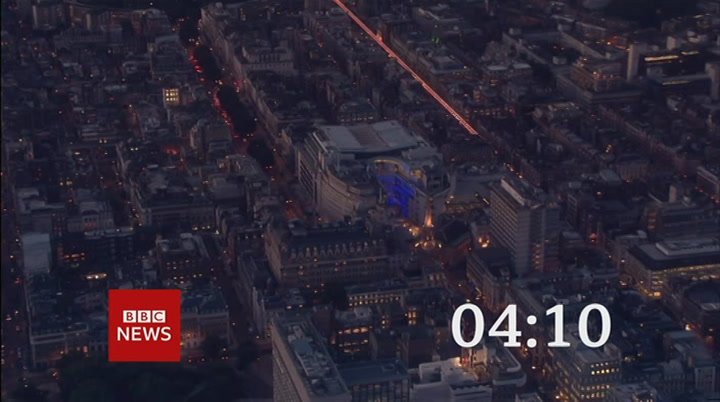 welcome to bbc news. our top stories: the united states and the taliban are due to hold their first face—to—face talks since the us withdrawal from afghanistan. cracking down on safe havens — after months of negotiations, more than 130 nations agreed to radically change the international tax system. president biden urges american companies to fire workers who have not been vaccinated against coronavirus, but there is a lot of opposition. the nobel peace prize is awarded to two journalists for their efforts to safeguard freedom of expression — maria ressa of the philippines and russia's dmitry muratov. trust is what holds us together to be able to solve the complex problems our world is facing today.
left
right
Borrow Program
tv

Why has the BBC stopped broadcasting party political conferences in full? And was the prime minister interrupted too much in interviews this week?