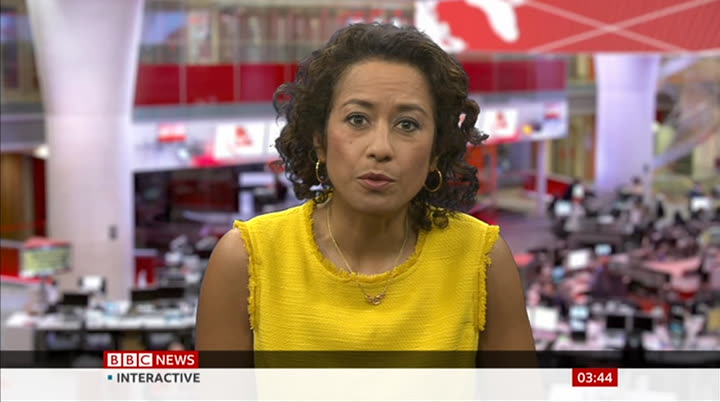 risks are others who think the risks are exaggerated and that we should learn to live with covid with as few restrictions as possible. that split became more stark as a prime minister plans to sweep away most of the limits on our behaviour on the 19th ofjuly. new cases rose to 30,000 in a single date. when cases go up, countries have locked down. not this time. ministers are taking the opposite approach in england, confident vaccines will protect more of us from the worst of this third way. andrew james thought fears were unfounded e—mailing us to say cases are now being reported as the highest since january... another asked...
3:46 am 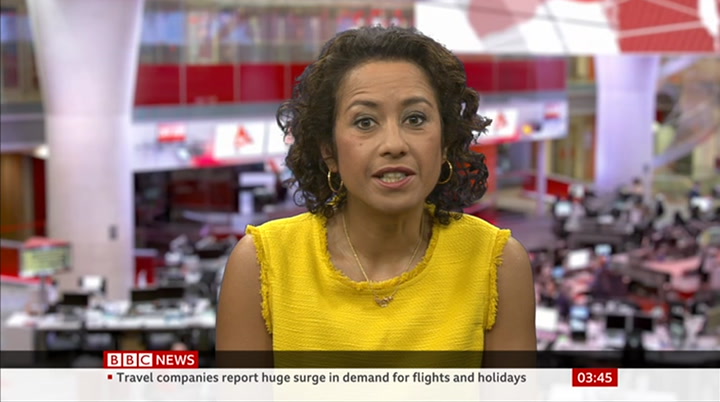 under the other side of the fence, one right... —— writes. 0ther viewers have contacted us about the practice of announcing on news bulletins the daily numbers of vaccinations, new cases, hospitalisations and deaths. but we have also had compliments including this... we are nowjoined by hugh pym,
3:47 am 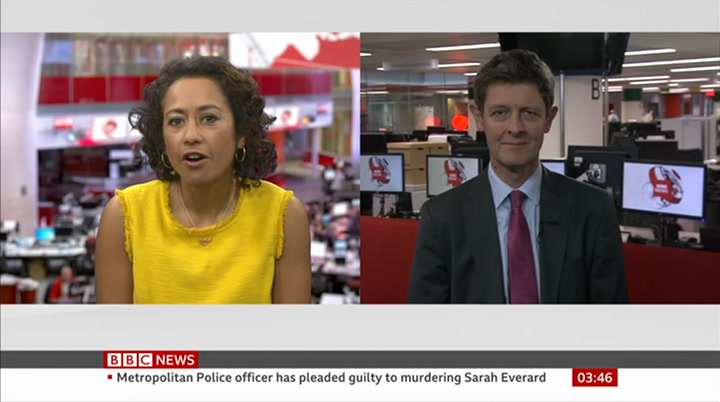 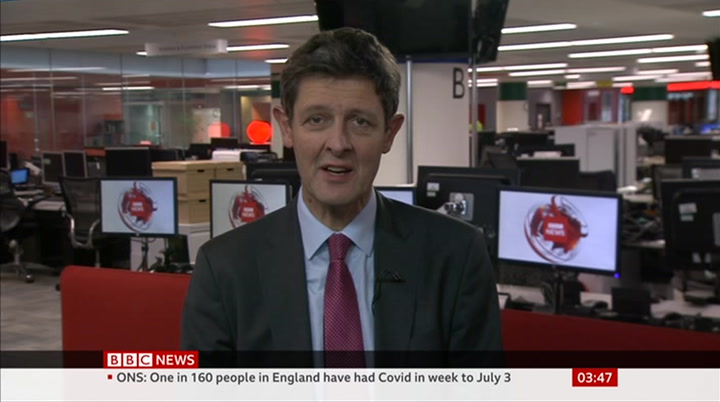 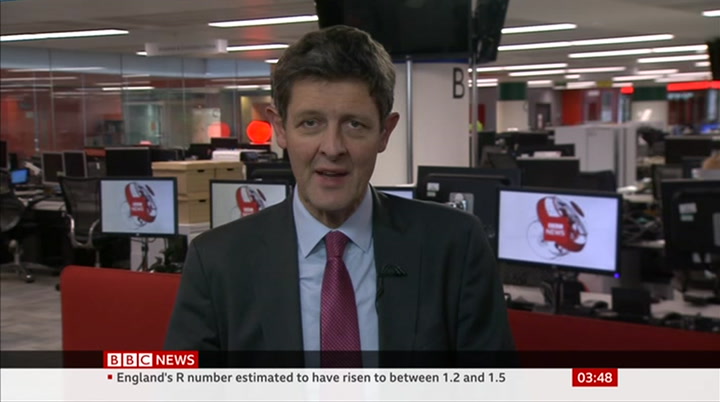 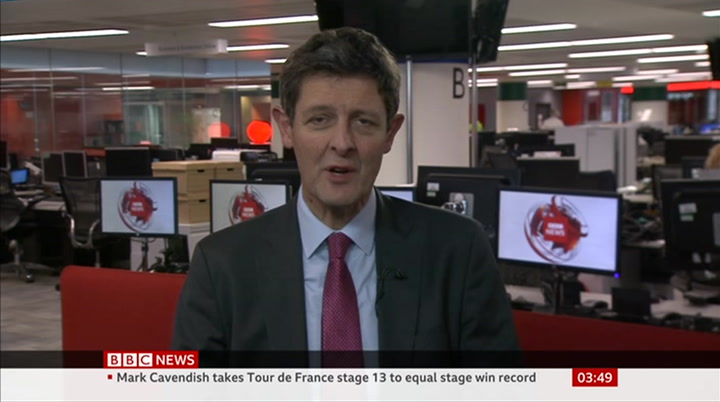 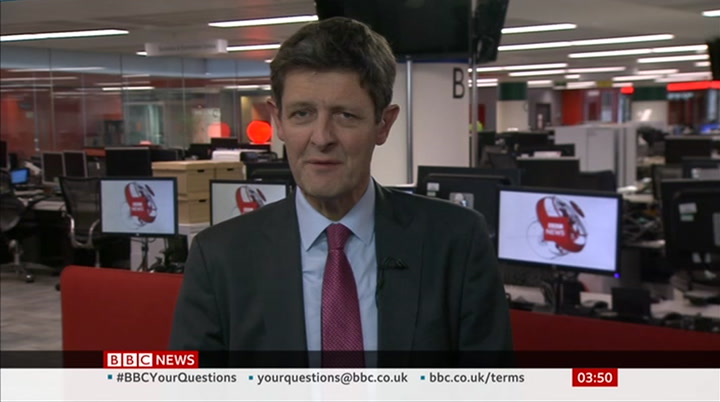 others think if you start removing some of that data, not doing a service to the audience. so some nights it varies a little bit but generally speaking we do report the daily reported death numbers and the cases and the vaccination numbers. i think we're trying to be as consistent as possible so as not to leave people feeling we are holding anything back. we know that _ are holding anything back. we know that has been a huge impact on the treatment of other patients with illnesses such as cancer, the issue about hip replacement. should the bbc focusing on people whose treatments have been enacted? every month, the nhs in england publishers statistics which makes clear the extent of the backlog. northern ireland reported a different times. trying to reflect that care. it
3:52 am 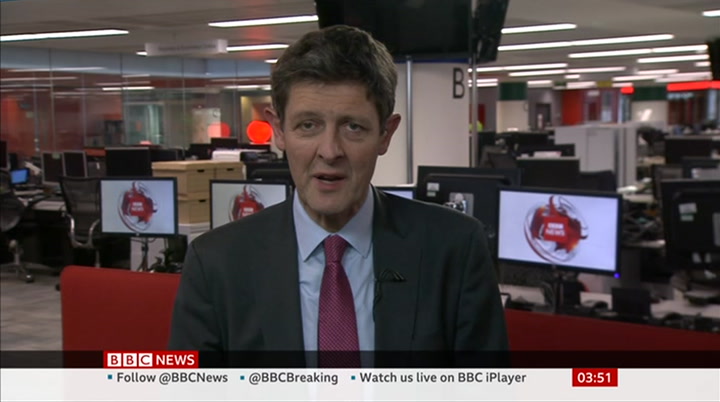 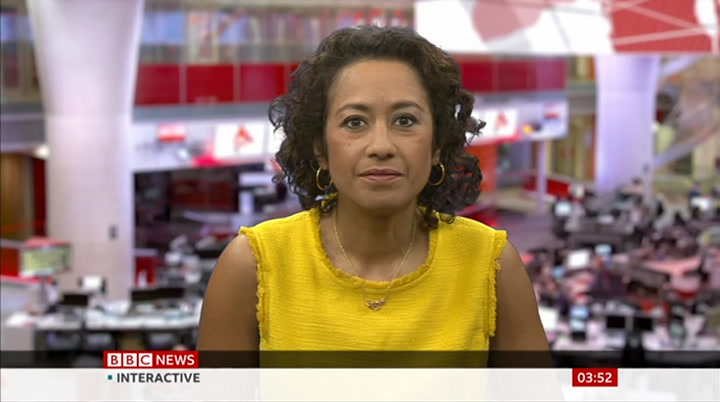 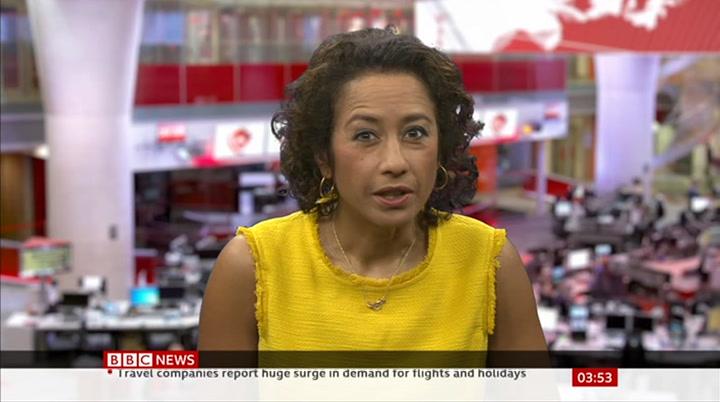 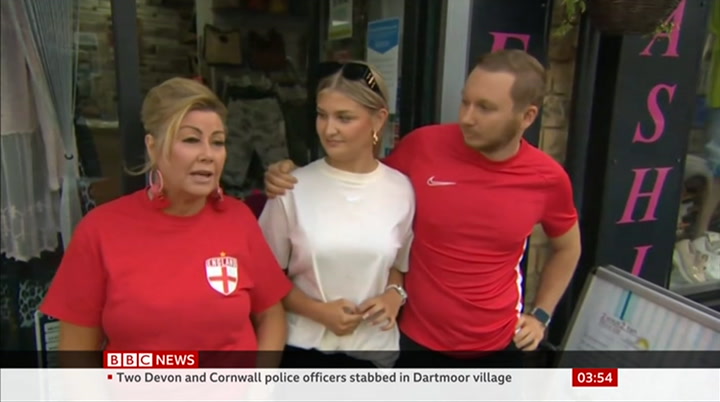 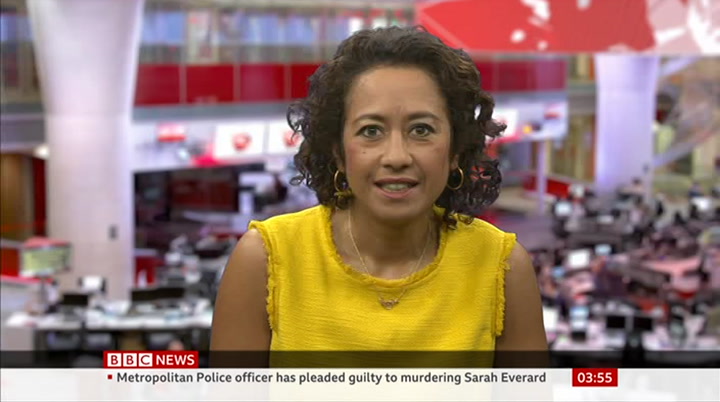 that is all from us, we will be back to hear your thoughts again next week. goodbye. hello there. it's looking unsettled this weekend as well, but it's not going to be raining all the time everywhere. there will be some places staying dry, but the general theme this weekend is for sunny spells and for scattered showers to develop. again, these will be heavy and thundery, and slow—moving as winds will be light. if you look at the pressure chart for saturday, we've got this weather front across the south, bringing an area of more persistent rain to southern counties. it will continue its journey eastwards through the morning through the channel islands, southern and south—eastern counties of england, then clear away in the afternoon. elsewhere, after a dry start, we'll see those showers developing a little bit further westwards this time, affecting wales, west midlands, north—west england and scotland. again, it will be heavy, slow—moving torrential downpours which could lead to localised flooding. those temperatures range
3:57 am 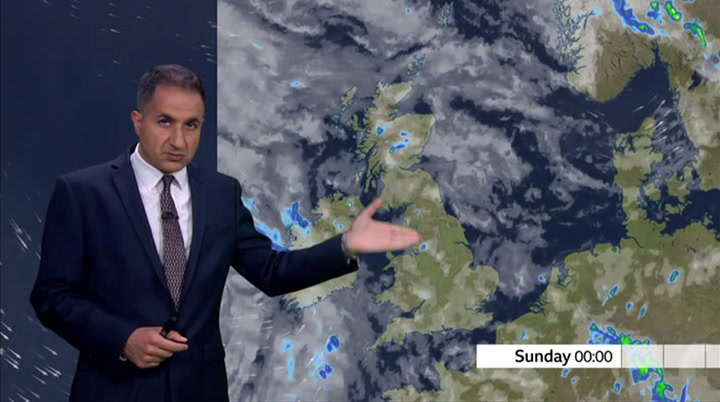 from 19—21 degrees. now, those showers will fade away during saturday evening, and then, overnight, most places will be dry, but rain will start to push into the far west later on, those temperatures in double figures. it's going to be another mild and muggy night for most of us. now, for sunday, a new area of low pressure starts to push in off the atlantic, affecting northern and western areas. it looks like some eastern parts may stay dry altogether with some hazy spells of sunshine. so, most of the heavy showers on sunday will be across more northern parts of the uk, but wales, northern ireland, the southwest of england will start to see areas of more persistent rain moving in. in the east, with that sunshine, we could see 22—23 celsius, and again, it's going to feel quite humid. so, for wimbledon this weekend, saturday, the early rain will clear away to leave something a bit drier into the afternoon. sunday, mainly dry, but i still can't rule out the odd shower there. and for wembley on sunday, certainly it's a dry start, but into the evening, we start to see some of that rain in the west pushing its way eastwards. that's because this area of low pressure will be working its way southwards and eastwards across the country.
3:58 am 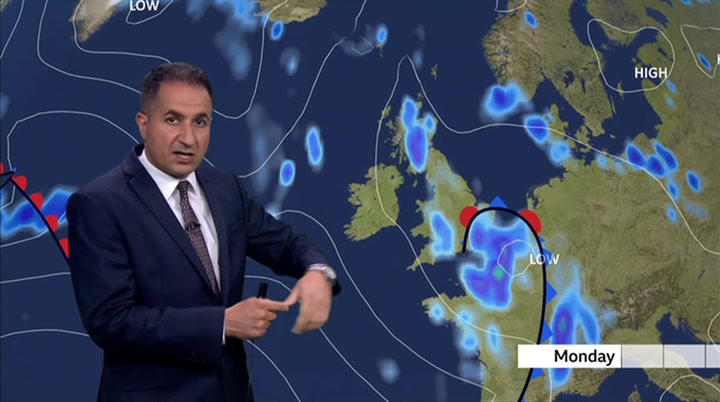 by monday, this is the position it'll be in. it's going to bring a very unsettled day. most northern and western areas will see sunny spells, some heavy showers. it's england and wales which will see the cloudiest skies and areas of heavy, maybe even thundery rain affecting central and southern areas, which could lead to some issues. the temperatures not quite as high —19—20 celsius will be the high. the heavy, thundery showers clearing away from the south and east on tuesday and wednesday. by the mid—latter part of the week, high pressure wants to build in, so it'll start turning sunnier, drier, and warmer.
3:59 am 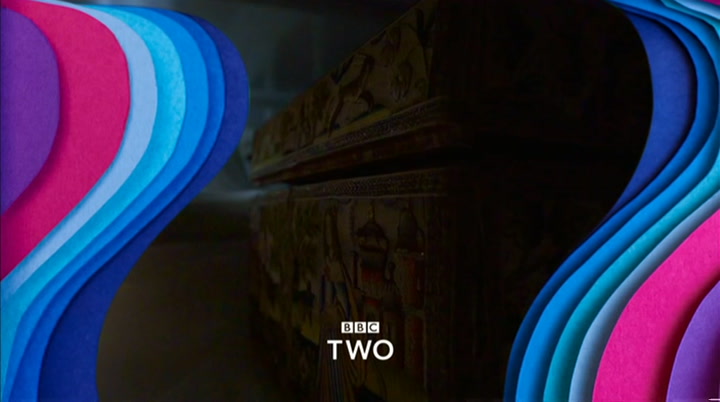 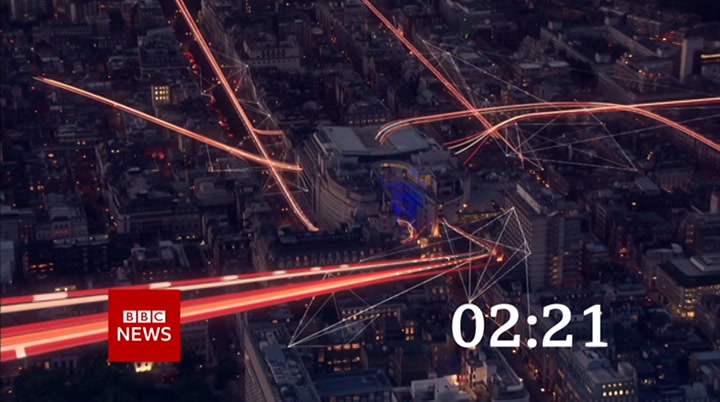 this is bbc news. i'm rich preston. our top stories: following the assassination of haiti's president — and the unrest that followed — the country's senate nominates an interim successor. the taliban are rapidly retaking land across afghanistan as the us—led mission withdraws the last of its troops. if the taliban push for a military solution, the outcome is likely to be a long war. california braces itself for a weekend of record—setting temperatures, as the heat continues to rise on the west coast. and — a comeback on wheels — mark cavendish equals the record of stage wins in the tour de france.
left
right
Borrow Program
tv

Is BBC News scaring people unnecessarily over rising Covid-19 cases or showing too much enthusiasm for relaxing restrictions?