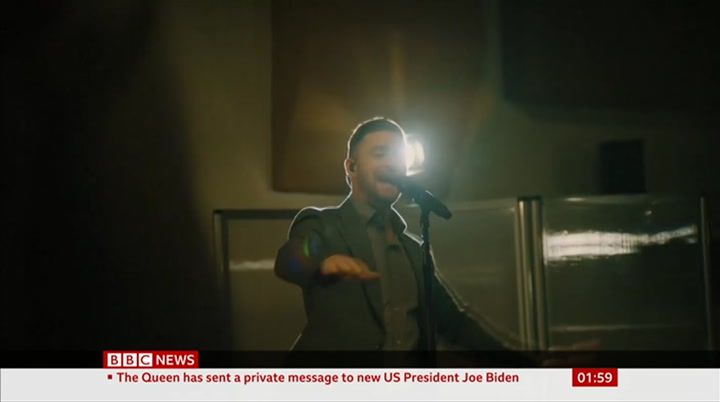 a new day for america — joe biden is sworn in as the 46th president of the united states. as vice president — making history as the first woman ever to hold the post. getting straight to work. the new president signs a blizzard of executive orders — and says he received a personal note from his predecessor. the democrats take control of the senate — swearing in new members — giving president biden a narrow majority in both chambers of congress. welcome to washington. i'm laura trevelyan. mike embley is in london. president biden has
2:02 am

already been hard at work in the oval office. on his first day, joe biden signed i7 executive actions, 15 executive orders, some of which we —— will reverse actions set by his predecessor, former president donald trump. the executive actions will make changes to the us response to the covid—i9 pandemic and try to ease some of the financial strain placed on americans resulting from the pandemic. but other executive actions directly target and undo mr trump's actions on the environment, immigration, the us census, and regulatory changes. president biden's press secretary, jen psaki, has just held her first briefing. she was asked how she and the president plan to combat disinformation. well, ithink, peter, there are a number of ways to combat misinformation. one of them is accurate information and truth and data, and sharing information even when it is hard to hear. and even when it is not meeting the expectations
2:03 am

of people at home who are desperate for this crisis to be over. we'll have more to share with you in the next few days, hopefully before the weekend, but what we plan to do is not just return these daily briefings — monday through friday, not saturdays and sundays, i'm not a monster — but also to return briefings with our health officials and public health officials. we want to do those regularly, in a dependable way, with data shared with all of you and with the public so they can also track progress we're making on getting the pandemic under control. jen psaki there in herfirst press conference as white house press the bbc�*s david willisjoins me now from los angeles. there is a strong stress they are on truth and the importance of the facts. a sense of business as usual and yet it is not really business as usual, four years of trump did happen and a whole bunch of people don't believe anything they hear from authorities or
2:04 am 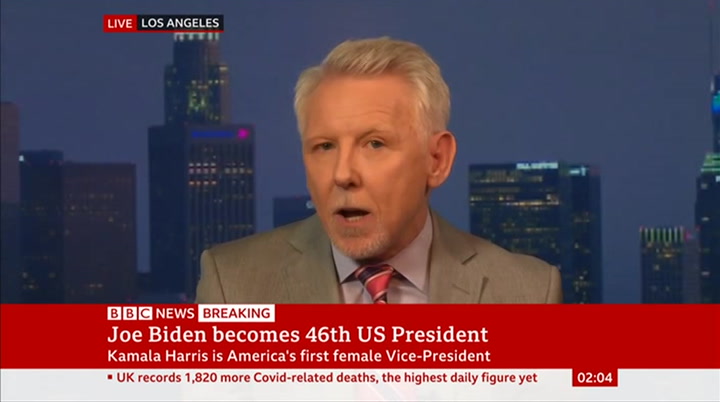 a trial could be a divisive at a trial could be a divisive at a time whenjoe biden is all about unifying this country. ms saki didn't address the question full on but she did say that it is possible she it is possible for the senate to multitask, she put it. that they could hold hearings in the morning and then go about their business the rest of the day. that normal business of course is important stuff. it involves hearings and investigations into joe hearings and investigations intojoe biden's nominees for cabinet and other senior positions. they are positions that he was to fill quickly. i might add on that note, this evening, joe biden's cabinet nominee was confirmed. avril hayes will be the first woman to lead the us intelligence
2:06 am 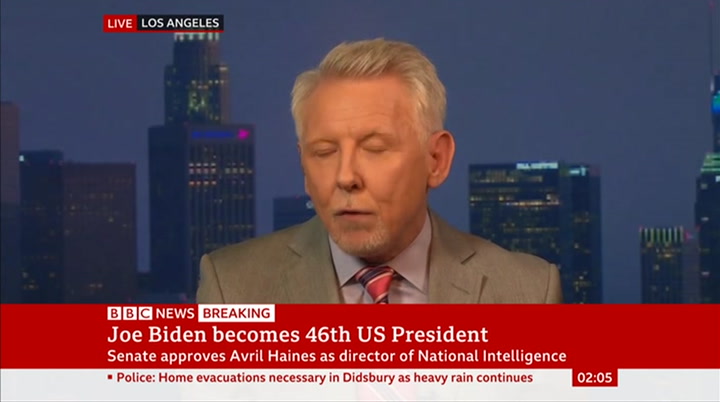 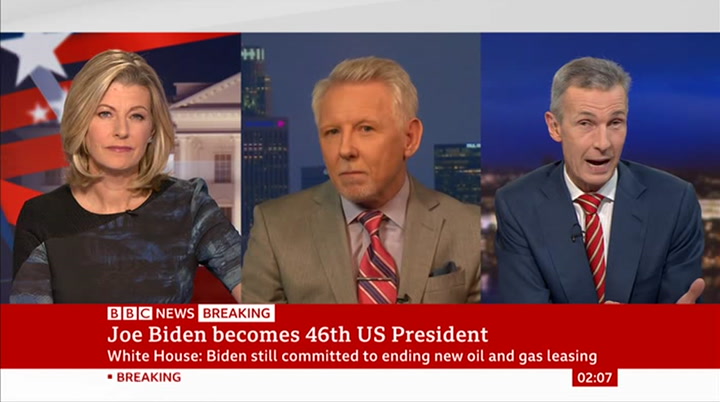 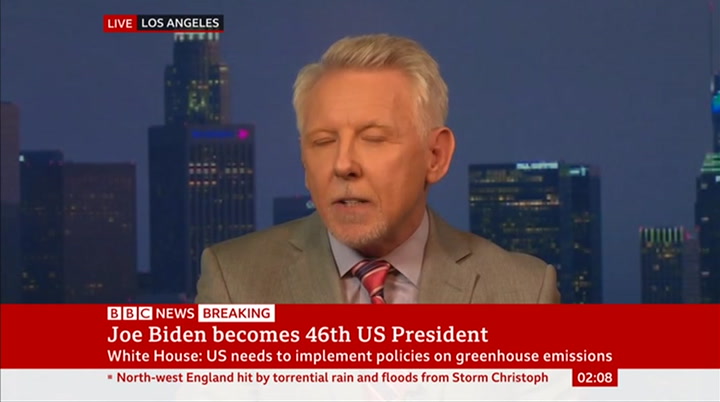 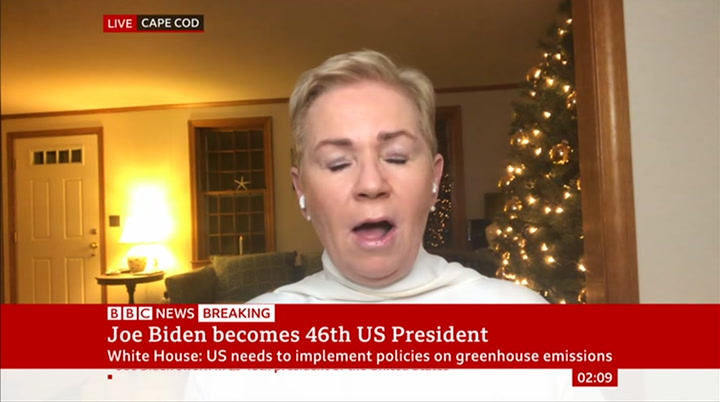 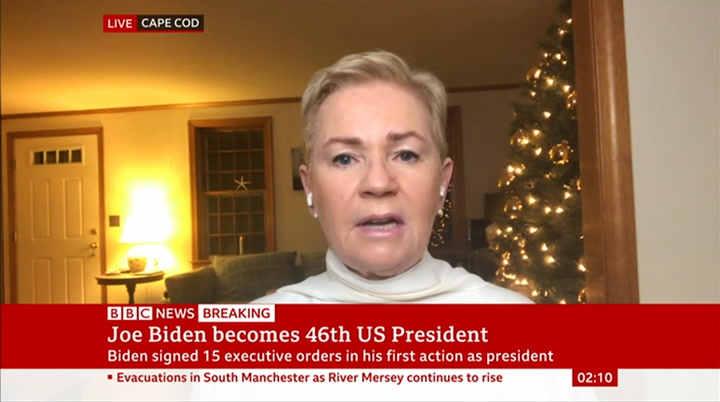 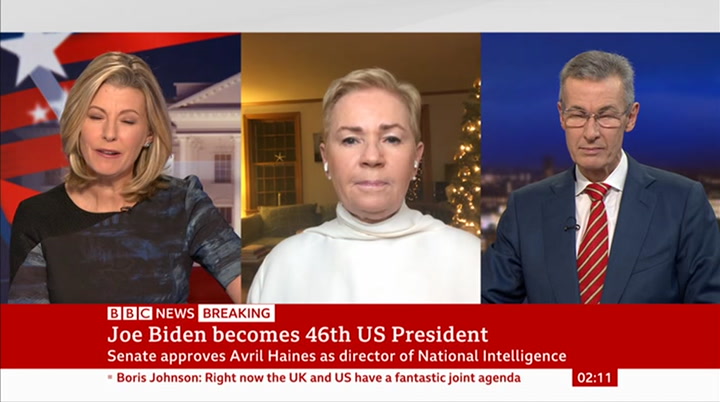 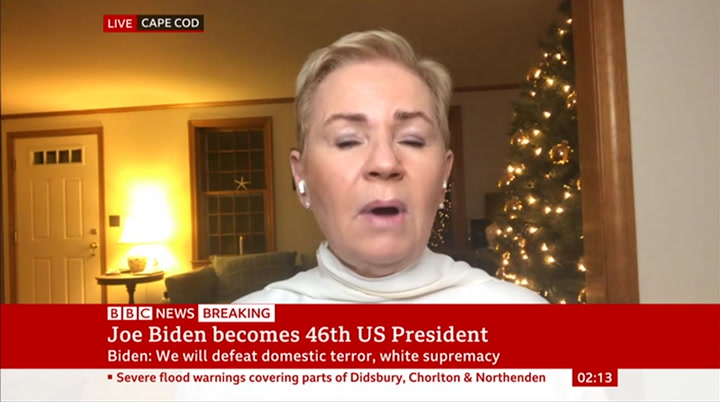 of federal government and federal courts and the supreme court ruled against him. so i think that was one of the things that everyone took great comfort in, is that institutions like the courts, institutions like the courts, institutions like the courts, institutions like congress were able to hold us together, even at the greatest peril we faced two weeks ago and yes, our democracy was challenged but as biden said today in his speech, it made us stronger i think we all have to take comfort in that. there will be divisions, it is clear when it comes to trying to get some legislation passed in the senate in particular where there are small margins, the house has a very small margin, it doesn't mean that the democrats and wide and are going to be successful right out of the gate, but i think there are opportunities to work together, even though donald trump has left his imprint, he did a lot of damage in four years, but i don't get will take a full four years to undo all off a lot of that. and you saw that tonight with the executive orders. the hiring of a lot of people, the approval of the nomination and
2:15 am 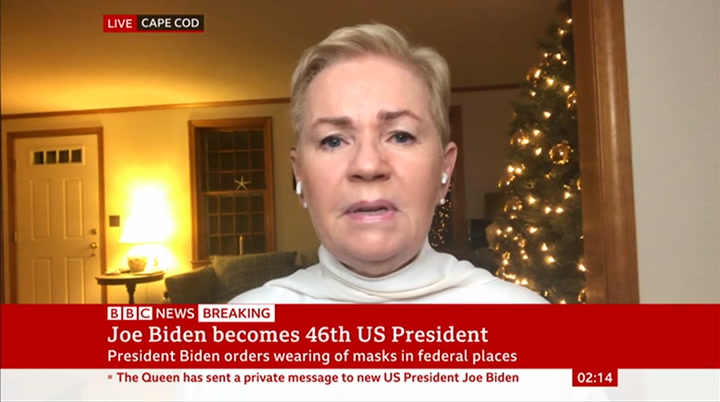 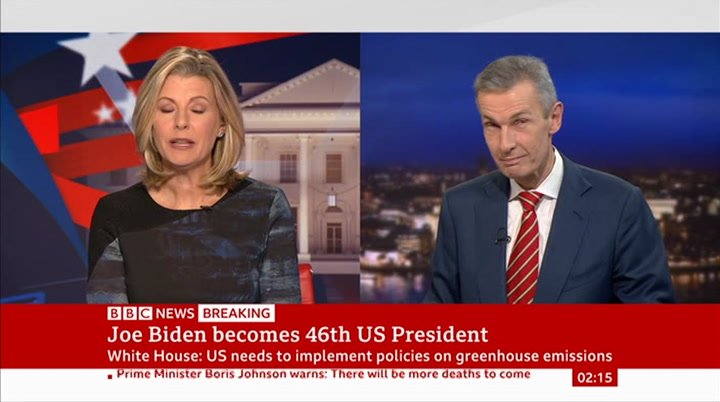 via her spokesperson — she said: french president emmanuel macron tweeted: and joe biden, america's second catholic president, has heard directly from the pope — who wrote: "i extend cordial good wishes and the assurance of my prayers that almighty god will grant you wisdom and strength in the exercise of your high office". our north america editor jon sopel looks back on a different inauguration. music. so far, so normal. announcer: ladies and - gentlemen, the president-elect of the united states. this is what america does every four years, but everything about today was exceptional, given the last two weeks, given the pandemic and the security situation, given the presidency that was ending. at first glance, the west front of the capital looks much as it always does
2:17 am 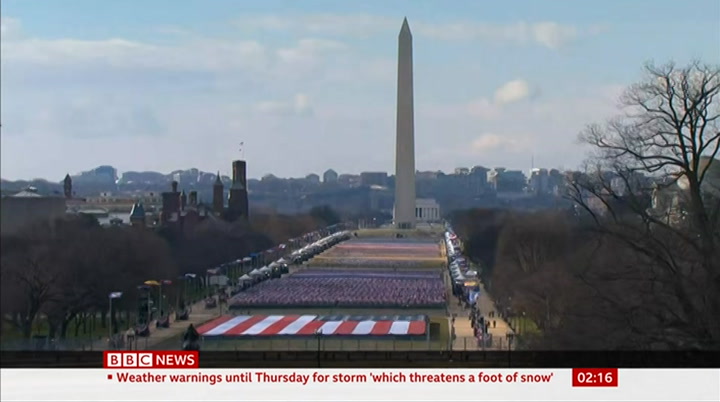 on inauguration day, but look towards the washington monument and the normal forest of people has been replaced by a garden of flags. a socially distanced inauguration for a nation tearing itself apart. the oath of office, taken by the man who's now tasked with healing the nation's wounds. ijoseph robinette bidenjunior do solemnly square... that i will faithfully execute... the office of president of the united states... the platform where he stood two weeks ago was the staging post for the assault on congress, then the mob ruled. today, democracy had come through, but it was a close run thing. we have learned again that democracy is precious, democracy is fragile and at this hour, my friends, democracy has prevailed. cheering and applause. he warned america was in
2:18 am 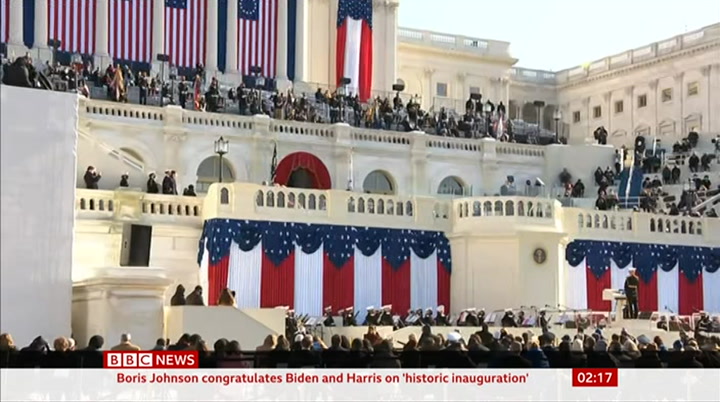 the midst of a winter of peril, and has any new president had to confront such an array of problems — covid, economic turbulence, racial unrest. and the passions inflamed by donald trump's insistence that the election was stolen. today, on this january day, my whole soul is in this. bringing america together, uniting our people, uniting our nation, and i ask every american to join me in this cause. joe biden never mentioned donald trump by name, but it was a firm repudiation of all that he stood for, though he was careful to reach out to the former president's supporters. we must end this uncivil war that pits red against blue, rural versus urban, conservative versus liberal. we can do this if we open our souls instead of hardening our hearts. at 78 years old, joe biden
2:19 am

becomes the oldest man to become president, but the real history is being made by his deputy, kamala harris, the first woman vice president, the first of black and indian heritage, an example of the american dream. so help me god. applause. though covid has brought drabness, this inauguration had sparkle, with lady gaga, complete with gold microphone, singing the national anthem. # what so proudly we hailed at the twilight�*s last gleaming. and jennifer lopez, too. # let's get loud. the political good and great were out in force, three former presidents were in attendance, republican and democrat — and former vice president mike pence was there as well,
2:20 am 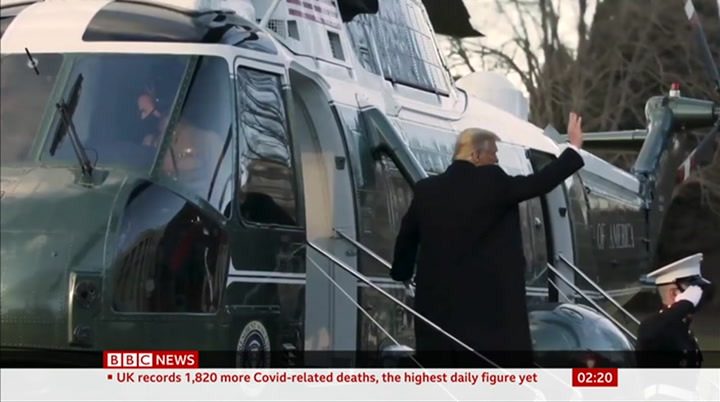 choosing the inauguration over a rival attraction a few miles away. and that's because donald trump had decided to break with 150 years of tradition and snubjoe biden. normally, the outgoing president meets the successor at the front door and rides with him to the capitol, but mr trump was slipping out the back, still incapable of accepting that he lost the election. though the former reality tv host—turned film director, tried to orchestrate his own departure. he awarded himself a military sendoff, complete with 21 gun salute and his parting shot will have delighted his supporters and horrified his detractors. a goodbye, we love you, we will be back in some form. and the music was spot on as he flew off on air force one for the last time. # it was my way...
2:21 am 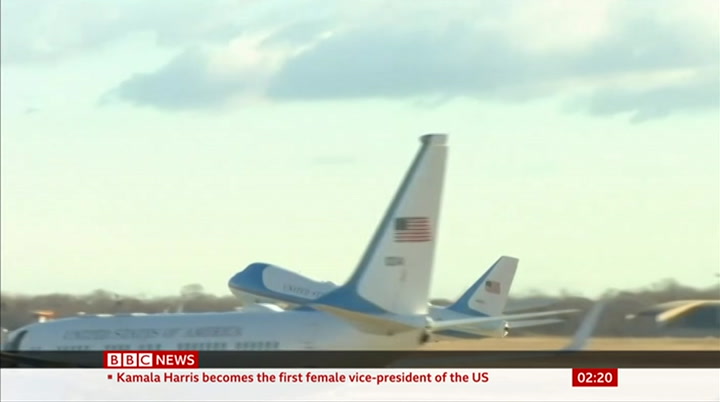 by the time now ex—president trump arrived in florida, melania had gone from sombre black to beach club chic. never comfortable in washington, she might find the transformation a whole lot easier than her husband. joe biden is now in the white house and he wants to hit the ground running. there will be a flurry of executive orders to reverse a lot of trump era policies, but policy always change with a new president. what will be so different is the manner of governing. crazy town is likely to be replaced by dullsville but maybe that's what america needs right now. jon sopel, bbc news, washington. how the atmosphere here in
2:22 am

washington has changed. �*i3 washington has changed. 13 hours since president trump left and already we have a new press secretary and a blizzard of executive orders and, now, a point at which foreign countries look differently and to that and china and russia will have their own very pressing reasons for assessing the new president's priorities and intentions, as will the uk. we will hearfrom and intentions, as will the uk. we will hear from john in beijing, stephen moscow but first to laura here in london. uk prime minister is like to see presidents as diplomatic best friend. both nations have a partnership to go back for so long with unrivalled working particularly when it comes to security and defence. and when that friend is unconventional and unpredictable, as was donald trump, it can make for some awkward political moments. so for the government today it is a positive turning of the page.
2:23 am 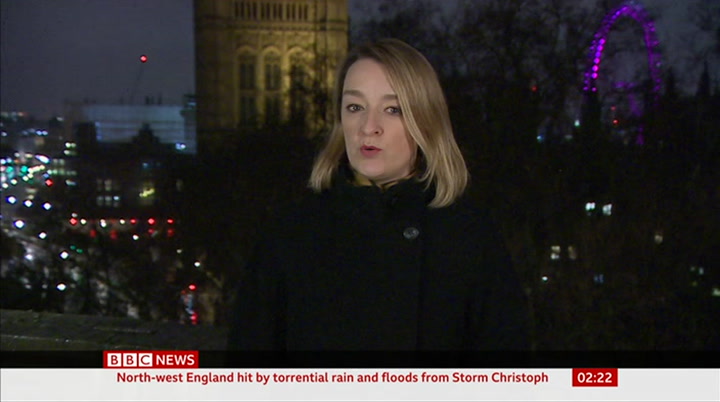 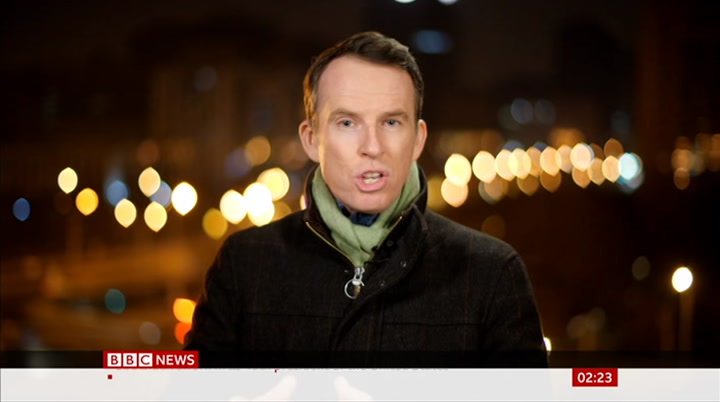 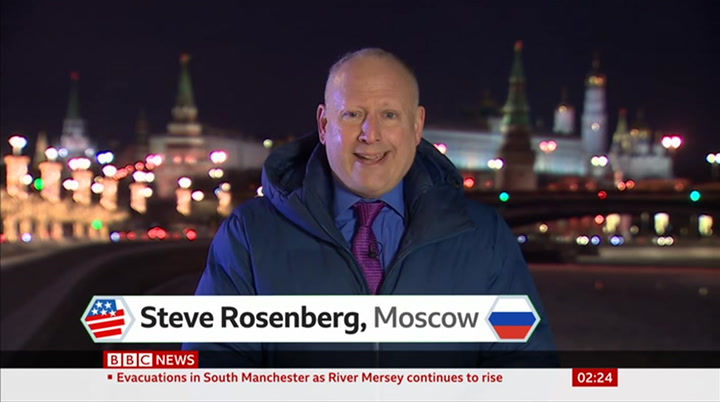 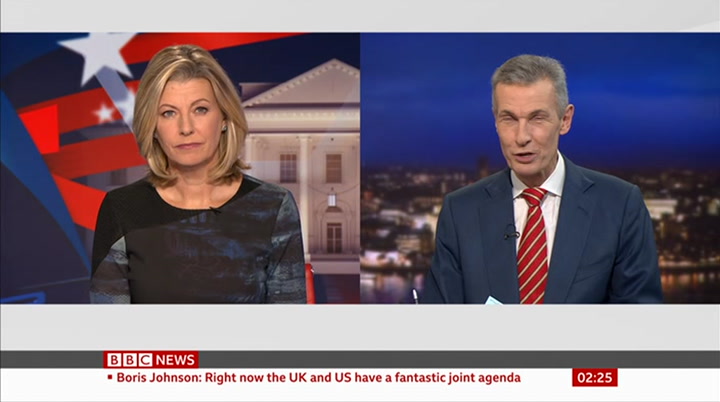 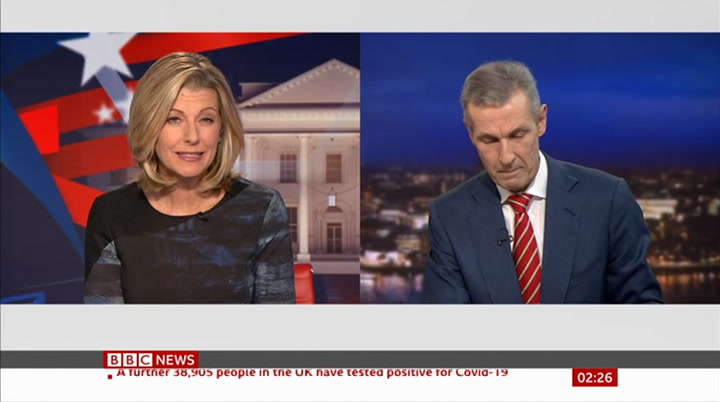 got leading black economists filling key economic posts and kamala harris, as you were just saying, is making history on two fronts. not only is she the first woman ever to be vice president but she is both jamaican and indian in dissent and so she is breaking barriers all over the place. remember four years ago in new york city, hillary clinton had a special glass ceiling that had been built in the jacobjavits centre that was supposed to shatter when she was elected president. of course that did not happen but now, the biden administration, four years later, despite being headed by a white logo, nonetheless is going to be the most diverse in history. and despite american —— across america tonight and across the world, people are
2:28 am 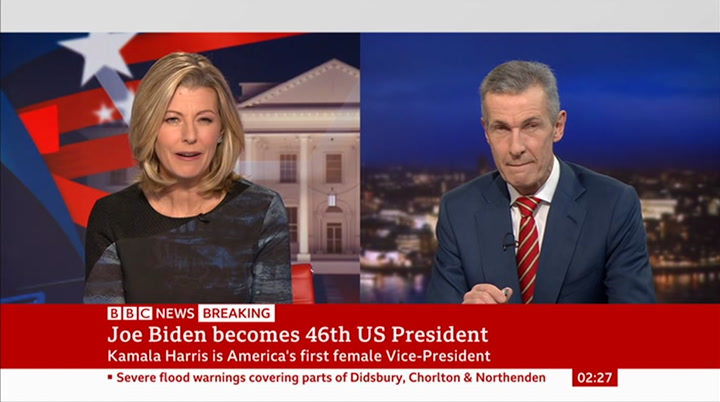 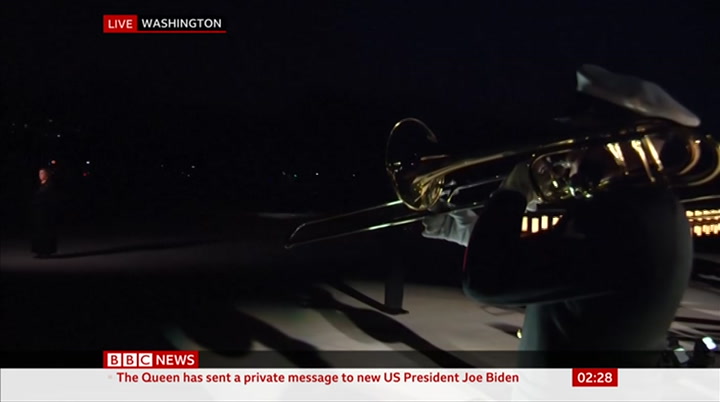 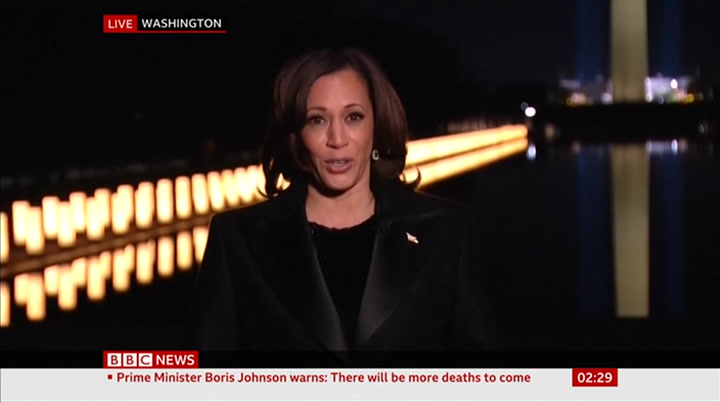 the middle of the civil war, abraham lincoln saw a better future and built it in the middle of the civil rights movement, dr king fought for racial justice in american justice. aspiration is what drove the women of this nation throughout history to demand equal rights and the authors of the bill of rights to claim freedoms that had rarely been written down before. a great experiment takes great determination. the will to do the work and then the wisdom to keep refining, keep tinkering, keep perfecting, the same determination is being realised in america today. i see it in the scientists were
2:31 am