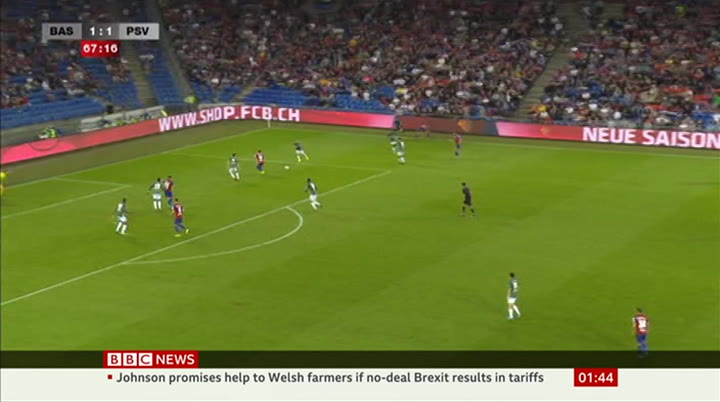 and basel move through to the third qualifying round of the uefa champions league after knocking out former winners psv eindhoven. hello and welcome to the programme where we start with the news that caster semenya will not be able to defend her world 800 metres title in doha in september after a setback in her challenge to the restricting of testosterone levels in female runners. the south african has twice appealed against iaaf rules preventing her from running without medication, and she had been able to race while awaiting the decision of a swiss court, having previously lost an appeal to the court of arbitration for sport in may. but now the swiss supreme court has reversed that ruling which means semenya would be obliged to submit to hormone—reducing medication, something she has resolutely refused to consider, in order to continue to compete. semenya released a statement
1:46 am 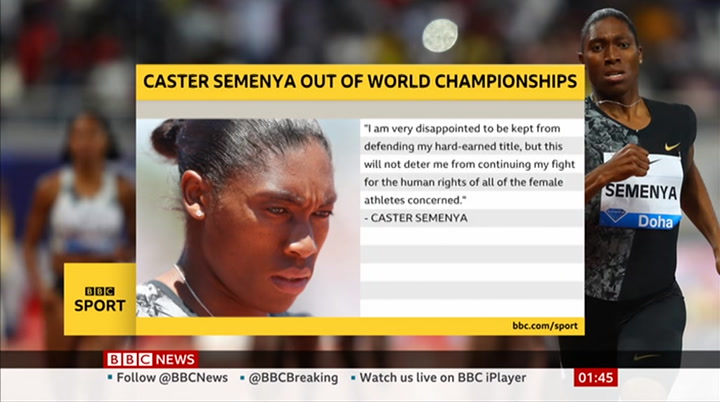 saying: "i am very disappointed to be kept from defending my hard—earned title, but this will not deter me from continuing my fight for the human rights of all of the female athletes concerned." the iaaf said they would only comment once they have read the full reasoning behind thejudgement. "we understand the swiss federal tribunal will be publishing its full decision on this order tomorrow and the iaaf will comment once the tribunal makes its reasoning public" the organisers of the 2022 commonwealth games have defended their decision to remove shooting from the programme. india have threatened to boycott the games in birmingham over the issue. at last year's commonwealth games in queensland, india won 16 medals in shooting — 7 of them gold. they're concerned that their ranking and their medal haul will be affected if birmingham gets its way. dan pallett reports. in india, they love the sport of
1:47 am 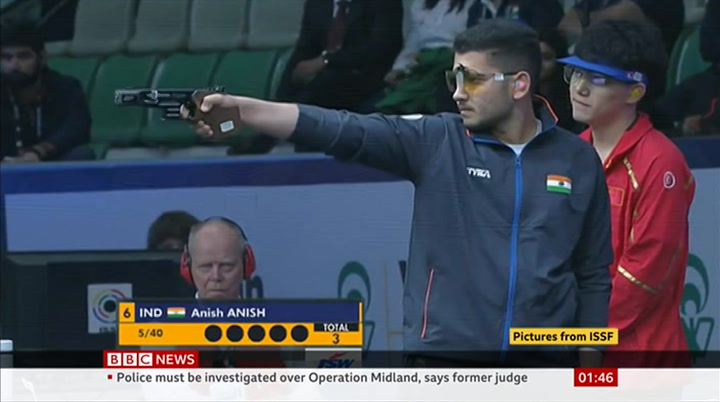 shooting. and they are good at it. they hosted this world cup event in february. now the starting gun has been fired in a row that could see india boycott the 2022 commonwealth games in birmingham, unless shooting is included. we are hopeful it won't get to that. we have had an open and transparent process and we have not recommended shooting be added. and they are disappointed at that decision but hopeful it will result in them coming to the games anyway. shooting was on the shortlist of potential sports but the birmingham 2022 organisers chose beach volleyball, para table tennis and women's t20. this week marks three yea rs women's t20. this week marks three years until the start of the 2022 games celebration was hosted in the city centre. they also released a new promotional video showcasing the
1:48 am 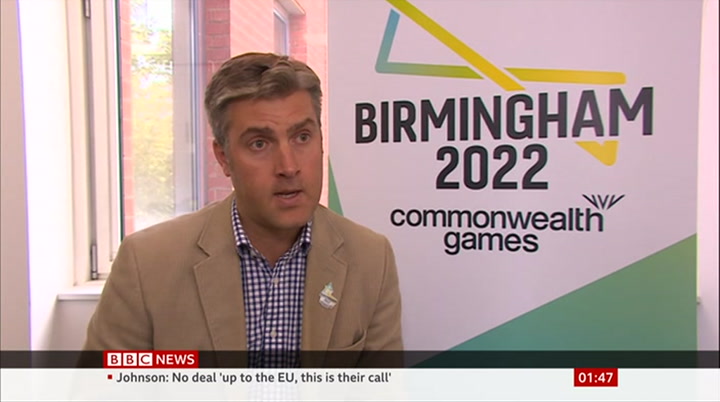 videos, with cycling already happening in london they did not wa nt happening in london they did not want another sport happen outside the west midlands. to put on all four disciplines of shooting it would have had to have taken place out of west midlands. there is a limited benefit to the west midlands not having the event. india's campaign now has the backing of their olympic association and birmingham 2022 has its first big problem. now to football where jill ellis is stepping down as head coach of the us women's team after guiding the team to back—to—back world cup titles. the 52—year—old, who was born in the english city of portsmouth but moved to the us as a teenager, was appointed in 2014 and led the team to their first world cup victory in 16 years in 2015 before repeating the feat this year in france. there was an upset in the european champions league on tuesday as basel overturned a first leg deficit to knock out the former champions psv eindoven. basel were 3—2 down from first leg — but eray cumart rifled in the opening goal
1:49 am 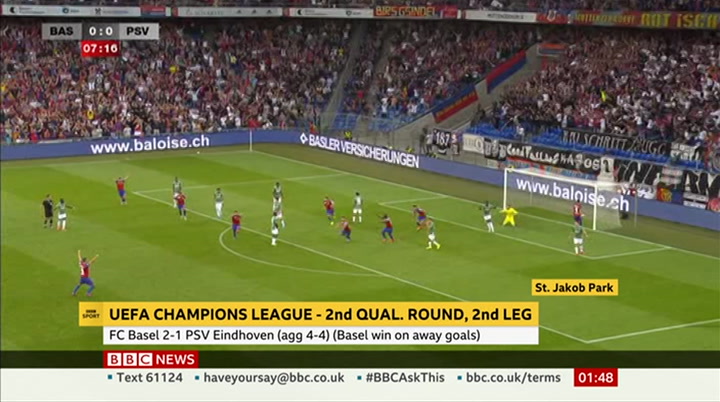 of the second leg, afterjust 8 minutes, to wipe out psv‘s lead. midway through the first—half, bruma's powerful header made it i—all on the night — and the dutch side were back in front on aggregate. but they were knocked out by a dutchman — ricky van wolfswinkel with the goal that made it 2—1 to basel on the night, and a—all on aggregate meaning they go through on away goals. so, psv are out — but another former winner, celtic, are through. they won 2—nil in estonia, to complete a 7—nil aggregate victory over nomme kalju. there are still two more knockout rounds before the group phase. elsewhere, the preseason friendlies continue — including the biennial audi cup at munich‘s allianz arena, where the host club bayern munich thrashed fenerbahce in the semi—finals. thomas muller scored a hat—trick as the german champions hammered the turkish side 6—1. earlier, tottenham hotspur beat real madrid
1:50 am 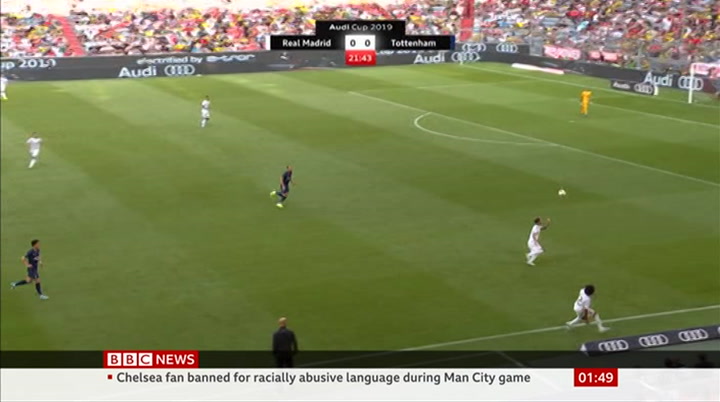 in the first semi—final. a wayward back—pass from marcelo was pounced on by harry kane who scored the only goal of the game — midway through the first half. spurs will now play bayern in wednesday's final. we are looking to try to be better every single day, to try and improve in the way we play, to try to establish a strong season. i think we wa nt establish a strong season. i think we want to start the season with a good dynamic and start to win. that is why i think we are happy because i have seen our dynamic from the beginning of the season, i think is going well. american caeleb dressel was the standout swimmer of this year's world championships which finished on sunday. the 22—year—old won a record eight medals — six of them gold. he also broke one of michael phelps's world records which had stood for 10 years. but who is the man behind the medals? the bbc‘s nick hope has been to florida to meet him.
1:51 am 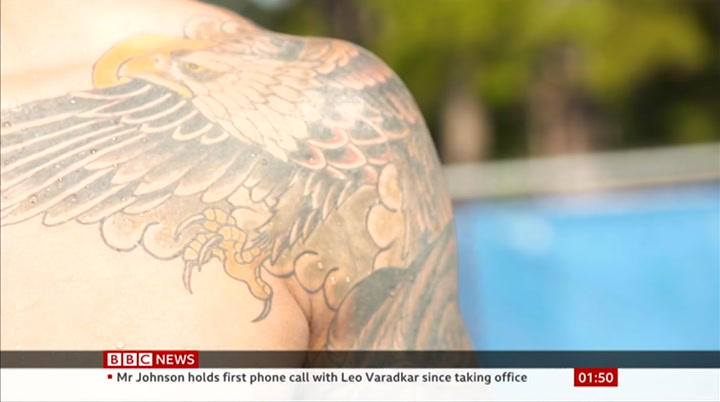 caeleb dressel is a truly unique athlete both in and out of the water. you are so pretty. so really the chicken, i'd got her as a joke almost but i did want some fresh eggs. she is funny. you hear her clocking around and being obnoxious. something nice to have outside the pool did it especially my dog. i don't have thousands of animals and iam don't have thousands of animals and i am biased towards my dog and my chicken. i grew up in florida. it is outdoorsy. i like coming out here with jane and in my backyard there is trees and water everywhere. did you always love swimming? no, i did not. it was the opposite. when i was 12i not. it was the opposite. when i was 12 i hated swimming. i was a 12—year—old kid who just wanted run around and get hurt. swimming did not offer that to me in the least. that there was something about the
1:52 am 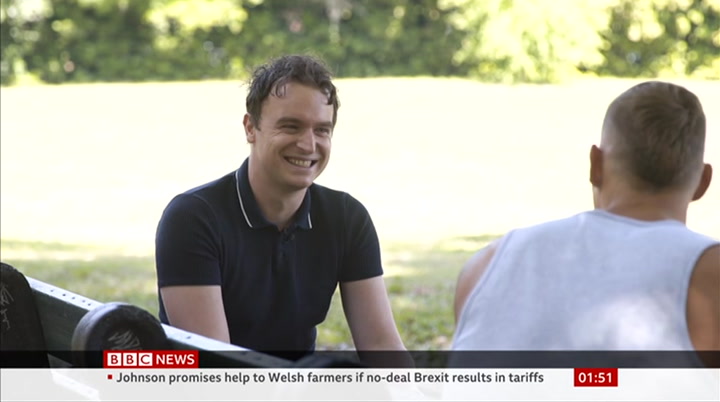 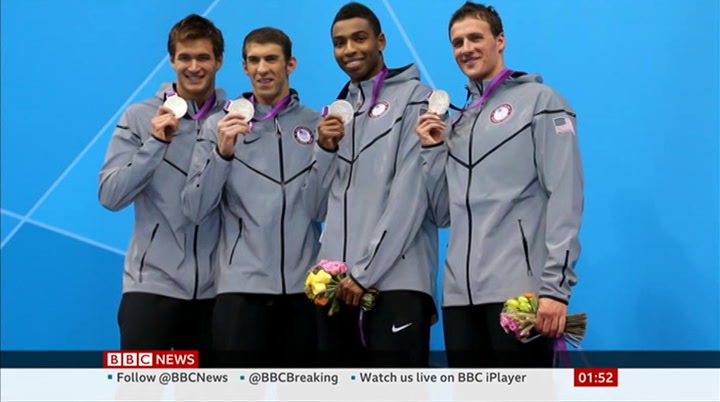 name to lead a new generation. a swimmer in his own right, a new name to lead a new generationm people want to pin it on me i would like to step up and be a leader. there are some assumes to feel that backfill in team usa. i hope i could be half the leader that the previous quys be half the leader that the previous guys have been. how different does that feel? there is a different amount of leisure on me. that feel? there is a different amount of leisure on melj understand that. what an honour and privilege. i want to stay consistent and great within the sport in the best way to do that is to always consider yourself the hunter instead of the hunted. caeleb dressel has the medals in the mentality to become one of swimming ‘s all—time greats. dillian whyte's status as the wbo interim world heavyweight champion has been suspended — and so has his position as mandatory challenger to deontay wilder. the british boxer tested positive for a banned substance three days before he beat oscar rivas, on points, on the 20th ofjuly. he was cleared to take part in the fight with the colombian after attending an independent panel hearing. whyte will be allowed to present his case to the wbc who he's been number—one ranked with — behind american champion wilder — for more than 600 days.
1:54 am 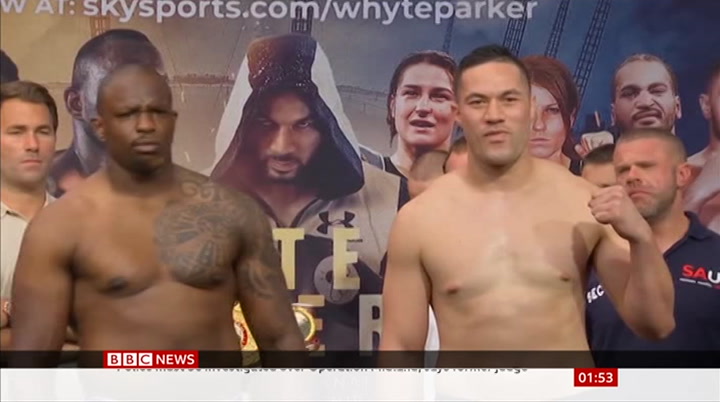 cricket, and in the women's ashes, australia will look to complete a t20 series whitewash over england when they play the last of their three games in bristol on wednesday. they lead by 12 points to two in the multi—format series and have already retained the ashes — having only dropped points in the rain—affected drawn test match. the men's ashes series is due to get under way on thursday but poor weather has hampered pitch preparations in birmingham. heavy rain has been falling at edgbaston with the outfield showing plenty of surface water less than 48 hours before the start of the five—match series betwen england and australia. you can get all the latest sports news at our website — that's bbc.com/sport. but from me and the rest of the sport today team, goodbye.
1:55 am 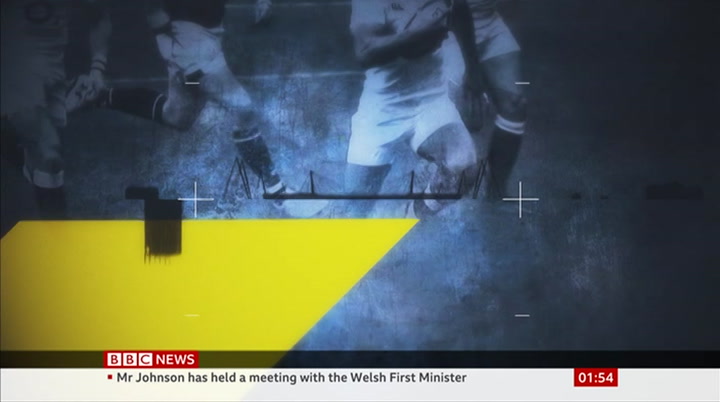 tuesday brought a destructive combination of weather to some parts of the british isles. across the southern counties it was all about the strength of the wind which downed a number of trees at a number of locations but further north, particularly across the northern parts of yorkshire it was the rain and thunderstorm activity brought by this area of low pressure that cause real problems, with anything up to 100 millimetres of rain falling in a very short space of time, hence the flooding in northern parts of yorkshire and indeed elsewhere across the north of england. we are not done just yet. that low pressure taking time to drift offshore into the north sea. a much improved day across the southern counties of england and through the midlands into wales. fewer showers to report here and less in the way of wind. still some intensity about the showers in the north of england and also into the western side of scotland. from wednesday on into thursday,
1:56 am 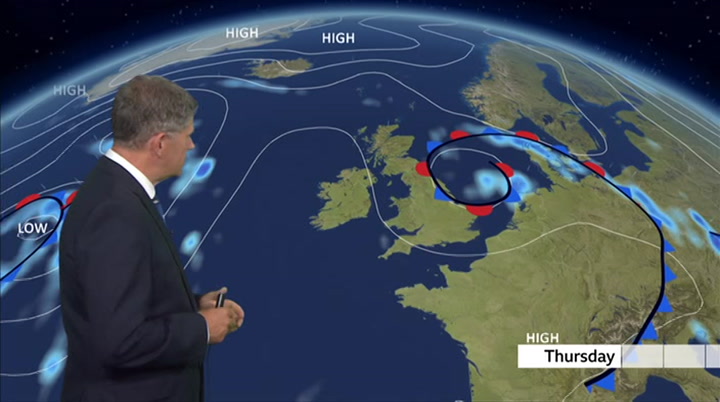 the low pressure will eventually drift offshore but the western flanks still supply a gaggle of showers into some of those eastern facing counties. with, again, the possibility of thunderstorms developing later in the afternoon across central western and north—western parts of scotland. northern ireland faring decently and again the southern counties for the most part escape any shower activity. that trend to a spell of somewhat quieter weather will take us out of thursday and on into friday. a very weak area of high pressure will just about kill off the remnants of the showers for most parts of the british isles. the odd one or two could not be ruled out but you do get the sense from the broader picture that many areas will enjoy a fine day with a decent amount of sunshine and just a couple of showers left behind. with that increase in sunshine, less in the way of wind, i think we will find temperatures picking up by a degree or two.
1:57 am 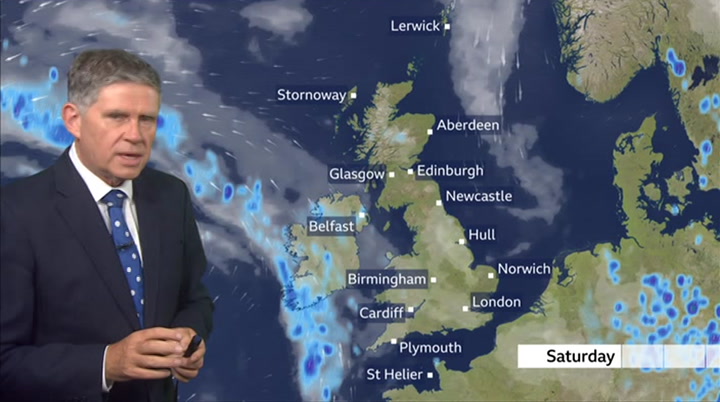 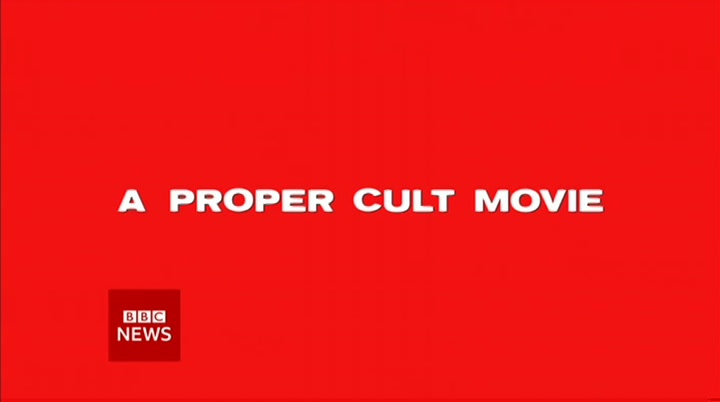 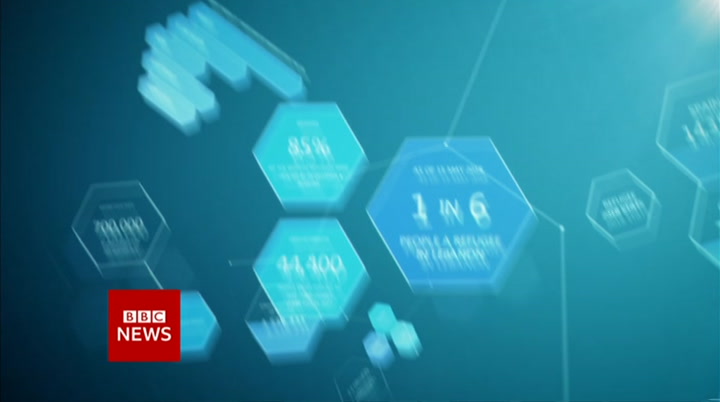 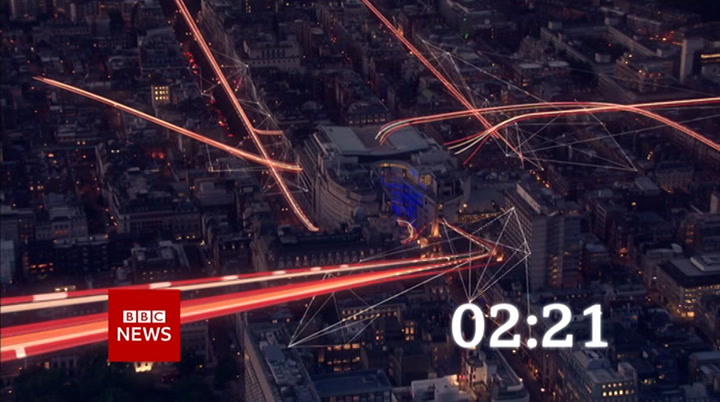 welcome to bbc news, i'm mike embley. our top stories: north korea fires two short range ballistic missiles from its east coast — the south korean military says they landed in the sea ofjapan. the democratic party's 2020 presidential hopefuls are starting a second round of debates on the road to the white house. russia launches criminal proceedings into saturday's free election protests in moscow. anyone found guilty could face up to 15 years injail. and why this tiny village in the alps has become a must—see attraction for tens of thousands of tourists from asia.
left
right
Borrow Program
tv

All the latest sports news and results from around the globe.